Welcoming a Refugee Family to Chicago 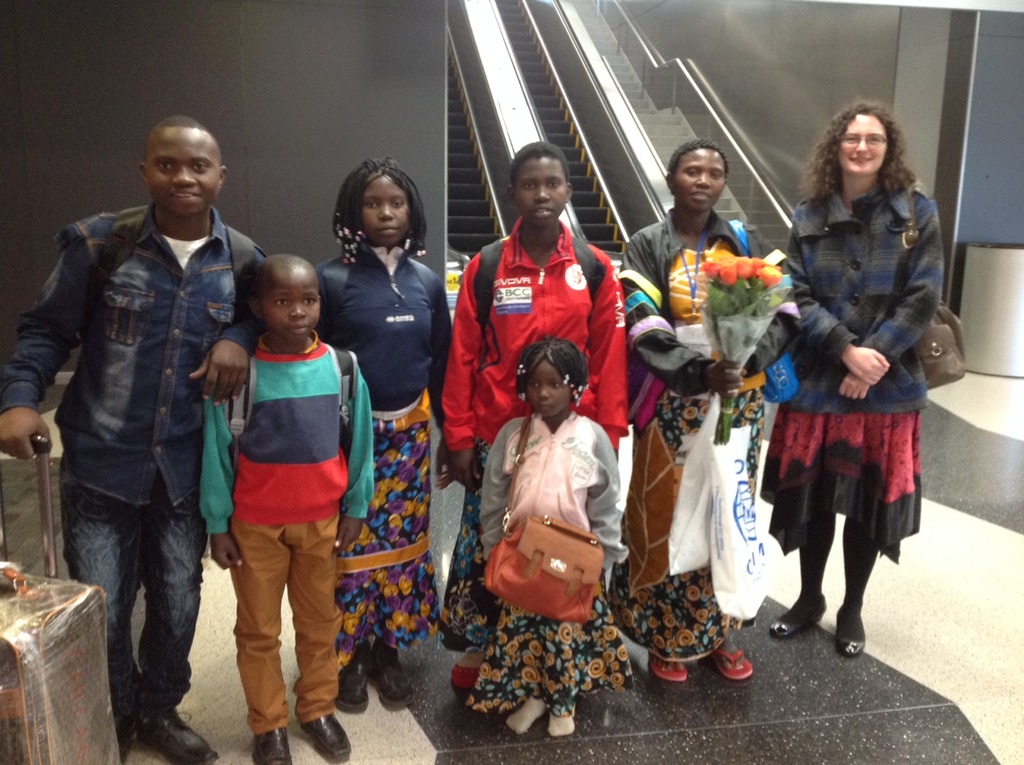 I recently signed up with RefugeeOne to mentor a refugee family from Rwanda. Mentors make weekly home visits to help newly-arrived refugees become self-sufficient and acclimate to American culture. Most mentors don’t get the opportunity to meet the family at the airport, so I was very excited to meet them and work with them from the very beginning.

The mother, Agnes, and her five children (ages five to sixteen) arrived at Chicago O’Hare Airport with only two small suitcases and travel documents. Along with RefugeeOne staff, I greeted the family with flowers, and we drove them to their new Chicago home. When we arrived at the apartment, I showed them how to turn on a lamp, use the shower, and work the stove. After eating lunch together, we left so the family could rest. They were exhausted since they’d been in transit for over 30 hours.

Two weeks later, I met the family for our first mentorship meeting. I was a little nervous, but as soon as the family heard the word “teacher,” they pulled out notepads with the alphabet written on them, and we spent the first lesson reading and writing the letters. After two hours of practice, Agnes and the three oldest children could recite every letter of the alphabet, except H (it’s a tricky one).

The next week, I took the family to a local agency to get clothes. Since the family arrived with a very limited supply of clothing, we ended up getting a lot of clothes. In fact, I wasn’t sure how we would carry everything! Fortunately, Agnes had an idea; she tied a jacket around the bulk of the clothes, then carried them on her head all the way home without dropping them.

The following week, the children and I colored together. Crayons and markers were a huge hit! Later, when we read a book about the alphabet, it was obvious that everyone had been practicing because they were much more confident. Agnes can look at words and sound them out very well. She likes to open the dictionary and read the words in English, asking what each one means. I translate with the help of a smartphone and hand gestures. Agnes and her children are eager to learn more, and I think they're going to do very well. I look forward to seeing the progress they make as they adjust to life in the U.S.

Note: RefugeeOne welcomed 447 refugees during Fiscal Year 2014. Juliana is one of 400 volunteers who assist RefugeeOne each year. If you’re interested in volunteering with RefugeeOne, visit our website at www.refugeeone.org and complete an application. 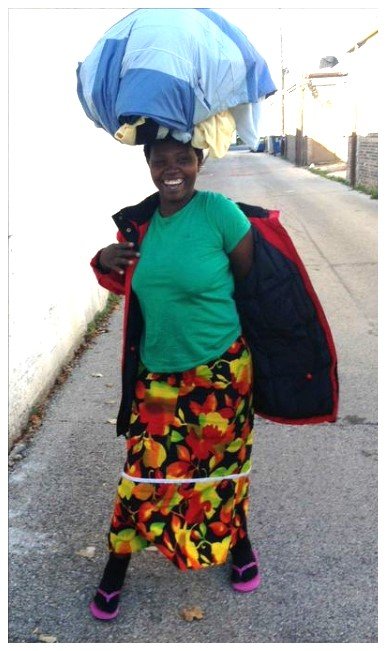