Pursuit of the American Dream 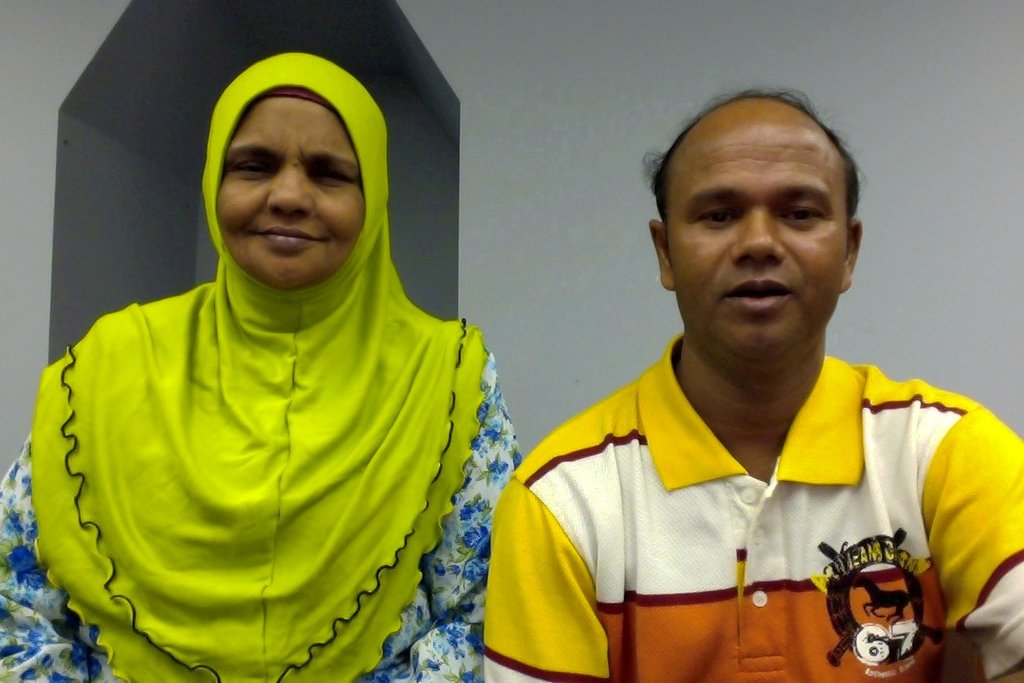 When asked if he would ever return to his home country of Burma (Myanmar), Molto’s answer is a definite “No” and his expression emphasizes that clearly. His eyes are filled with fear and resentment when he points to an indentation on his skull above his left eye and describes the horrible beatings he received by policemen in Burma.

Molto Salim Bin Sultan and his wife, Aminah Binti Aliahmada, lived a relatively normal life in Burma until the day when rebel forces came to recruit soldiers, including Molto. Fearing for his life, Molto made the difficult decision with his family to leave their belongings, their home, and their community in search of safety. For almost four years, they walked through the difficult terrain of Burma, experiencing a nomadic lifestyle filled with hunger, dehydration, and violent attacks from the police. It was during this time that Molto was the victim of the attack that caused him to leave Burma and vow never to return.

The family arrived illegally in Malaysia where they found themselves without any opportunities. Their children could not attend school and they could not work legally. The only work they could find were occasional, unauthorized construction jobs for Molto and seamstress work for Aminah. But this work could barely provide for them and their children. Their situation in Malaysia proved even more difficult with the police closely monitoring and harassing them. They were constantly asked to produce legal documents which they did not possess and had to pay bribes of $50-$100 to avoid being taken to jail. After eight years of these hardships, the family finally obtained permission to reside in Malaysia legally, but for the next 22 years the family still had no opportunities for education or employment.

After 30 years of living in Malaysia, Molto, Aminah, and their youngest son Muhamad were accepted to be resettled in America. In August 2013, they arrived in Chicago. Today, they are thankful for how their lives are progressing and they have hope for the future. The family appreciates how RefugeeOne has helped them learn English, secure housing, and find employment, assisting them on their path to realizing their American Dream of one day owning a home, car, and sending their youngest child to college.

While their future seems bright, they continue to think of family members--sons, daughters, and grandchildren-- that were left behind. They hope that someday soon their whole family will be together again.

There are more than ten million refugees in the world. What can just one person do?

Imagine what the impact would be if

everyone in your family DID ONE THING,

if everyone at your workplace DID ONE THING,

if every member of your congregation DID ONE THING,

if everyone on your block DID ONE THING,

if all of  your Facebook friends DID ONE THING,

and if everyone at your school DID ONE THING...

Collectively, we can make a difference if we each would DO ONE THING.

RefugeeOne is encouraging everyone to DO ONE THING to positively impact refugees beginning new lives in the U.S. Donate through GlobalGiving on October 23 to have your financial contribution matched at 30%. Tell your friends, family and co-workers to DO ONE THING.

When many of us DO ONE THING, the impact is huge.

Achieving Bold Dreams in the Face of Danger 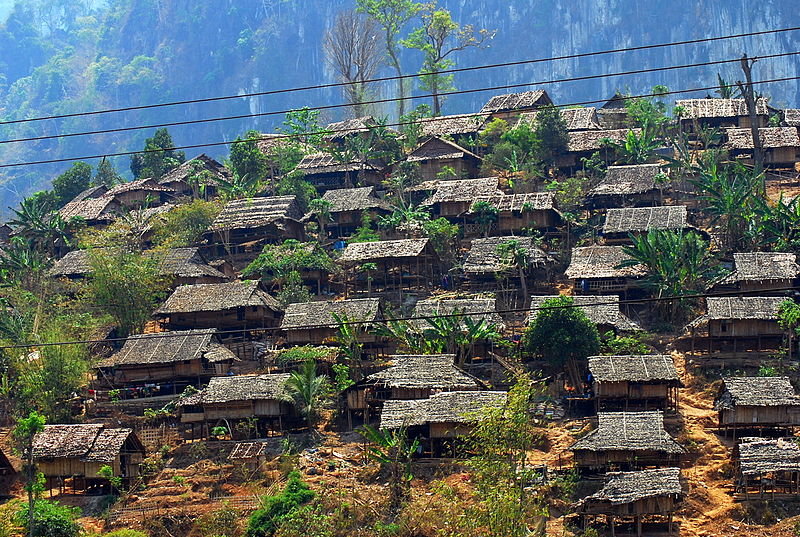 Sein Martin is a refugee who has relentlessly overcome one hardship after another for nearly a quarter century. Born in a small town in Burma, Sein faced ethnic persecution from a young age. As members of the Karen group, one of several ethnic groups seeking greater autonomy in the country, Sein and his family were subject to targeted government prosecution. He and his parents survived by keeping lights out at night and hiding in underground holes. When he was two years old, Sein and his family endured a two-day journey to Sho Klo refugee camp in Thailand, bordering Burma. Ten years later, violent fights caused Sho Klo refugee camp to shut down and for its refugees such as Sein and his family, to relocate to another Thai camp bordering Burma, Mae La Camp.

The current count of Burmese refugees in Thailand is estimated at nearly 62,000 and it is considered one of the most protracted displacement situations in the world. Nevertheless, these camps offer refugees critical support: food, aid and, most importantly, protection against arrest, detention and deportation. Outside of the camp’s protection, Sein recounts that “whenever police were in sight, we’d immediately hide and run. We never had the freedom to go outside. We were like animals in the zoo.” Unfortunately, the camp left much to be desired, as refugees residing there lived in cramped, makeshift conditions with limited access to jobs and education.

In spite of the barriers, Sein was determined to make the best of his situation and worked hard to complete his high school education and a year of college education. Afterwards, he pursued medical training at Opian Refugee Camp, and then returned to Mae La Camp for an internship. Though Sein had completed his coursework, securing employment was challenging as Sein struggled to meet arbitrary hiring standards. He faced opposition from hiring managers, was required to retake medic training courses, and he waited for long periods of time to retake tests.

However, Sein persevered in his search to find employment. By the time he found work, Sein was 21 years old with the responsibility to support not only himself, but his wife and one-year-old daughter. His new salary was still not enough to support his family.

After 13 months of working as a medic at the camp, Sein applied to come to the United States with great hopes of achieving the personal and financial freedom he desired. Three years later, in November of 2012, his dream came true. “I love the freedom in this new country!” Sein exclaims. “No more police chasing me. I feel accepted.”

Sein found employment June 2013 as a dishwasher at a local Chicago restaurant. His wife, daughter and infant son remain in Thailand, awaiting the legal proceedings necessary to join Sein. “I will be happy when my family is here with me,” Sein says.

DO ONE THING in honor of World Refugee Day

There are more than ten million refugees in the world. What can just one person do?

During the month of June, organizations and groups around the globe mark the month of June with special opportunities to make a difference in the lives of refugees. RefugeeOne is encouraging everyone to DO ONE THING to positively impact refugees beginning new lives in the U.S. Donate through GlobalGiving on June 12 to have your financial contribution matched at 50%. Contribute a household item on our collection list so that we can set up apartments for newly arriving refugee families. Attend our housewarming event to prepare for a refugee family. Tell your friends, family and co-workers to DO ONE THING. When many DO ONE THING, the impact is huge.

Find out more about DOING ONE THING during the month of June in honor of World Refugee Day by visiting our website at: http://www.refugeeone.org/do1thing.html. 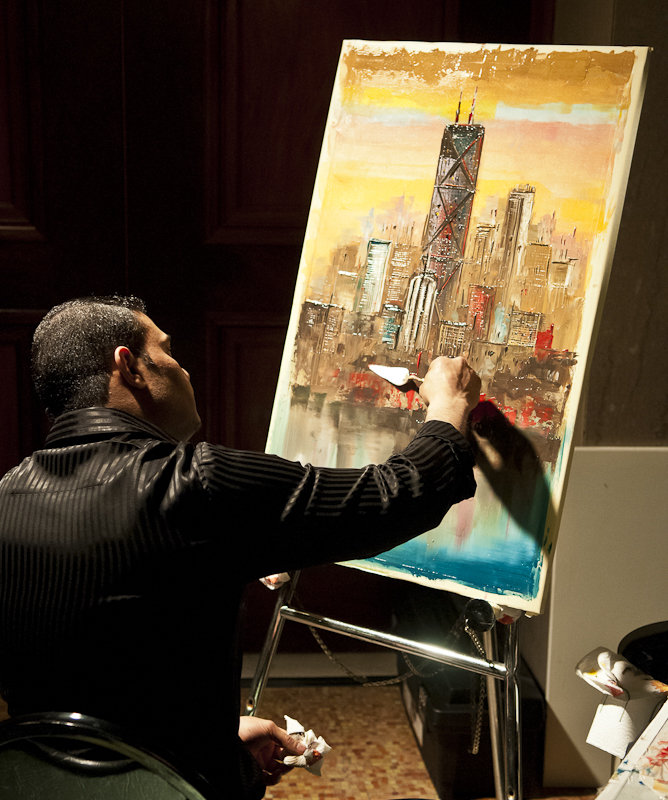 Art is more than a career for Ghaith Salman Jarew – it is his calling. If his artistic fate had not been sealed at birth when he became the newest member of a creative family of artists, it certainly was when he picked up a paint brush at the young age of six and felt the sensation of destiny as he held the brush between his fingers. Immediately, the paintbrush seemed like an extension of himself, and he knew that art would forever be a central part of his life. Ten years later, while his fellow sixteen year olds were immersed in the typical experiences of adolescence, he was already painting professionally and building a name for himself in the Middle Eastern artistic sphere. In 2001, he graduated from a prestigious Fine Arts Academy and his reputation as an artist continued to grow, his renown stemming from his two art galleries in Baghdad. He was also well known in artistic circles for his unique technique of mixing painting materials on the same canvas.

In 2004, a calamitous upheaval forced Ghaith and his wife to flee from their native country of Iraq to Jordan, where he was fortunately able to continue selling his artwork. In December of 2012, he and his wife resettled in the United States. As he boarded the plane for his flight to America, he not only waved goodbye to the land that he grew up on, to the friends and family whom he loved, and to the familiarity of his own culture and language, but he also had to say goodbye to his widely revered reputation as an artist. Now in Chicago, Ghaith S. Jarew, a man who had achieved artistic fame in the Middle East, has been forced to start over.

Ghaith’s story is a familiar one for many refugees who have resettled here in Chicago. Before relocating to the United States, many refugees formerly had been professionals who possessed esteemed degrees and respected positions in their home countries. Some were doctors, others carpenters, others teachers. However, when war, terror, or persecution turned their worlds inside-out, these refugees had to flee in order to survive. Once they arrive here in Chicago, refugees are determined to rebuild their shattered lives. They work with RefugeeOne staff to learn English and go through the Job Readiness and Placement Services program so that they are prepared to apply for, interview and work at a new job. However, they must take any job they can get in order to sustain themselves and their families, often settling into low-skilled, low-paying jobs outside of their areas of expertise. Like Ghaith, they must start over, their hard work and professional careers in their home countries relegated to the past.

Most refugees do not dwell on the losses of their pasts, believing that resettlement in the United States offers them a chance to achieve bright futures. RefugeeOne seeks to provide refugees with the tools they need to build new lives of safety, dignity, and self-reliance. Stories like Ghaith’s reaffirm our mission as a refugee resettlement agency. Ghaith’s future looks bright, for he has not forgotten his calling. In his spare time he is working to build a name for himself as an artist here in Chicago, and his determined pursuit of an artistic career is an inspiration to us all.