Help Put an End to Puppy Mills in Canada 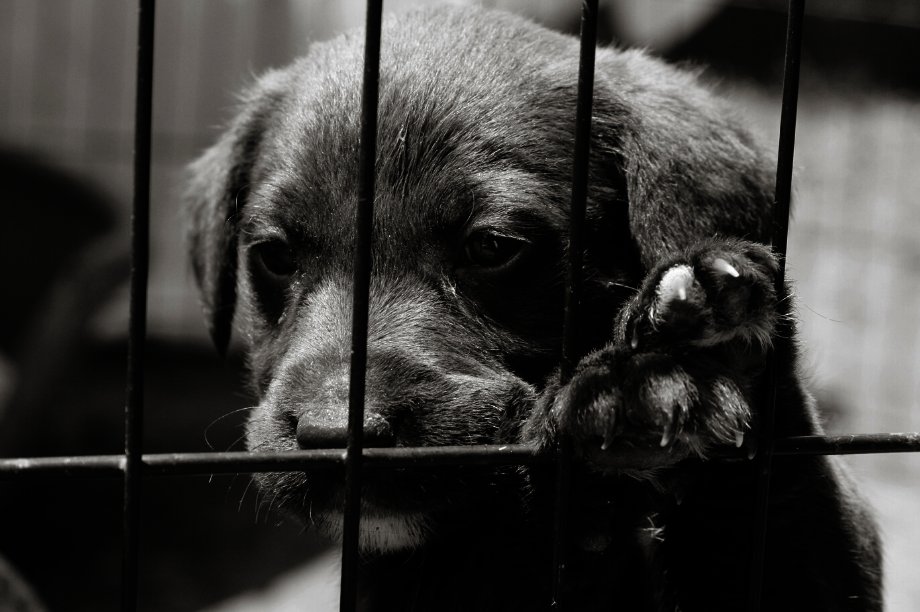 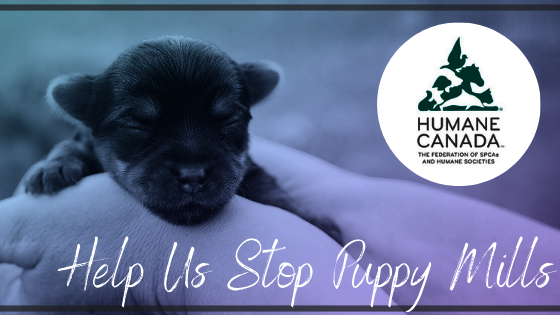 Together with donors and supporters, Humane Canada has been a tireless advocate in the fight to put an end to the cruelty of puppy mills.  We understand that government will play a significant role in ensuring that laws and enforcement support this important work across Canada.  During the recent election campaign, we saw our efforts realized as one of our major parties promised to ban puppy mills and included our recommendations to stop the import of animals bred inhumanely and to strengthen the Canadian Food Inspection Agency’s ability to enforce current regulations and seize animals when imported under poor welfare conditions.

The elected Liberal government also made several promises to support the welfare of animals.  These animal welfare inclusions marked a historical milestone.  This was the first time in known history that animal welfare has made it into any political party platform, and we saw all major party platforms include animal provisions in their campaigns. This is a significant indication that politicians are now recognizing that issues like puppy mills are important topics that Canadians truly care about.

Humane Canada continues to speak up for animals and we have made several policy recommendations to political stakeholders to address the issue of puppy mills in Canada. Our proposed solutions to tackle the low-welfare, high volume supply of puppies, recognizing that more oversight and effective laws around breeding, selling, importing, and transporting companion animals are required including:

58% of Canadian households have a dog or cat. There are 7.7 million owned dogs in Canada.  Demand for companion animals, and in particular for dogs, surged during the Covid 19 pandemic further fuelling animal welfare concerns involved in the international and Canadian puppy mill market.

With your ongoing support Humane Canada will continue its crusade to end puppy mills in Canada. In addition to our legal and enforcement work, we are educating the public in partnership with the Canadian Food Inspection Agency, to encourage Canadians to be diligent when searching for a dog, to empower and educate the public to watch for red flags and not inadvertently support a puppy mill or puppy broker.

Thank you foryour ongoing support of our crusade to end puppy mills in Canada.

Project Leader:
Barbara Cartwright
Ottawa, ON Canada
$3,725 raised of $10,000 goal
You last donated to this project on
56 donations
$6,275 to go
* Amounts in US Dollars
Donate Now
Donate once
Donate monthly
$10
USD
could divert as many as 40 buyers from puppy mills and pet stores.
›
$20
USD
could influence up to 80 adopters to get their next dog from a humane society, SPCA or rescue.
›
$50
USD
will help us educate 200 people on how to recognize reputable vs. non-reputable sources (puppy mills, backyard breeders, etc.) for dogs.
›
$100
USD
funds ground breaking research that will expose puppy mill supply chains and be used to advocate for puppy mill legislation.
›
$250
USD
will help us advocate for tighter animal cruelty legislation.
›

Make a monthly donation & get matched today at 100% while funds remain. Terms and conditions apply.
Give the gift of stability in a time of instability. Set up an automatic, monthly gift now and get matched at 100%—because the COVID-19 pandemic has hurt us all, and it will take all of us to overcome it. Terms and conditions apply.
Monthly giving is as easy, safe, and as inexpensive as a Netflix subscription. Start a monthly donation to Humane Canada today and get matched at 100%. Terms and conditions apply.
$10
USD
monthly
could divert as many as 40 buyers from puppy mills and pet stores.
›
$20
USD
monthly
could influence up to 80 adopters to get their next dog from a humane society, SPCA or rescue.
›
$50
USD
monthly
will help us educate 200 people on how to recognize reputable vs. non-reputable sources (puppy mills, backyard breeders, etc.) for dogs.
›
$100
USD
monthly
funds ground breaking research that will expose puppy mill supply chains and be used to advocate for puppy mill legislation.
›
$250
USD
monthly
will help us advocate for tighter animal cruelty legislation.
›

GlobalGiving
Guarantee
Donate https://www.globalgiving.org/dy/cart/view/gg.html?cmd=addItem&projid=48057&rf=microdata&frequency=ONCE&amount=25
Please Note
WARNING: Javascript is currently disabled or is not available in your browser. GlobalGiving makes extensive use of Javascript and will not function properly with Javascript disabled. Please enable Javascript and refresh this page.