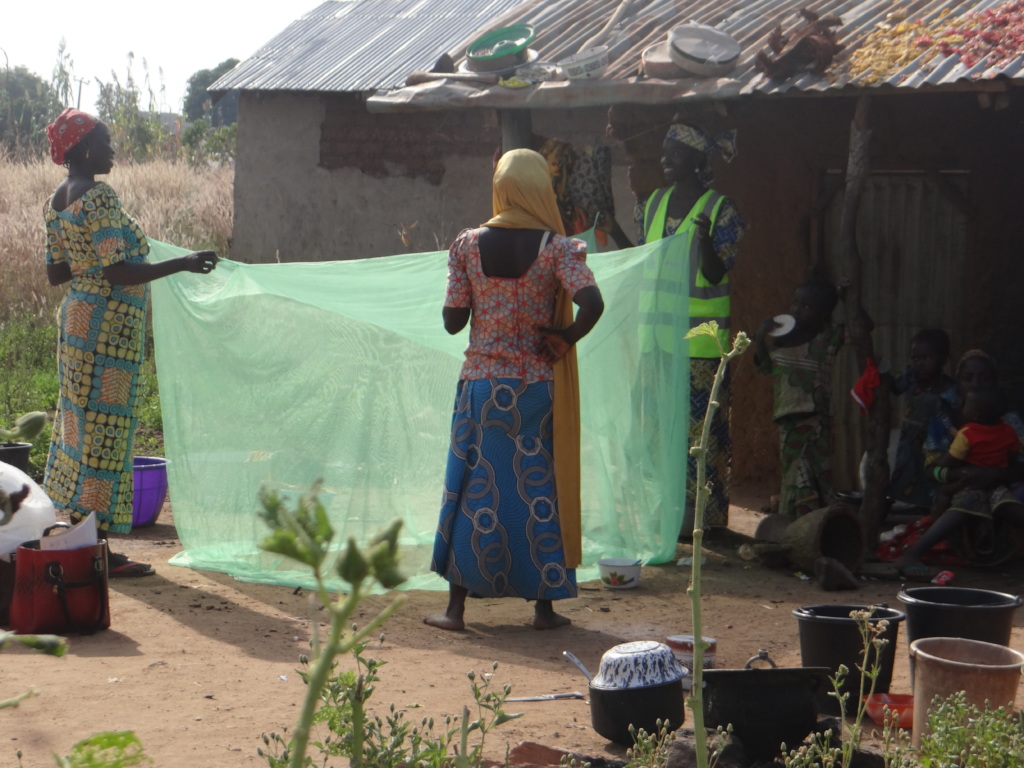 25year old Sefiya, mother of three, who resides in Sahon-rami, is one of the project beneficiaries during one of the recent outreaches which targeted at least 300 vulnerable households in the community. Being an expectant mother, she received twoLong-Lasting Insecticidal Nets (LLIN) for herself and her two-year old daughter. For her, the LLINs are invaluable to her health, that of her unborn baby and that of her little daughter. The last LLIN she received from the team was about four years ago and it is torn on multiple points and could no longer protect her and her child from mosquito bites, that could result in malaria. Her daughter has had at least two episodes of malaria attacks within the past 3 months due to repeated exposure to mosquito bites. She dreaded the onset of this year’s rainy season when malaria transmission usually peaks. Her worries and anxiety were dramatically answered when PSJ’s malaria team showed up in her village, as she became the owner of two brand new LLINs. “Since we could not afford the cost to replace our old ITNs, I have been so bothered about how I and my children especially my little daughter would cope with mosquitoes and the resultant malaria attacks during this upcoming rainy season, coupled with my pregnancy condition ( knowing that pregnant women are particularly vulnerable to malaria), until succour came through group from PSJ and their supporters”, remarked Sefiya. She was full of gratitude for the two new LLINs delivered to them free of any cost, right in their village.

More than 760 households were reached with malaria prevention activities including health education and malaria risk communication in rural Mashegu in the first quarter of 2020. There was also LLIN demonstration sessions on how to air and care for LLINs, malaria Rapid Diagnostic Testing & treatment services, as well as health talk to community members on the importance of sleeping inside ITNs. The household-based sensitization provided yet another opportunity to reinforce malaria prevention messages on elimination of mosquito breeding sites around dwelling houses as we prepare to welcome the next rainy season when malaria transmission escalates. Caregivers were also educated on recognition of symptomatic manifestation of malaria and on the need for sick infants and children who are the most vulnerable group to receive prompt medical attention.

The team also engaged in dialogue with community stakeholders to sustain community support and get their feedback on how the project can address the increasing demand for malaria services in the target communities. All these successes could not have been possible without the support of all our donors like you who made donations that enable us to reach these remote communities and provide these essential life-saving commodities free-of. On behalf of the communities we serve, we express our profound gratitude for your generosity and solidarity