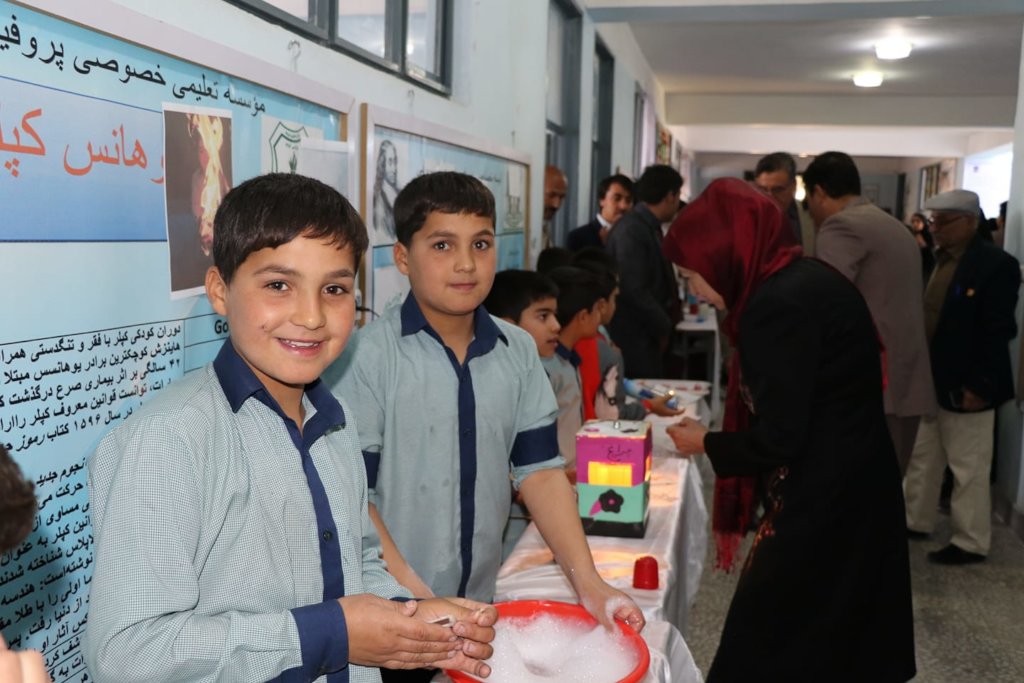 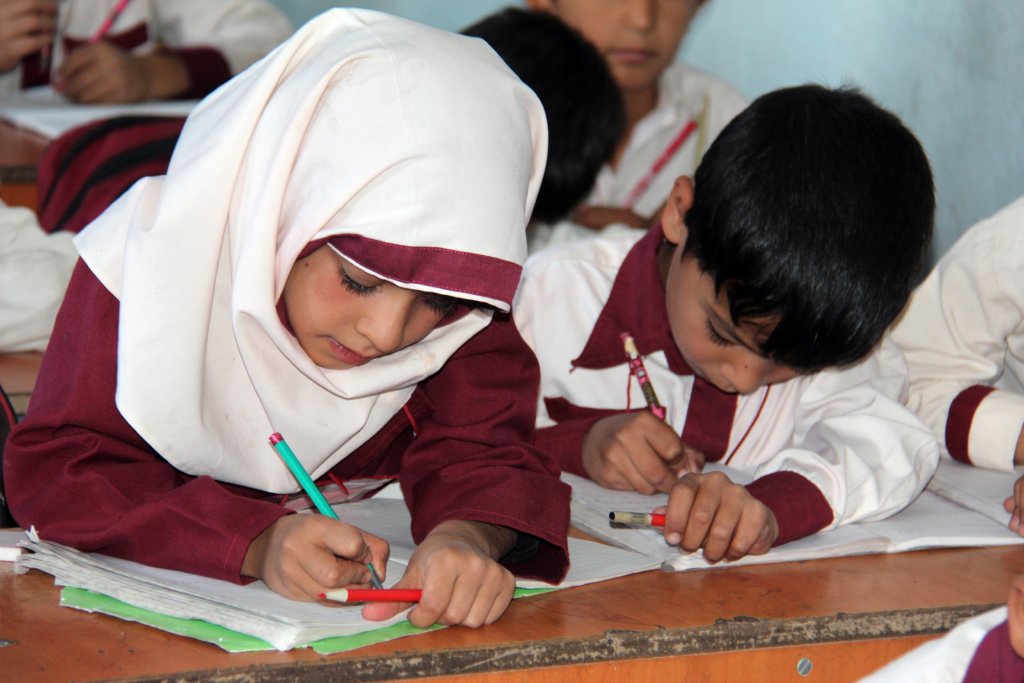 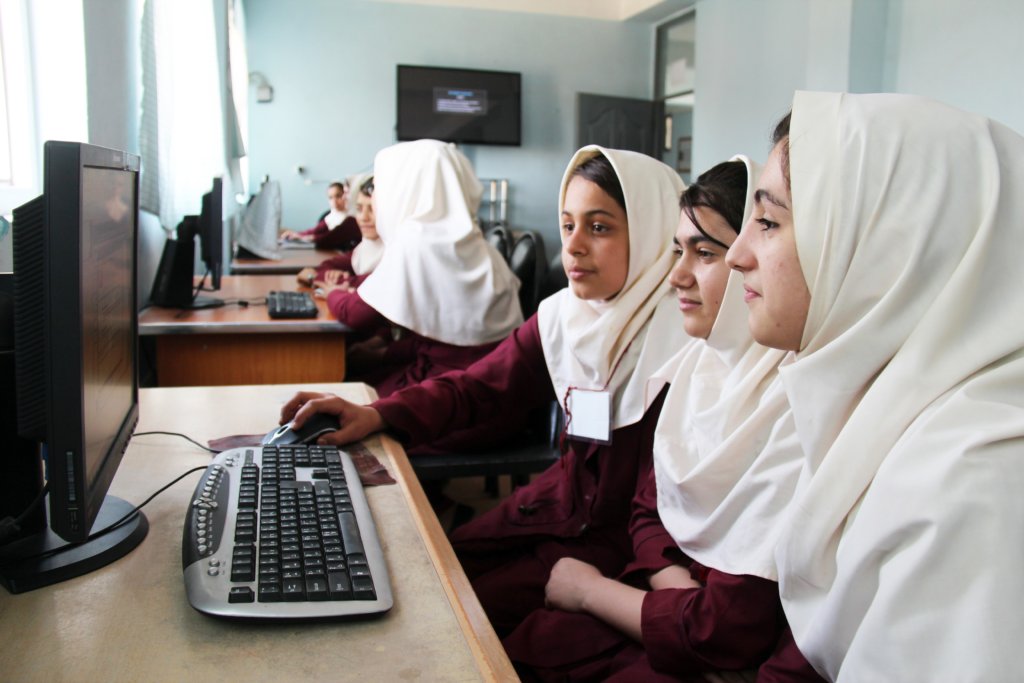 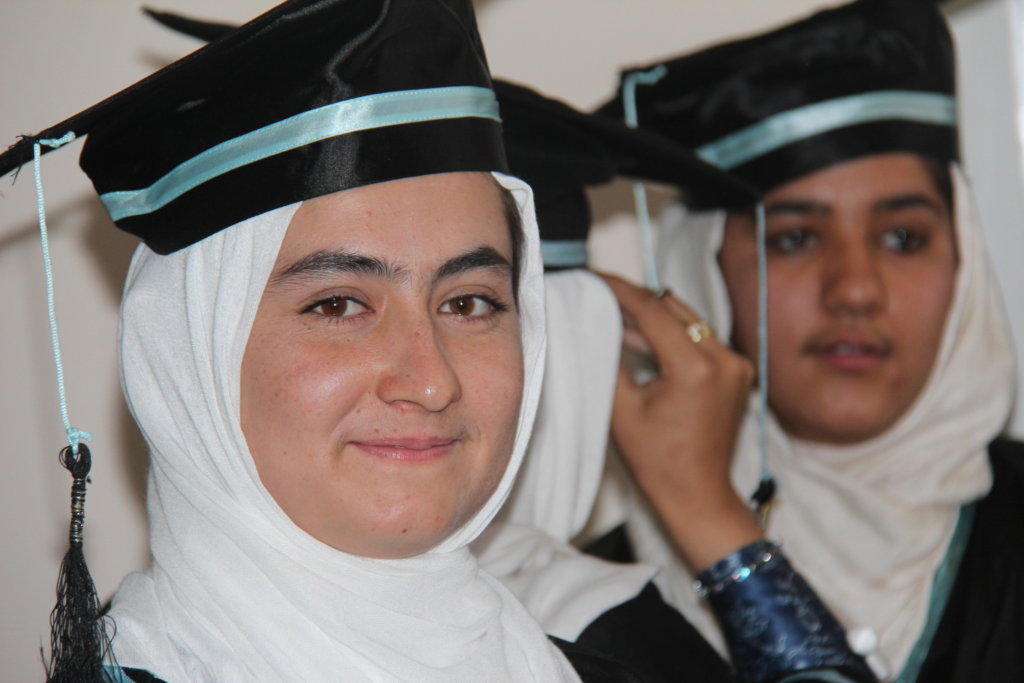 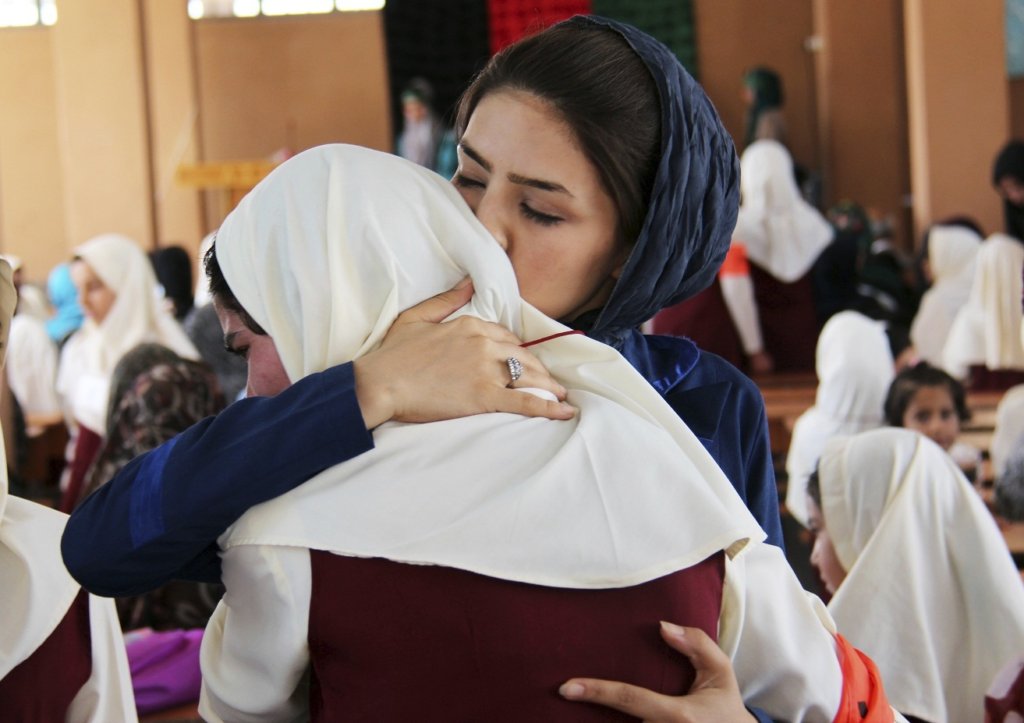 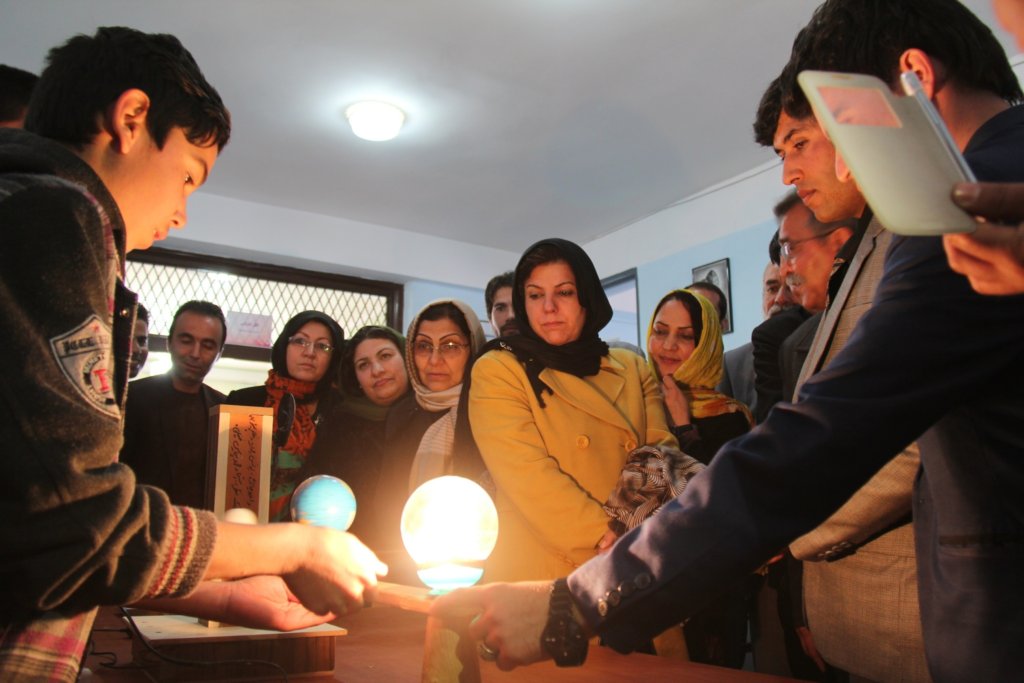 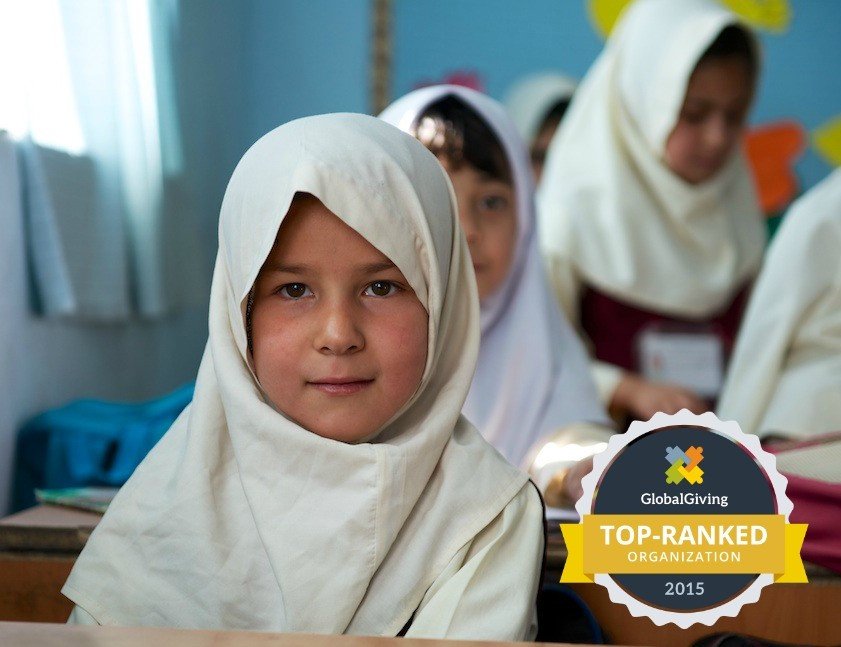 Matching funds are available for donations made to all Creating Hope International and Afghan Institute of Learning projects on Global Giving.

TODAY ONLY 9am ET to midnight March 16th! Donate anytime within these hours,up to $1,000 per individual donor per organization.

Here are links to our projects on Global Giving: CHI projects and AIL projects.

All donations are final. . The match is pro-rated so we will know the percentage of match at the end of the day, but everyone gets some matching funds from a pot of $75,000.

Special Alert!!  Two of our projects are eligible for 2 different matching funds TODAY!

Donations to these two projects get a 50% match under the Safer World Fund AND a  match on this March 16th Bonus Day!!  Check the SWF leaderboard! SWF allows matching by unique donors up to $1,500 per donor per project with project max of $15,000 in matching.

1073 Save Rural Afghan Women and Children with Healthcare

The Afghan school year is about to start again in April. Staff at the private schools are working to identify needy students who will receive scholarships. We expect to distribute a first batch of more than 20 scholarships with a second batch of aid being awarded soon after that.  This financial support makes a huge difference to families who would not be able to afford the supplies and fees at the school. They want a quality education for their children and they will get that at the private school. Good education changes lives. One of the exceptional classes offered at the private school is the Leadership Project an intensive year long class for 20 students.  Mohib is13 and a member of leadership project. He said, “I am so happy that I got the chance to attend this important and life-changing class. I   took advantage of all the sessions and was promoted with top marks. I have learned a lot and I entered another world of interest, responsibility and self-sufficiency. My life has changed as I met and talked to well-known leaders and that affected my life positively. I am now able to speak in public and influence others with my ideas. I learned to be kind and respect others’ views. I am making decisions in my life and am eager to change the lives of my people for the better.” 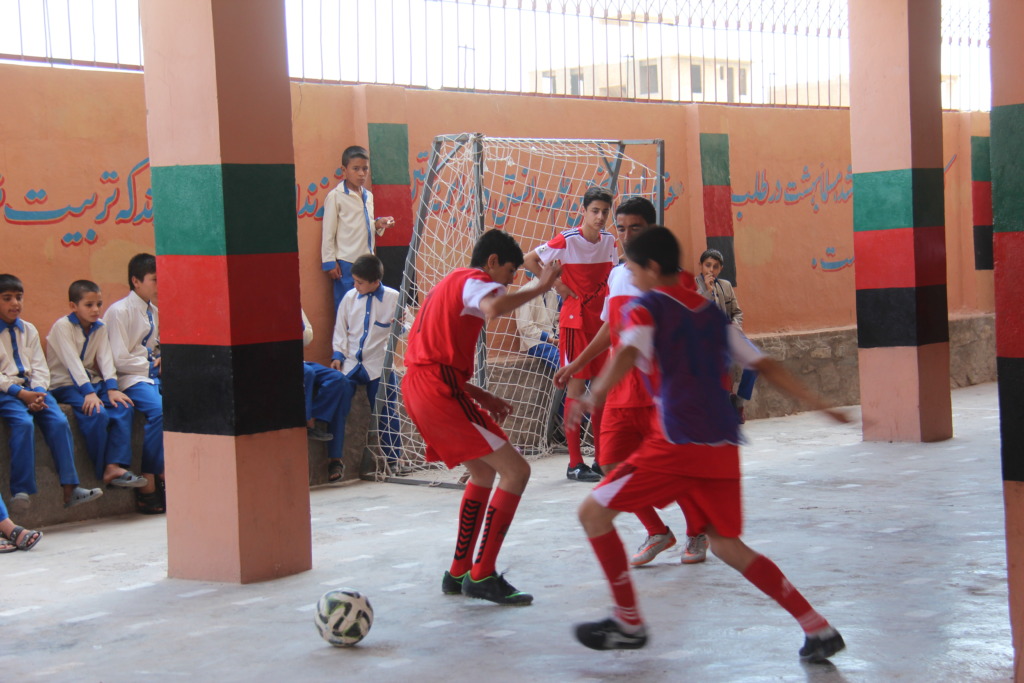 The private high school in Herat gave us its 2015 report and included this information on the success and transformative effects of the sports program.Many of the scholarship students participate in sports at the school.

The school sport teams had a very good year in 2015. The football team won many  local matches with regular schools and private universities. They were awarded gold and silver cups by the Sports Federation of Herat.In addition, students benefited from changes in their minds and behavior since joining the sport teams. For example, young students who wasted their time on the streets and sometimes fought in the past, are now disciplined, energetic and have happy faces as they visit their friends in the gym and compete to win against each other. They have developed very positive feelings about life since they started sport sessions. Their school lessons and behavior are getting better and they get good marks in their exams. These students also have a sense of responsibility about their families and communities. Their experienced coach motivated them to make educational plans for the next few years at least and help them making big decisions about their futures.

One student who recently joined the Yacoobi School football team said:” My name is Habib. I am 20 years old. I am a senior student at the Prof. Yacoobi School. I have been playing in the football team for six months now. I am changing every day I exercise with this team. In fact, I am completely changed as compared to my life before. Before joining this team, I always failed in my exams and I could not memorize the words and my homework assignments were the worst. I got some kind of depression, but after joining the team, my life got better day by day. I changed to one of the top students in three months and got out of depression. I feel myself in a new world. The coach is a very nice man. He advises us and helps us make decisions. My mind is working very well now and I am so interested in my lessons. I hear very good news from my friend when I play in the gym. I learned about football stars and try to be inspired by them in my life. I hope I will be a football star. I thank Prof. Yacoobi for renting us the gym to exercise and refresh our minds in.” 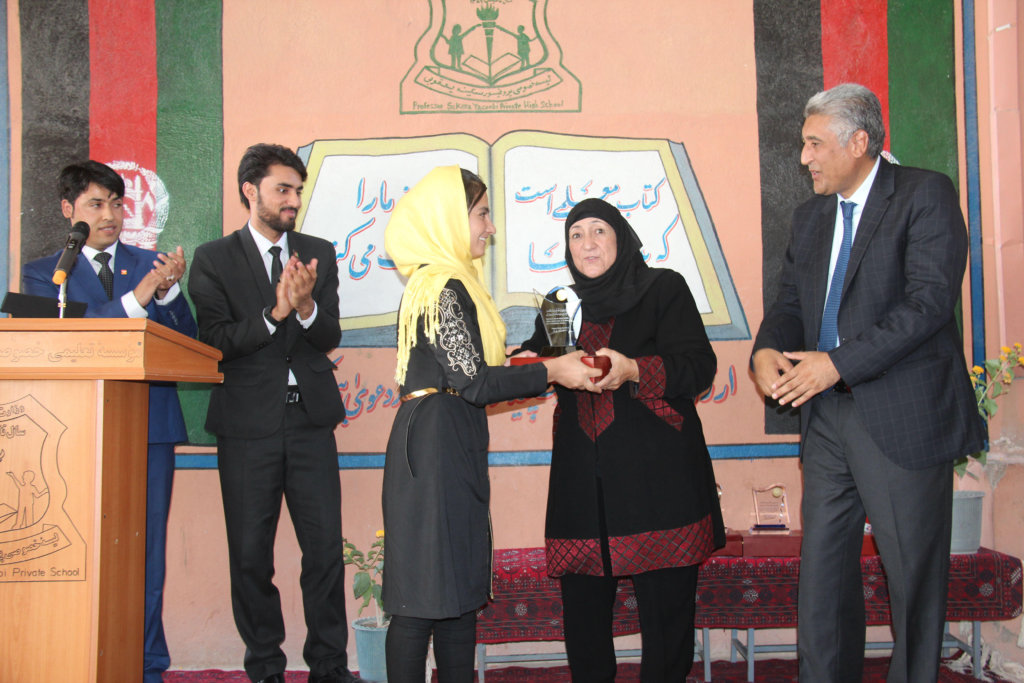 Dr. Yacoobi was honored to receive the 2015 WISE Prize for Education. A prestigious award given to those who are tireless advocates for the right to education.  “I know from my life that education gives power, status and opportunity. I see women who are smart, intelligent but did not have opportunity so I gave them that. It is education and not guns that can transform society and give us a peaceful tomorrow. “ Sakena

It was a particularly exciting time at one Yacoobi Private School in Herat this past September as a ceremony was held to honor the top students with gold medals.The event was attended by Dr. Yacoobi, the Governor of Herat and the Head of the Women's Affairs Department among many others. The awards went to the top student in each of the following: logic, chemistry/physics, sport, speech/music, English and the leadership project. There were 300 people at the event including 155 females.  The ceremony continued with songs and music by the students from the school. There was recitation of poems and reading of articles about peace in English and Persian, along with the appreciation and congratulations of other speakers during the ceremony.

There were seven other students honored either from the gold medal program or the cash prize program who are in the third to eleventh class. These seven of the best students also had great grades but couldn’t quite meet the gold medal program requirements. They were gifted with a cash prize as a congratulation for what they had achieved and as an encouragement. These were the students with the best behavior, attitude, morals and personalities who were also the best in at least one subject.

Dr. Yacoobi had this to say about one of the students, “Four years ago we hired a widow as a cleaner for the school.  When she started, we found out that she had a small daughter, Zahra, who was not going to school.  Her mother said, I don’t have the money to send her to school, so we gave her a scholarship. She is now in the 4th grade and is the first in her class.  She is very little and very smart and creative.   Recently, we had a school-wide competition in many areas of study.  The top students in each category received gold medals and the second-place students received cash awards.  Zahra won second place in two of the categories—art and calligraphy. And, even though she is young and very little, she was chosen to be the announcer for the ceremony because of her presence and speaking ability.  She was amazing as an announcer!  It brought tears to my eyes as I watched this tiny, little girl confidently and with great self assurance announce better than most adults. Zahra, I thought, is a future leader of Afghanistan."

Thank for your continued support. 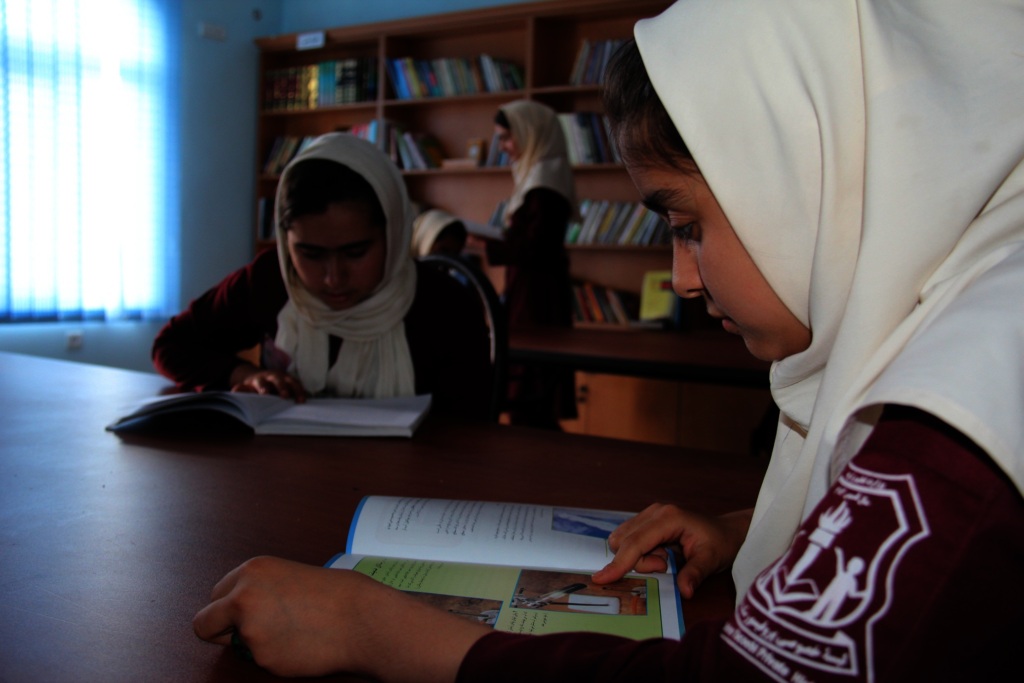 We know we just wrote to you, but we hope you will forgive us for writing again so soon!

Click this link and choose the recurring donation option!

We are working hard to provide as many boys and girls as we can, with a quality education. So far in 2015, there have been over 70 scholarships awarded to deserving students so they can attend a quality private school. All the families were thrilled to receive this support. One student said, “This award made a big difference now I can go to the school and have all the supplies I need. I like it here and I am learning a lot. My parents are proud of me.” 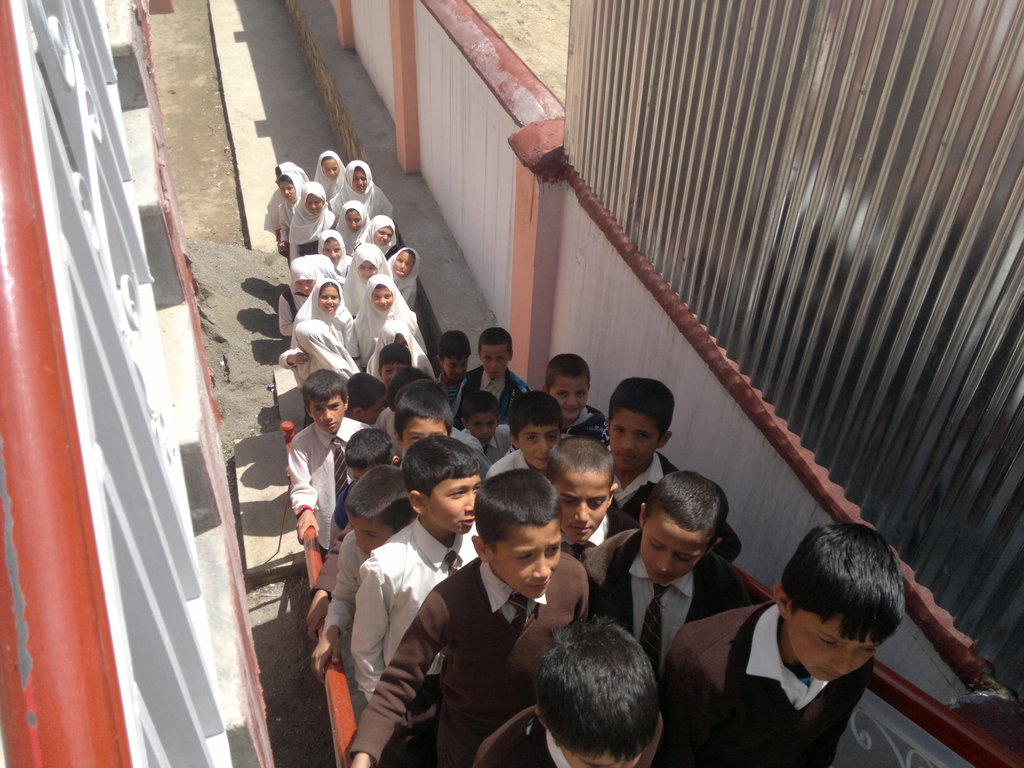 Noon to midnight ET on GlobalGiving.com, donations to these special projects will be eligible for Microsoft Youthspark bonus funds, but the money will go quickly.

Here are the eligible projects:

1534 Give Schooling and Housing for Children from Nepal

Many families in Afghanistan cannot afford to send their children to good schools or there are not enough good schools in their area. CHI supports these families by making scholarships available so the children can attend a quality high school. This makes a huge diffference to the lives of these young people and to their families. So far  more than 70 scholarships have been provided. All the recipients were thrilled to get help with the finances. One student said, “Thank you for this great opportunity, It has changed my life. I could not go to such a good school without help.”

Can you help support a student?

The matching funds are only available for a limited time, so be sure to make your donations on October 7 at 12.01 pm ET! All donations are final and up to $1,000 per donor per organization can be matched..

Donating through GlobalGiving is safe, secure, and easy with many payment options to choose from. View other ways to donate
Creating Hope International (CHI) has earned this recognition on GlobalGiving:

GlobalGiving
Guarantee
Donate https://www.globalgiving.org/dy/cart/view/gg.html?cmd=addItem&projid=12500&rf=microdata&frequency=ONCE&amount=25
Please Note
WARNING: Javascript is currently disabled or is not available in your browser. GlobalGiving makes extensive use of Javascript and will not function properly with Javascript disabled. Please enable Javascript and refresh this page.