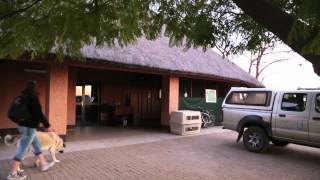 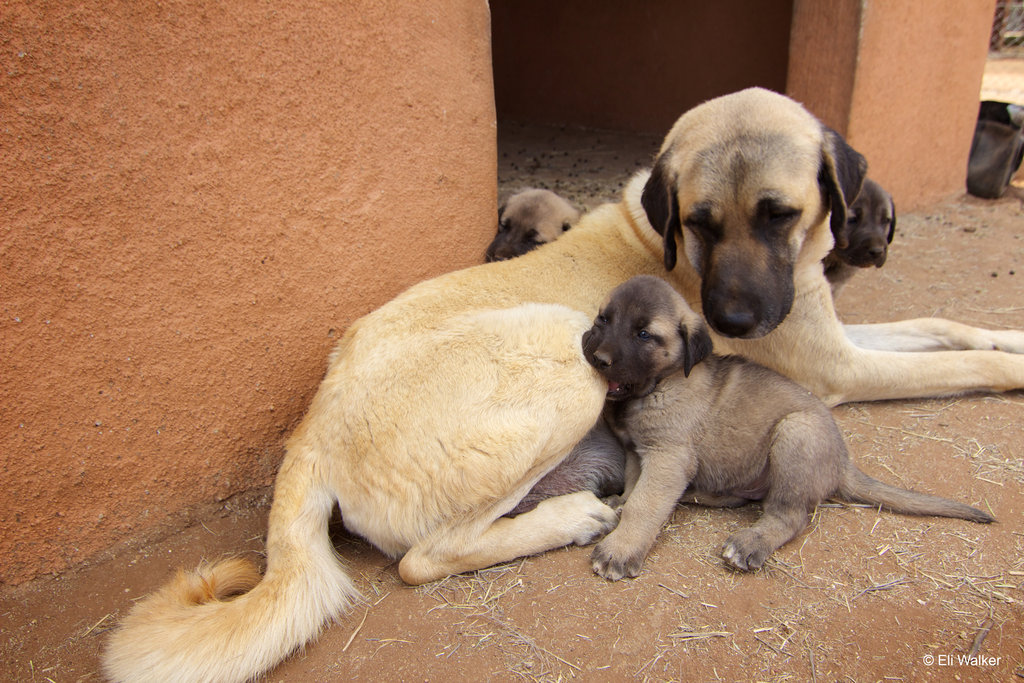 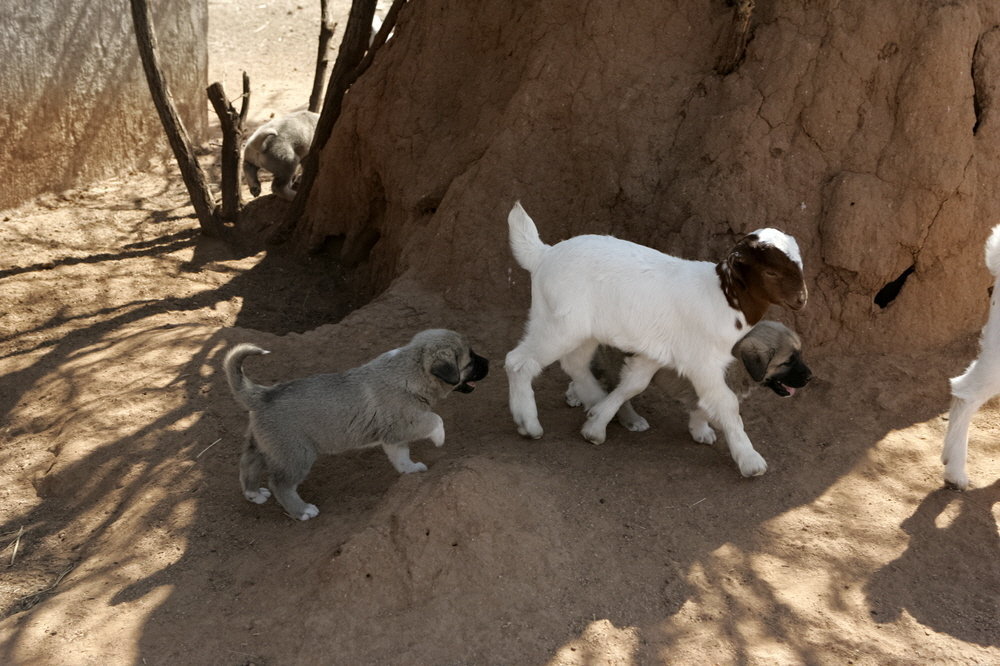 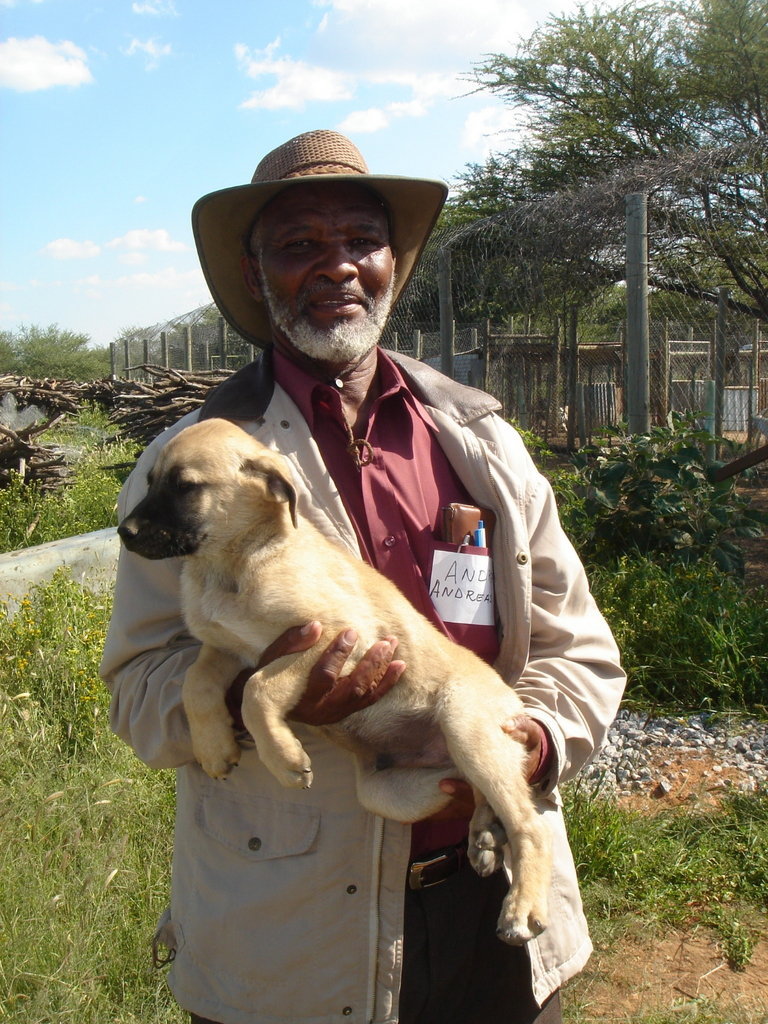 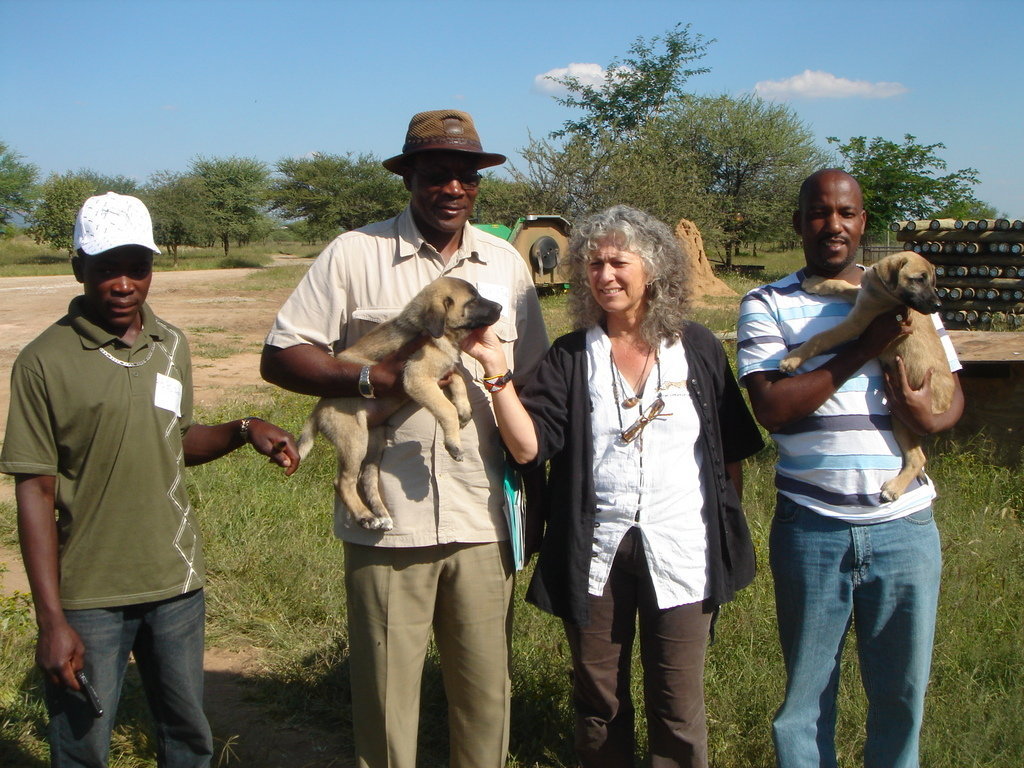 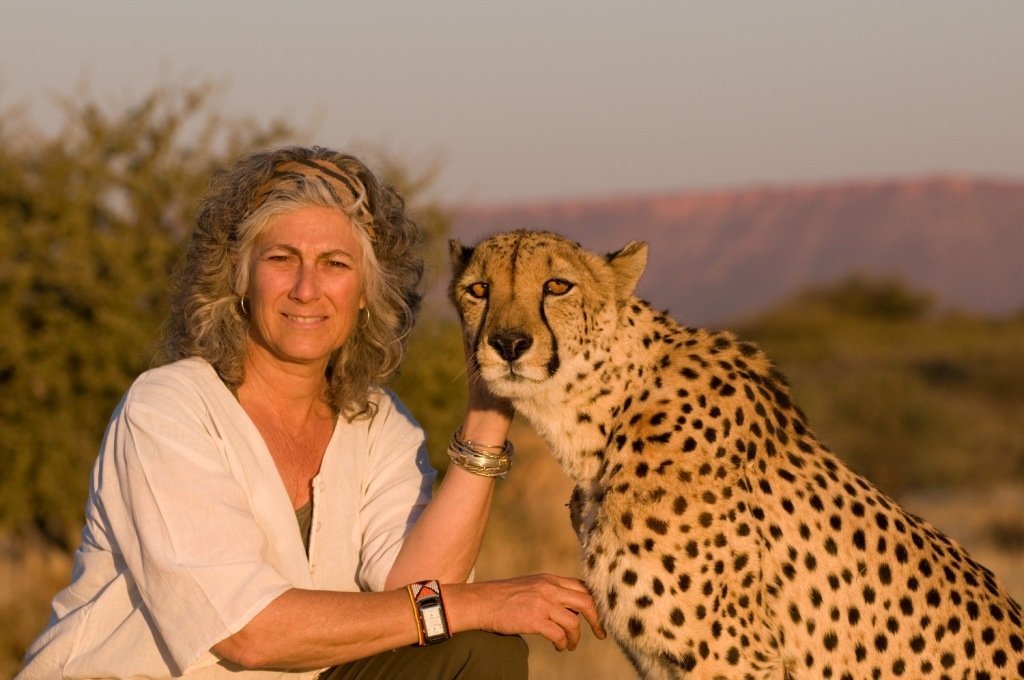 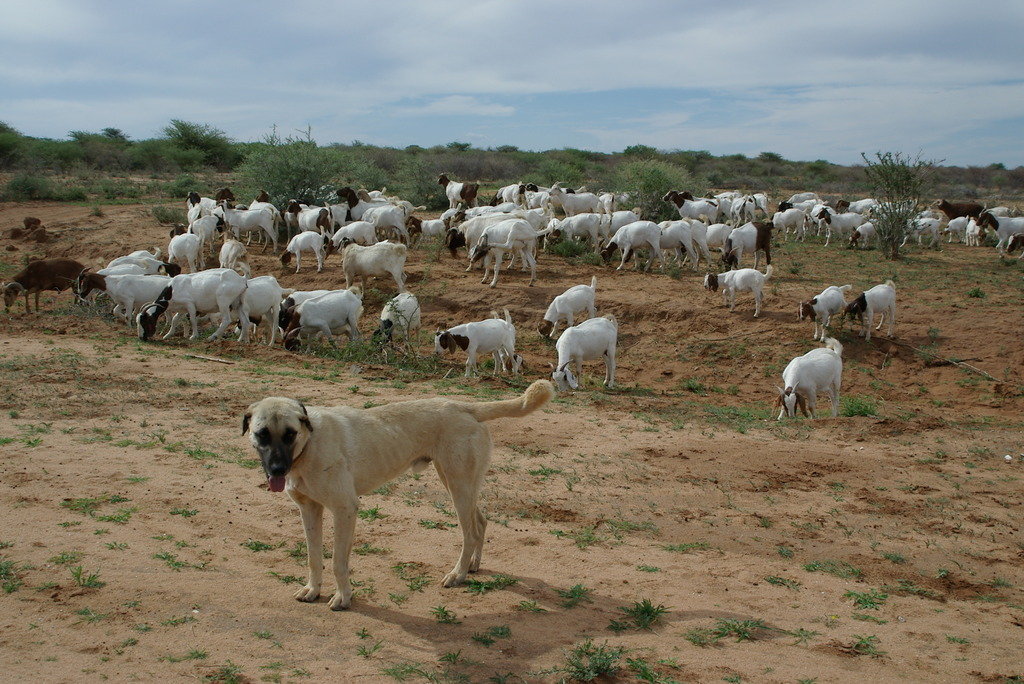 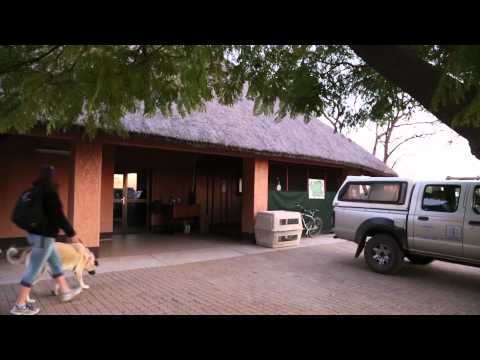 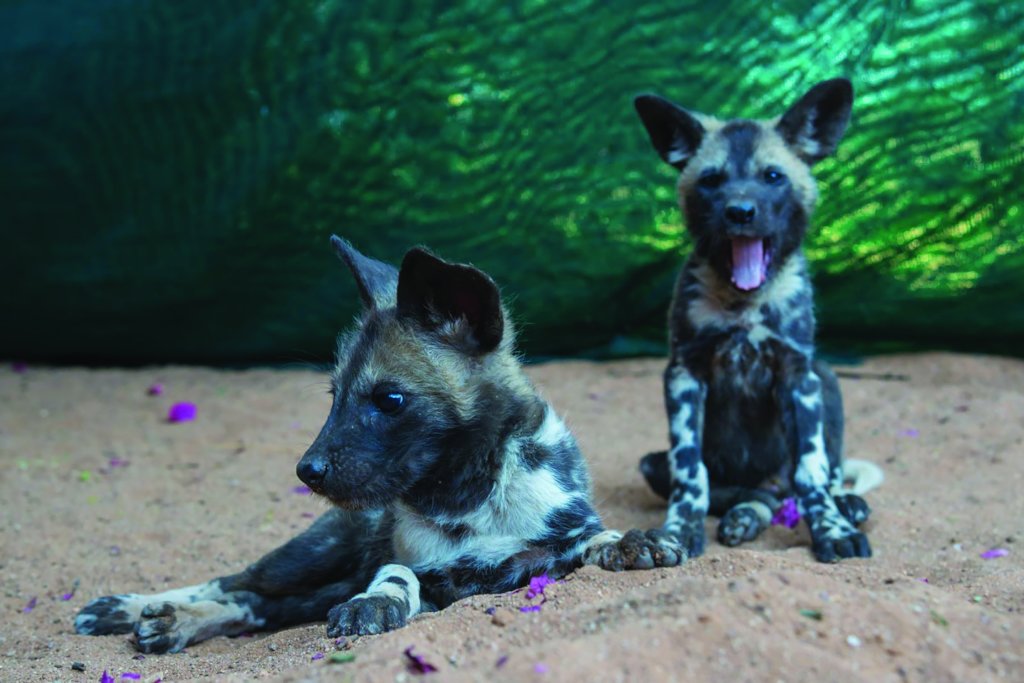 What do you do when the Namibian Ministry of Environment and Tourism (MET) calls to ask if you would help care for a pair of confiscated African wild dog puppies in dire need? And then calls back to ask you to help care for seven more? You open your doors and take them all in, of course. CCF is currently holding nine African wild dogs at our Field Research & Education Centre in Namibia. The first two were picked up from a very remote area in the Eastern Communal Area of the Greater Waterberg Landscape after a communal farmer killed half a litter of pups and informed MET he would do the same to the rest if someone did not retrieve them.

Working with MET, CCF collected the pups, which were about one-month-old at the time. Now at 16 weeks of age (four weeks when they came to CCF), Zebra Legs and White Neck have been joined by seven other orphan pups that we think are now about eight weeks-old. According to CCF’s visiting vet Dr. Kathy Gervais, all the wild dog puppies -- also known as Painted Dogs -- are “very cute and very smart.” But the younger pups smell terrible and eat in a total frenzy. Fortunately, their older counterparts are learning to groom themselves and display better manners, so the younger pups’ behavior should only be short-term. “We are not really set up to take care of wild dogs, but we are learning,” said Dr. Laurie Marker. “Watching them interact is one of the more fascinating things I have ever seen. We want people to know about them, because they are very special. They are also endangered like the cheetah, and we are tired of all the killing. Our goal is to integrate these wild dogs into the CCF program. We just need to figure out how.”

The collaboration between cheetah conservationists and wild dog conservationists is long and extensive, as the two species face similar situations and threats. Like cheetahs, wild dog rangeland is fragmented into isolated pockets scattered in only a few places in Africa, and one of their main threats is human-wildlife conflict. The species is listed as endangered by the IUCN Red List and is a Protected Species in Namibia. They are only found in the northeastern region of the country, near the border with Botswana. Dr. Marker believes everything CCF has learned from caring for orphaned cheetahs is now being applied to caring for another predator species in desperate need. The goal is to provide the best opportunity for their future. Currently the pups are being cared for at an exhibit not visible to the public. “Our intent is for these nine wild dogs to help educate Namibians and international visitors about the species. While we may not be able to release these wild dogs back into the wild, we hope to place them in a large enclosure on CCF lands. We are working very closely with the Namibian government and other NGOs,” added Dr. Marker. 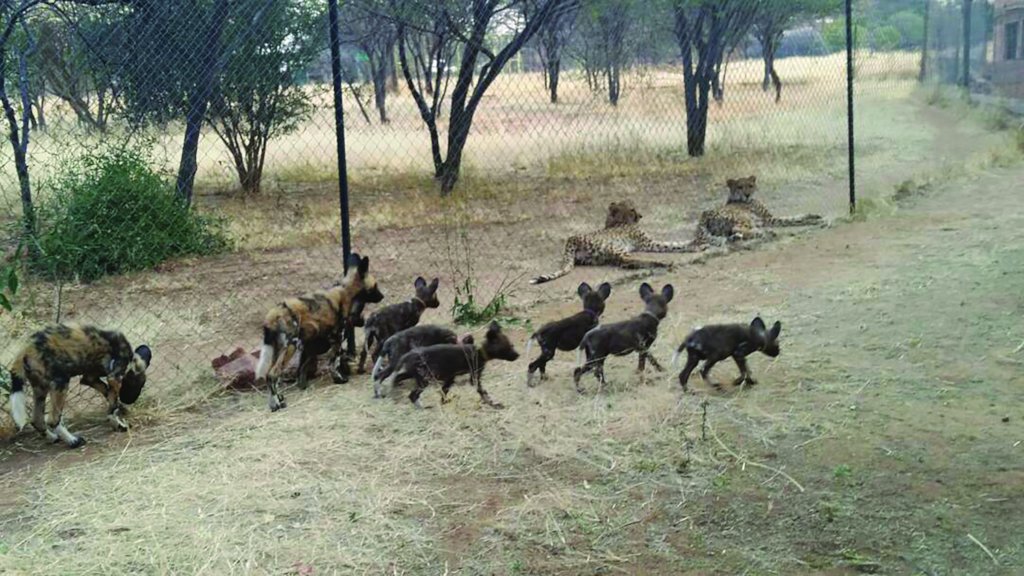 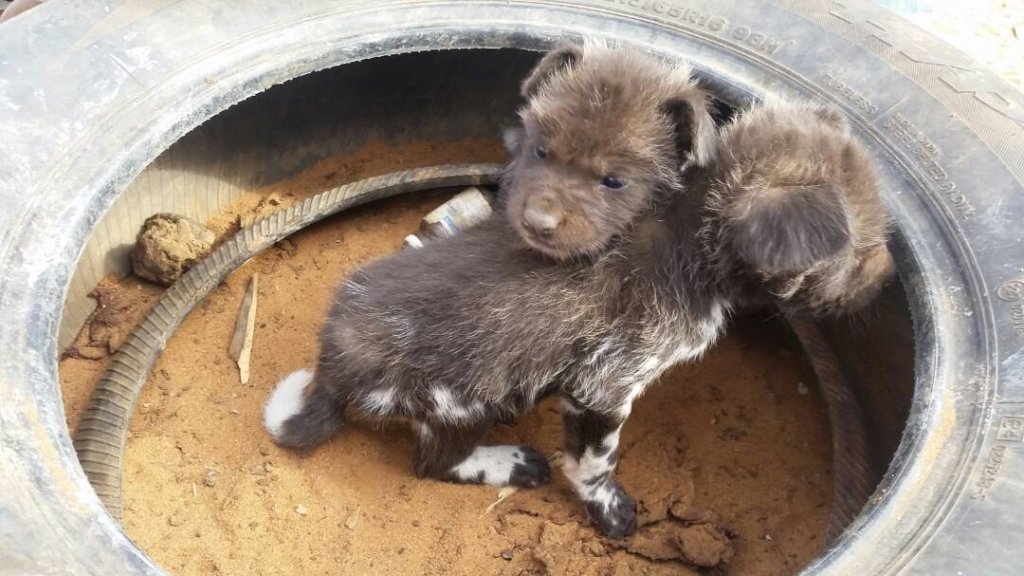 GlobalGiving
Guarantee
Donate https://www.globalgiving.org/dy/cart/view/gg.html?cmd=addItem&projid=2578&rf=microdata&frequency=ONCE&amount=25
Please Note
WARNING: Javascript is currently disabled or is not available in your browser. GlobalGiving makes extensive use of Javascript and will not function properly with Javascript disabled. Please enable Javascript and refresh this page.