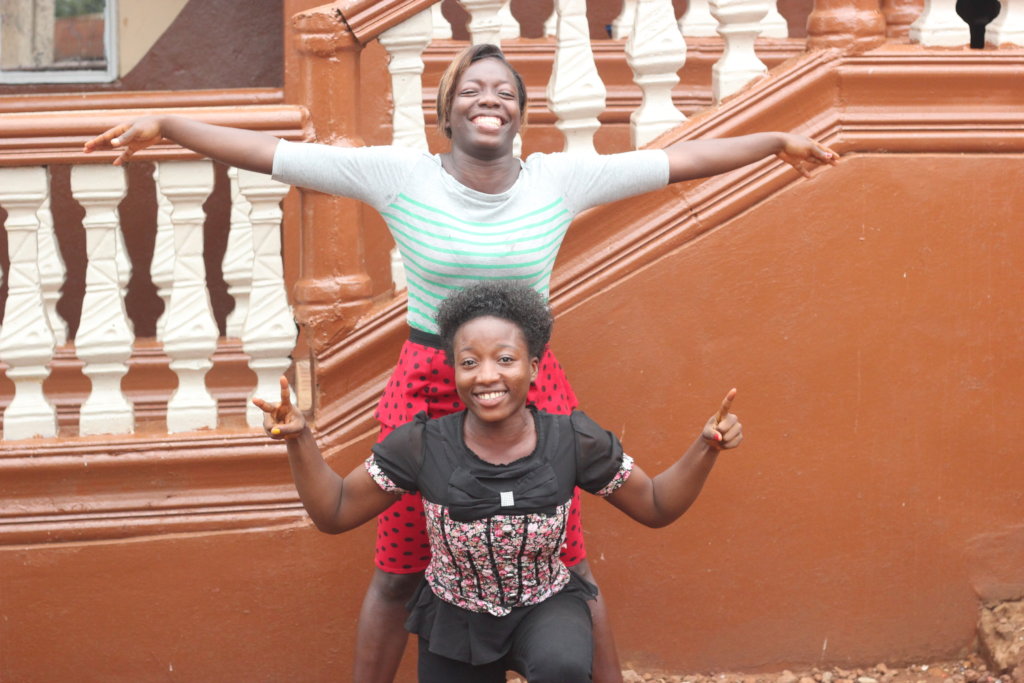 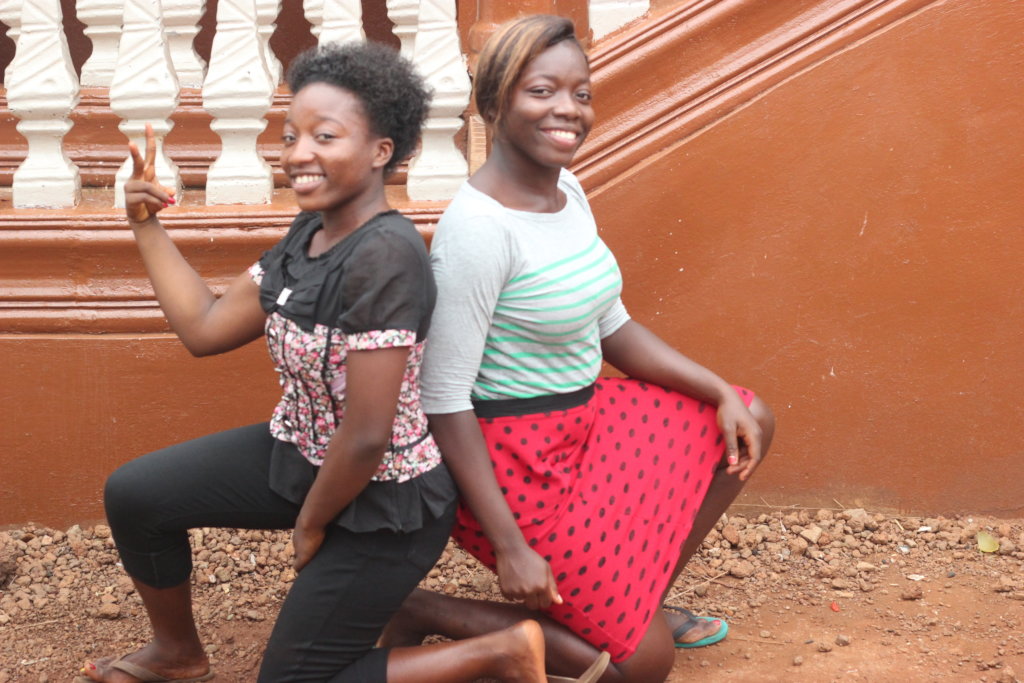 The Dream Home Children are Working Hard in School 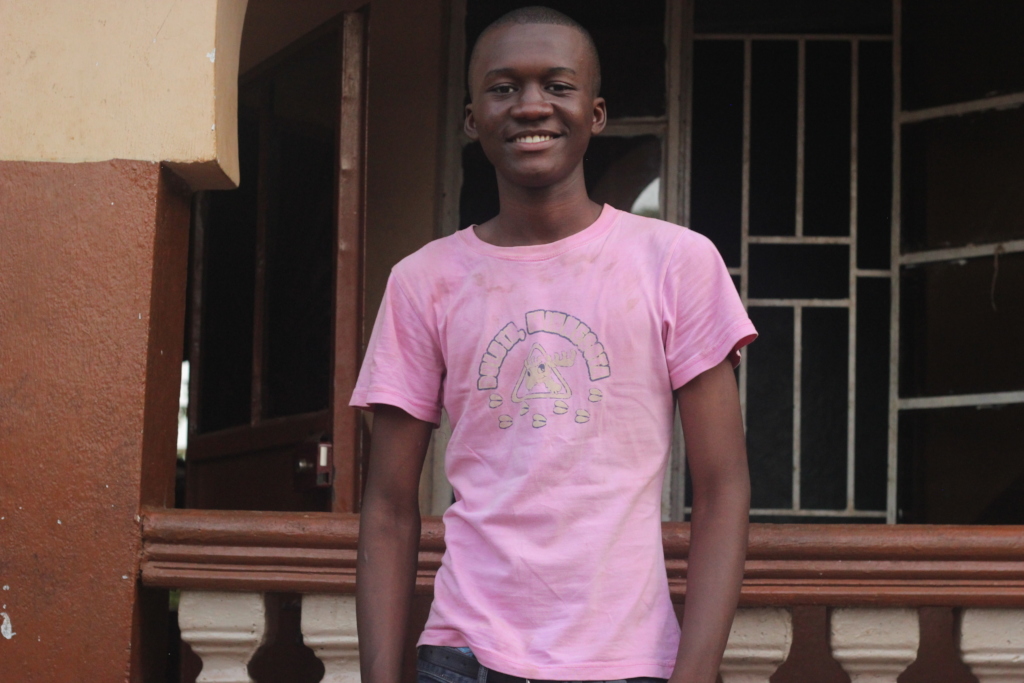 Aaron is one of the students preparing for exams

Thank you for your continued support of the Dream Home orphans.   They are all working hard to finish up the school year with good grades.  The primary school pupils had their first semester tests in December and started their second term in the month of January. Aisha, Kadiatu, and Hannah are preparing for the National Primary School Exams, which will happen in May. Osman and Aaron are also preparing for the Basic Education Certificate Examination. Geraldine has started taking classes at the IPAM and is really enjoying college.

In the past couple of months, the Dream Home children have been very grateful to receive peanuts, clothes, toiletries, and other essential items from generous donors.

Your continued support of the Dream Home is greatly appreciated as these children finish this academic year and continue to strive to become model adults that will impact their communities and nation - and even the world. 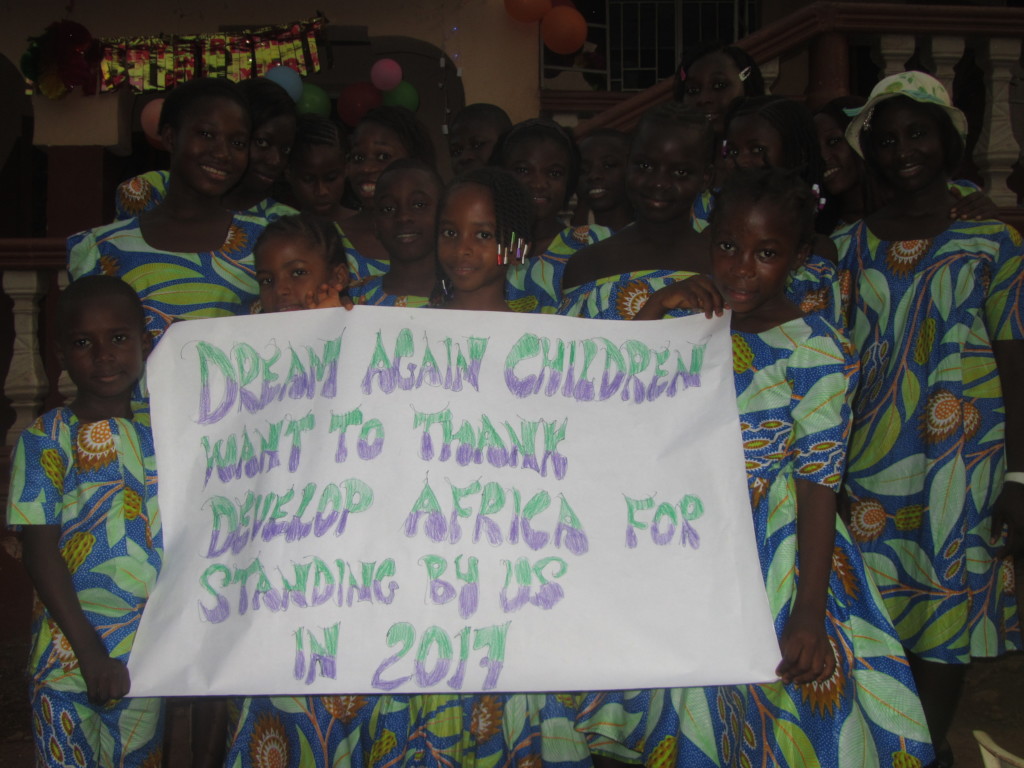 The Dream Home Children say thanks 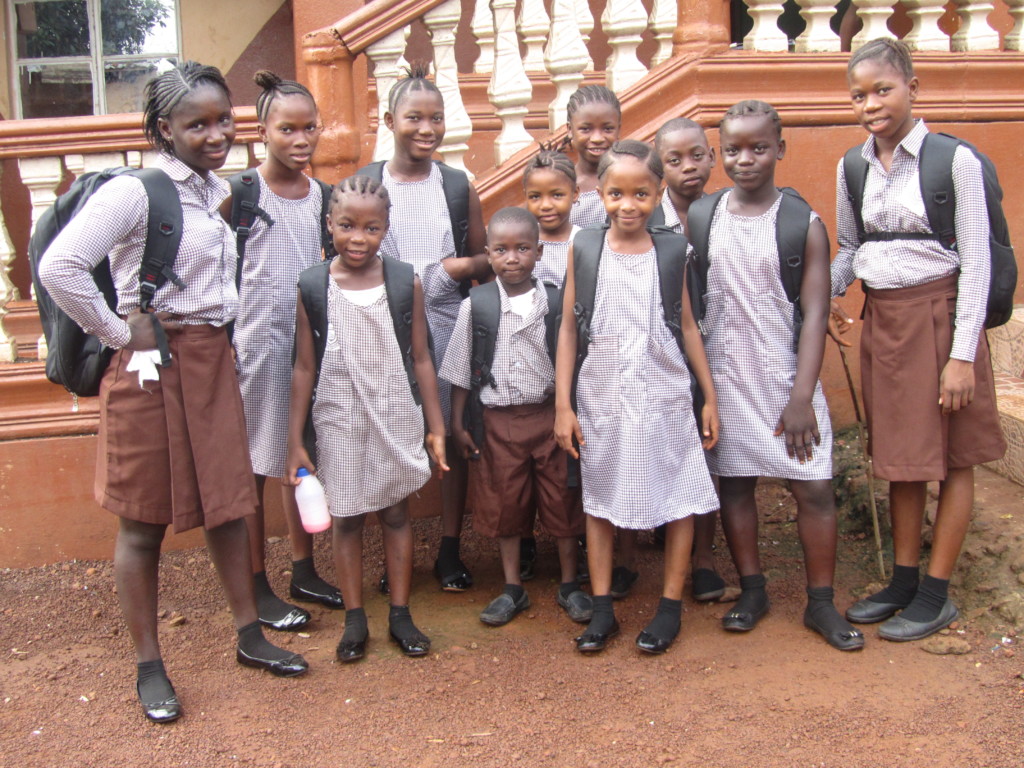 Thank you for your continued support of the Dream Home orphans.   They are each working hard to get good grades in school this year.

The primary school pupils will be having their first semester tests in December. Aaron and Osman are attending extra classes as they prepare for the Basic Education Certificate Examination (B.E.C.E). Aisha and Hannah are also attending extra classes for the National Primary School Examination. Dorcas is taking extra classes to prepare for the West African Senior Secondary Certificate Examination. Dorcas is now the Head Girl of Heisler Seventh Day Adventist Senior Secondary School.  The rest of the children are working hard on their academics as well.

Your continued support of the Dream Home is greatly appreciated as these children continue to work hard academically and strive to become model adults that will impact their communities and nation - and even the world. 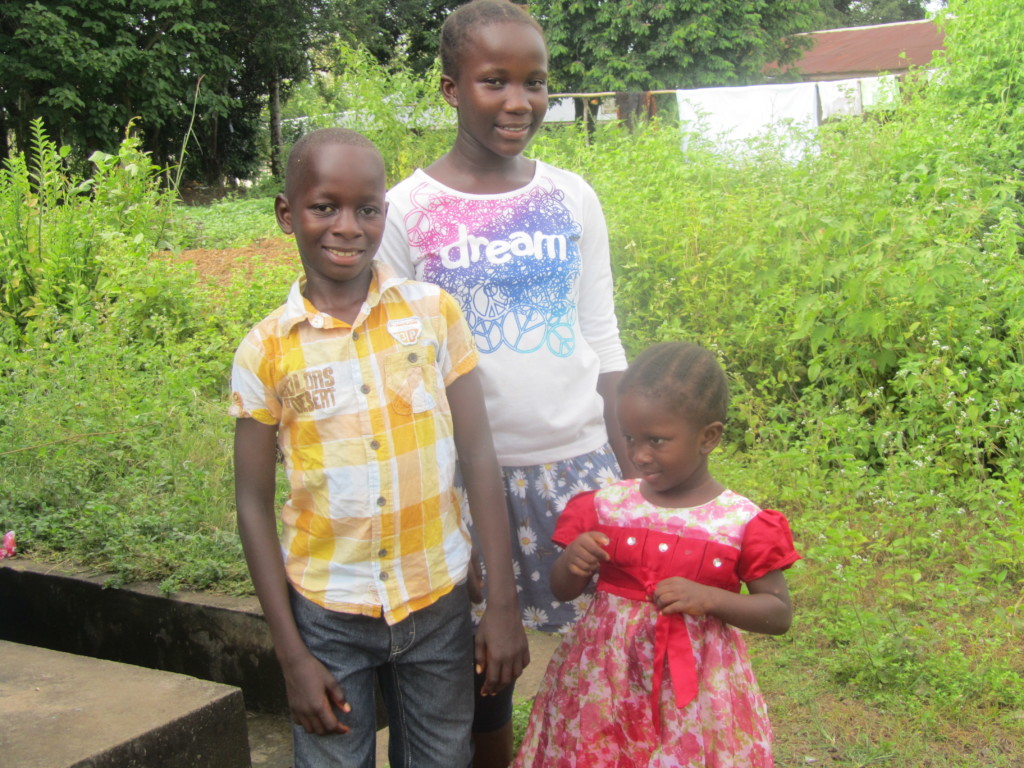 The Dream Home Children Enjoyed Their Summer - Thanks to YOUR Generosity 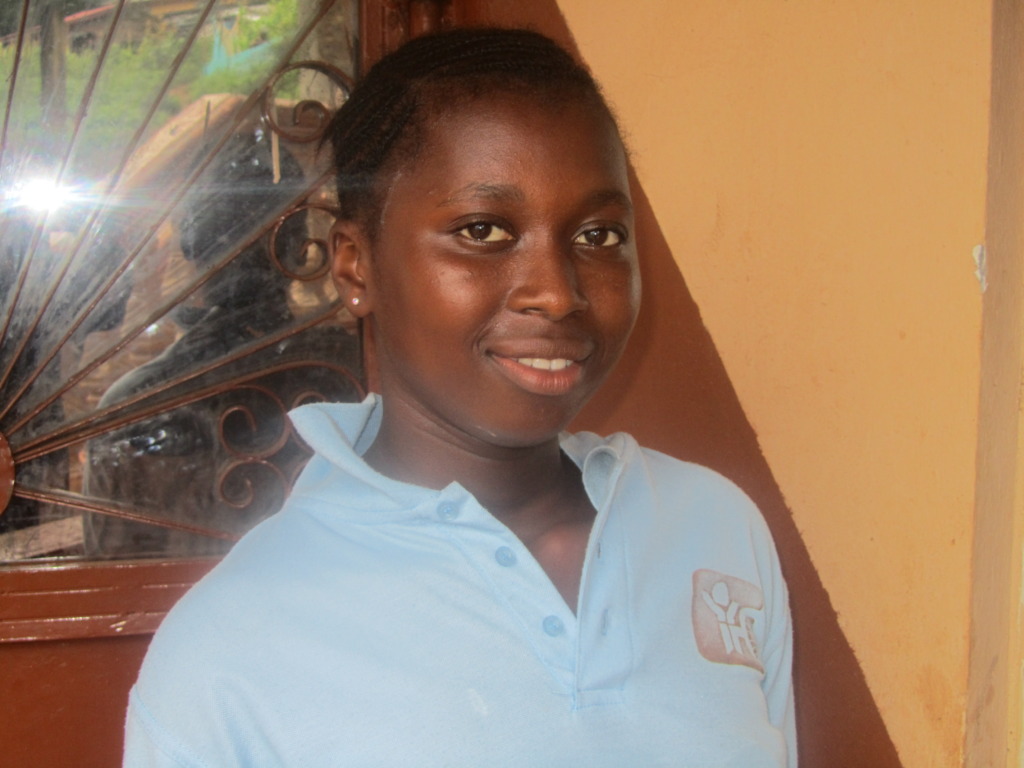 Mabinty was ranked 2nd in her class

The Dream Home children had a busy July and August with multiple visitors, summer camps, report cards and gifts.  None of this would be possible without the generosity of people like YOU!

The kids were delighted by the generosity of the visitors and the gifts they received. The children finished their school year well and are all looking forward to another successful school year this year.

Visitors this summer included: the Royal Servants, Uncle Cheedy, Aunt Edwina and The Bow Valley Baptist Church from Canada.  The kids were delighted to spend time with all of their visitors. You can see more photos of the Royal Servants in the Full Photo Album

Gifts this summer included: Aunt Cecelia’s boxes of peanuts for the kids that they love receiving.The children also received candy from the Royal Servants during their visit. Uncle Cheedy gave each of the children a monetary gift during his visit.

Fourteen of the children went to Kono for the Youth for Christ Camp. The camp was an enriching experience for them spiritually. They also enjoyed the social interaction with their peers and other camp activities. You can see more photos of the summer camp in the Summer Camp Album.

The Dream Home received their report cards and seventeen of the children advanced to the next class level. There are now six Dream Home children in High School.

Your continued support helps us provide the food, education, and security that these Ebola orphans need. Because of your support, the kids had a great summer. They are now ready to start the new school year. They look forward to another successful year.  You are making a lasting a difference for these children! 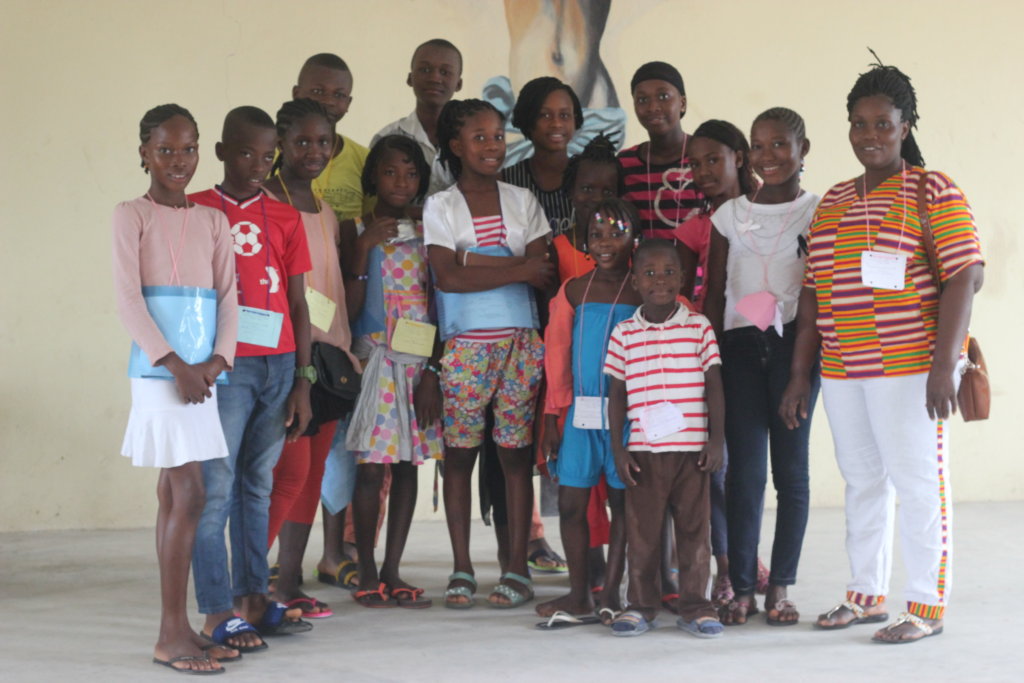 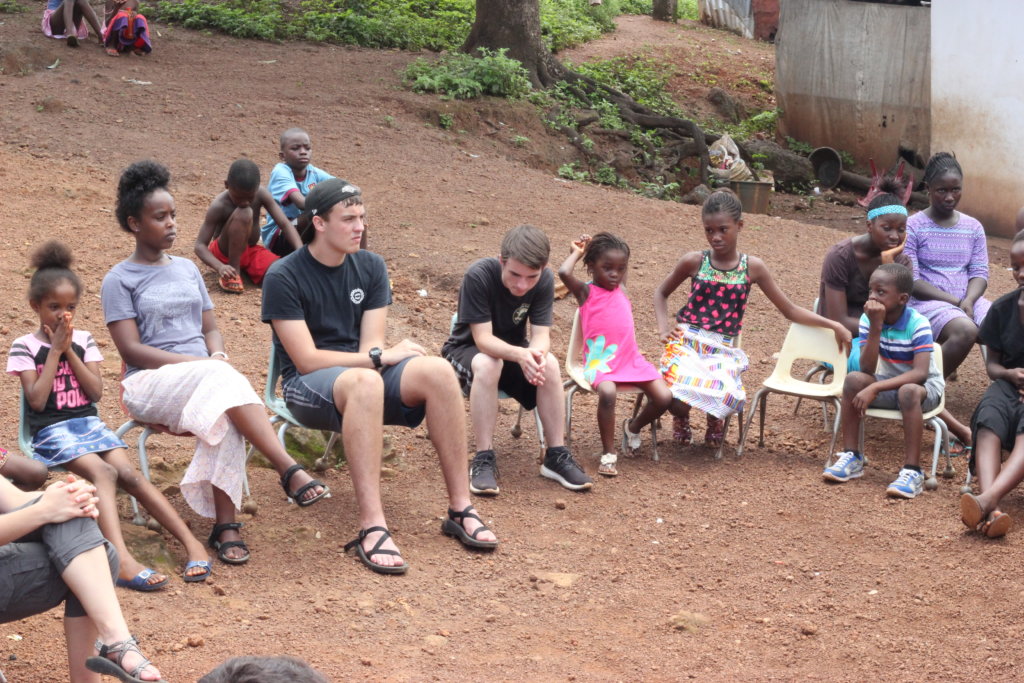 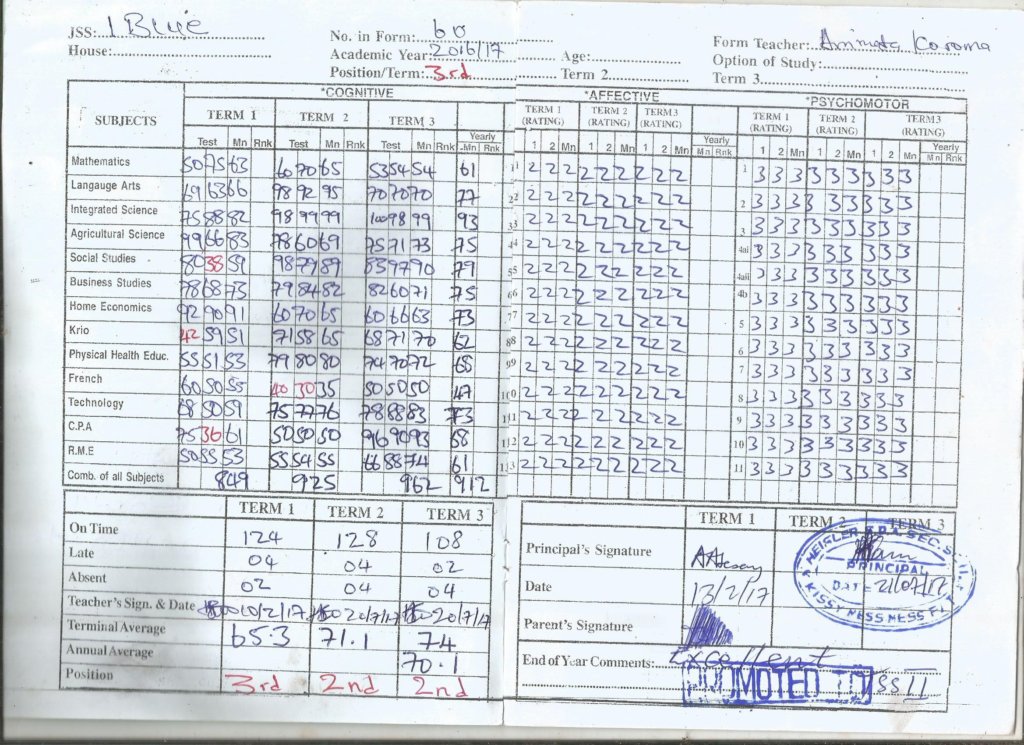 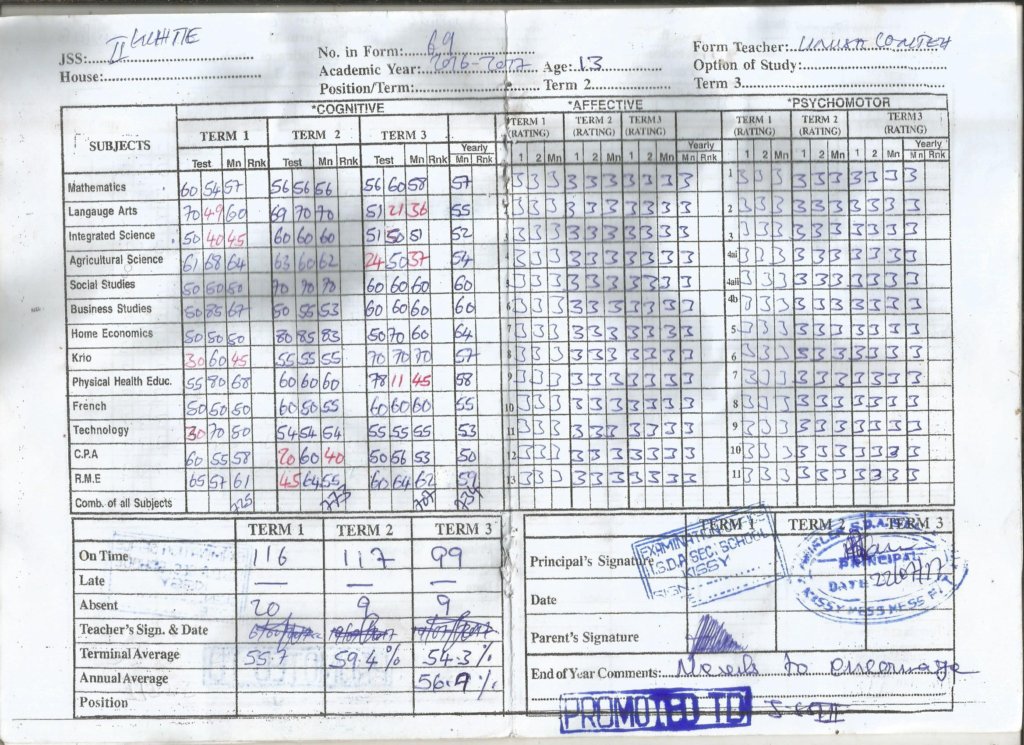 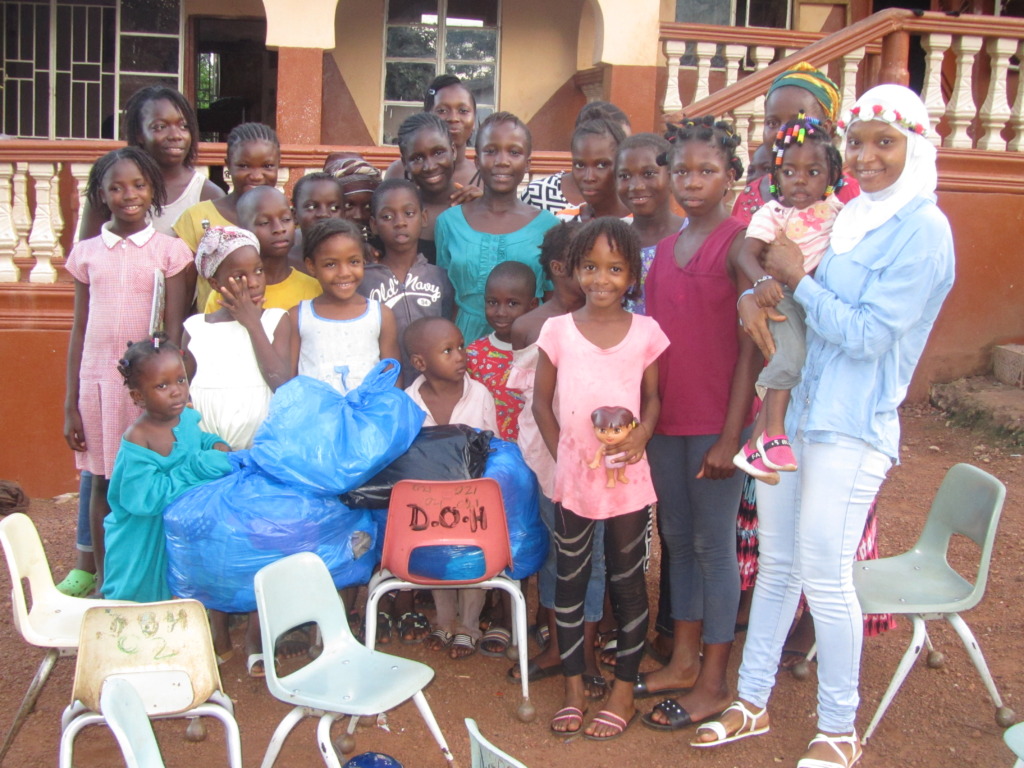 Improvement in Academic Work, Visit of Clowns and Easter Party 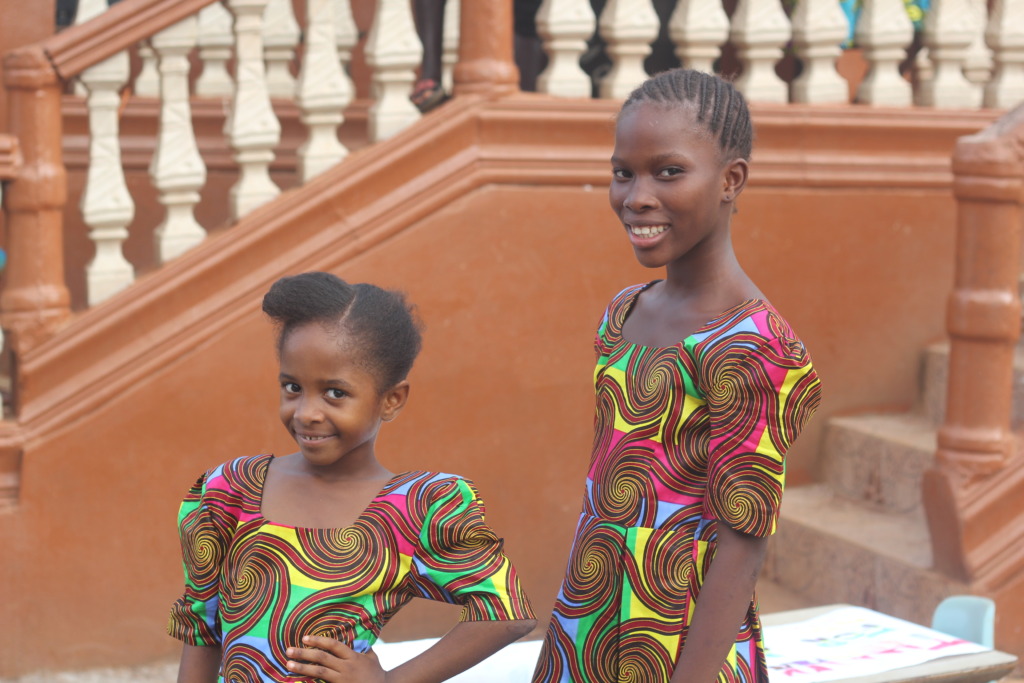 The children are improving in their academic work. Fanta, Daniel, Susan, Mariatu, and Felicia are doing well in their class in the primary category.  Tutors in the After School lessons have aided in their improvement. Dorcas, Fatmata, Mabinty, and Osman are doing well in high school. Alhaji sat to the N.P.S.E in May. Geraldine is also committed to her studies to take the private W.A.S.S.C.E.

Easter Monday - April 17, was a public holiday. We had a party sponsored by Mike, a Board member.  The children enjoyed the Easter celebration.  There was a lot of food, drinks, and dancing.

Our focus continues to be ensuring that they live rounded lives.  We are providing the best care that we could for them.

Over the past 3 months, we have together raised $1,348.32 through this project. This amount is about half of what we need on a monthly basis to meet our budget.

Your support helps us provide the food and security that they need.  Because of you, the children are able to participate in a wide range of celebrations and activities.

Save the Date - Matching Donation Opportunity: On Wednesday, July 12, donations will be matched a 50%, from 9:00 am EDT, with $110,000 in matching funds available.  We look forward to your continued support. 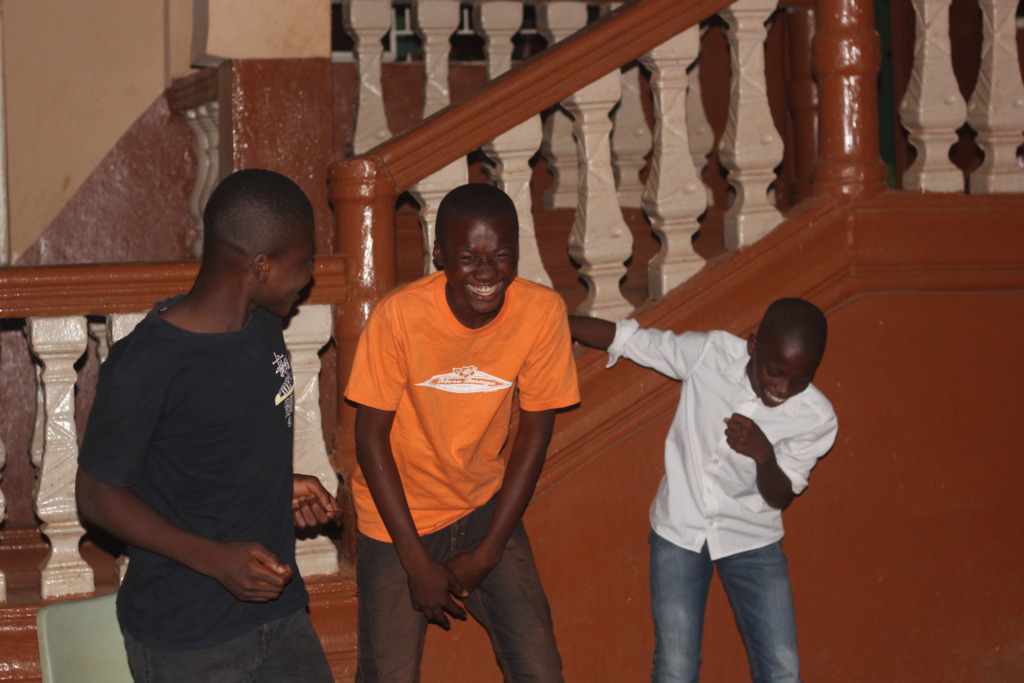 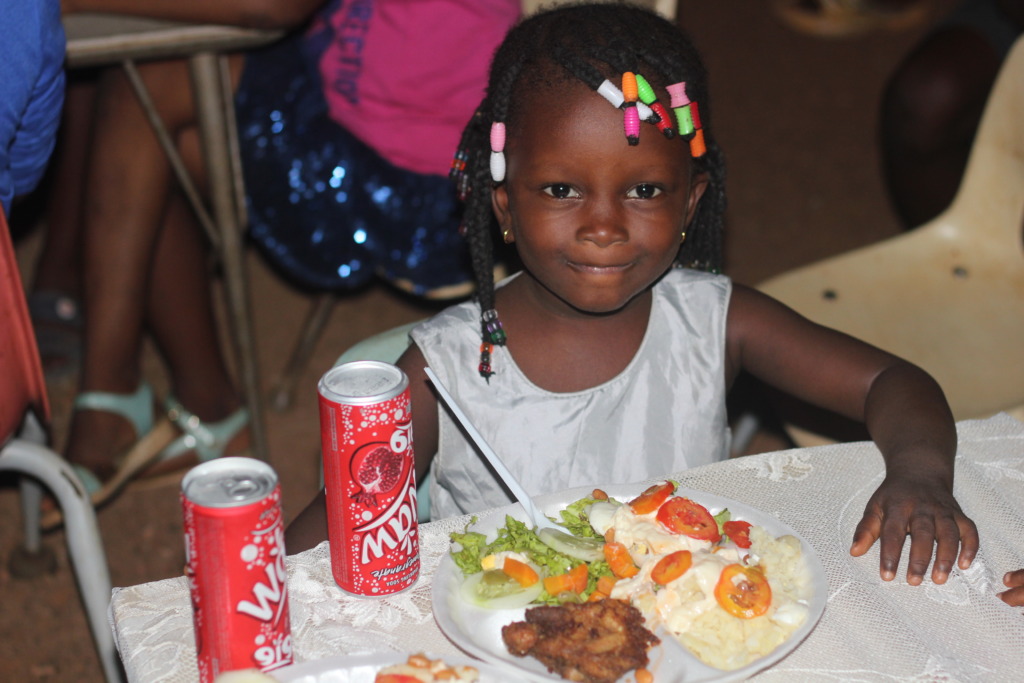 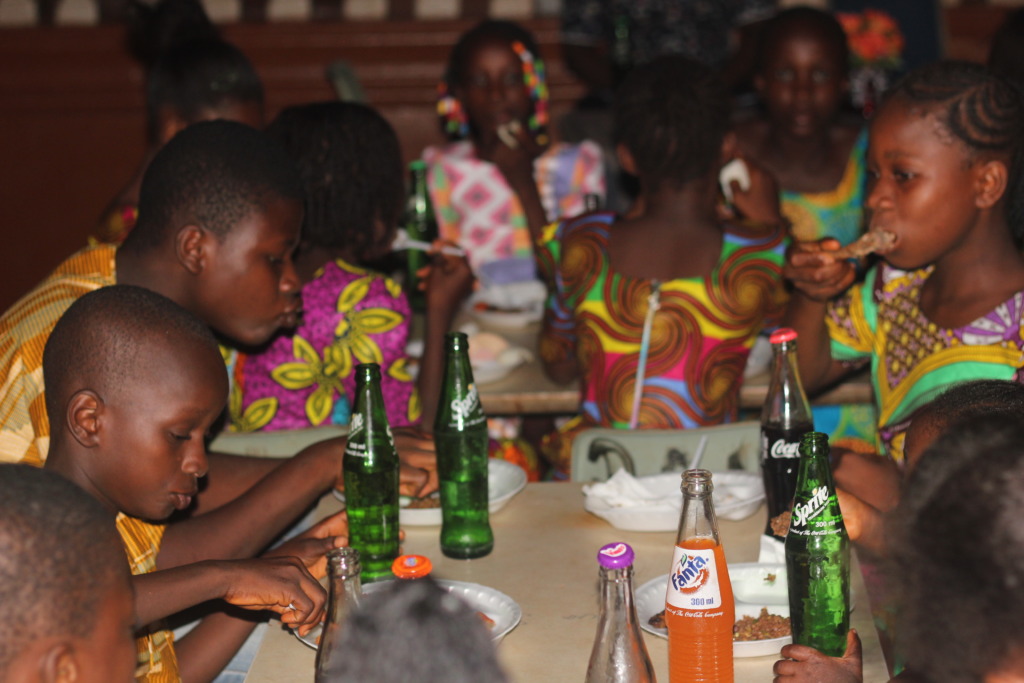 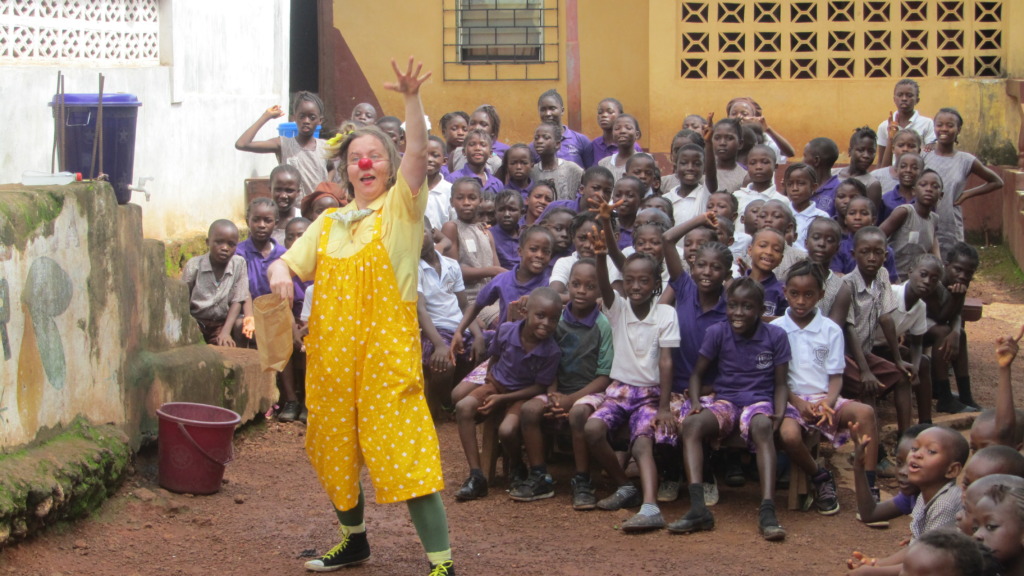 The children enjoyed Clowns Without Borders 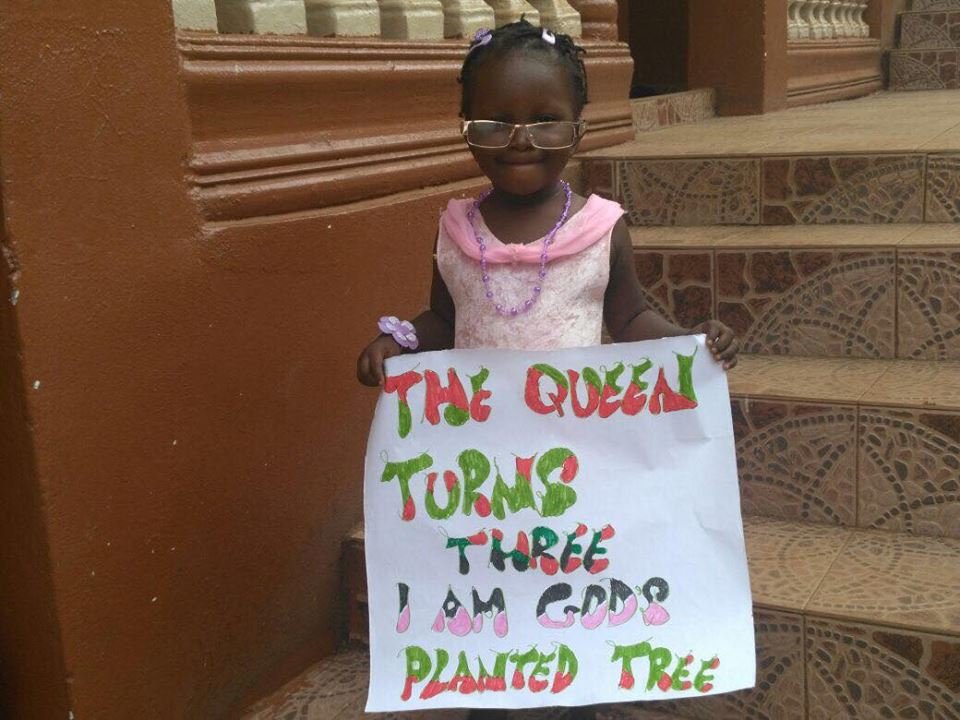 We greatly appreciate your ongoing support of the Ebola orphans living in the Dream Home.

Raising children involves a range of daily needs and the outgrowing of clothes and shoes. Thanks to your generous support, we are able to continue to do that.

The Dream Home children are all working hard in school and are doing well. The kids enjoyed celebrating birthdays for Kadiatu B, Alhaji, Daniel and Regina in January and February.

Over the last 3 months, the kids had several visitors who brought a wide range of gifts and supplies. The Kuyateh family donated a wide range of grocery items and candy. Juliana and her friend Mariama also visited and donated toiletries and some groceries. Pastor Vidal and his wife made a surprise visit and brought drinks and biscuits.

Visit from GlobalGiving: The kids were also delighted to have a visit from Alix Halloran, the GlobalGiving Field Traveler in Sierra Leone on March 22nd. GlobalGiving sends representatives to visit project partners so they can observe how funds are being used to benefit local communities. This helps GlobalGiving ensure high-quality projects. Alix also visited several of our other projects.

In Alix's post-visit report, she provided the following feedback:

"Develop Africa's projects are creating lasting change in the lives of so many children and young women. They are passionate about making an impact in their communities."

We are super-excited to be partnering with GlobalGiving.  Your support as a donor is helping us make a definite impact.

We invite your continued support for the Dream Home children so that each of them can grow up to be healthy, educated adults who give back to their community. 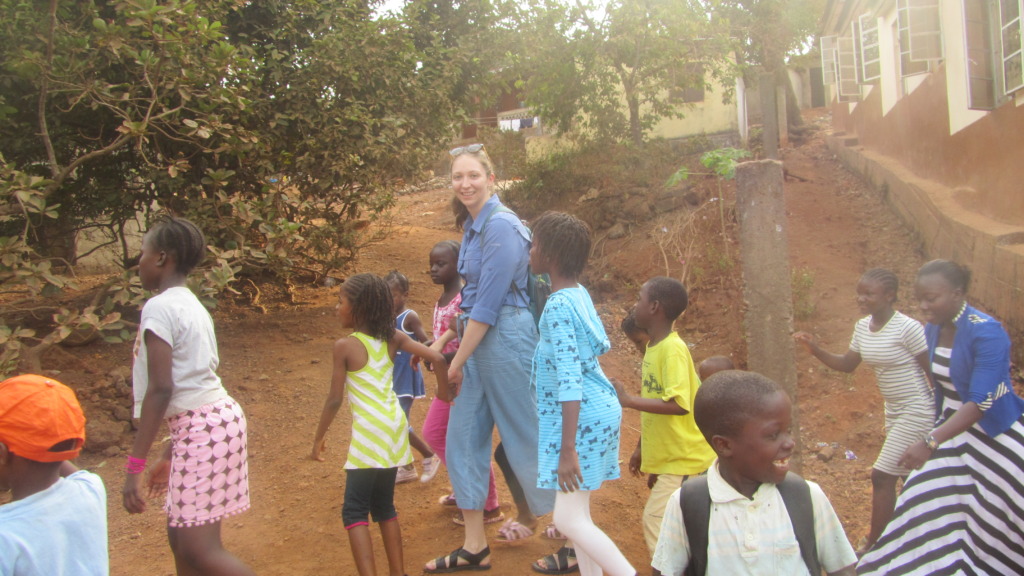 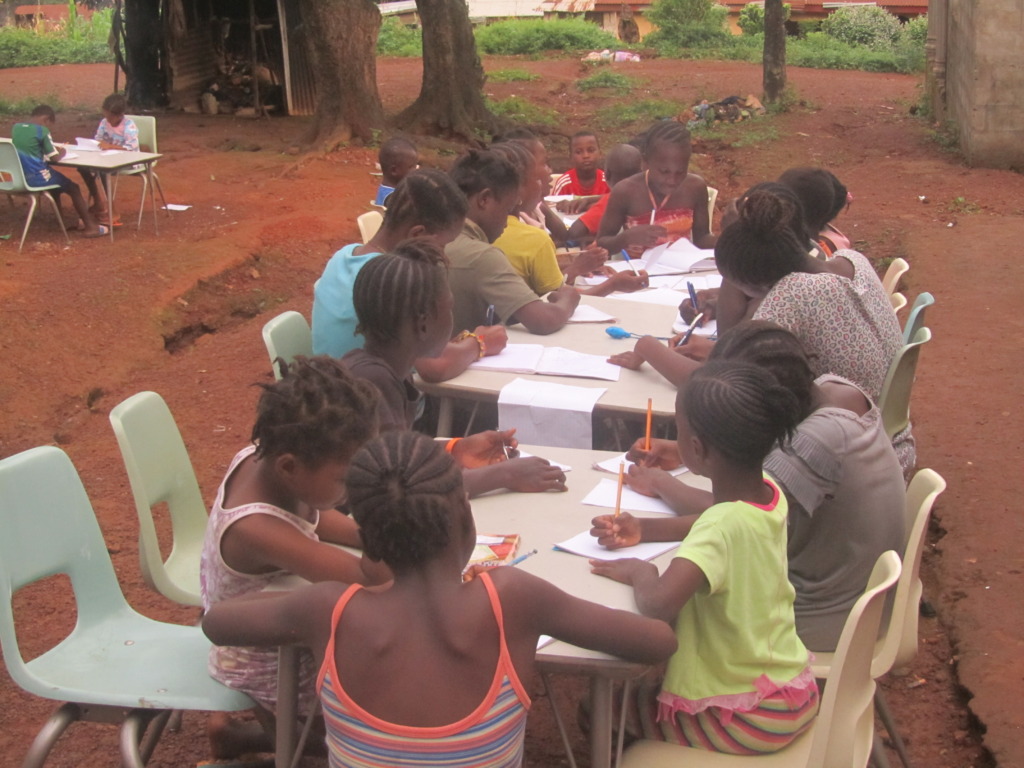 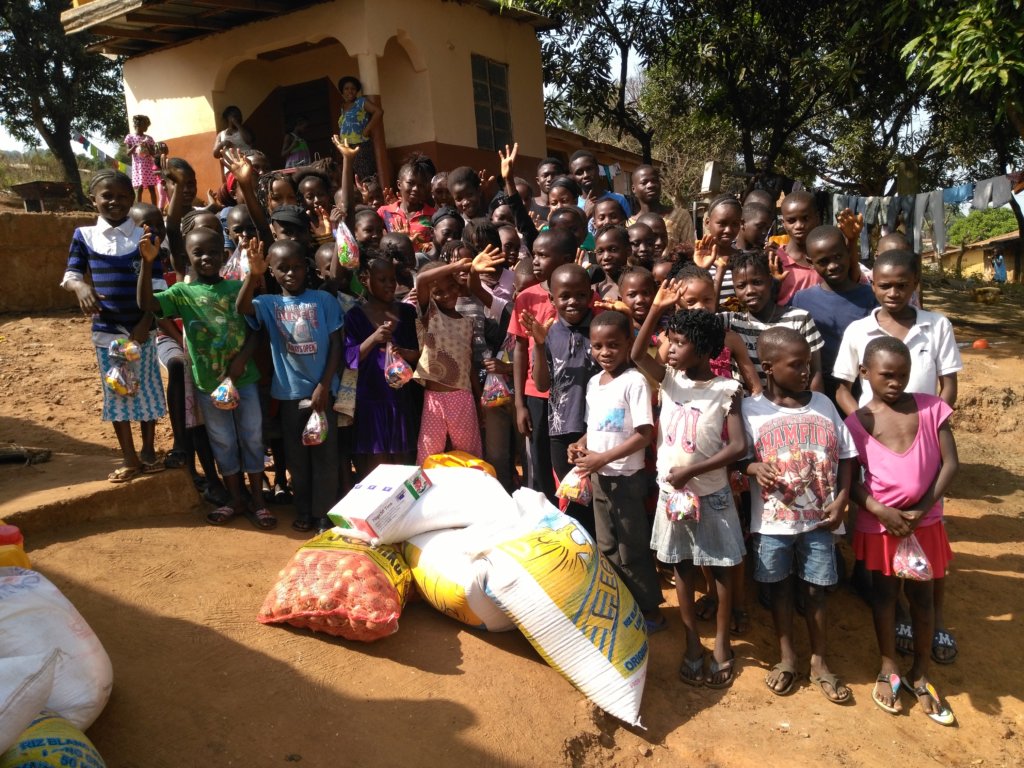 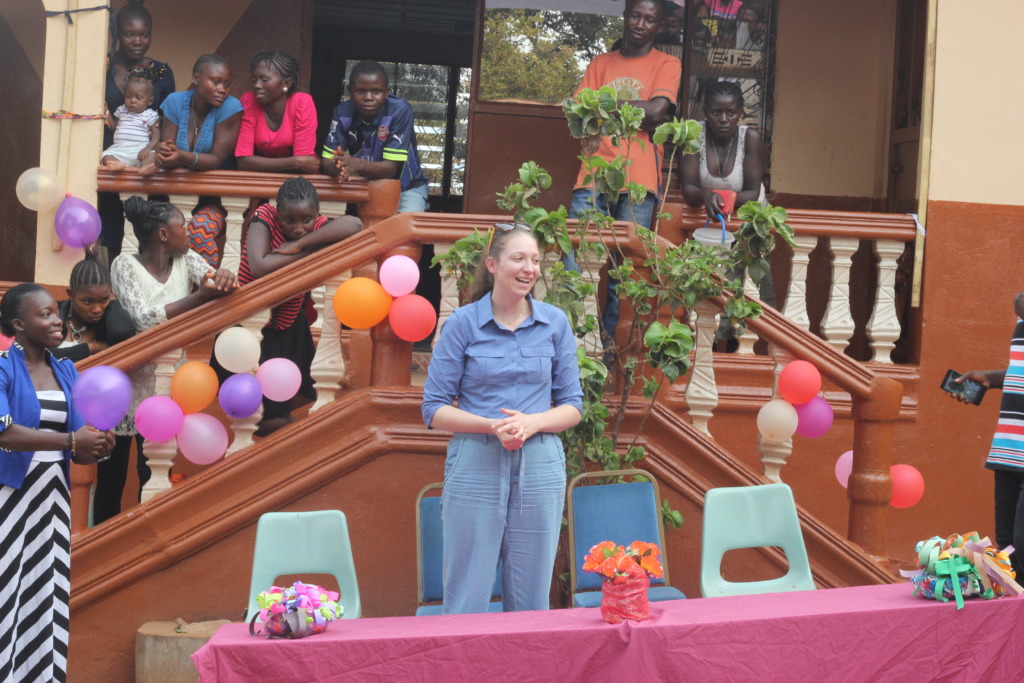 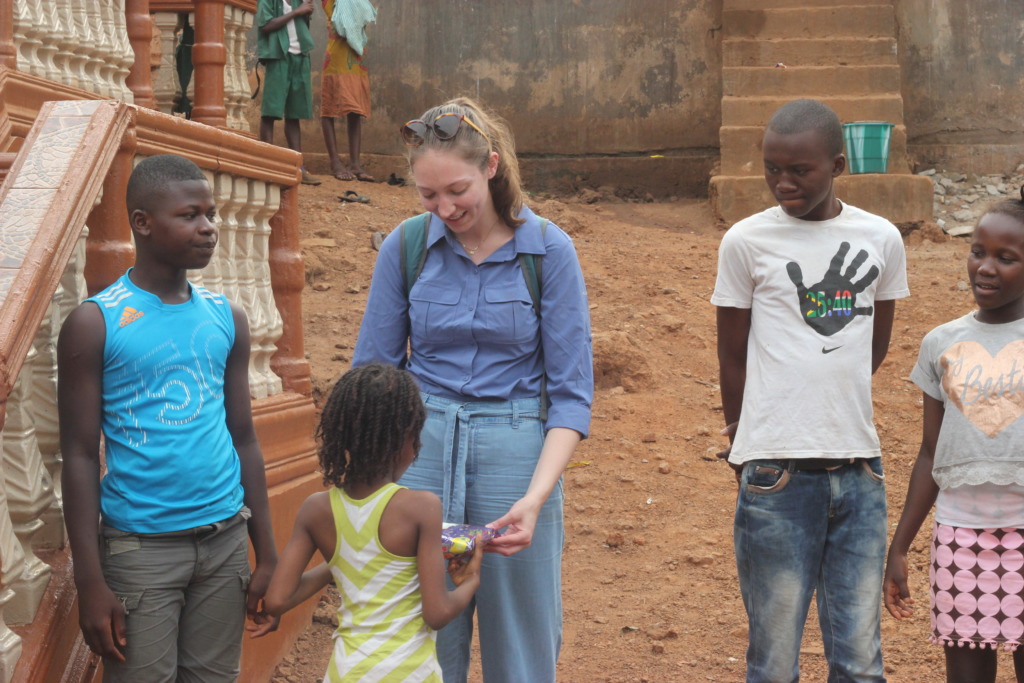 Support another project run by Develop Africa, Inc. that needs your help, such as: 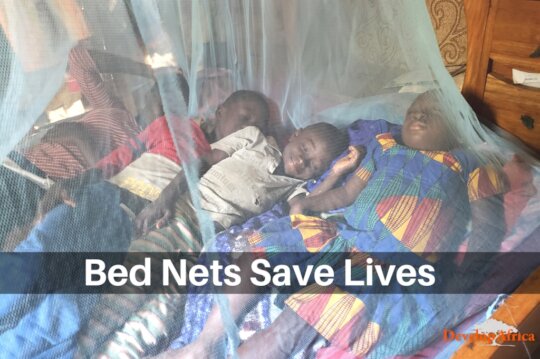 Mosquito Nets for Malaria Prevention in Africa
Find a Project

GlobalGiving
Guarantee
Donate https://www.globalgiving.org/dy/cart/view/gg.html?cmd=addItem&projid=17671&rf=microdata&frequency=ONCE&amount=25
Please Note
WARNING: Javascript is currently disabled or is not available in your browser. GlobalGiving makes extensive use of Javascript and will not function properly with Javascript disabled. Please enable Javascript and refresh this page.