A new rescue boat - and this time it's personal 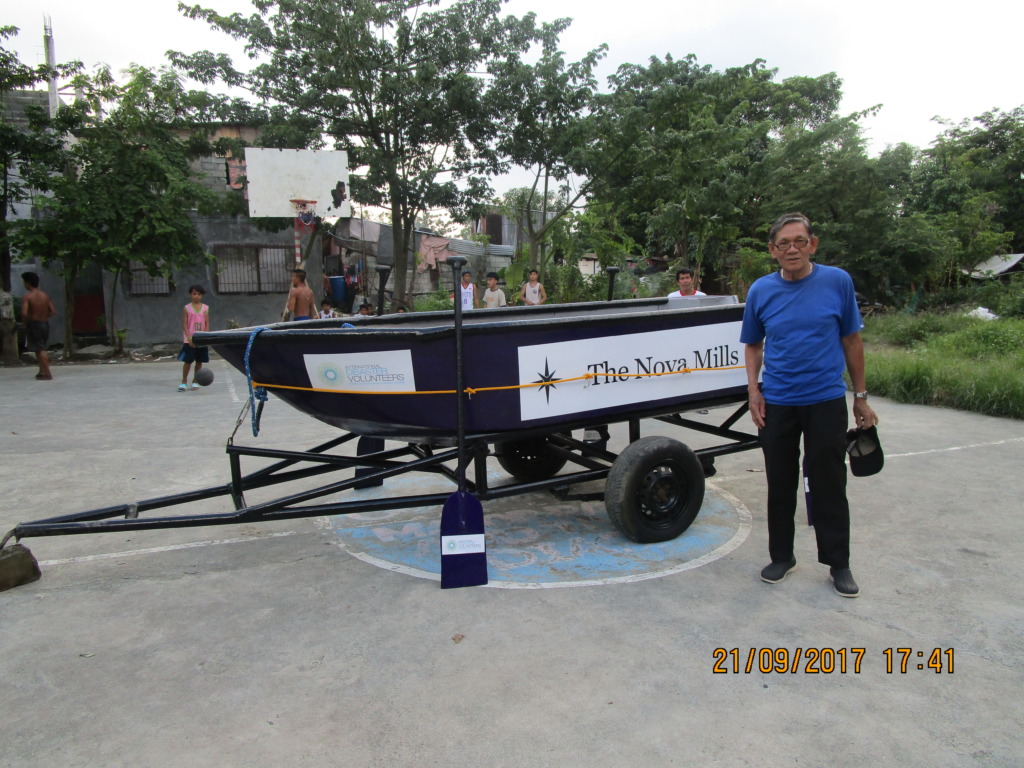 Thanks to your incredible support I’m delighted to announce that our latest flood rescue boat was officially handed over to its host community last week.

Prior to the ceremony the boat received it's paint job and dedication stickers. Moving forward The Nova Mills will protect 420 families in the community of Armpac, near Manila, from frequent flooding caused by typhoons and heavy rains.

This is IDV’s eighth flood rescue boat, and over the years its sister vessels have rescued hundreds of families trapped by the rapidly rising waters. Yet for me, this boat is particularly poignant and personal.

Our rescue boats have traditionally been funded through a dedication or sponsorship model. For example, a previous boat was dedicated to the memory of Helen Thompson, a long-time friend and supporter of IDV who tragically died in late 2013.

Helen’s family went on to raise over £50,000 for our work in the Philippines, and in 2015 we wanted to mark her legacy by naming a rescue boat after her.

The year before, we honoured the generosity of the several smaller donors who had contributed through this website by naming another rescue boat The GlobalGiving.

All of our previous boats have been named in similar ways, either in dedication to supporters’ loved ones or in thanks to single corporate sponsors or fundraising teams.

However, this case was different. The funding for this boat came from many small donations, and these donations were received via several different websites. So, there wasn’t a ready-made name for the new Armpac boat.

Yet for me there was still a very obvious choice in The Nova Mills.

I first met Nova in 1995 during my first year at university, and a few years later our friendship developed into a relationship. That relationship strengthened and almost five years later Nova and I set off to travel the world together.

Our plan was to see the sights and have some fun before returning to the UK to start a family. Sadly things didn’t work out as planned.

Just seven weeks into our trip the 2004 tsunami slammed into the town of Khao Lak, Thailand, where Nova and I had been celebrating Christmas with friends.

We had just a few seconds warning before our beachside bungalow was demolished with both of us inside. That was the last time I ever saw the woman I loved.

Recovering from the tsunami and Nova’s death was a long and painful process. Along the way I returned to Thailand for a year to volunteer. I then worked in Peru for nine months after an earthquake, before going on to co-found IDV in 2008. In the years since IDV has helped over 23,000 of my fellow survivors in Haiti, the Philippines and Nepal.

Yet, while all this has fundamentally stemmed from losing Nova in the tsunami, I’d never explicitly put her name to anything before.

So, with funding in place for a new rescue boat, and with no single sponsor or donor in waiting, I thought it was finally time I honoured the incredible woman the world lost in the tsunami.

It seems a small tribute in many ways, but one I’m happy to be able to make. And, while your donations haven’t directly funded this new boat, they have enabled us to keep us the lights on at IDV, and inspired me to keep doing what I can, when I can. So without you, this latest boat wouldn’t have been possible at all. Thanks so much for your continued generosity.

Moving forward, I’ll be sure to keep you updated on this project in the Philippines, as well as our others in Haiti. If you have any questions in the interim please don’t hesitate to email Andy@IDVolunteers.org. I would be delighted to hear from you. 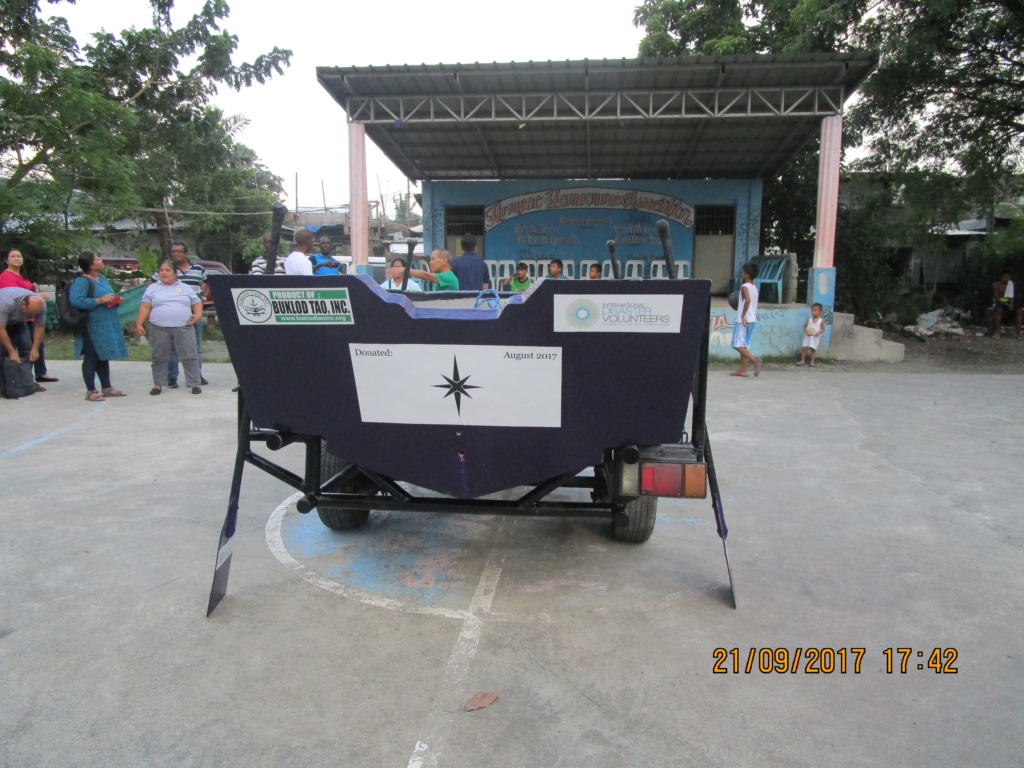 Nova's brothers and I wear this star as a tatoo 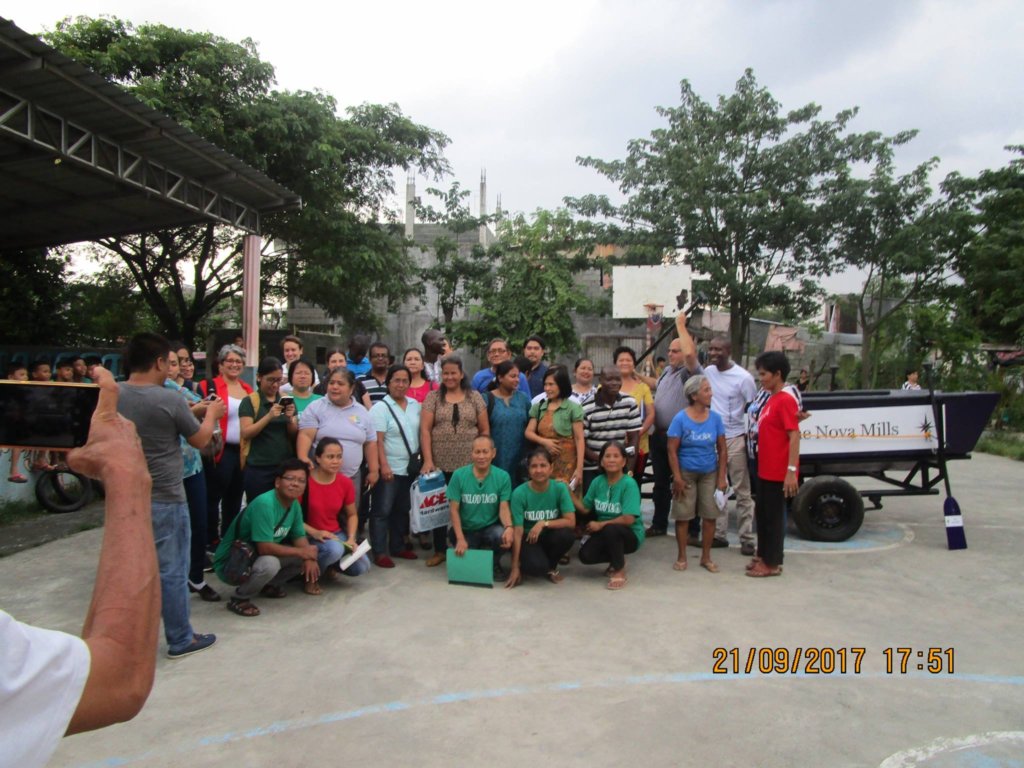 The boat was handed over to Armpac last week 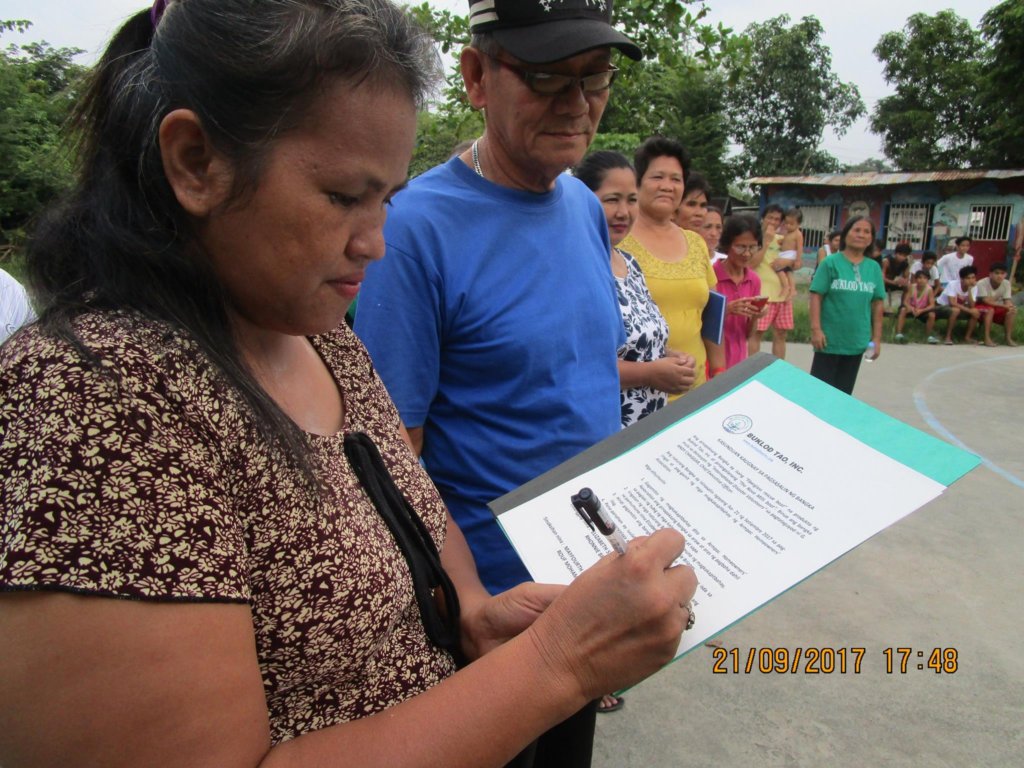