by French Medical Institute for Mothers and Children 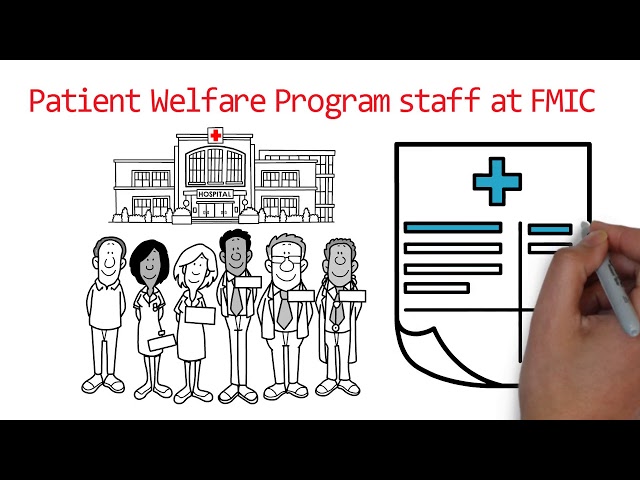 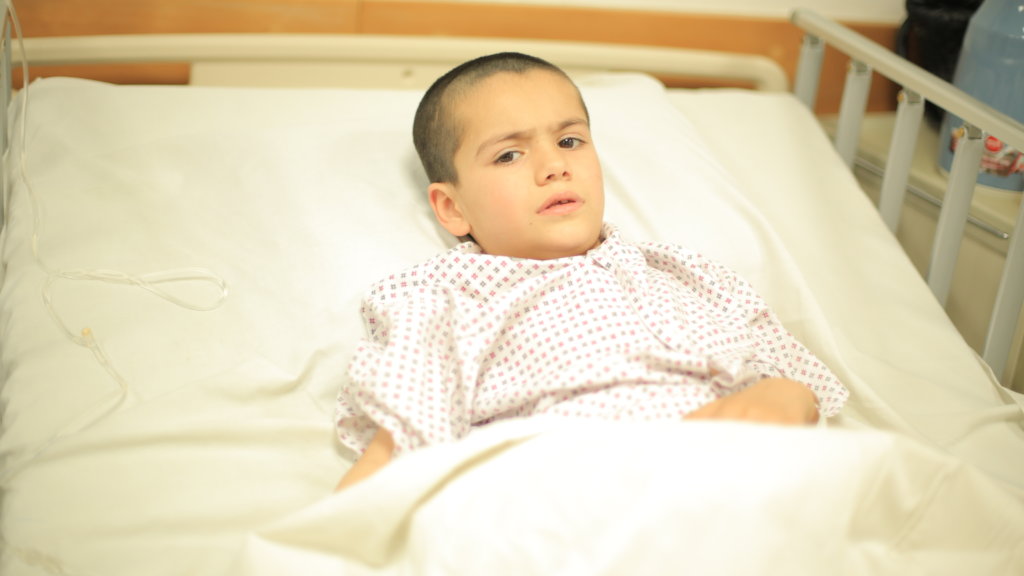 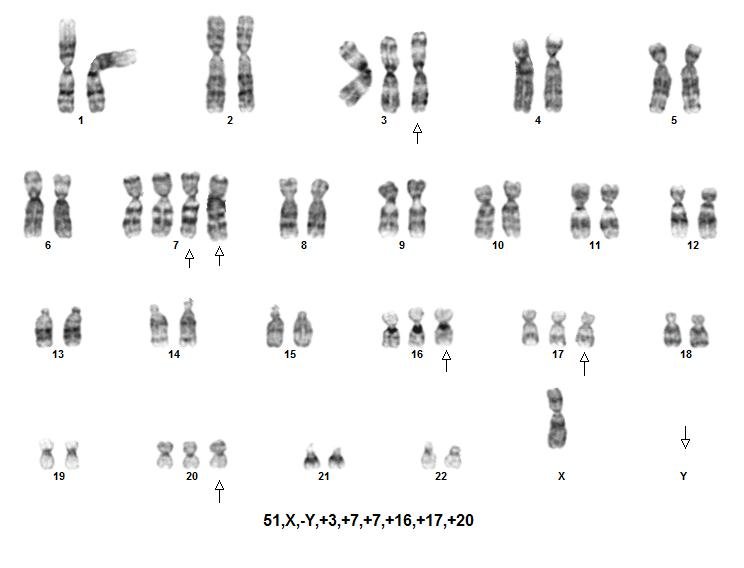 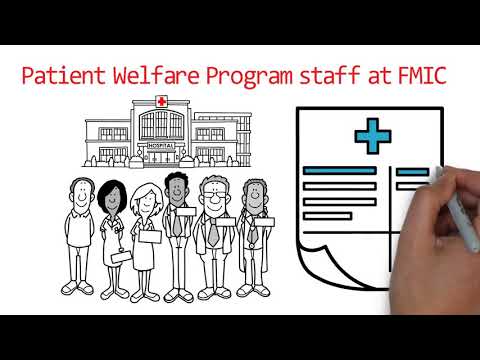 Your support can help one patient to detect cancer

Your support can help one patient to detect cancer earlier

Cancer is one of the deadliest cause of death in Afghanistan. Every year, about 20,000 people are diagnosed with blood cancer and about 15,000 of them die annually. Breast cancer is reported to be the highest, stomach cancer ranks the second, and blood cancer falls in the third category.

hat total death cases were reported to be. Furthermore, 121 cases of Breast, 64 of stomach, 50 of Leukaemia, 19 of Liver, 11 of Esophagus, 9 of Cervix & Uterine, 9 of Brain and 85 cases of other types of cancer were reported.

The main reason of the breast cancer high frequency is the low or no basic education and awareness about self-breast examination in the women. Furthermore, stomach cancer is the second in number, frequently occurring cancer, in Afghans, specifically in men. The level of public awareness is too low about the risk factors and non-existence of treatment facilities of the stomach cancer in Afghanistan, therefore, it is the second leading cancer diagnosed in Afghanistan. And finally, blood cancer is the third frequently occurring cancer in Afghan society.

FMIC is the product of a four-way unique public private partnership between two governments and two international NGOs, including the Aga Khan Development Network (AKDN). For the past 14 consecutive years, FMIC has been serving the healthcare needs of Afghans while focusing quality services, innovation and building the local capacities in terms of human resources and technology.

Afghanistan has very limited or no facilities for timely and proper diagnosis of lethal diseases, including Leukaemia (Blood cancer). This results in loss of lives and heavy burden on families due to delays in detection of cases and treatment. Moreover, in Afghanistan there was no facility available for diagnosis of blood cancer and genetic disorders. FMIC launched its cytogenetic testing facility in 2020 and now physicians are referring patients, but they are unable to afford testing fee.

Patient Welfare:
The Patient Welfare Program is in place since the establishment of FMIC and has so far supported patients in need with a financial impact of over 41 Million USD. The journey continues.

On a daily basis, FMIC ensures that no patient leaves the hospital untreated because of lack of money. For many patients, even a $10 expense is an obstacle to healthcare. Envision a child or mother suffering from life-threatening diseases in an impoverished and war-affected zone. Imagine that just a few dollars contributed by you can help save lives and improve quality of life for many. For example, $10 will pay for an initial visit to a doctor, $15 will pay for one-night stay of a patient in the general ward, $65 will pay for one night stay of a patient in the Intensive Care Unit.  We do appreciate your continued support and cooperation! Recently we had two patients who referred to FMIC for their treatment, when they were unable to diagnose their disease out of FMIC, the article was published in international journal named BMC.

1-             Our patient was a 42-year-old Tajik, Afghan man with no known medical illness who presented to our institution with lethargy, anorexia, pallor, and progressive abdominal distension that had developed over a duration of 4 months. On examination, the patient was pale, not in distress, and had no lymphadenopathy. His abdominal examination revealed gross splenomegaly crossing the midline with the liver just two finger breadths in the subcostal region. His complete blood count revealed moderate anaemia, thrombocytes, and hyper leukocytosis (450,000 white blood cells per microliter), showing predominance of granulocytes with a bimodal peak of mature neutrophils (68%) and myelocyte (33%). The patient’s blast count was 4%, with normal basophil count.

2-             A 45-year-old female, without any significant past medical illness, presented with lethargy, anorexia and pallor, which progressively developed over 6 months. On examination, the patient was mildly pale, and abdominal examination revealed moderately enlarged spleen without hepatomegaly. Complete blood count (CBC) revealed moderate anaemia, hyper leukocytosis (130 × 103 white blood cells per microlitre), demonstrating predominance of granulopoesis with bimodal peak of mature neutrophils (51%) and myelocyte (29%). The blast count was less than 1% and there was no basophilia. With an initial suspected diagnosis of CML, cytogenetic analysis was performed.

Project Leader:
Sultan Ahmed
Kabul, Afghanistan
$171 raised of $10,000 goal
You last donated to this project on
6 donations
$9,829 to go
* Amounts in US Dollars
Donate Now
Donate once
Donate monthly
$10
USD
Will pay for an initial visit to a doctor
›
$50
USD
Will pay for bone marrow cytogenetic tests (Leukemia & lymphomas)
›
$90
USD
Will pay for genetic testing to rule out congenital defects (e.g. Down Syndrome, Sex & Autosomal Chromosome abnormalities for infertility, miscarriages & abnormality in children)
›

Make a monthly donation & get matched today at 100% while funds remain. Terms and conditions apply.
Give the gift of stability in a time of instability. Set up an automatic, monthly gift now and get matched at 100%—because the COVID-19 pandemic has hurt us all, and it will take all of us to overcome it. Terms and conditions apply.
Monthly giving is as easy, safe, and as inexpensive as a Netflix subscription. Start a monthly donation to French Medical Institute for Mothers and Children today and get matched at 100%. Terms and conditions apply.
$10
USD
monthly
Will pay for an initial visit to a doctor
›
$50
USD
monthly
Will pay for bone marrow cytogenetic tests (Leukemia & lymphomas)
›
$90
USD
monthly
Will pay for genetic testing to rule out congenital defects (e.g. Down Syndrome, Sex & Autosomal Chromosome abnormalities for infertility, miscarriages & abnormality in children)
›

Donating through GlobalGiving is safe, secure, and easy with many payment options to choose from. View other ways to donate
French Medical Institute for Mothers and Children has earned this recognition on GlobalGiving:

GlobalGiving
Guarantee
Donate https://www.globalgiving.org/dy/cart/view/gg.html?cmd=addItem&projid=47926&rf=microdata&frequency=ONCE&amount=25
Please Note
WARNING: Javascript is currently disabled or is not available in your browser. GlobalGiving makes extensive use of Javascript and will not function properly with Javascript disabled. Please enable Javascript and refresh this page.