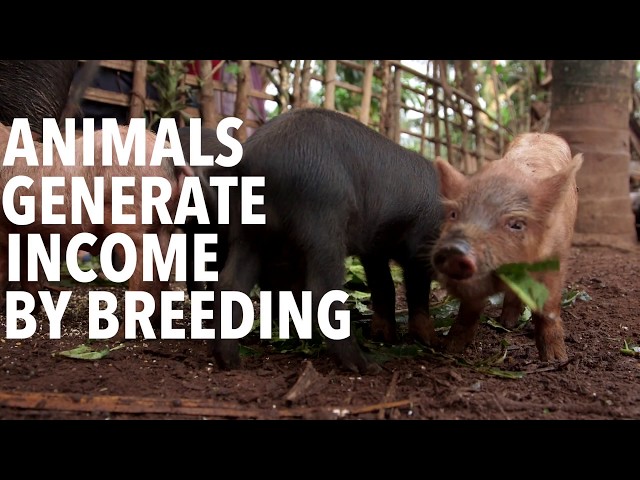 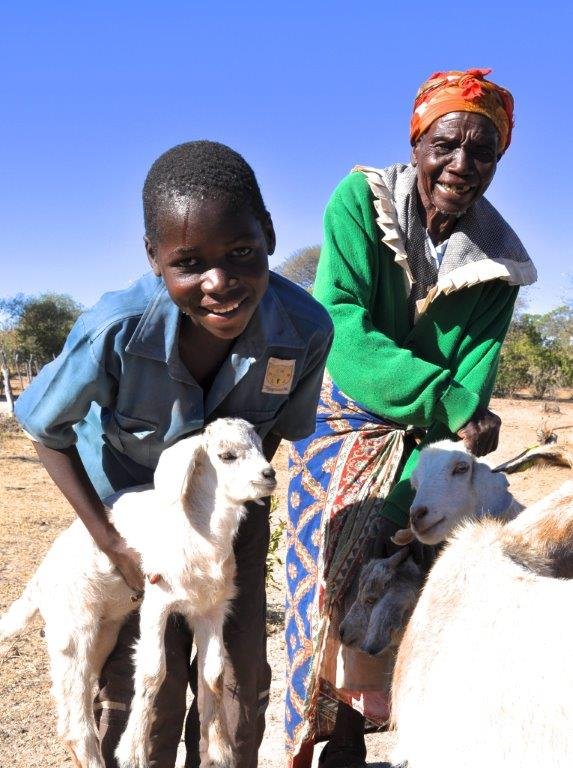 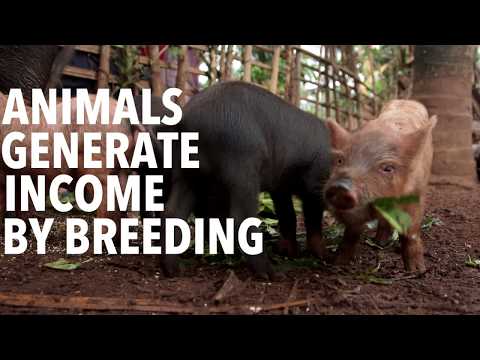 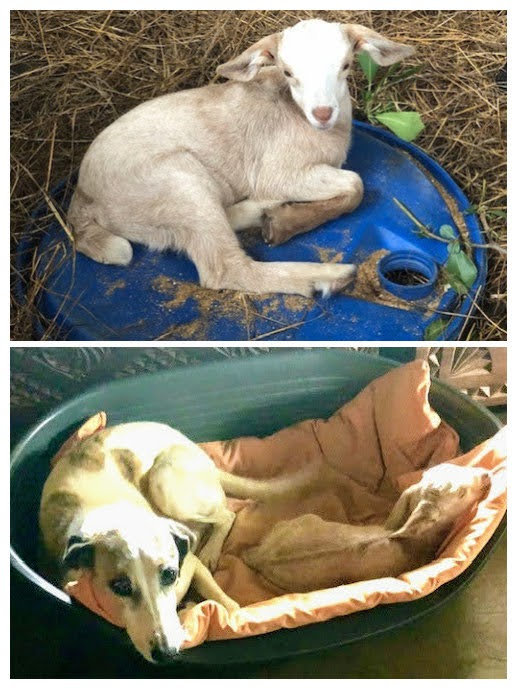 We have had three new lives to celebrate recently, Rabbit, Stewart and Daniel!  Rabbit arrived first and made her demands known early.  Our does remain with their babies for three days and then, while the babies sleep, they go off with the herd to browse and graze, coming back several times during the day to feed their babies.  At four days old the babies sleep most of the time their mums are away.  Birthing usually happens with several mums delivering within days of each other so the babies have company and are not left on their own – very distressing for any child!  Rabbit’s mum, Hope, delivered earlier than expected so on day three Rabbit found herself with no company – and she told us she was not happy about the situation.  She cried and called until we thought our hearts would  break, so we decided to bring her into the garden where we were working.  She made herself right at home and, at 4 days old she was bossing the dogs around and demanding to share their space.  Ramsy and Pippa were amazingly patient and tolerant of Rabbit’s disrespect for their positions in the home and allowed her great liberties!  Even to the point of Pippa allowing her to share her bed!

While Rabbit made herself comfortable with us, Fred, who is not the most agile goat, managed to slip off a rock while stretching for a leaf just out of his reach, and found himself stuck between the rock and the fence.  He is a large goat and the space was very small.  It took two strong men to assist him out of his predicament!  He was more embarrassed than hurt, I think!  Before Fred joined us he lived in an area with few rocks, on mostly soft sand and grass.  When he arrived he was not sure what a rock was and struggled to jump onto or off of the rocks which we have in abundance on Morning Star.  He has come a long way since then and this little slip was his first in a long time! 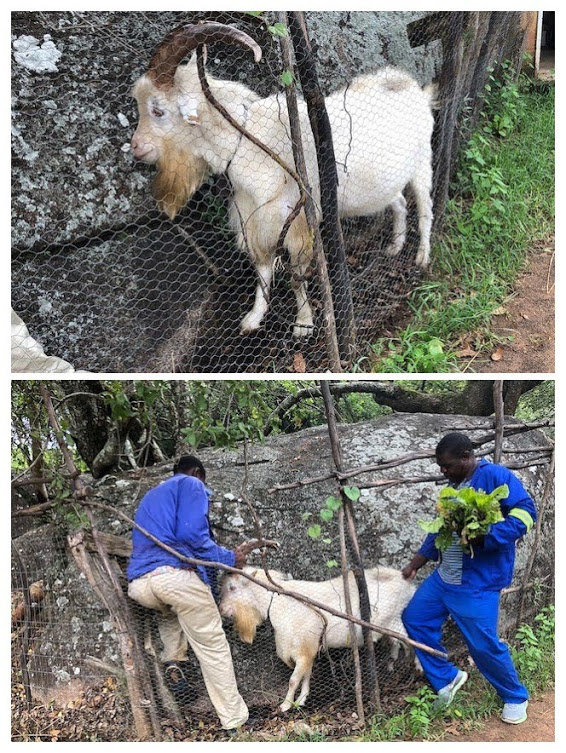 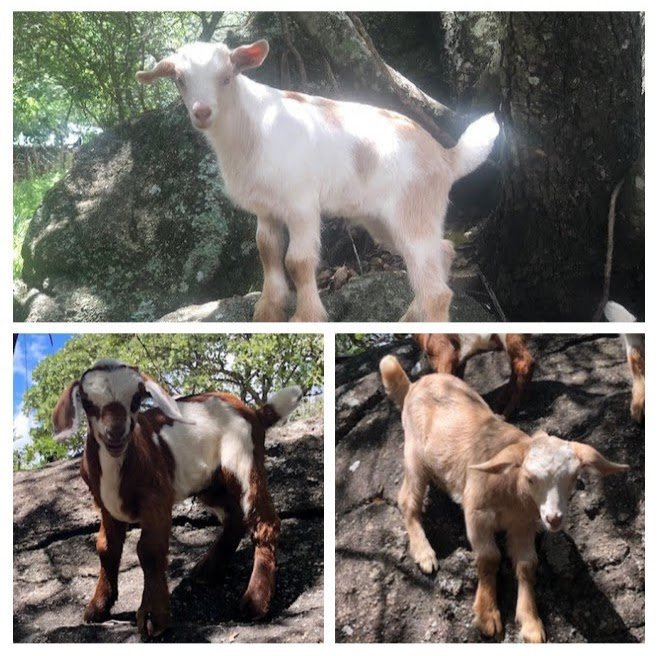