This Thanksgiving Nolson is thankful for you!

By Emma Taylor - Head of Media and Marketing at IDV 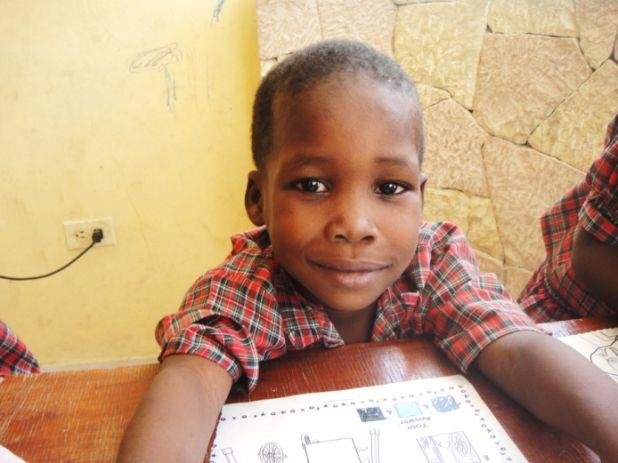 A very happy Thanksgiving to you!

Nolson has nine brothers and sisters. After his dad died, his mom couldn’t afford to care for them all, so she brought him to the orphanage with two of his older brothers – Wisly and Nicholson.

Today, Nolson is absolutely thriving. He loves school, and is always tagging along with his older brothers when they play football. Nolson has also turned into the orphanage’s neatest child and can often be found tidying up the toys and helping the staff clean.

Nolson is now a happy, thriving child, but before you came along the staff who look after him were worried. They knew that if the orphanage couldn’t make its own money, the kids would never have a truly secure future. Now, thanks to you, they’re well on their way to future financial security.

As families across the US gather to give thanks, HTDC is also planning its own thanksgiving meal. The kids will share three turkeys with their friends in Port au Prince.

This year, we wanted to take a moment to let you know that Nolson – and 29 other children just like him – are thankful for you.

We wish you a very happy Thanksgiving from all of the kids in Haiti and our staff at IDV!