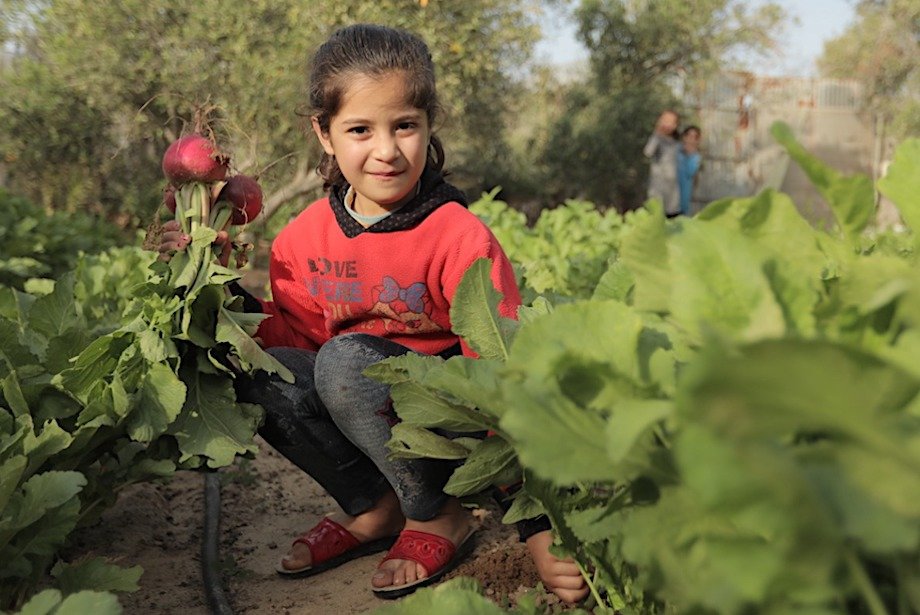 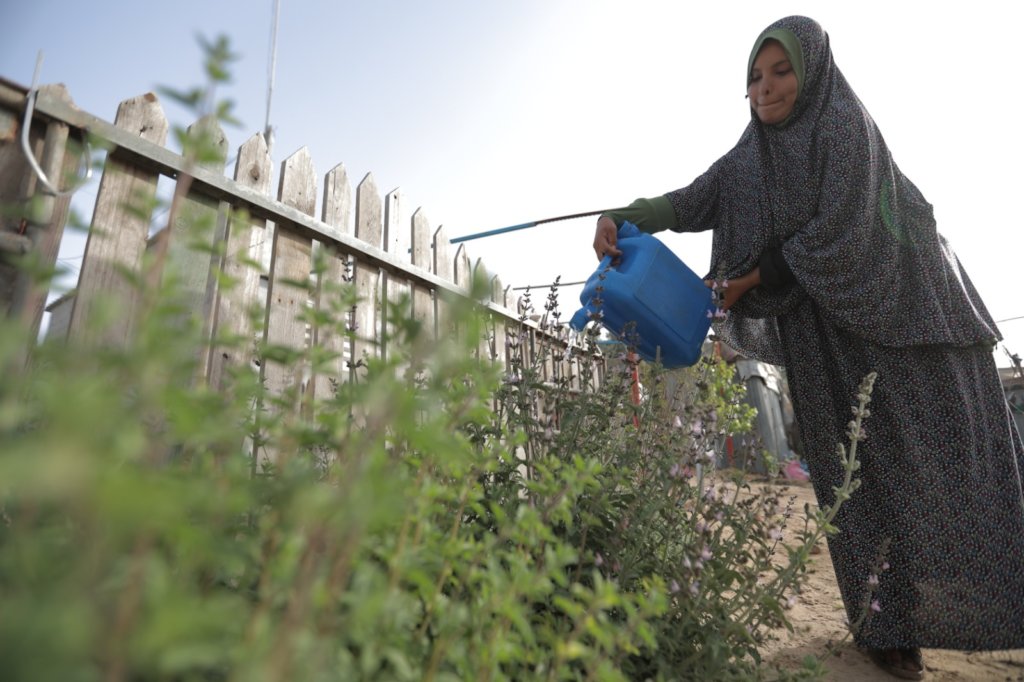 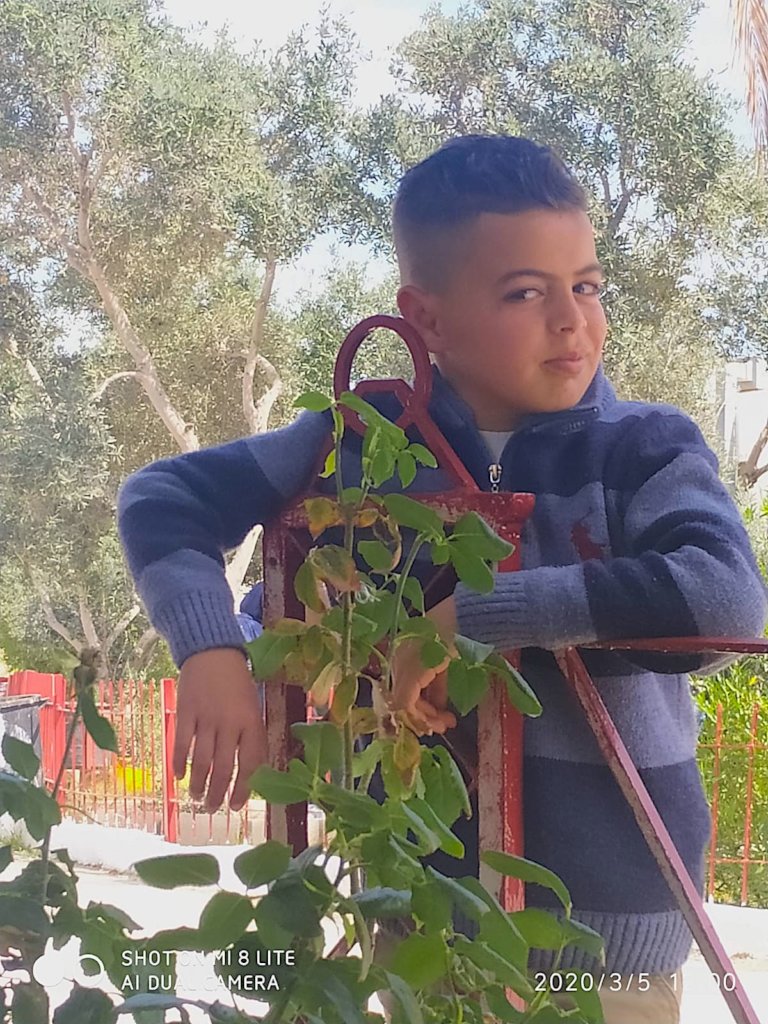 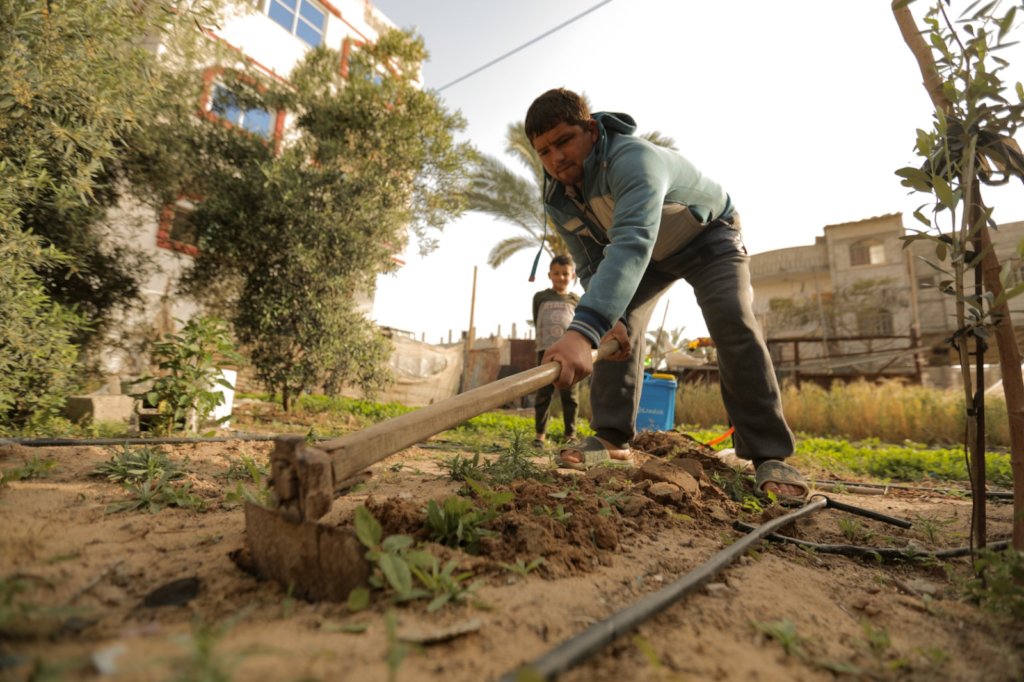 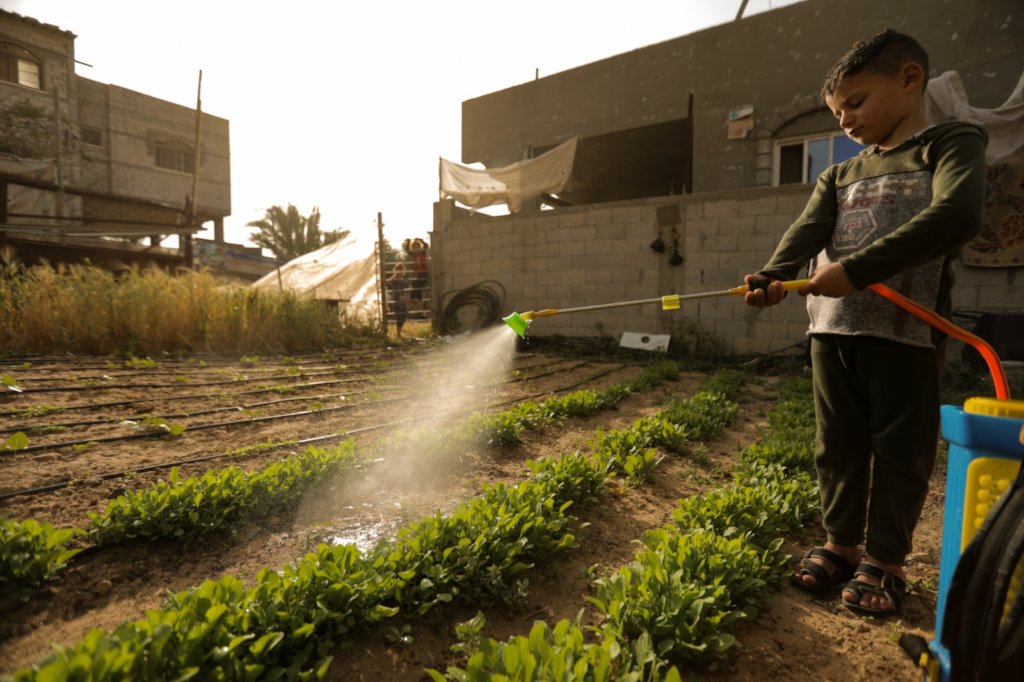 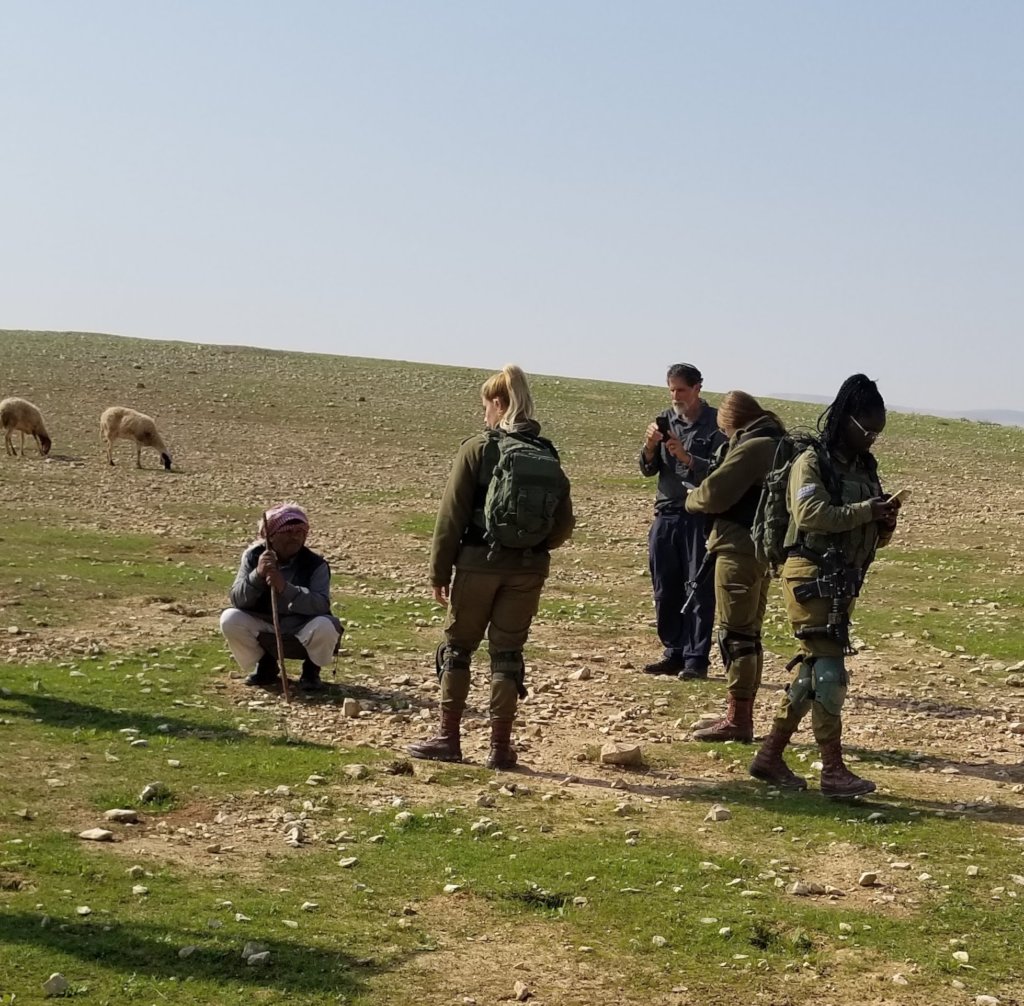 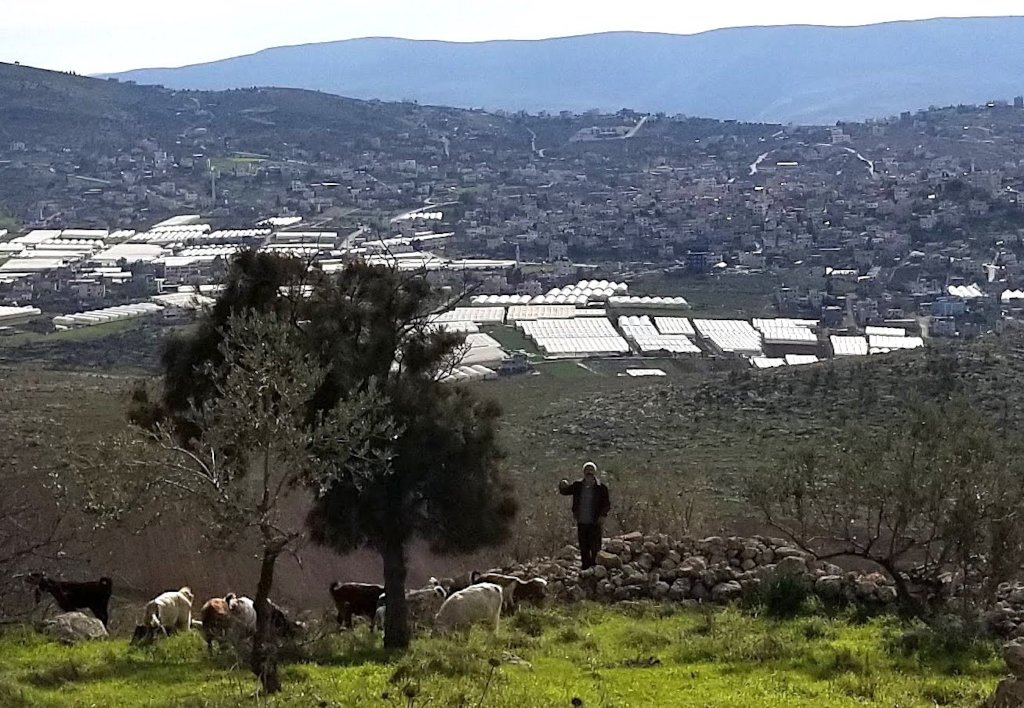 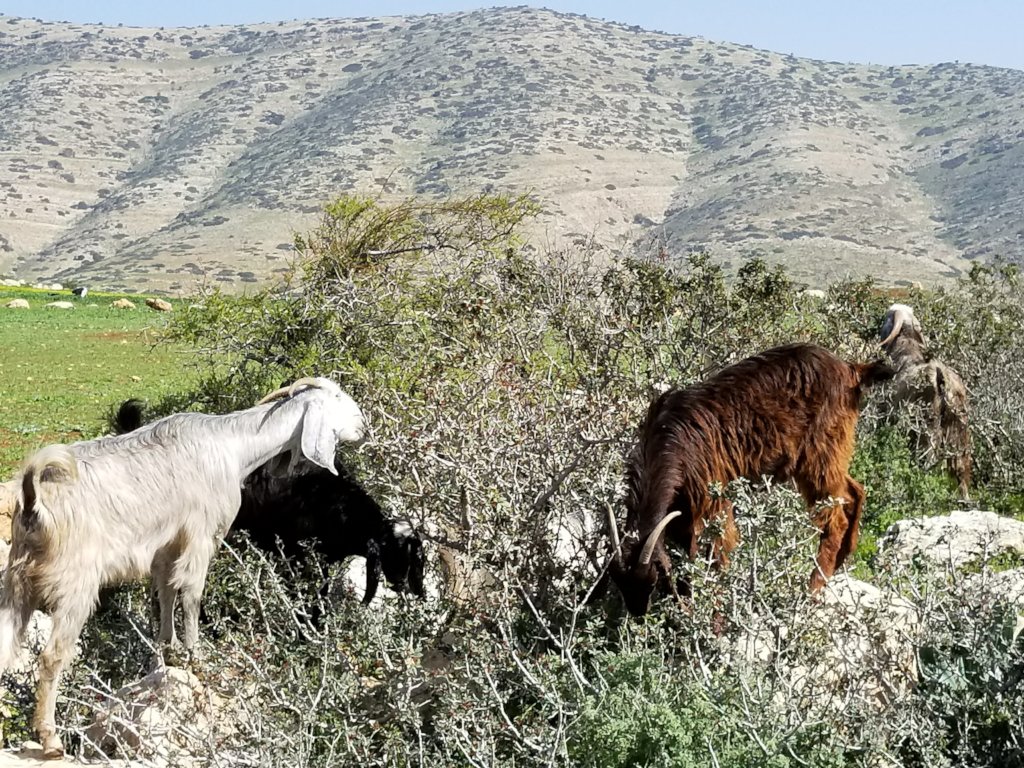 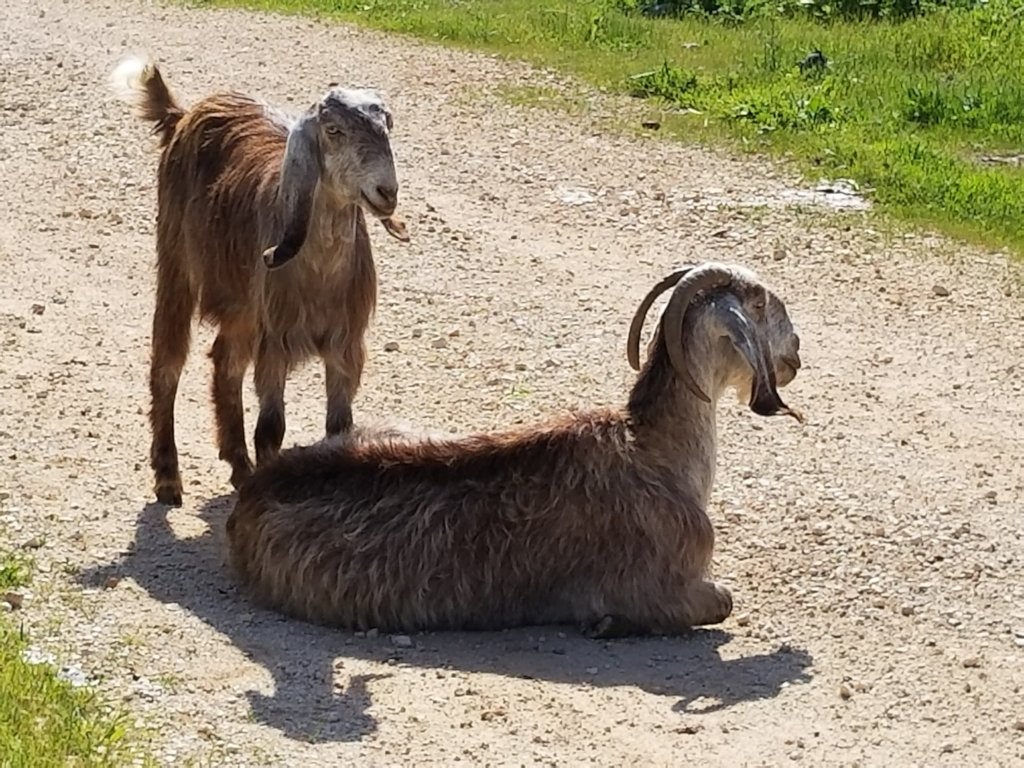 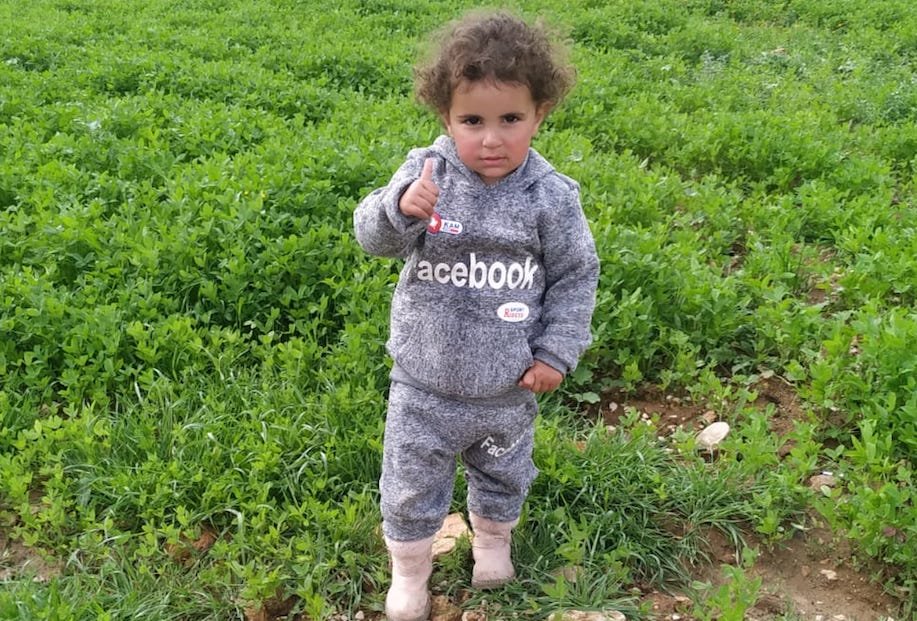 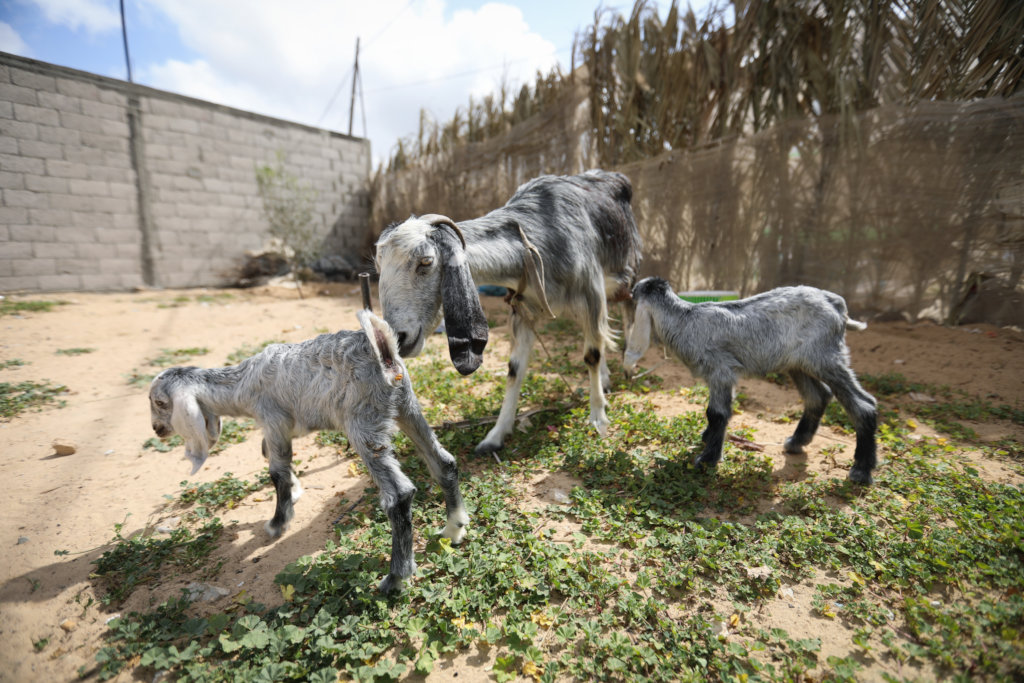 In our last report, I told you that this project would be providing sheep instead of goats, but it turns out there was a minor translation issue. A week after that report was submitted, Rebuilding Alliance received pictures of when our NGO partners provided the animals and plants, and there was no mistaking that those animals were definitely goats! I apologize for that error. The goats provide milk and cheese for the families to eat and also sell in the local market.

We worked with two of our NGO partners for this pilot project, Women Programs Center Rafah (WPCR) and Youth Vision Society (YVS). Each chose 4 families that could accomodate animals and a small garden.

Last Friday, March 12, two baby goats were born from a goat we gave to a WPCR beneficiary, Rania. Besides the goat, she has 10 chickens which produces enough eggs so that her family can eat some, and the rest can be sold to the market. In her garden, there's parsley, dill, potatoes, lettuce, and arugula. Like the eggs, she sells some in the market, and it earns her enough to buy milk and diapers for her youngest son.

Another WPCR beneficiary, Amira, expects that her goat will give birth soon as well. She promised our photographer in Gaza, Mohammed, that she would call him as soon as the goat gave birth. Mohammed took the pictures you see in this report, and he's excited to make a film for you about the goats. Mohammed told Amira to call him day or night, and he will take a taxi to film the birth. Amira's garden has parsley, onion, potato, beans, garlic, olive and guava trees, cabbage, and peas.

Ejmeea, the matriarch of the third family under WPCR, also received a goat and 10 chickens. Unfortunately, the chickens died from the cold weather, and she fed the chickens to her family instead of letting food go to waste. On the bright side, her garden is doing well. She planted cabbage, cauliflower, parsley, potatoes, beans, and peas. She sells some of these to the market and cooks the rest.

The fourth beneficiary is Aqela, who is 70 years old. She received a goat and planted cabbages, cauliflower, potatoes, parsley, beans, peas and olive trees in her garden. Her garden helps her take care of her month-old grandchild who has a calcium deficiency.

The Youth Vision Society gave each of their families 10 chickens and 1 goat. They made sure to include fodder in their distribution so the families didn't have to worry about needing to buy fodder for their new goats. YVS reported that it was hard to find pregnant goats because the goat sellers wanted to keep these goats to themselves. However, they reached out to their network and managed to find people willing to sell them.

YVS has many more families who would like to participate in this program, and they hope they will be able to include them in the future. One beneficiary, Ahmed expressed his gratitude, and said "I expect that this project will have huge impact on my life as I believe it will help me meet my daily needs. Most recently, I couldn't afford my household daily expenses, so I believe this will help me a lot. Thanks, Rebuilding Alliance."

Thank you so much for helping Palestinian families get back on their feet. Look how much positive change your donations have made in their lives. We look forward to giving you more updates on these families in the next report, and we hope to extend the program as soon as possible. 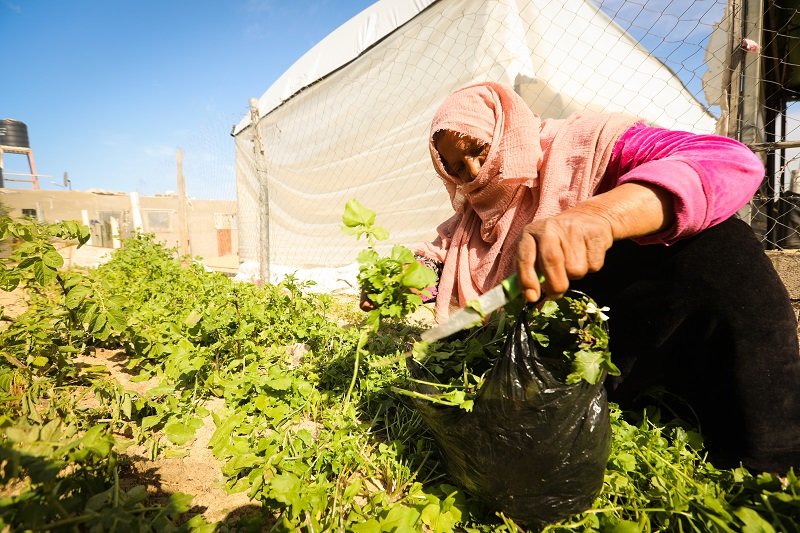 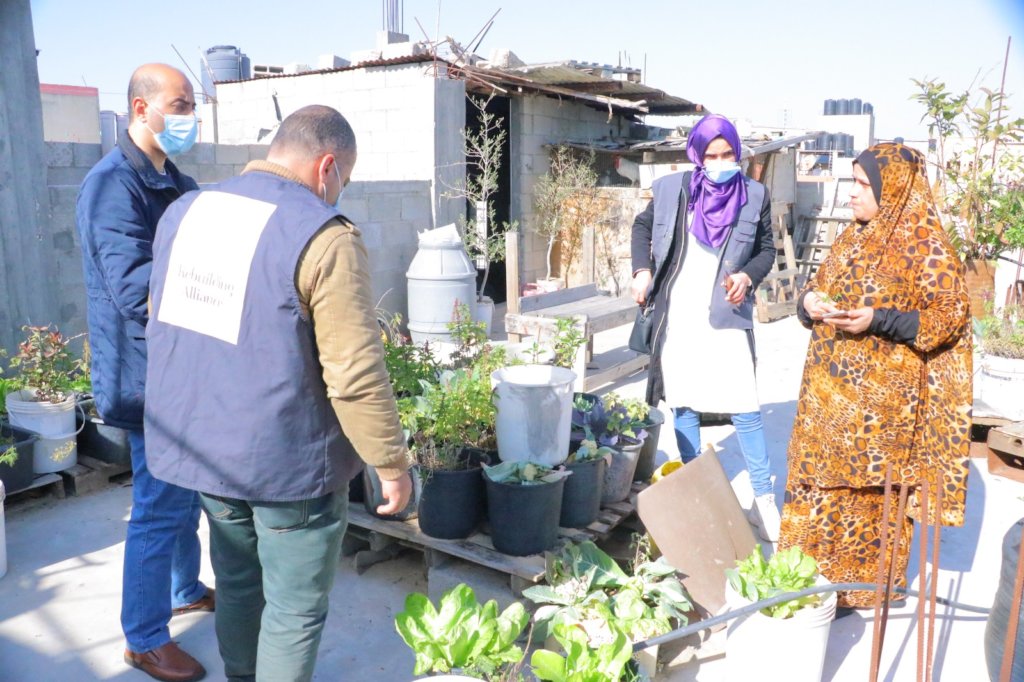 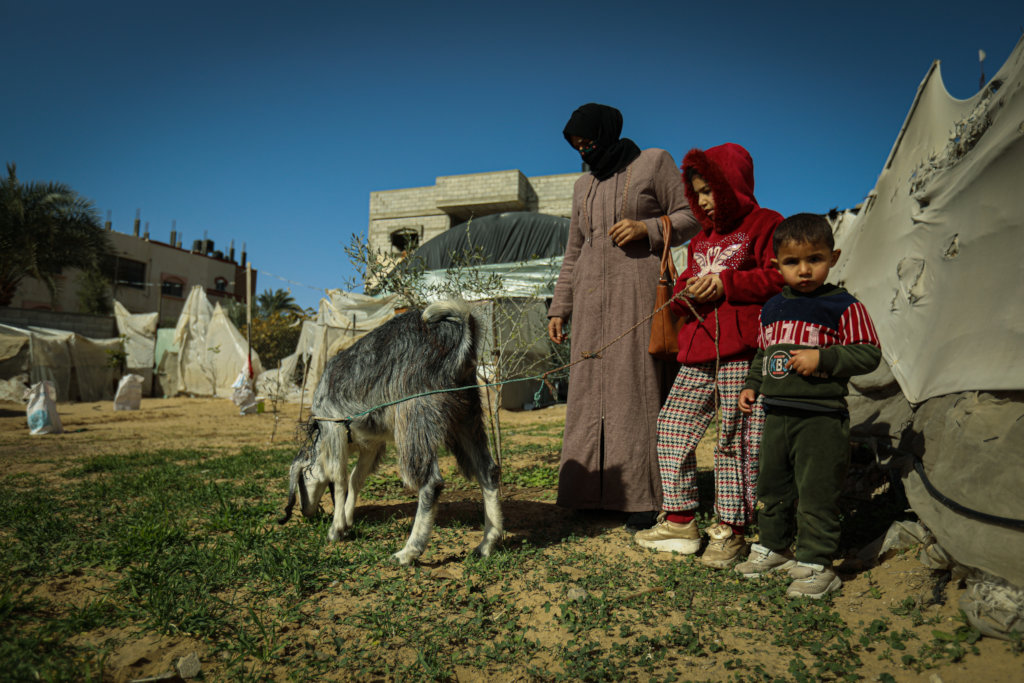 GlobalGiving
Guarantee
Donate https://www.globalgiving.org/dy/cart/view/gg.html?cmd=addItem&projid=46358&rf=microdata&frequency=ONCE&amount=25
Please Note
WARNING: Javascript is currently disabled or is not available in your browser. GlobalGiving makes extensive use of Javascript and will not function properly with Javascript disabled. Please enable Javascript and refresh this page.