Improve the Rights of Disabled Adults in Nicaragua 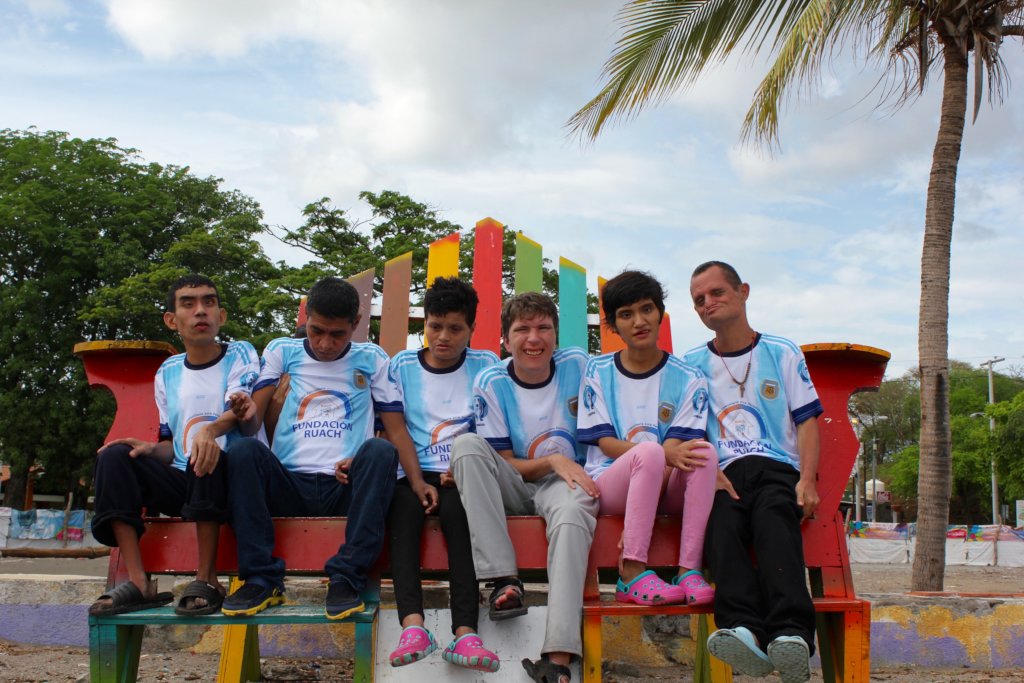 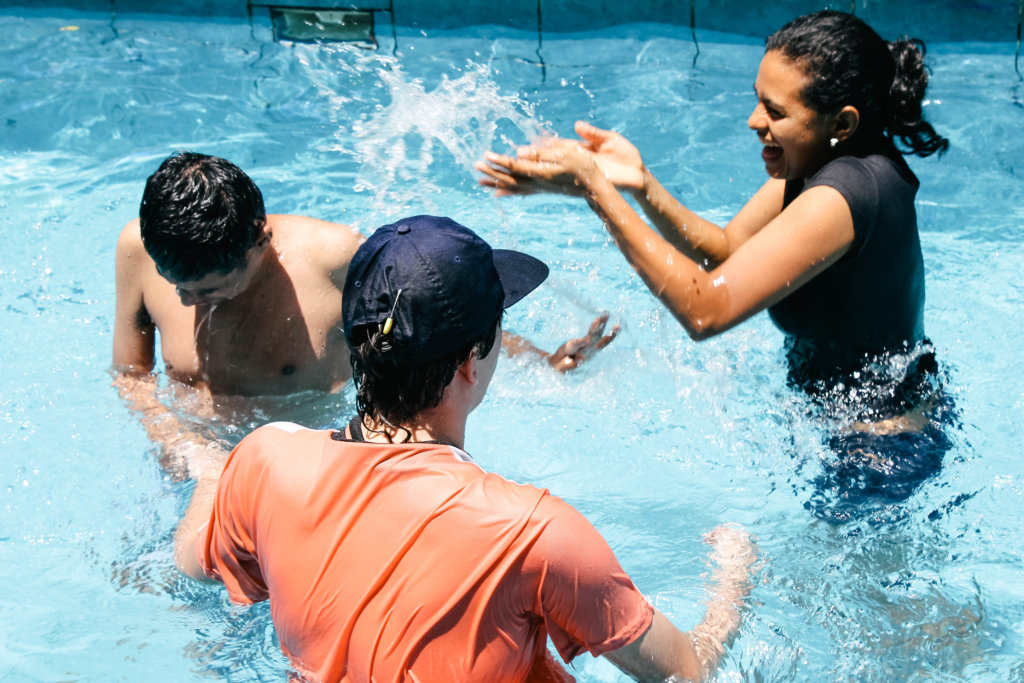 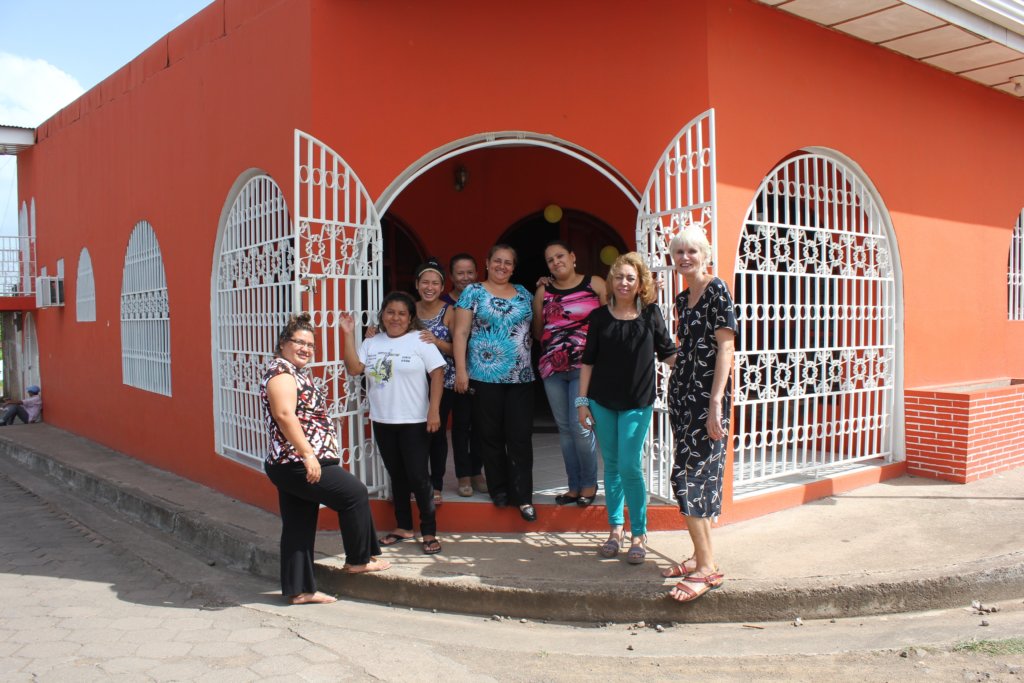 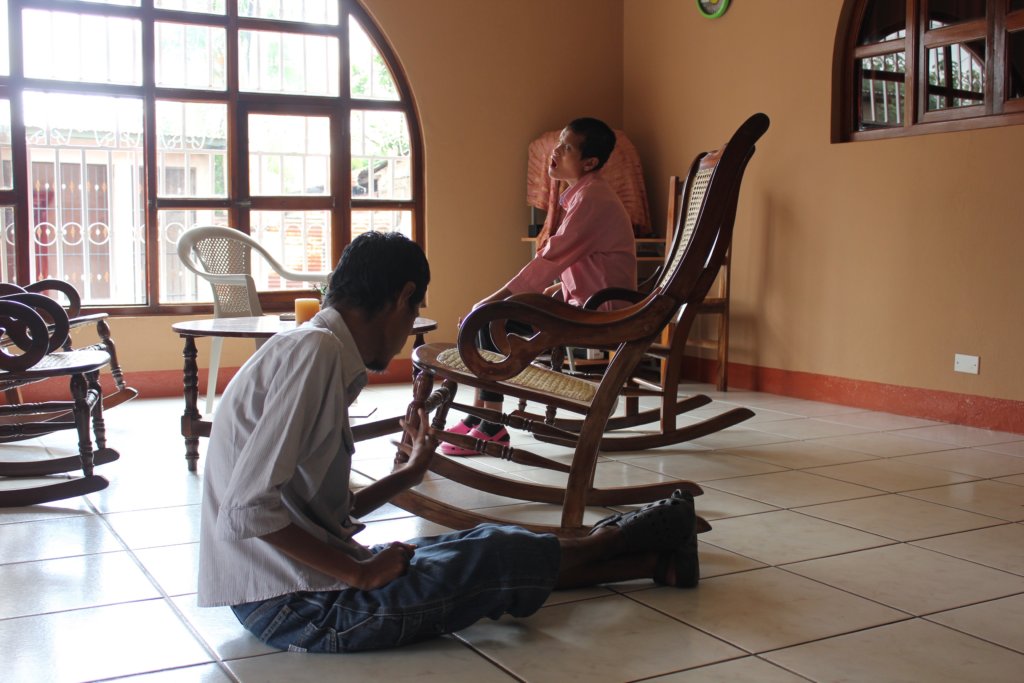 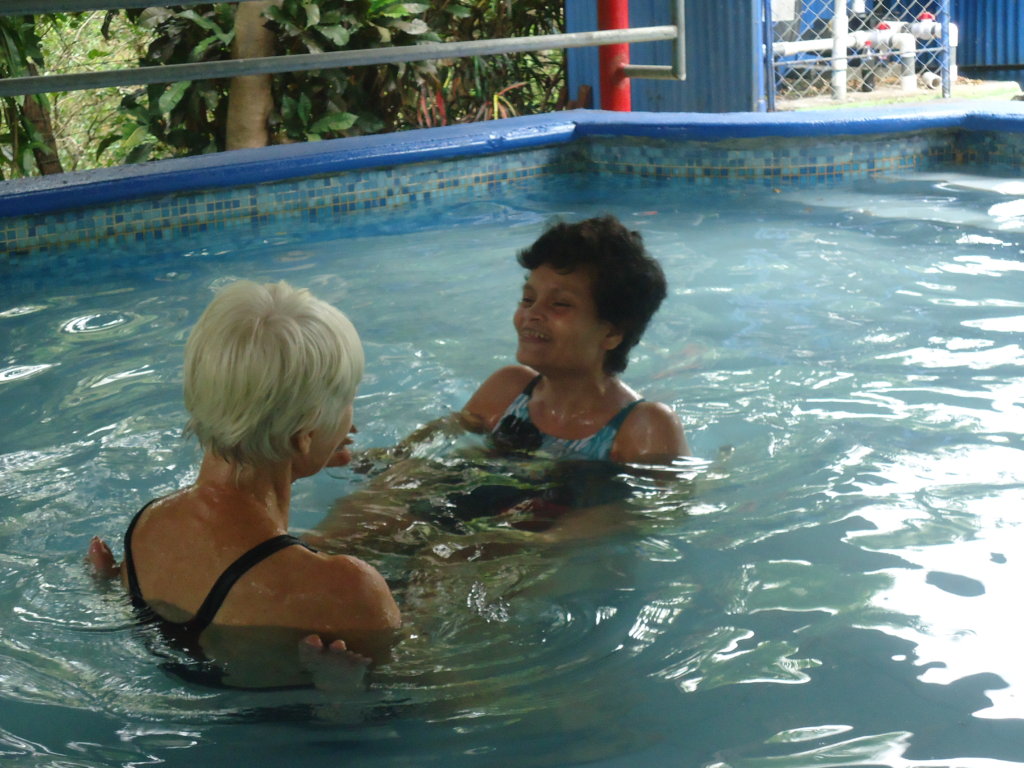 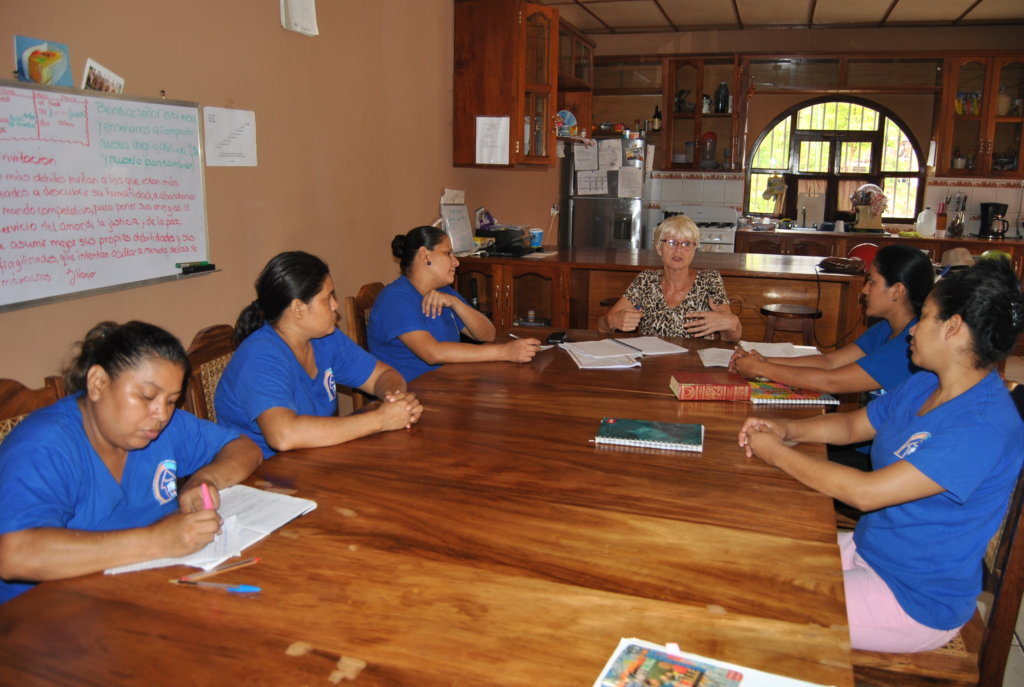 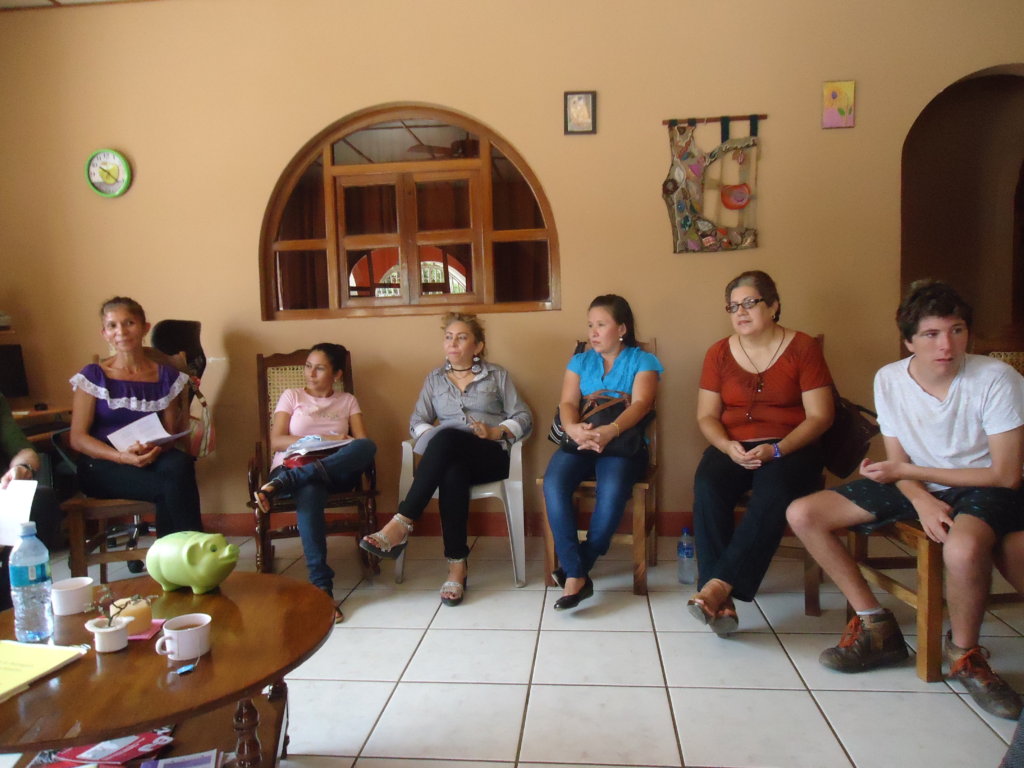 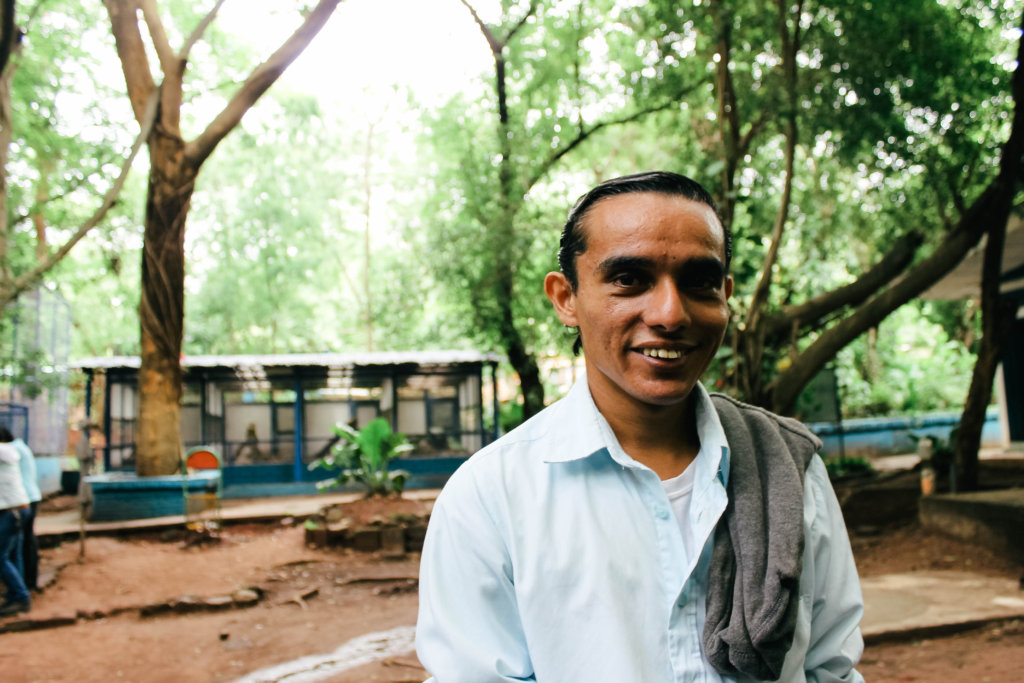 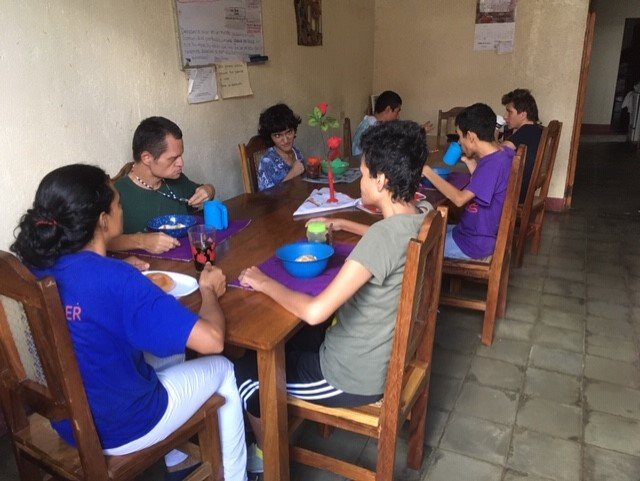 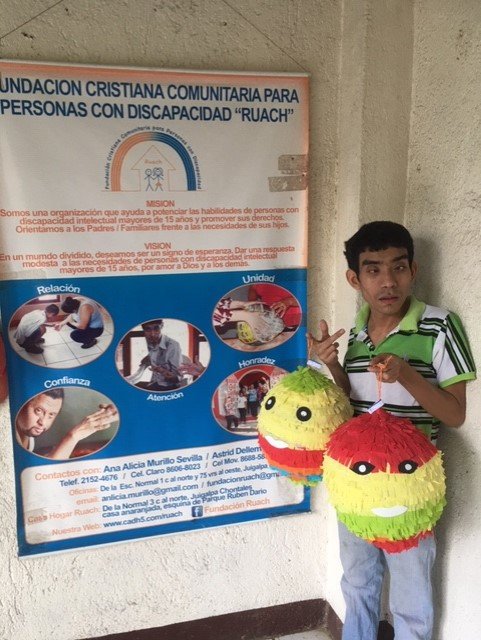 Ruach, COVID-19 and Nicaragua: an update 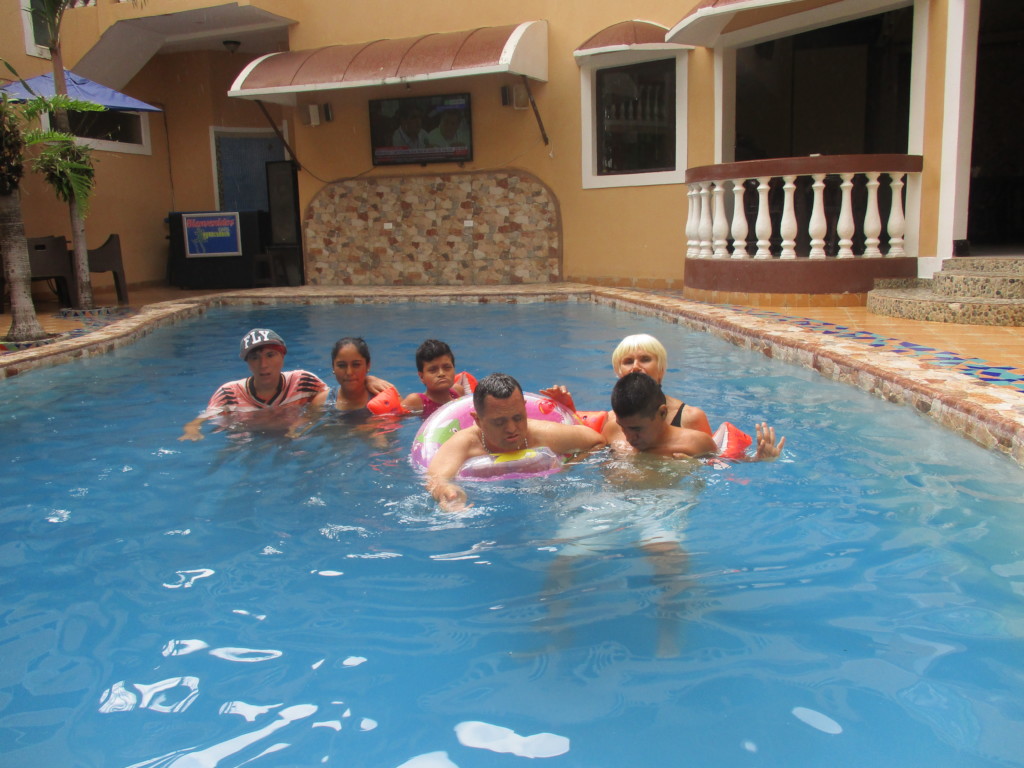 visit to the swimmingpool

Since the start of the coronavirus, the midst of march, we agreed for a voluntary lockdown and enforced self-isolation, because the government did nothing to take care of the people. The government ignored the gravity of the situacion and the numbers they gave about the infected and died people was a insignifiant amount, in relationship wtith the amount the indepent medical organisations publicated.

The Government ignores advice from independent bodies onhow to avoid infections, but the situation was getting more severe in june and july, and people take their own measures. Very few corona tests are carried out; there is no clarity about what happened to a shipment of 26,000 fast-test kits donated by the Banco Centroamericano de Integracion Economica (BCIE).The Ministry of Health explains the increase in number of deaths simply as an outbreak of pheumonia or a flu which are not treated properly. The President himself occasionally makes ‘reassuring’ statements, such as that pandemics have been in the world since time immemorial, implying that nothing unusual is happening.

Very few Nicaraguans take comfort from official statistics or official reassurances. Many Nicaraguans have relatives living abroad, especially in Spain, the USA and in Italy, and they tell a different story.

- We have not been able to go out into society, as much as we would have wanted to, during the last months, as creating goodwill through our outreach work is such a vital part of our ‘mission’.And we didnot go to the local televison channel, once a week, to talk about our work.

-We didnot invited visitors to know the community house and our work, and of course had less donations in money or products.

- Also we didnot pass along the little group of montly godfathers to receive their support.

-We closed the work shops in june, when the coronavirus started to become really heavy in Nicaragua

In the past months there has been relative peace and quiet on the corona front in Nicaragua. There are few new cases of corona infections. The number of deaths up till now is,according to medical staff,around 7,500; the Government says there are about 150 deaths.

For us this means that in October, after a six months’postponement:

-We were able to restart our weekly exercises in the swimming pool of a restaurant with the core members of our community. We go there by private transport early in the morning when there are no other people are in the pool. Everyone enjoyed it, although some needed more time than others to get used to water again!

'During the swimming pool off-period we introduced dancing in the Community Home as an alternative. This has proved to be so popular that it is now a permanent feature in our weekly program. They swing particularlywell to the tunes of Shakira and Dimension Costeña.

-The workshop was opened again, only with members of the communityhouse and a participant who lives near by. A firts step, waiting we can go to the second step: opening for all our a participants.

So far we are keeping the virus atbay, but we remain very alert for the possibility of a second wave.

The country at large is not doing so well. Poverty is on the rise because of higher unemployment, more taxes and rising prices. The general mood in the country is ‘down’ because of a higher degree of oppression of political dissent, and censorship. To the extent that the US and the European Union approve more sanctions against Nicaragua for alleged human right violations.

And in one month two hurricans , ETA and IOTA passed over the same area of Nicaragua. Juigalpa was not touched but a lot of people were affected.

Life seems some as a night, dark. We believe in bringing little spark of light in this society, by our work. Especially in this time of Diciembre, Christmas. Together we can make a difference. Can we count on you in 2021? 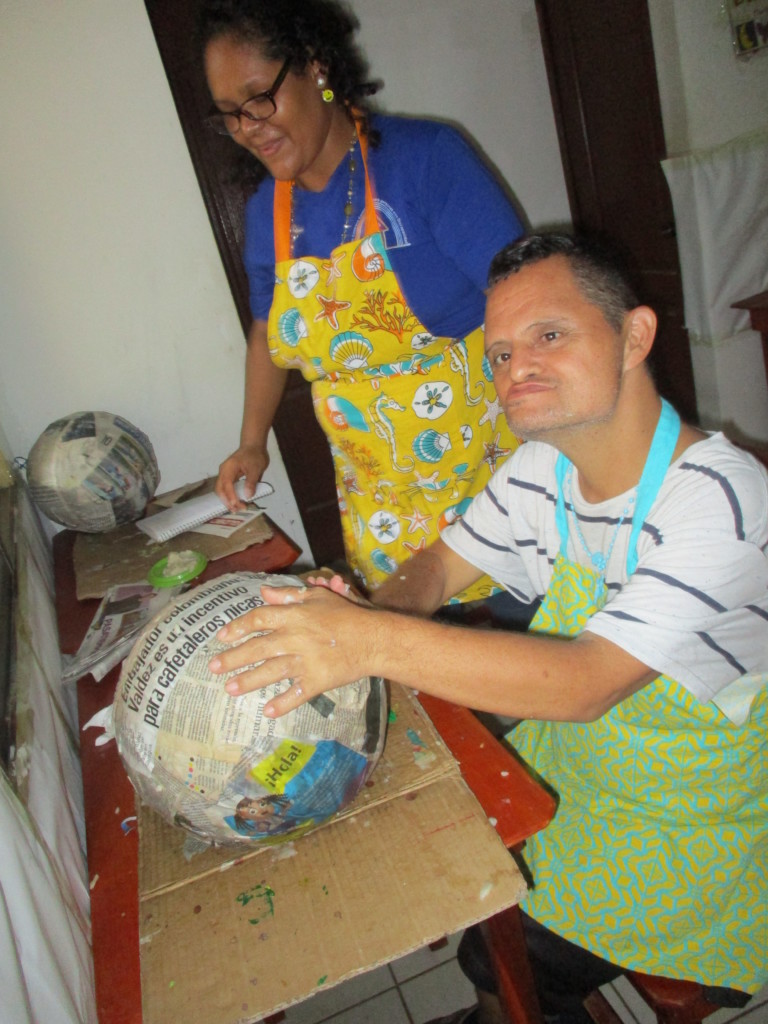 Donating through GlobalGiving is safe, secure, and easy with many payment options to choose from. View other ways to donate
Fundacion Cristiana Comunitaria para Personas con Discapacidad Ruach has earned this recognition on GlobalGiving:

GlobalGiving
Guarantee
Donate https://www.globalgiving.org/dy/cart/view/gg.html?cmd=addItem&projid=28192&rf=microdata&frequency=ONCE&amount=25
Please Note
WARNING: Javascript is currently disabled or is not available in your browser. GlobalGiving makes extensive use of Javascript and will not function properly with Javascript disabled. Please enable Javascript and refresh this page.