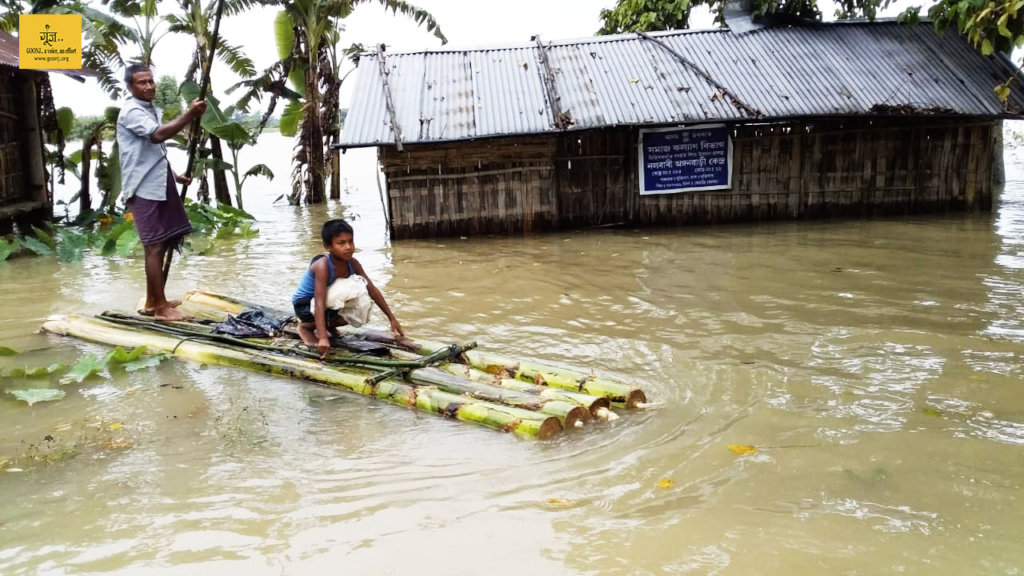 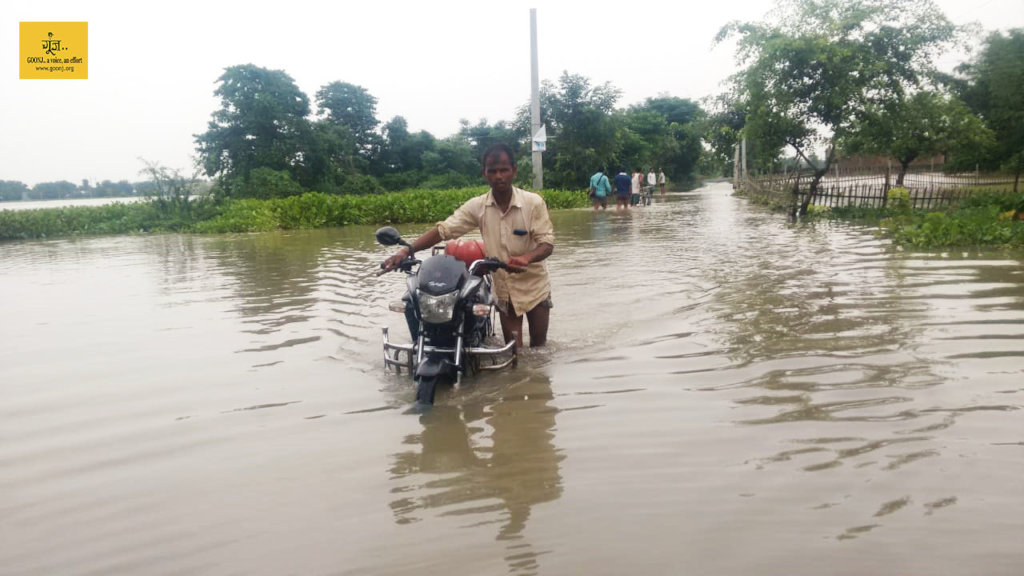 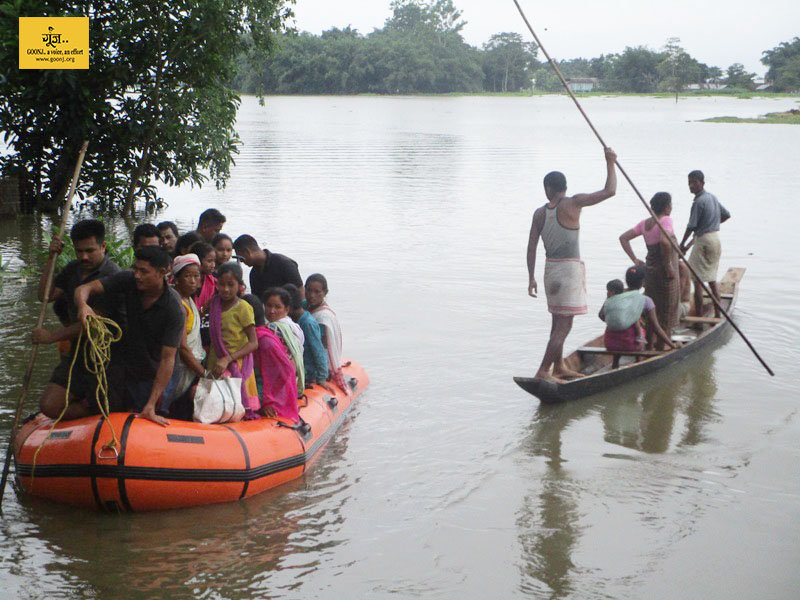 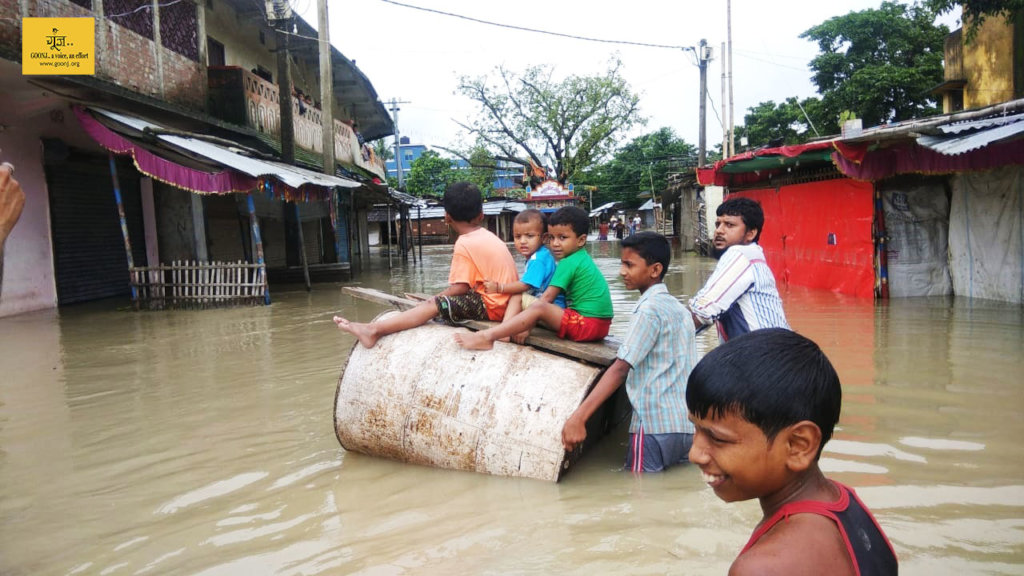 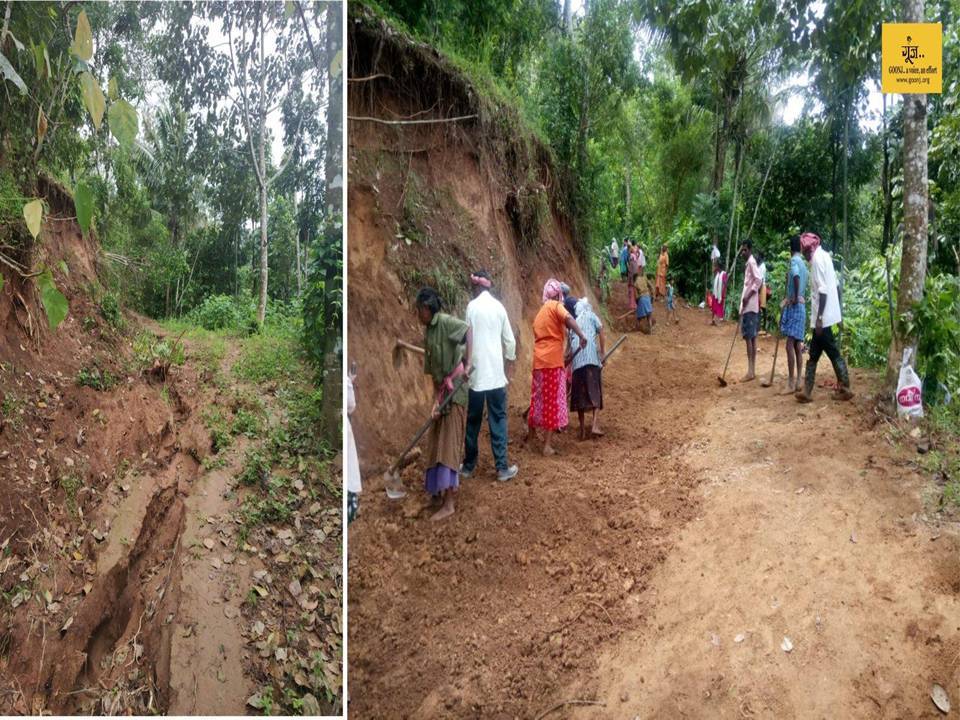 Even as the world discusses climate change India is facing the brunt of it with unprecedented extreme weather conditions. The worst sufferer is the economically weaker population in villages, vulnerable to the increasing frequency and intensity of floods and cyclones. In 2019 alone, floods wreaked massive havoc in as many as 13 Indian states of India, affecting millions of people.

Bundelkhand region in northern India is a prime example of this extreme climate change. For decades it has faced drought but in 2019 it saw a 360-degree turn resulting in heavy rains and floods, devastating houses and mud roads. For the people of Kyolari village in Lalitpur district of Bundelkhand, this road, their only connect to the world, got badly damaged due to floods. Goonj teams working in the region mobilized and motivated people here to work together to repair their road using locally available material. Just in 4 days over 45 people managed to repair the road.

In the southern state of Karnataka, floods brought massive destruction to the lives of millions of families in 12 districts. When floods wrecked Shilpa’s ( Name changed) small grocery store in Nagaral,( Bagalkot) in Karnataka, she was already battling the loss of a dear one. Goonj motivated her to set up the store again by providing basic and necessary material under our ‘Vaapsi’ initiative. Goonj’s Vaapsi initiative is about reviving the local economy of a flood-hit area by engaging people in local occupations. It is not just about livelihood but also prevents migration on huge level.

In another southern state of Kerala, just coming out of massive floods in 2018, people are no strangers to monsoon rains but these floods changed a lot of things.. The 2019 monsoon rains soon turned into floods for people of Onbatham Mile village in Idukki in Kerala. Noticing Goonj’s ‘Cloth for Work’ project going on in a nearby village, people of this small flood hit village approached Team Goonj.

They shared with our teams how their main village road was badly damaged with potholes and water logging due to recent floods and landslides and due to lack of a drainage structure. As a result, going to the nearby hospital, schools or college was proving especially difficult for the elderly, sick and children. When Goonj’s local team mobilized and motivated the villagers, they set out to repair the steep road. Working tirelessly, even in heavy rain, they filled the road gaps with soil and also created a new drainage channel along the road.

Goonj has been working in disaster for over two decade now, and has established a reliable mechanism of relief and long term rehabilitation and livelihood revival work. Whether its Bundelkhand, Karnataka or Kerala, we involve the local disaster hit people, as an equal stakeholder, getting rewarded for their efforts to repair and revive their own ecosystem. 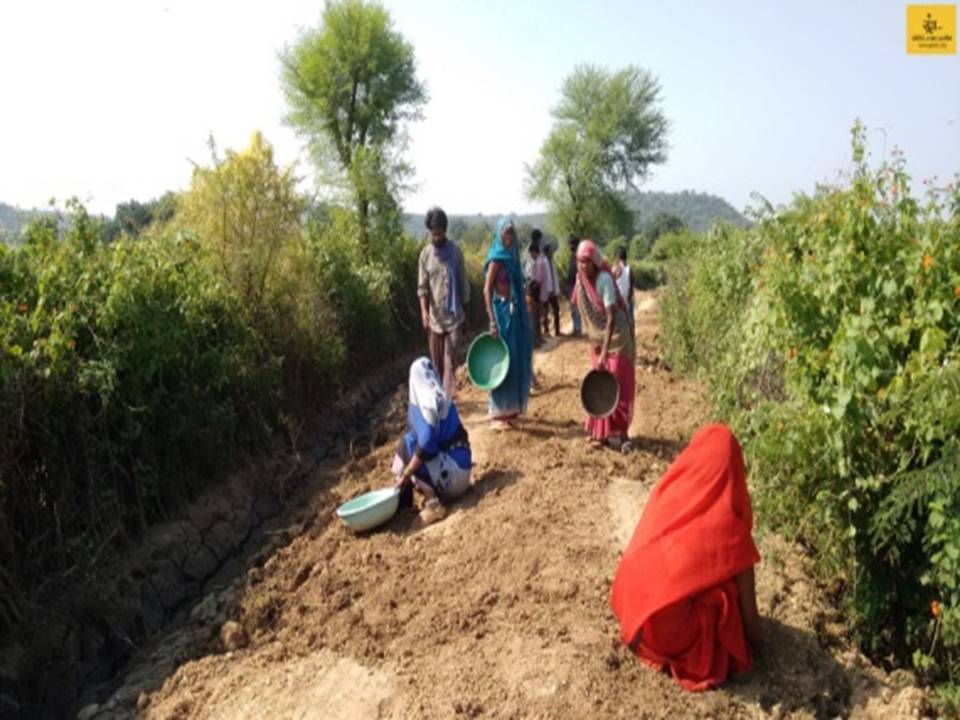 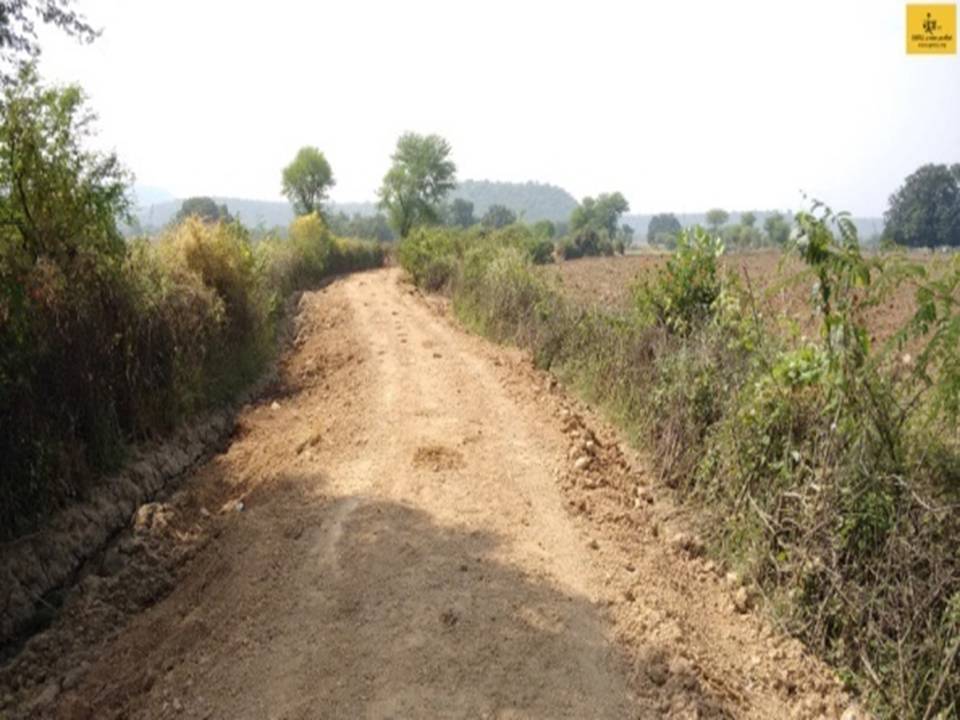 « Previous - "Updates from the Field"
Comments: