Serve 2000 meals to those in need in Silver Spring

by The Shepherd's Table, Inc 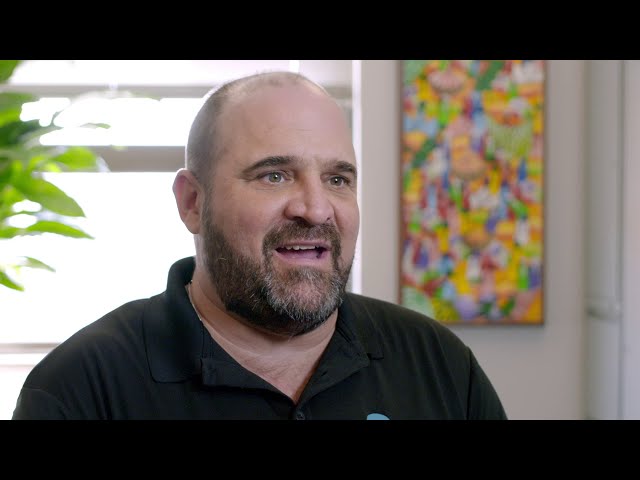 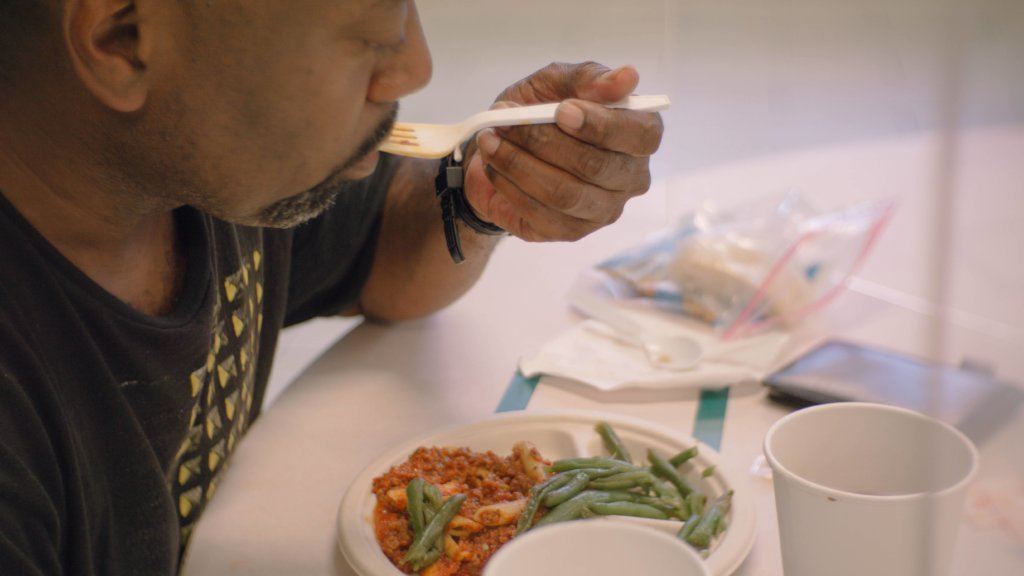 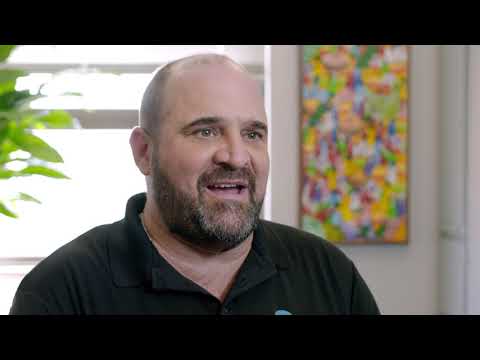 By Jilna Kothary - Director of Development and Communications 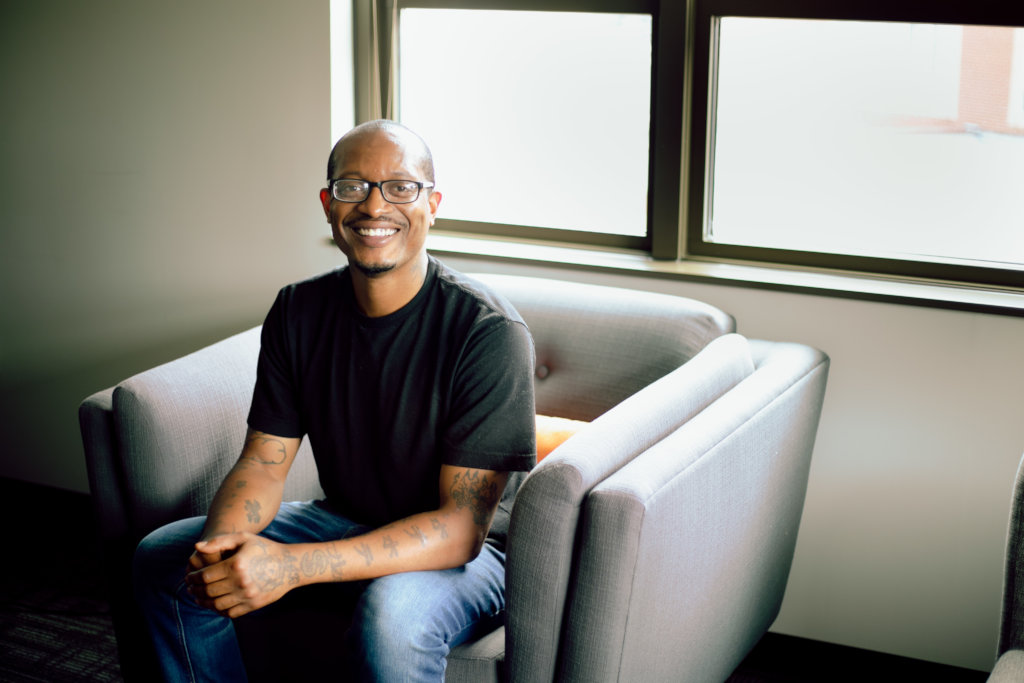 We recently spoke with Anthony, who shared his story, and his hopes and dreams for his future. His story and dedication inspire us to keep doing what we do best- provide nutritious meals, and social services to lead our clients towards self-sufficiency.

“I’ve never had an opportunity for the whole pie,” Anthony, a Shepherd’s Table client, explains. “If I had a place, I couldn’t afford food, or I have the right room but it’s too far from work.” As a native to D.C., Anthony has struggled to keep up with the cost of living in his hometown despite consistently holding a job. Anthony is working hard to support himself and pursue financial independence, but he faces the same obstacles to wealth that we see again and again in the lives of our clients.

Even in childhood, he was aware of his family’s struggle to make rent. “I’ve seen my family pushed out,” he shares, referencing the gentrification that has displaced many of D.C.’s locals. The threat of displacement made stable housing feel unlikely, as Anthony has “…always been afraid of the barriers, the high cost that makes it seem impossible to afford.” Both his parents worked against the odds to provide stability, but both also suffered privately against addiction. Anthony was emancipated from his parents at age fifteen and first found himself living on the streets at age twenty-one. Still, his resilience has proven unwavering. “I refuse to give up,” he explains. “That’s why I’m still here.”

Anthony did not have the opportunity to inherit generational wealth from his family, but he worked hard to carve out his own lot in the world. Studying at the New England Culinary Institute, he gleaned meaningful friendships, refined skills, and even a visit to a top school in New York City. However, his time at the institute was interrupted by a family emergency that brought him south. He later finished earning his certification in Virginia at the Amala Institute and still remembers the masterful blueberry crepe and accompanying omelet that earned him his license.

When Anthony found himself on the streets again this past May, he had recently secured a job utilizing his culinary training. He was thrilled to land the position but worried he’d lose his new job if he showed up to work hungry, un-showered, or without adequate rest. Having lost both of his parents several years prior, he had no place to stay and spent his nights sleeping outside Union Station. That’s when a friend directed him to Shepherd’s Table, where he immediately began receiving free meals. He quickly connected with Jerome Chambers, our Director of Social Services, and entered a housing program through our partner, Interfaith Works. Staff from both organizations were impressed with his drive to better his own life. With the support of our services and the relationships he’s built, Anthony is beginning to see a path towards “the whole pie.”

For our Executive Director Manny Hidalgo, Anthony’s story highlights the obstacles many people in poverty face in accumulating generational wealth. Factors such as gentrification and addiction prevented his parents from accumulating wealth in their lifetimes, and Anthony has now inherited the same financial challenges. For his own three-year old son, Anthony would like more to be possible. Our direct food service has a strategic role, as Manny Hidalgo understands: “We use the food as a tool to empower individuals, to get individuals in the door so they have access to further resources they need to ultimately end the cycle of poverty.” Working in tandem with partners like Interfaith Works, the full spectrum of needs is accounted for. This provides guests with the mental space to first find rest and healing, and then to plan for the future.

Anthony is currently working with staff towards his goal of permanent and stable housing, ideally at an apartment complex in Silver Spring. He intends to gain residence in Maryland as a more affordable alternative to D.C. Eventually, he’d like to start a podcast with featured guests and donate the proceeds to community organizations like Shepherd’s Table. When he lets himself dream big, he envisions living in a beautiful luxury apartment with a gym, sharing, “I’ve never had anything nice… I’ve lived in projects all my life.” Like all people, Anthony dreams of reaching a point where the goal is not survival, but thriving. With the support of the Progress Place community, we’re confident he’ll reach that goal.

In reflecting on his time at Shepherd’s Table, he shared, “They’ve helped me keep my job, and provided an opportunity to have some stability… I don’t know what the future holds, but I know I can go to my job and have a place to rest my head at night and food to eat.” For Anthony, self-sufficiency will look like a luxury apartment, a podcast, and providing for his son. We’re happy to come alongside Anthony in his story as he fearlessly pursues the “whole pie” of independence.

Donating through GlobalGiving is safe, secure, and easy with many payment options to choose from. View other ways to donate
The Shepherd's Table, Inc has earned this recognition on GlobalGiving:

GlobalGiving
Guarantee
Donate https://www.globalgiving.org/dy/cart/view/gg.html?cmd=addItem&projid=22472&rf=microdata&frequency=ONCE&amount=25
Please Note
WARNING: Javascript is currently disabled or is not available in your browser. GlobalGiving makes extensive use of Javascript and will not function properly with Javascript disabled. Please enable Javascript and refresh this page.