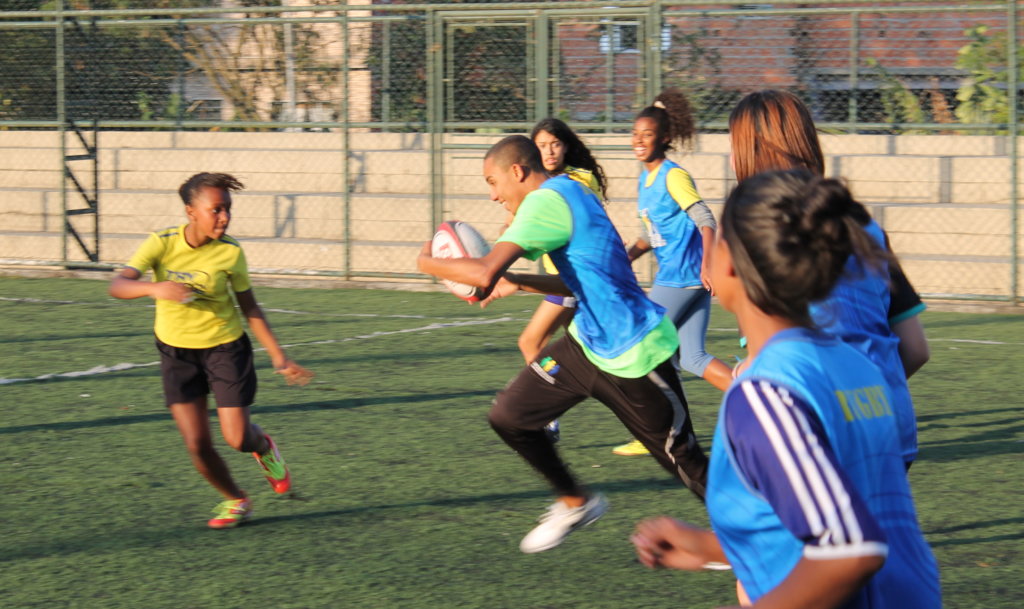 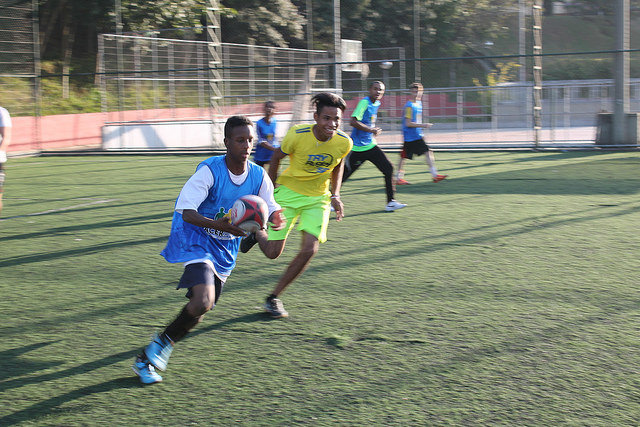 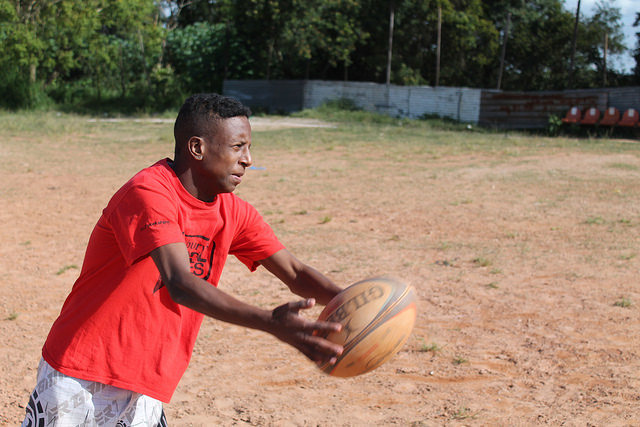 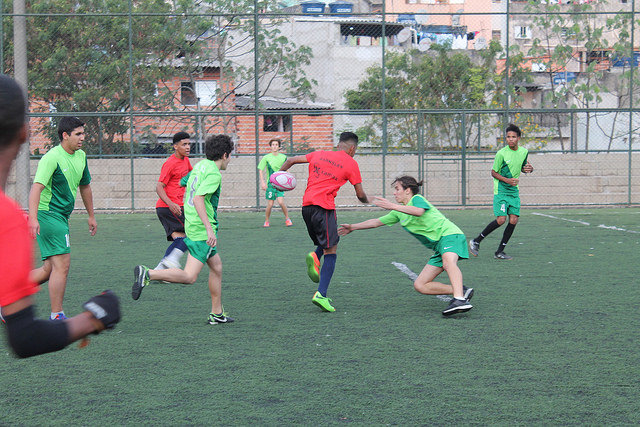 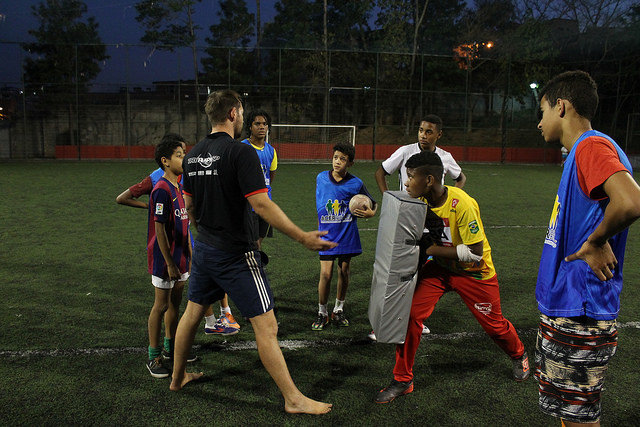 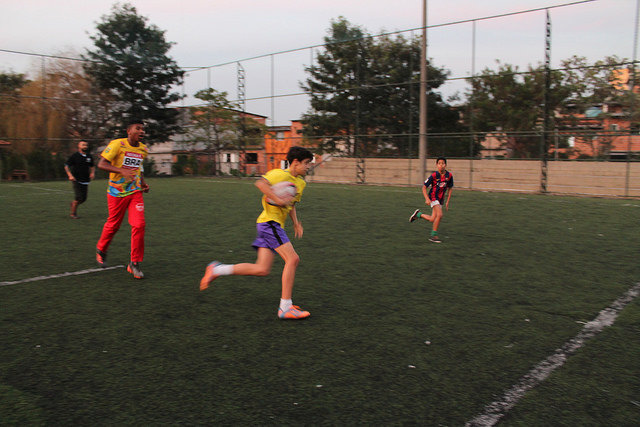 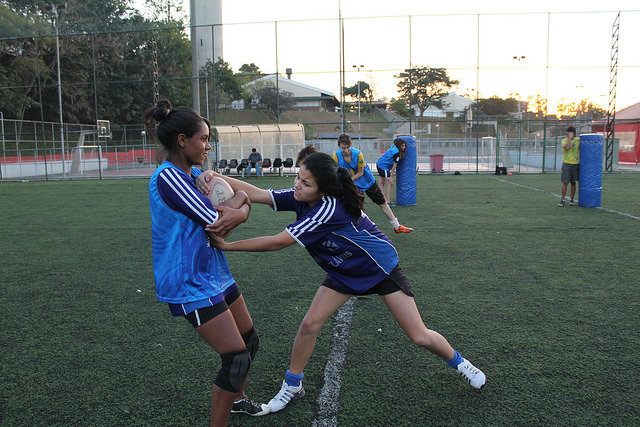 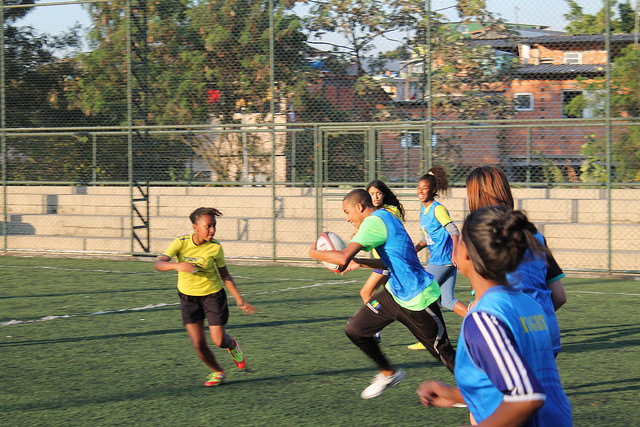 How rugby has changed me for the better. 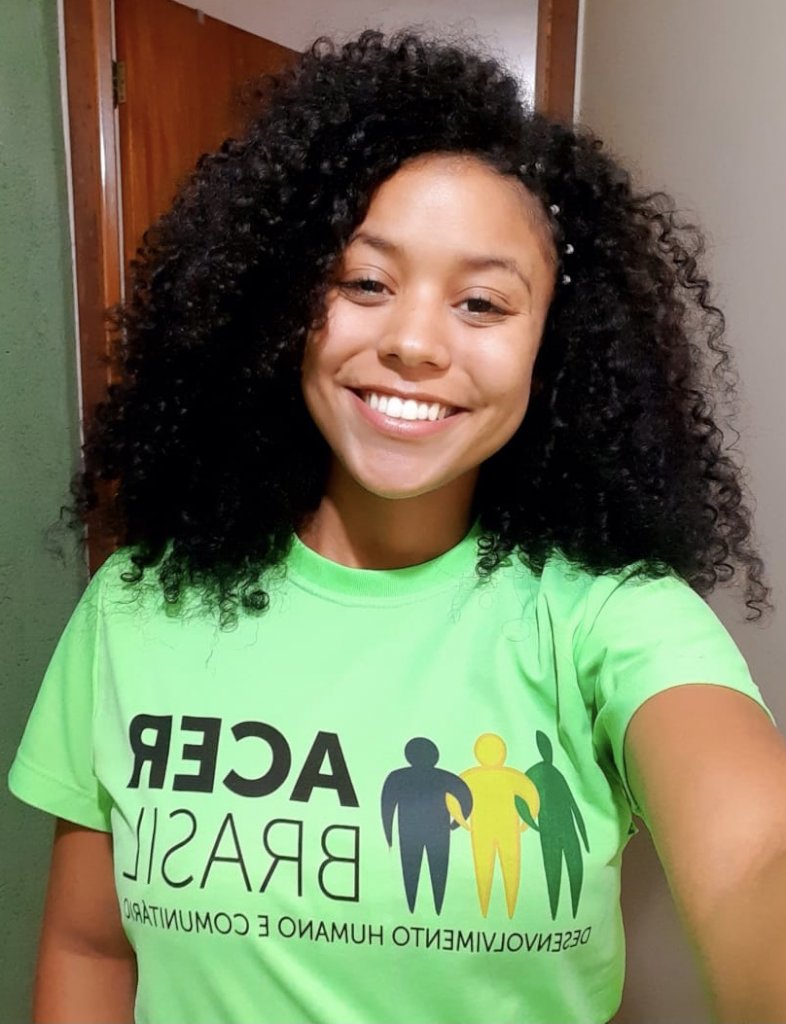 Wedja, 19, was a student during rugby classes at the Rinos Diadema City team and in 2017 received the opportunity to work as an intern in ACER's sports department until the end of 2019. In addition, she also participated of championships with the Rinos, and she tells us a little of how it positively impacted her life:

“Rugby was a new experience for me, something I had not experienced before. So it was very different, because I had a sense of what football was, but when I met Rugby I saw that it is totally different. I was very scared, but after I started practicing I was able to visit new places because I had championships far from here so I had to go play, I met a lot of people, I also met the Brazilian Women's Rugby Team at NAR (High Performance Sports Center) which is where they train, I watched professional Rugby games, after all, after starting to play rugby my life has changed a lot. And I can pass this on to the children I used to train, even though I didn't work much with rugby, it was more with futsal, but at times I managed to pass some activities on to them and it was very good too. And to this day, I still have a little fear of the physicality of rugby, but it is good to play and I am really missing it. I also participated in a championship in the São Paulo State team and it was very good, even though we didn't get the hoped for result, even so it was very good for all the experience and all the conviviality, for having met people from other states like Rio de Janeiro, Rio Grande do Sul amongst others. So it brought something very good to my life, new experiences, new people, new learnings and also the respect and all the other meanings that rugby brings to me, because even though it is a competition we know how to respect others ”.

And earlier this year, Wedja returned to be part of the ACER sports department, now as a female futsal teacher and she tells us how rugby helped her professional growth, her expectations and how it feels to be part of ACER once again:

“To this day, I take all the values of rugby with me: love, which is the love of the team, the players and the coaches so that's why I continue my life having love for the things I do, for the people who care about me and who I care about. Living responsibly by having responsibility with the games, with your team and with your coaches is something very important too, and that until today I have been keeping with me, I already had responsibility before but rugby brought me a very different view: that responsibility is something that you have to prioritize a lot in your life. And the other concept is respect, that is with everyone, even if rugby is a sport, let's say an aggressive one, respect was not lacking. There was no lack of respect for the referee, respect for the opponent even though we were there to win the game, but always respecting others. I still have this with me, I respect all the people around me very much, even those who do not deserve it, but it is something to be human, to have respect. And to this day, I take all these vlaues with me, all these teachings and learnings, even though I stopped playing rugby for a while, but it is still part of my life, because it was for a long time, for two or three years, so it’s something that I’ll always take with me. I will never forget that and wherever I go, I will say that I played rugby ” 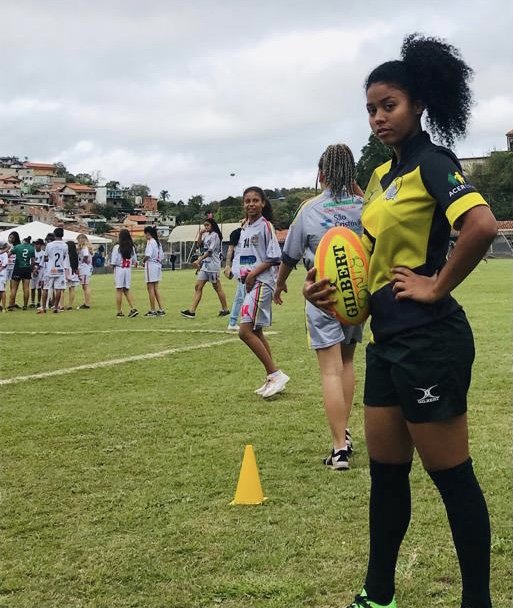 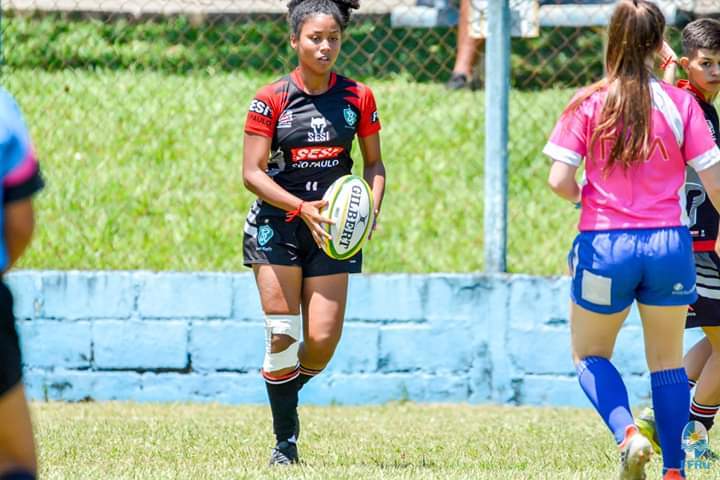 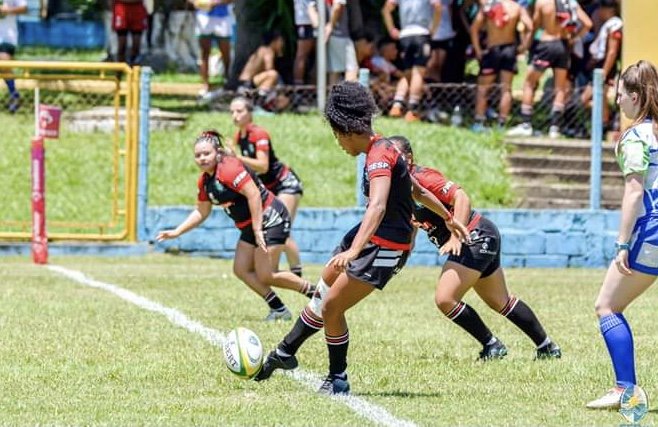 Playing for the state

Project Leader:
Jonathan Hannay
DIADEMA, SP Brazil
$15,255 raised of $39,000 goal
You last donated to this project on
119 donations
$23,745 to go
* Amounts in US Dollars
Donate Now
Donate once
Donate monthly
$10
USD
will pay for children's bananas to ensure they have enough energy to train for one day of sport.
›
$25
USD
will pay for teenagers across 5 young offender instituitions to receive a tag rugby session and positive values based training.
›
$50
USD
will provide 100 boys and 40 girls with a rugby lesson with qualified international coaches.
›
$100
USD
will pay for children's transport and insurance to enable them to train and participate in a competition.
›
$500
USD
enables 100 teenagers in 5 youth prisons to benefit from tag rugby coaching and receive values based training to work with PE teachers for one month.
›
$1,000
USD
will pay for replacement kit (cones, tags, trainers, boots etc.) throughout the year.
›
Make a monthly donation & get matched today at 100% while funds remain. Terms and conditions apply.
Give the gift of stability in a time of instability. Set up an automatic, monthly gift now and get matched at 100%—because the COVID-19 pandemic has hurt us all, and it will take all of us to overcome it. Terms and conditions apply.
Monthly giving is as easy, safe, and as inexpensive as a Netflix subscription. Start a monthly donation to ASSOCIACAO DE APOIO A CRIANCA EM RISCO - ACER BRASIL today and get matched at 100%. Terms and conditions apply.
$10
USD
monthly
Will pay for weekly support from peer monitors.
›
$20
USD
monthly
will pay for children's bananas for two rugby training sessions.
›
$40
USD
monthly
will pay for children's bananas for 4 rugby training sessions.
›
$100
USD
monthly
will pay for 100 teenagers in young offender instituitions to receive regular weekly tag rugby coaching and to benefit from values based training.
›
$1,000
USD
monthly
Will enable expansion and promotion of the rugby programme across Brazil.
›

Donating through GlobalGiving is safe, secure, and easy with many payment options to choose from. View other ways to donate
ASSOCIACAO DE APOIO A CRIANCA EM RISCO - ACER BRASIL has earned this recognition on GlobalGiving:

GlobalGiving
Guarantee
Donate https://www.globalgiving.org/dy/cart/view/gg.html?cmd=addItem&projid=34138&rf=microdata&frequency=ONCE&amount=25
Please Note
WARNING: Javascript is currently disabled or is not available in your browser. GlobalGiving makes extensive use of Javascript and will not function properly with Javascript disabled. Please enable Javascript and refresh this page.