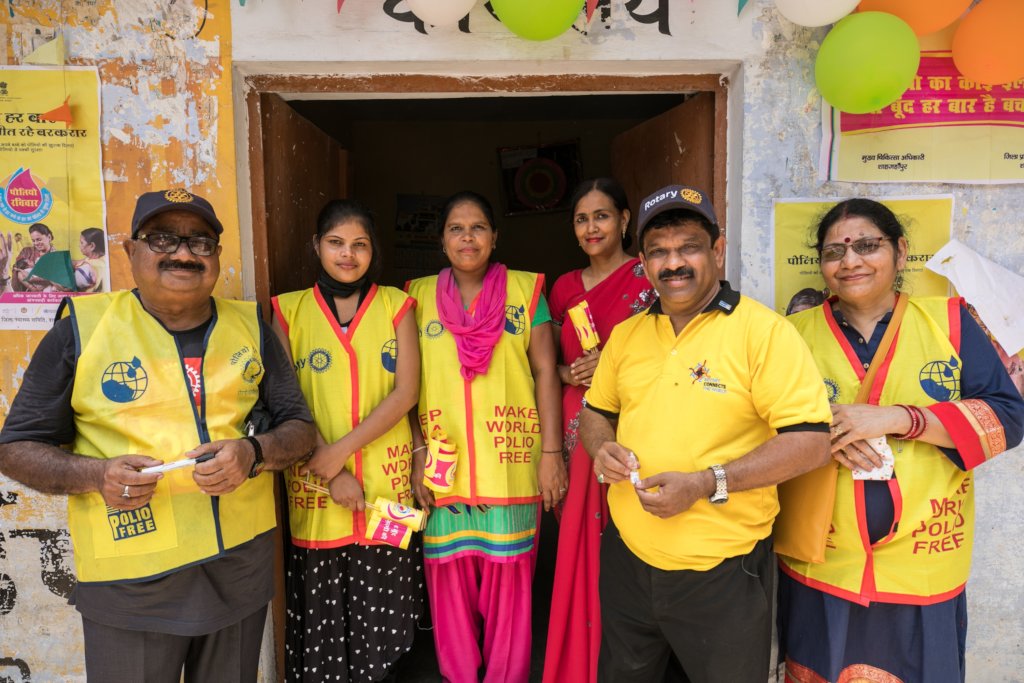 Rotary and the Bill & Melinda Gates Foundation announced on 22 January that their long-term fundraising partnership, which generates up to $150 million annually for polio eradication, will continue. Under the agreement, Rotary is committed to raising $50 million a year over the next three years, and each dollar will be matched with an additional two dollars by the Gates Foundation.

In a video address at the 2020 Rotary International Assembly in San Diego, California, USA, Bill Gates told incoming district governors that the partnership with Rotary needs to continue.

“The Gates Foundation’s longstanding partnership with Rotary has been vital to fighting polio,” Gates said. “That’s why we’re extending our funding match, so every dollar that Rotary raises is met with two more.”

He added, “I believe that together, we can make eradication a reality.”

The funding will support polio eradication efforts such as disease surveillance, technical assistance, and operational support for immunization activities.

The partnership between Rotary and the Gates Foundation has yielded $2 billion, and Rotarians have given countless volunteer hours to fight polio since Rotary started its PolioPlus program in 1985.

Be a part of the fight to end polio and have your donation matched 2-to-1 by the Bill & Melinda Gates Foundation. .