by The Grandmother Project, Inc 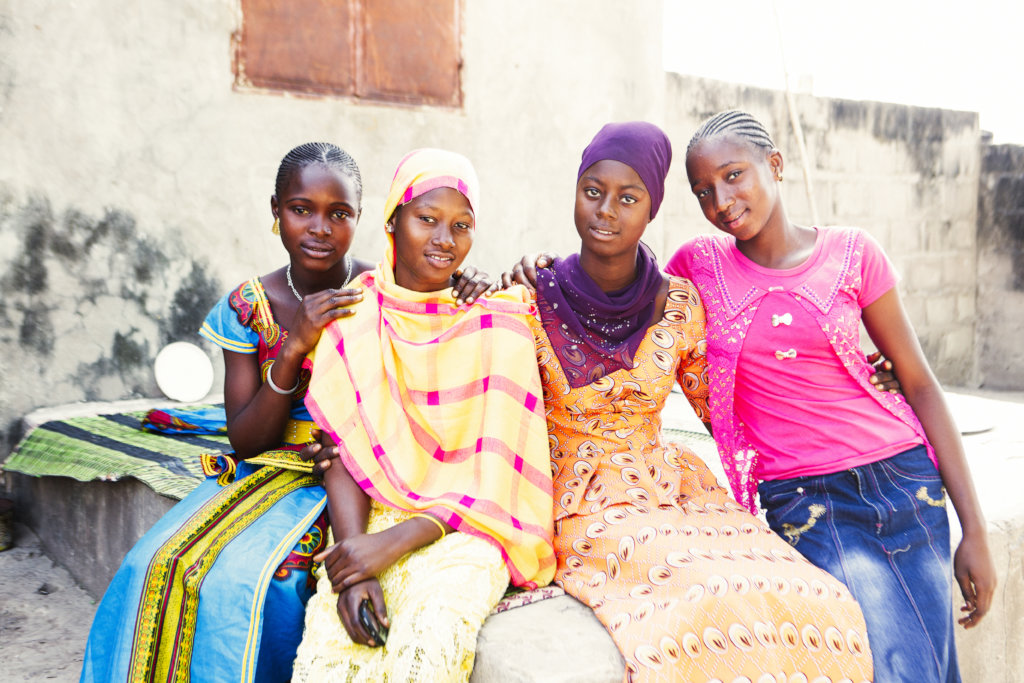 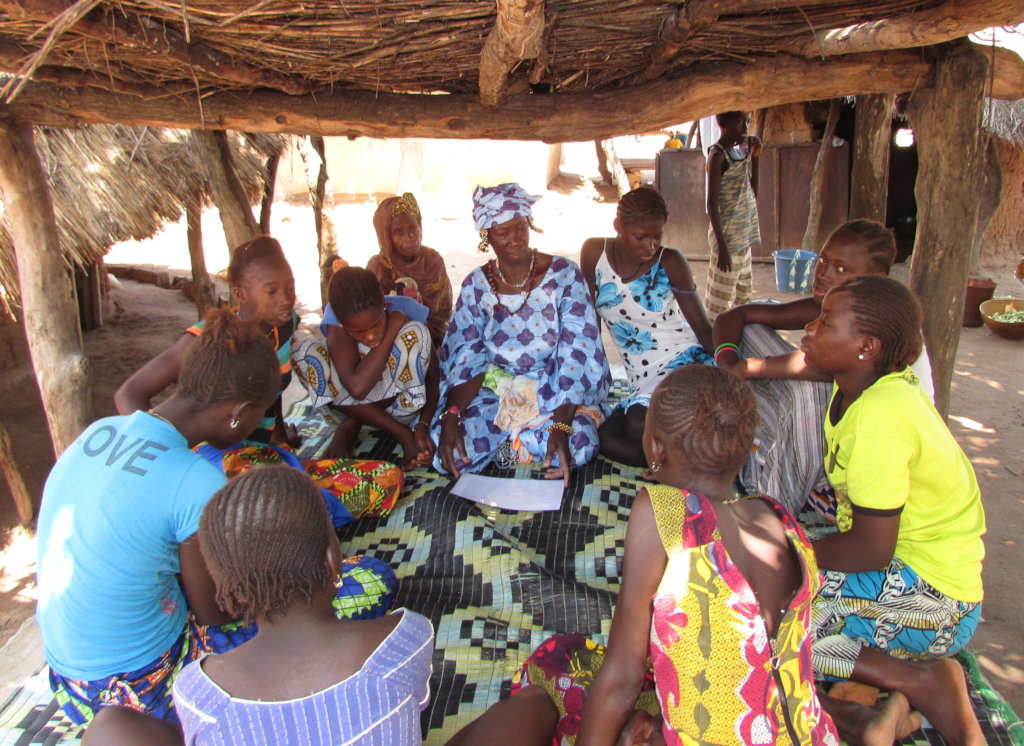 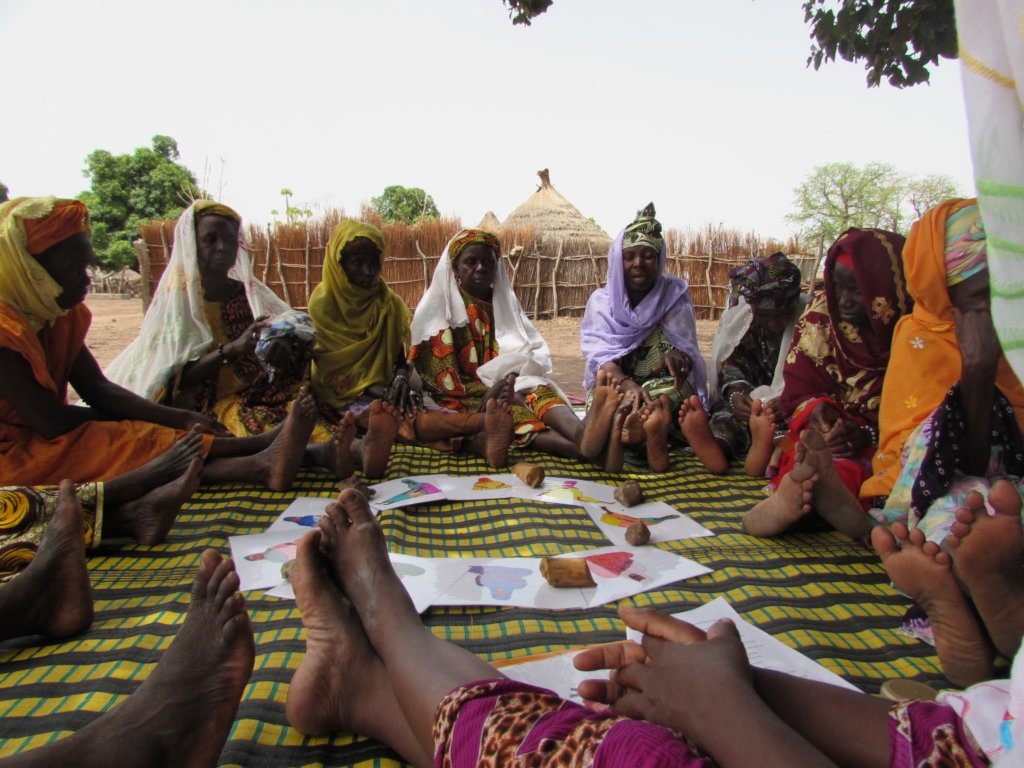 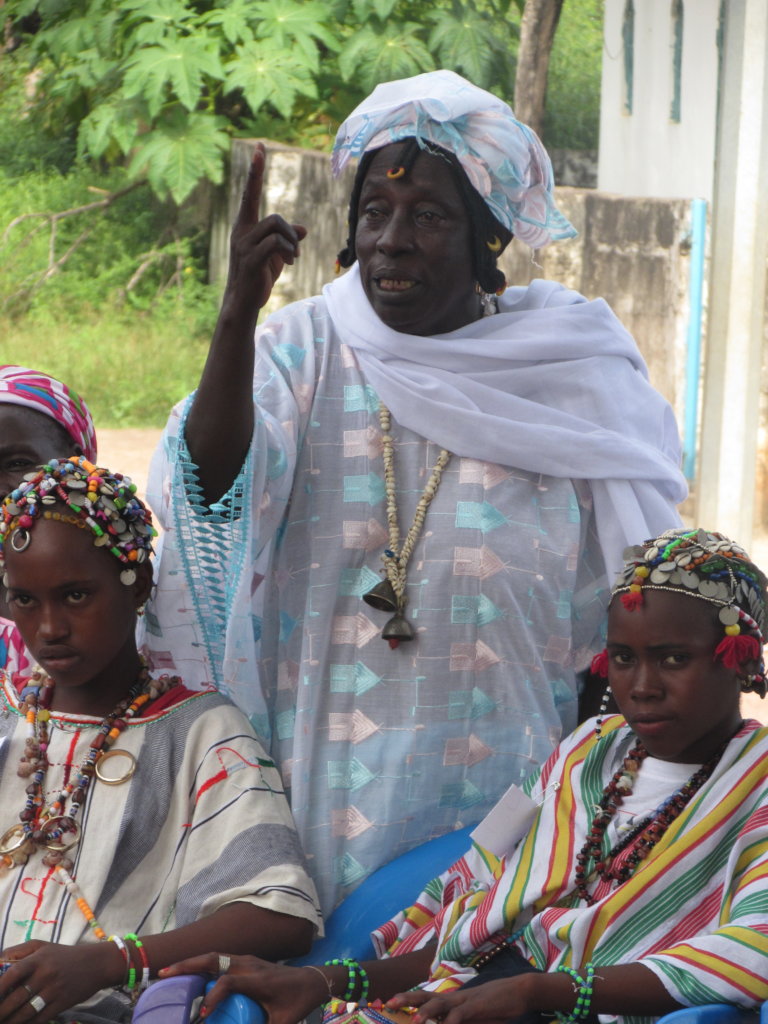 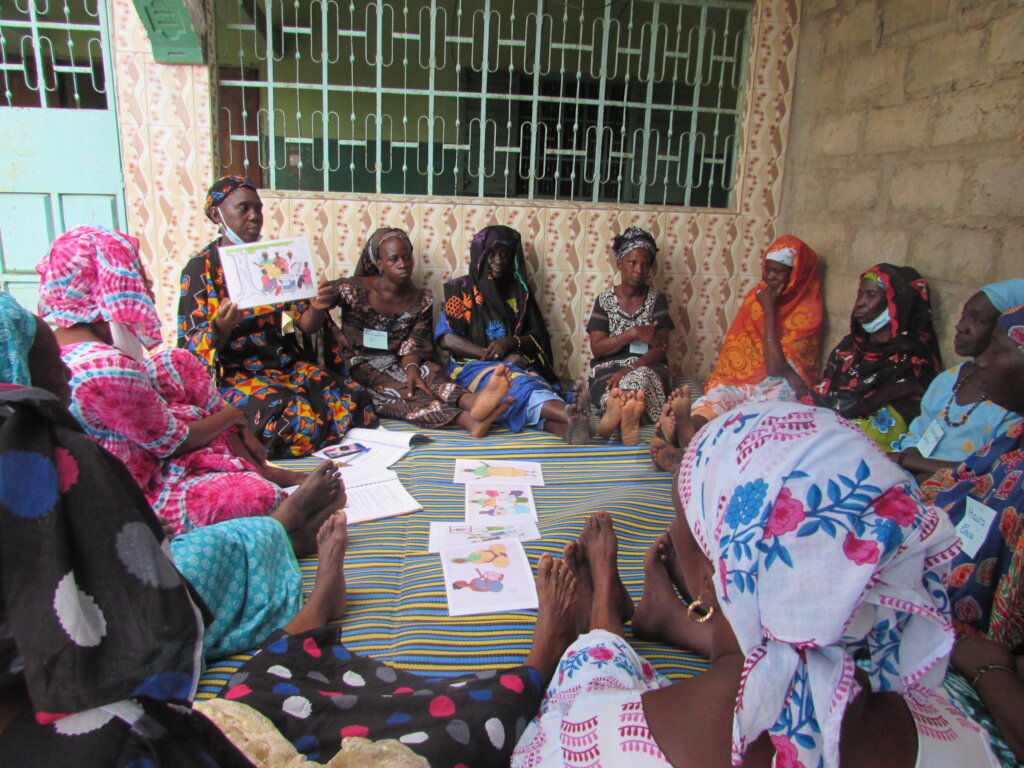 Discussion among grandmothers can lead to change

Grandmother Leaders are instrumental in mobilizing their communities to discuss the harmful effects of FGM and to come to a consensus on its abandonment.  Whilst many grandmothers previously spoke amongst themselves about the harm of FGM, it is only now they have been able to use their voices to make a lasting change for girls.  GMP’s Grandmother Leadership training has given them the tools they need to feel confident in their leadership role and voicing their opinions in front of the whole community and with village chiefs, imams and other community leaders.

“Since the arrival of GMP, we have been leading discussions on female circumcision. Before, we knew the dangers but it was with the project that we had the confidence and the courage to speak about it publicly.”

Many grandmothers previously had an awareness and understanding of the potential harmful effects of FGM, but didn’t know how to make a change.  Using participatory learning techniques and supporting the existing strengths of senior women Grandmother Leaders have been able to make a change in numerous communities across southern Senegal.

“Long before the Grandmother Project’s intervention, I discussed with other grandmothers of the village about the harm of cutting because I was a midwife at the hospital and had noticed problems among circumcised women. But it was only with the arrival of Grandmother Project that people really became aware of these problems. While I discussed individually with the grandmothers, GMP involved everyone. We grandmothers have made a commitment to not circumcise our granddaughters. We met together with the village chief and the parents of children and talked about the negative consequences of excision. Together, we agreed to denounce anyone who continued to practice female circumcision in the village.”

With your continued help, GMP can train more Grandmother Leaders in new communities and ensure that girls will no longer have to deal with the harmful effects of FGM. 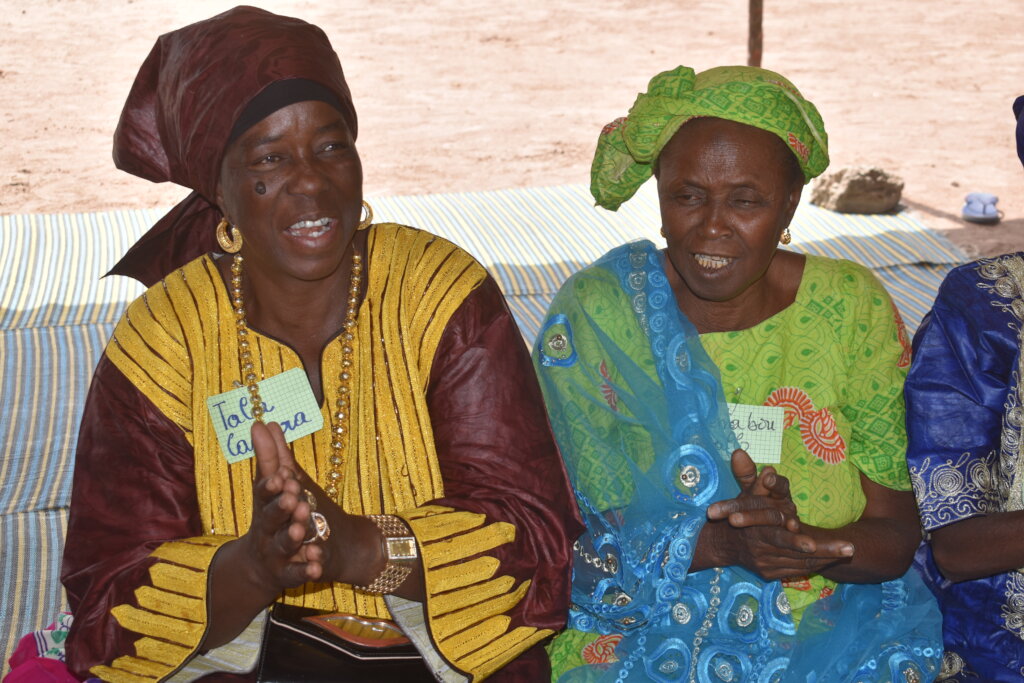 Grandmother Leaders are instrumental to change 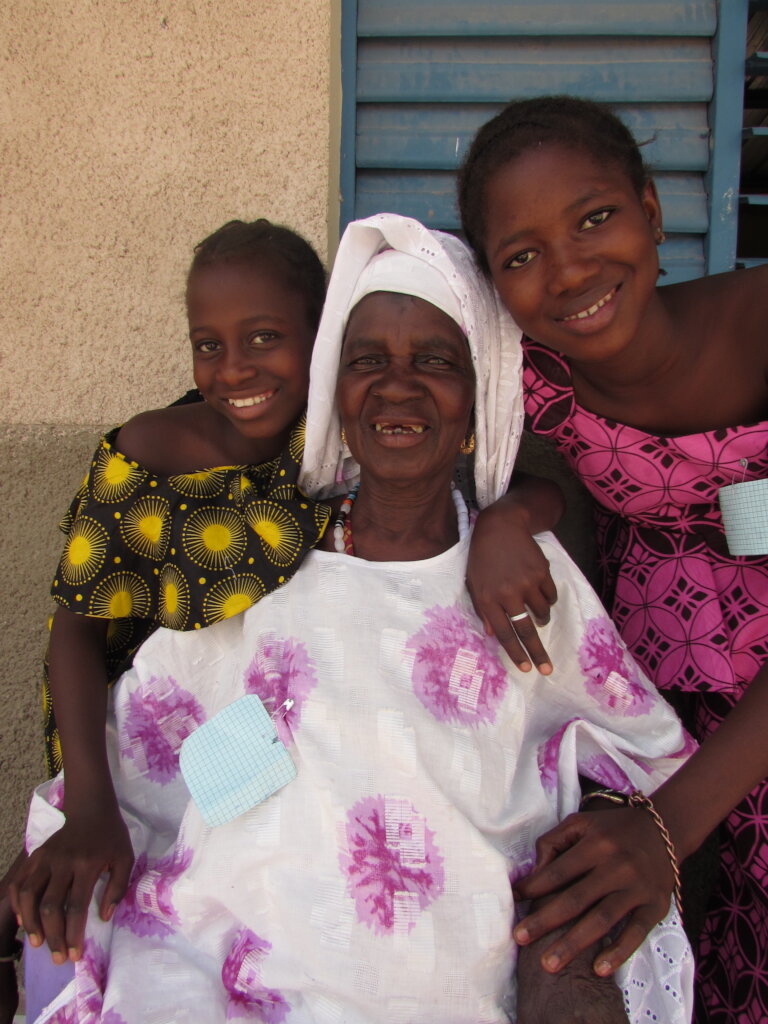 Project Leader:
Judi Aubel
Chevy Chase, MD United States
$6,583 raised of $9,400 goal
You last donated to this project on
74 donations
$2,817 to go
* Amounts in US Dollars
Donate Now
Donate once
Donate monthly
$25
USD
Will pay for printing & plasticizing a set of drawings for grandmothers to use with community groups after the leadership training
›
$75
USD
Will buy 1 large plasticized board game
›
$100
USD
Will train 1 grandmother leader for 8 days
›
$125
USD
Will train a woman teacher to facilitate the grandmother leadership training
›
$400
USD
Will pay for one Day of Praise of Grandmothers
›

Make a monthly donation & get matched today at 100% while funds remain. Terms and conditions apply.
Give the gift of stability in a time of instability. Set up an automatic, monthly gift now and get matched at 100%—because the COVID-19 pandemic has hurt us all, and it will take all of us to overcome it. Terms and conditions apply.
Monthly giving is as easy, safe, and as inexpensive as a Netflix subscription. Start a monthly donation to The Grandmother Project, Inc today and get matched at 100%. Terms and conditions apply.
$25
USD
monthly
Will fund one training session with women teachers to develop anti-FGM strategies in their communities
›
$50
USD
monthly
Will fund one All Women Forum
›
$65
USD
monthly
Will fund one meeting with religious leaders and grandmother leaders to discuss the deep-rooted practice of FGM.
›

Donating through GlobalGiving is safe, secure, and easy with many payment options to choose from. View other ways to donate
The Grandmother Project, Inc has earned this recognition on GlobalGiving:

GlobalGiving
Guarantee
Donate https://www.globalgiving.org/dy/cart/view/gg.html?cmd=addItem&projid=46343&rf=microdata&frequency=ONCE&amount=25
Please Note
WARNING: Javascript is currently disabled or is not available in your browser. GlobalGiving makes extensive use of Javascript and will not function properly with Javascript disabled. Please enable Javascript and refresh this page.