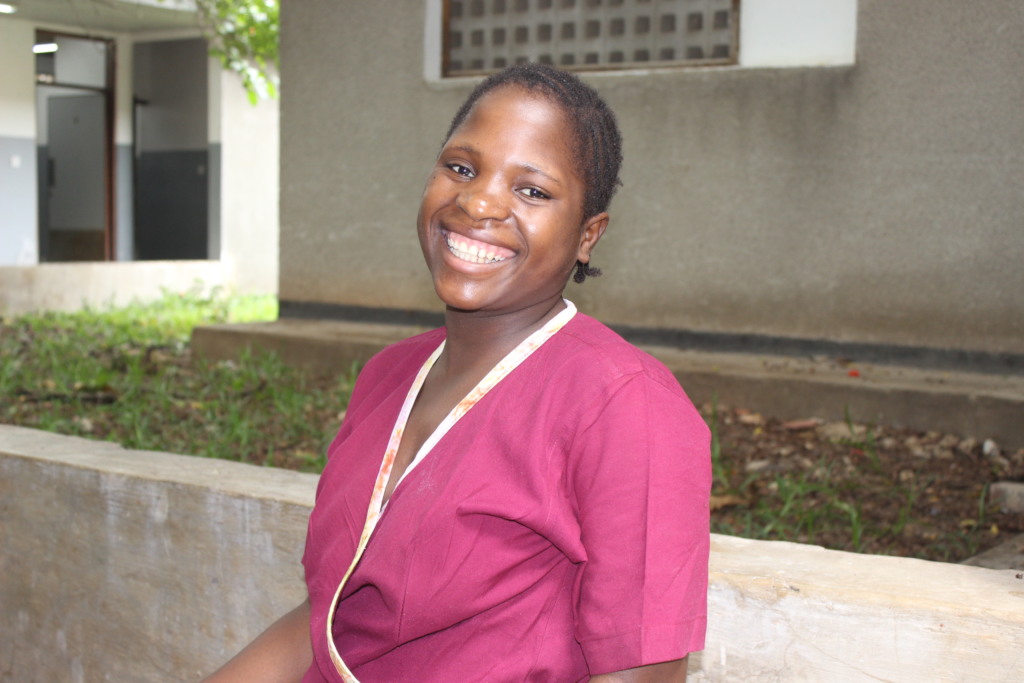 On March 8th, International Women’s Day, we will recognize and celebrate amazing woman across the globe. Today, I want to introduce you to Lina, a woman who embodies the strength and resilience that we see in so many of the women and girls we serve.

When Lina was 15-years-old, she became pregnant with her first child. When she went into labor, Lina endured three days with little progress. On the third day she was rushed to a nearby health center. The doctors there could not assist her, and Lina blacked out from pain and exhaustion.

“I became unconscious,” Lina says. ”I just woke up and found myself in the regional hospital in a bed. I asked the nurses, ‘where is my child?’” Tragically, Lina’s child was stillborn, and Lina began leaking urine from an obstetric fistula – a hole in the birth canal that developed as a result of her traumatic delivery. Obstetric fistula is completely preventable and treatable, but so many women and girls do not know what it is or understand what is happening to them.

Lina lived with this debilitating condition and chronic incontinence for six years. She survived horrific abuse at the hands of her boyfriend as he berated her for her condition. One day, he struck her on the head with a machete while chasing her from the home they shared. Injured and heartbroken, Lina hid in the bush until her uncle found her and brought her to her mother’s home where she lived isolated and excluded from her community.

Help finally came in the form of a CCBRT fistula ambassador. The ambassador referred Lina to CCBRT for treatment, and last month she received free, comprehensive fistula surgery and rehabilitation at CCBRT’s Disability Hospital in Dar es Salaam. Now 21-years-old, Lina has recovered from surgery, is no longer leaking and is excited about her future as she looks to the next chapter of life.

We need your help to empower women like Lina.

Ways to get involved

Your donations will support vocational training for women like Lina at the Mabinti Centre, our socioeconomic empowerment program for women recovering from fistula. For eleven years, Mabinti has equipped women recovering from fistula with the tools and confidence they need to start their own businesses, and regain confidence and independence. Almost 75% of Mabinti’s graduates own a tailoring business or continue to work in the industry, earning their own income. The Centre is a supportive environment where women like Lina can recover from a debilitating injury, learn practical business skills, and build a brighter future for themselves.

Your support will be instrumental in helping amazing women like Lina rebuild their lives after treatment. Together, we can set them on the path to healing, empowerment, and independence.