by The Bhutan Centre for Media and Democracy (BCMD) 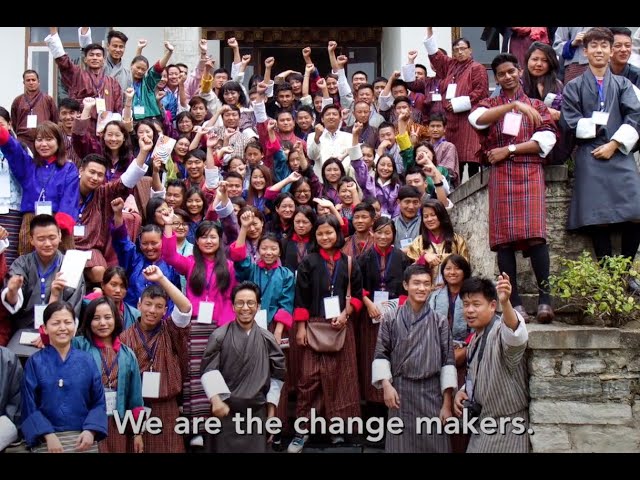 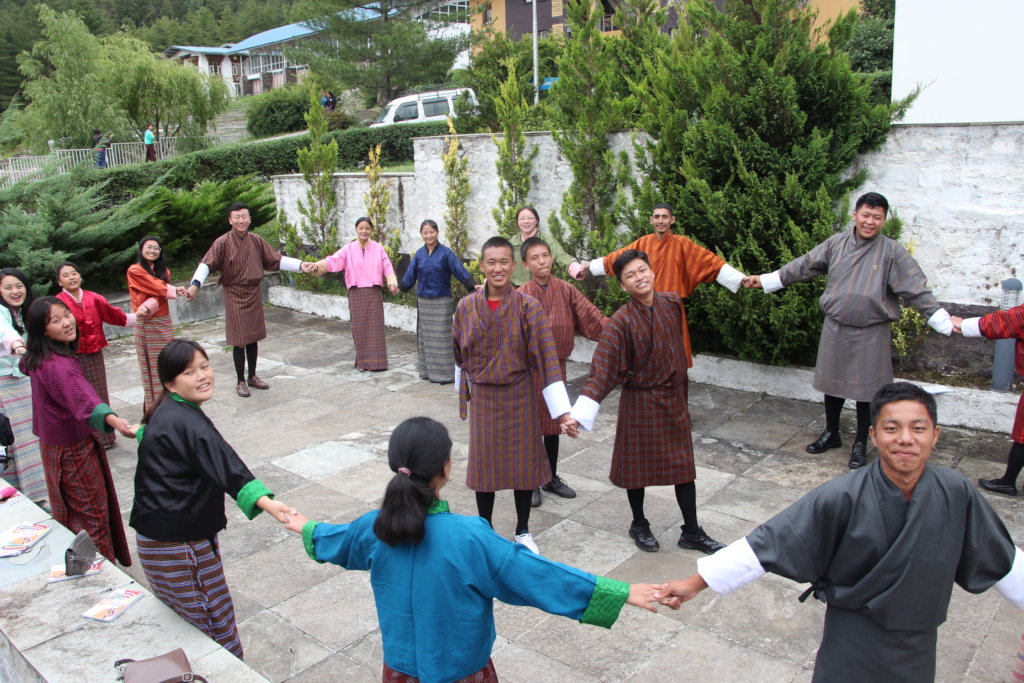 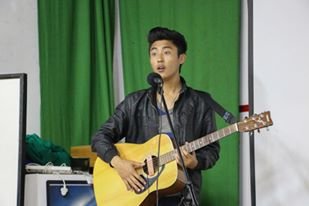 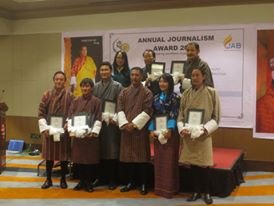 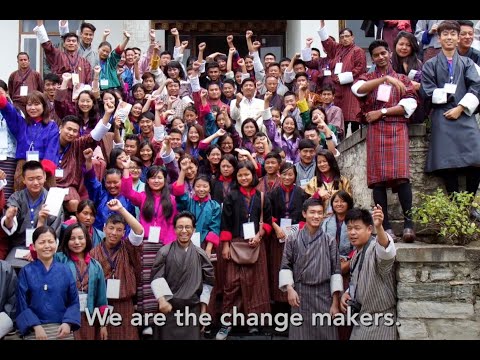 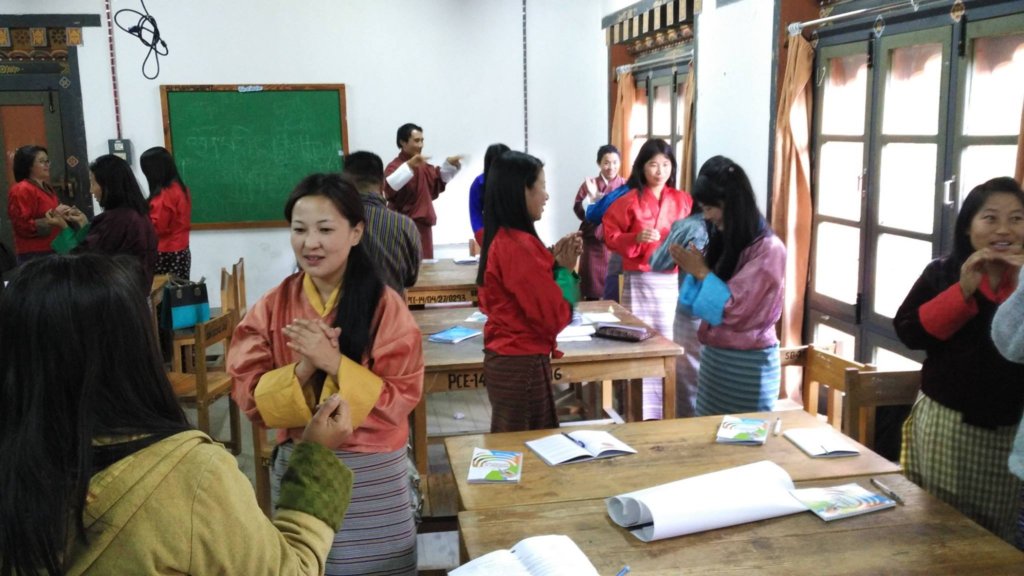 NFE and ECCD instructors at Paro

Youth, teachers, parents, local leaders and citizens alike want to be active citizens? That's great! But they are not sure where to begin and how to do it?

Here is one solution, our Active Citizen's Guide Book might just be the tool citizens need in a democracy. Why? The book focuses on democracy and a few fundamental values that we need for a democracy to flourish in Bhutan. It encourages the readers to understand the simple fact that democracy is a way of life, and that it’s success depends on the actions of each citizen.

The publication has a quick reference on Bhutan’s Constitution and the duties and rights enshrined in it. This allows the reader to think about not just their rights in a democracy but also their responsibilities. There is also valuable information on the Bhutanese parliament, the different committees in the parliament with their mandates and the difference between a bill and a law. Sounds helpful?

There's more, you can become a problem solver by just following the 5-step democratic approach to problem-solving. For citizens who want to find a place to volunteer for a social cause look out for the list of registered civil society organisations in Bhutan.

And, if the readers want to get in touch with their elected representative in the parliament or with an editor of a newspaper? There is a complete list of members of parliament including their contact numbers along with letter writing tips to the editors of newspapers in the country. As we always say – an engaged society, a vibrant democracy! The book allows its readers to gain insight on some of the fundamentals of a democracy and also to write down your own brilliant ideas. Copies of the publication has been distributed in most schools, colleges, youth groups, parliament and more.

The Bhutan Centre for Media and Democracy (BCMD) has been one of the first civil society organisations (CSO) in Bhutan to advocate for a culture of a vibrant democracy since its inception in 2008. Through our many programmes such as public forums and seminars, trainings, sensitising workshops and more, we continue to create Bhutan-related advocacy materials (print and audio-visual) in order to impart the values of democracy such as mutual respect, being active members of the communities, rights and duties, sharing constructive opinions and more.

Recently we worked on a democracy song titled, ‘Dear Prime Minister.’ It was written and sung by Kezang Dorji, a youth representative at the youth initiative (YI), who is also an up and coming ‘rapper’ in the country. The song was launched at the International Day of Democracy event on September 15 this year, which was coordinated jointly by the Institute of Gross National Happiness Studies (iGNHaS), Election Commission of Bhutan (ECB), United Nations Development Programme (UNDP Bhutan), Samtse College of Education (SCE) and BCMD at Samtse.

Dear Prime Minister, takes on a different advocacy approach where the artist pleads to citizen of Bhutan, the prime minister and members of parliament to closely work together to make democracy, a gift and a responsibility handed down from the golden throne, flourish in Bhutan. The first verse brings out the division of friends and families in our country created due to different political opinions, caste, religion and belonging in different regions of the country.

In the second verse, he pleads everyone to cast their precious vote responsibly. He asks the listeners to not vote just because you get gifts from candidates or because of the social status of the candidate or any other reasons other than looking properly at the party’s pledges. He raps about the right to vote, the importance of voting in a democracy and how every one of us should work closely together to make democracy succeed.

In the chorus, Kezang calls on the citizens, members of the parliament and the prime minister and listen to his plea. He sings, ‘ I got something to say.’

Are you going to listen to Kezang’s plead? But first check out the song, which is available on our BCMD sound cloud account atwww.soundcloud.com/bcmd

About 305 women in local government both elected representatives and potential candidates met in the capital for the Annual General Meeting, organised by BNEW. During the meeting, BCMD sensitised the women participants on building safe, productive and positive social media use and to explore the challenges of democratic governance.

The participants said that they started using social media apps to send audio messages to discuss any issues in their villages or to share news regarding their gewog (district).

The participants were also introduced to one of the BCMD resources such as a Radio Drama Series called ‘Jurwa’. They listened to an episode on women’s participation in local government elections. In this episode, the female protagonist, Yeshey, expresses her interest in wanting to stand for the local government election but her parents objects to it. He feels that women should be helping with the house chores and looking after the children. After listening to the episode, the participants shared openly about the challenges they faced as a female candidate and shared their experiences from the past local elections.

Your support will enable us to all do all this good work and more! Track our work in the coming year, and follow our progress. We count on your support

BCMD hosted a group of librarians, and early child care and non –formal education teachers to to learn and engage in the discussions on media, democracy and news in November and December.

The workshop is designed to show participants how to become more insightful news users at a time when Bhutan is receiving an unprecedented amount of information through digital media and as democracy continues to evolve.The participants learned the importance verification, independent sources and accuracy while reading the papers. The participants discussed the importance of feedback in the society, and agreed it is indeed a tool for a vibrant democracy.

Participants included 15 READ Librarians on 18th Nov and  25 Non-formal education instructors and Early Child Care Development teachers on 8 and 9th December. We look forward to attending their classes to see how they will help us spread messages of democratic values and action. 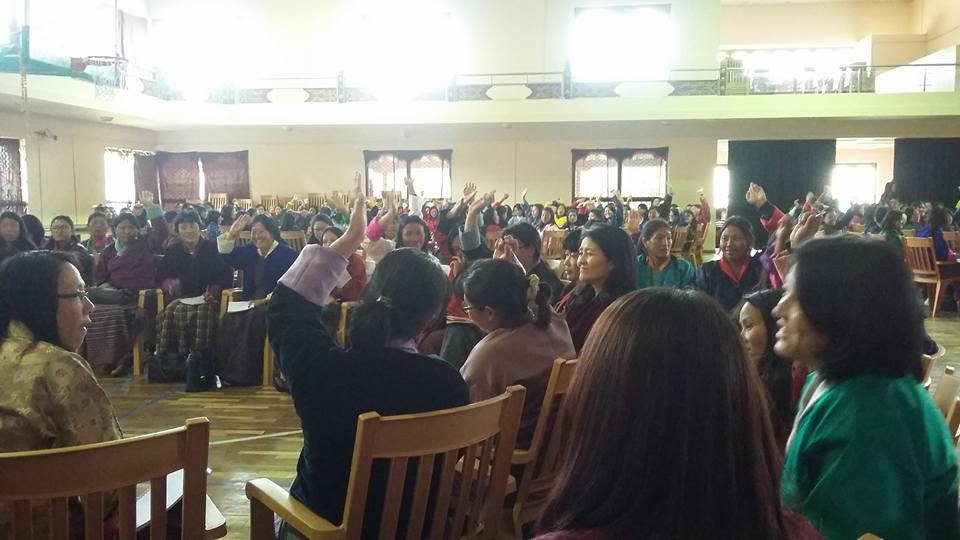 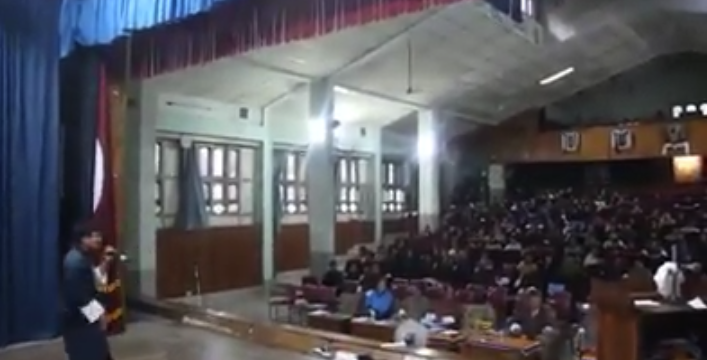 "Stories for Change" - Next »
Comments:

The Bhutan Centre for Media and Democracy (BCMD)

Project Leader:
Pek Sioksian Dorji
Thimphu, N/A Bhutan
$4,746 raised of $10,000 goal
You last donated to this project on
134 donations
$5,254 to go
* Amounts in US Dollars
Donate Now
Donate once
Donate monthly
$10
USD
1 rural student to travel across the country to attend a workshop on "Rural Storytelling and Advocacy"
›
$25
USD
3 everyday citizens to attend an all-day seminar on building community in their hometowns
›
$50
USD
25 urban youth to run and host an "Open Mic" session filled with discourse about social issues, poetry, and music
›
$75
USD
7 episodes of a radio narrative about rural Bhutan to be created and showcased on the public broadcasting station
›
$100
USD
5 youth-originated campaigns to address urban social issues such as crime and unemployment
›
$150
USD
7 aspiring journalists to attend a professional two-day workshop on "Citizen Journalism"
›
$200
USD
25 youth from across the country to participate in an all-inclusive two-day training in leadership training
›
$300
USD
3,000 copies of a democracy-centric newsletter to be printed and distributed across rural Bhutan
›

Make a monthly donation & get matched today at 100% while funds remain. Terms and conditions apply.
Give the gift of stability in a time of instability. Set up an automatic, monthly gift now and get matched at 100%—because the COVID-19 pandemic has hurt us all, and it will take all of us to overcome it. Terms and conditions apply.
Monthly giving is as easy, safe, and as inexpensive as a Netflix subscription. Start a monthly donation to The Bhutan Centre for Media and Democracy (BCMD) today and get matched at 100%. Terms and conditions apply.
$10
USD
monthly
1 rural student to travel across the country to attend a workshop on "Rural Storytelling and Advocacy"
›
$25
USD
monthly
3 everyday citizens to attend an all-day seminar on building community in their hometowns
›
$50
USD
monthly
25 urban youth to run and host an "Open Mic" session filled with discourse about social issues, poetry, and music
›
$75
USD
monthly
7 episodes of a radio narrative about rural Bhutan to be created and showcased on the public broadcasting station
›
$100
USD
monthly
5 youth-originated campaigns to address urban social issues such as crime and unemployment
›
$150
USD
monthly
7 aspiring journalists to attend a professional two-day workshop on "Citizen Journalism"
›
$200
USD
monthly
25 youth from across the country to participate in an all-inclusive two-day training in leadership training
›
$300
USD
monthly
3,000 copies of a democracy-centric newsletter to be printed and distributed across rural Bhutan
›

Donating through GlobalGiving is safe, secure, and easy with many payment options to choose from. View other ways to donate
The Bhutan Centre for Media and Democracy (BCMD) has earned this recognition on GlobalGiving:

GlobalGiving
Guarantee
Donate https://www.globalgiving.org/dy/cart/view/gg.html?cmd=addItem&projid=21600&rf=microdata&frequency=ONCE&amount=25
Please Note
WARNING: Javascript is currently disabled or is not available in your browser. GlobalGiving makes extensive use of Javascript and will not function properly with Javascript disabled. Please enable Javascript and refresh this page.