An update on the elephant research in Chizarira 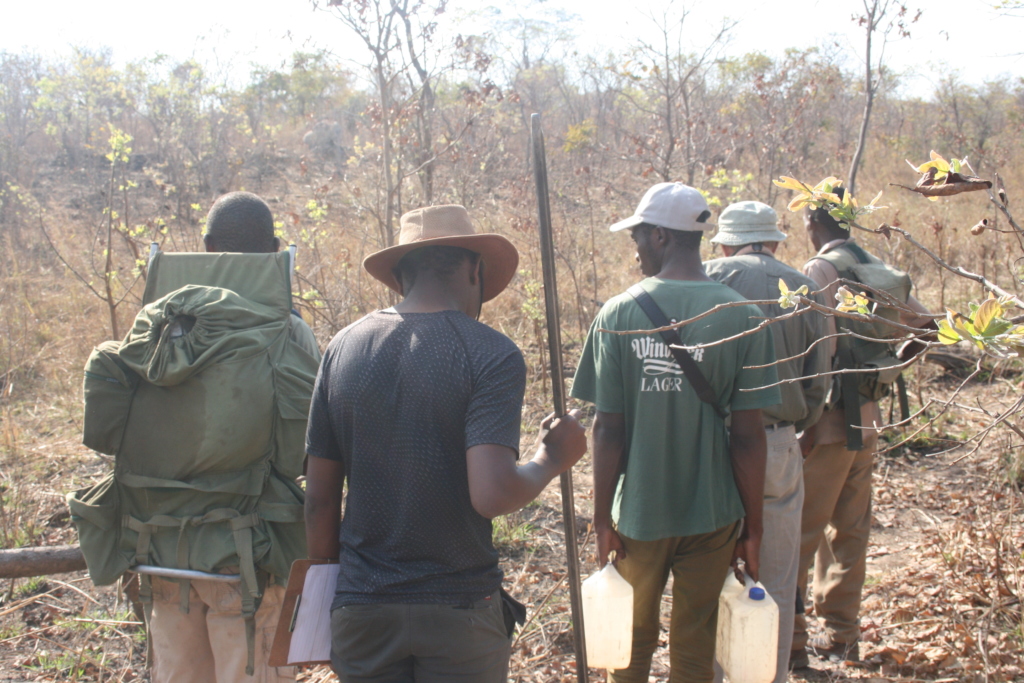 This important project which is to ensure the long-term conservation of elephants in Chizarira National Park(1,910km2 in extent) has four key objectives: First to ascertain what the population structure is (how many animals, what ages and sexes, the average size of a herd; secondly plot out the  movements of the elephant population; thirdly to establish possible wildlife corridors between Protected areas; and fourthly to look at possible human-wildlife conflicts and come up with ways to prevent these conflicts.

In order to achieve these objectives we collar elephants with a GPS Satellite collar that also has a VHF function which allows us to track the elephant on foot.  The GPS/satellite function allows us to download movement data from a satellite so that we have an accurate movement pattern of collared herds.  When we go out on foot to find the elephants we collect population data when we see the herd, and also look at interactions between herds.

With 5 elephants now collared, information on this vulnerable species is growing and we are steadily obtaining the information vital to conserving the species.  The information is given to the Park management so that they can work from an informed perspective to conserve the elephant population in the park.

All of the collared animals (i.e. the herd) have left the park at various times (most just short sojourns), but one bull in particular has left the park and visited two Protected Areas, giving us a glimpse into possible corridors utilized by wildlife through peasant farming land between safe areas.  This bull has travelled over 450kms since it was collared on 26th April 2021 reaching the southern banks of Lake Kariba.  Monitoring continues.

A further cow was collared on the 4th September 2021.  She was in a herd of about 30 animals (in thick scrub so the count was no confirmed).  When the herd was seen, the team climbed a well treed termitaria (ant hill) to observe them.  Three of the team then crept up on foot to a cow and she was darted.  After 5 minutes she was unconscious and we were able to quietly approach her and place a sheet over her head to protect her eyes and to prevent visual stimulation which could cause here to wake up.  Because of the way she fell, fitting the collar was a mission and at one stage I was lying under her neck trying to secure the two ends of the collar.  All went well and after giving the reversal drug she was soon on her feet and joining the herd.

This project will go a long way to ensuring that the elephant are protected, and because there are now some population parameters in place we will be able to detect if there is illegal killing. 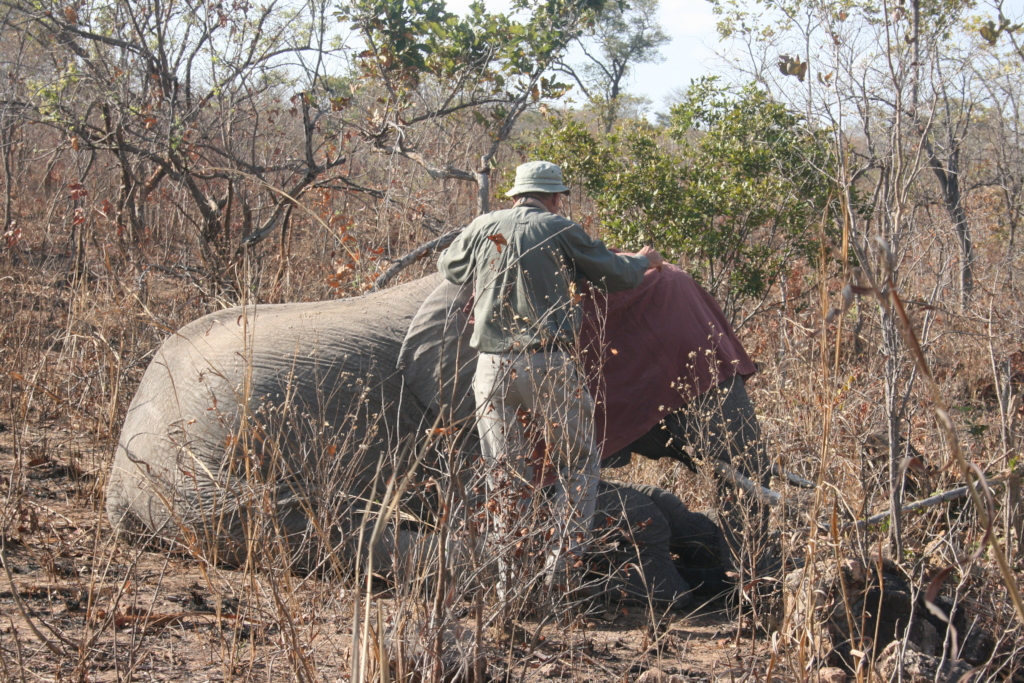 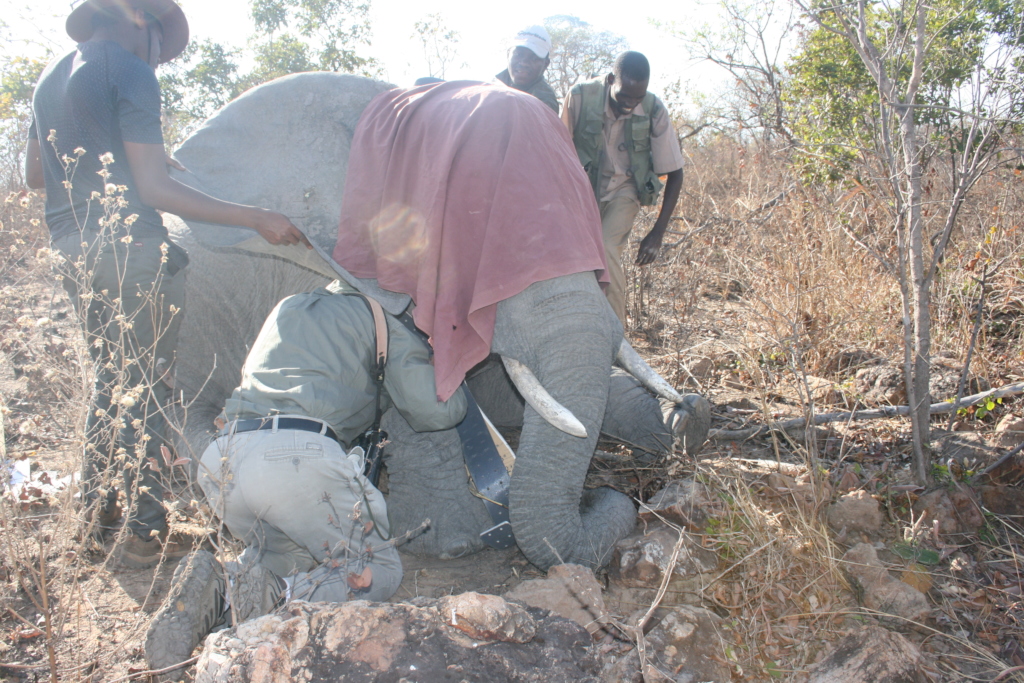