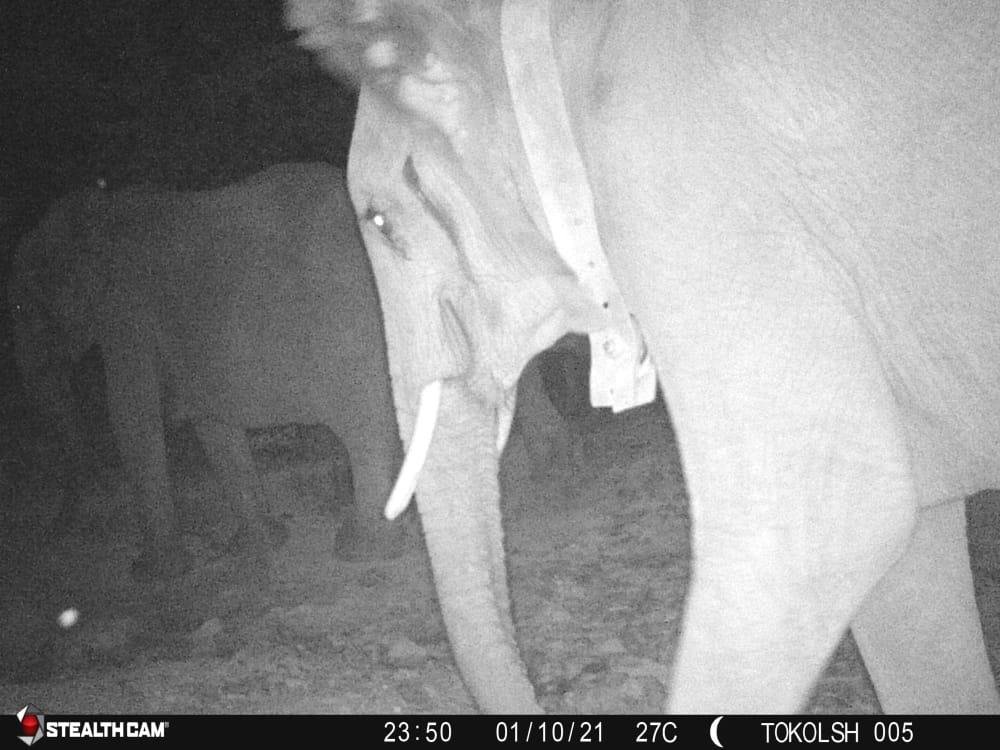 We are writing this report from our research headquarters in the 1 910 km2 Chizarira National Park.  The wide-open unspoiled spaces around us give relief from the confines that the Covid epidemic is causing. We hope that by reading this report you will experience together with us, the privilege we have of carrying out this important field work.  Frequent visitors at the research base are the spotted hyaenas, elephants, lions, impala, waterbuck, warthog, buffalo and a large variety of birds.

The ALERT team has been able to carry on its operations in Chizarira National Park and in the surrounding Communal Lands that surround this large unspoiled island ecosystem despite the epidemic.  To date, three elephants have been collared with satellite collars.  Through 6-hourly satellite downloads from the collars we are able to monitor and map movements of the herds. We are also able to track the herds on the ground where we can obtain demographic data that will give us a better idea of the population structure.

This information has been lacking since the last researcher working on elephants left in 1976.  ALERT as a research NGO, works closely with the Park management and ecologist, who rely on us for transport and research equipment.  In addition our work links in to the elephant work being carried out in the greater KAZA Transfrontier Conservation Area which encompasses the Kavanga/Zambezi River systems of five countries (Angola, Botswana, Namibia, Zambia and Zimbabwe).

This year we will be adding another four collars to selected elephants in the Park so that eventually seven herds will be marked and tracked.  An important aspect of our work is to look at the connectivity between Protected Areas.  Elephants and other animals use traditional wildlife corridors between the Protected Areas and by identifying these corridors we can work with the Authorities to ensure that they are kept open.  Thank you for your continued support!