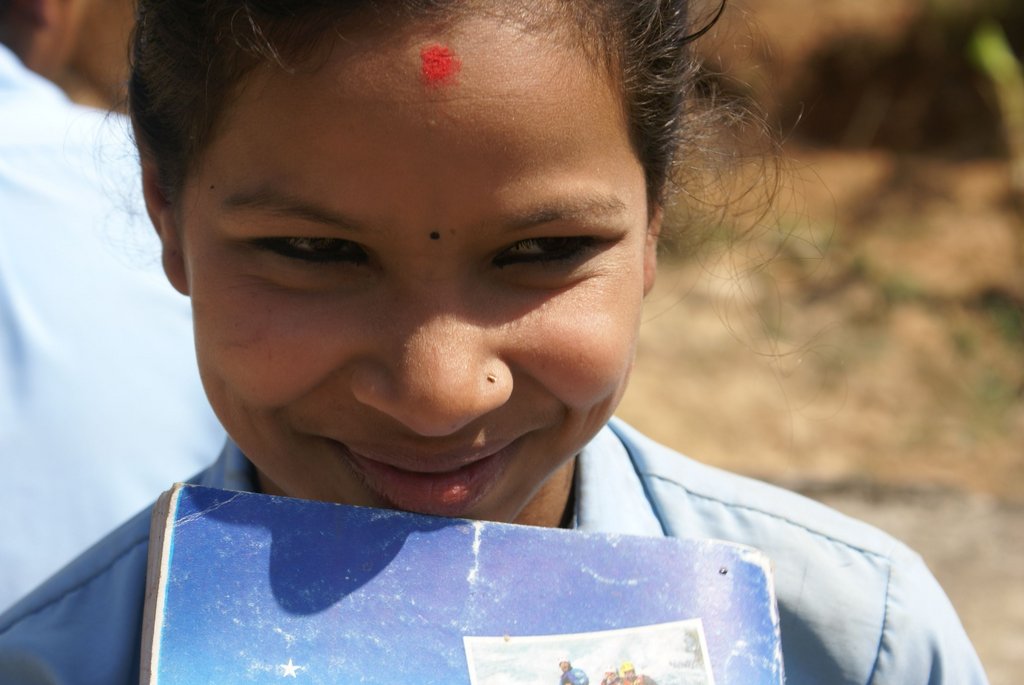 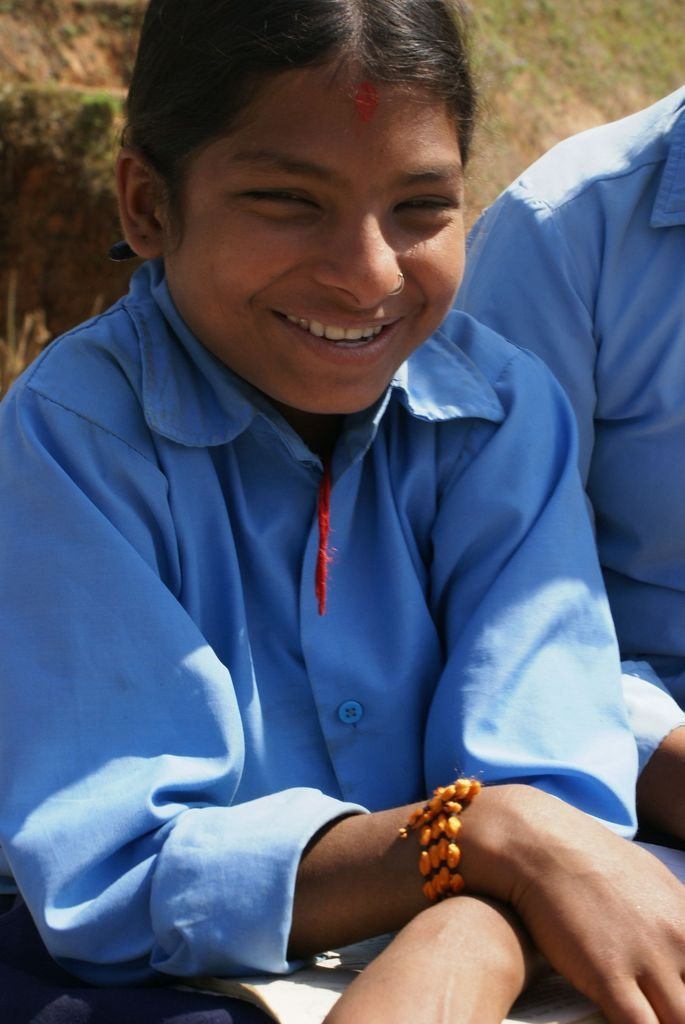 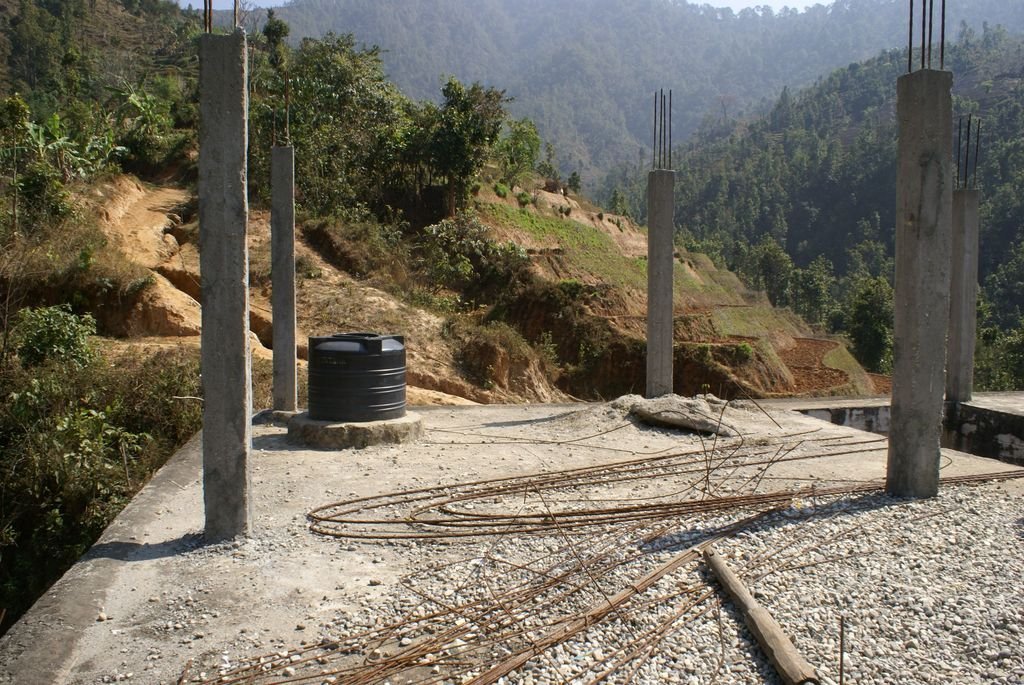 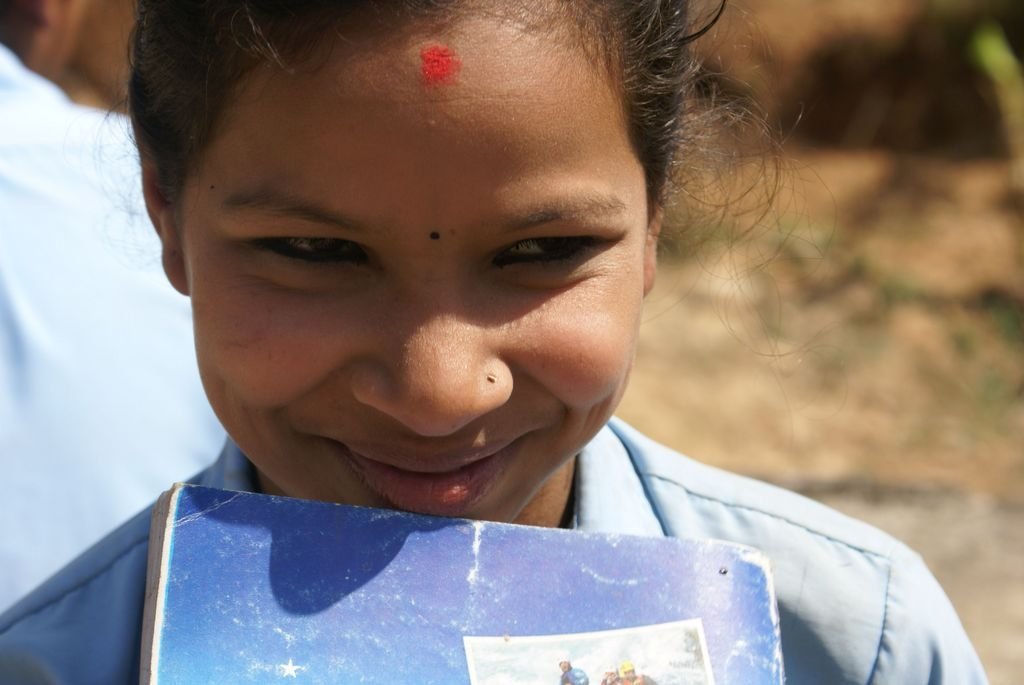 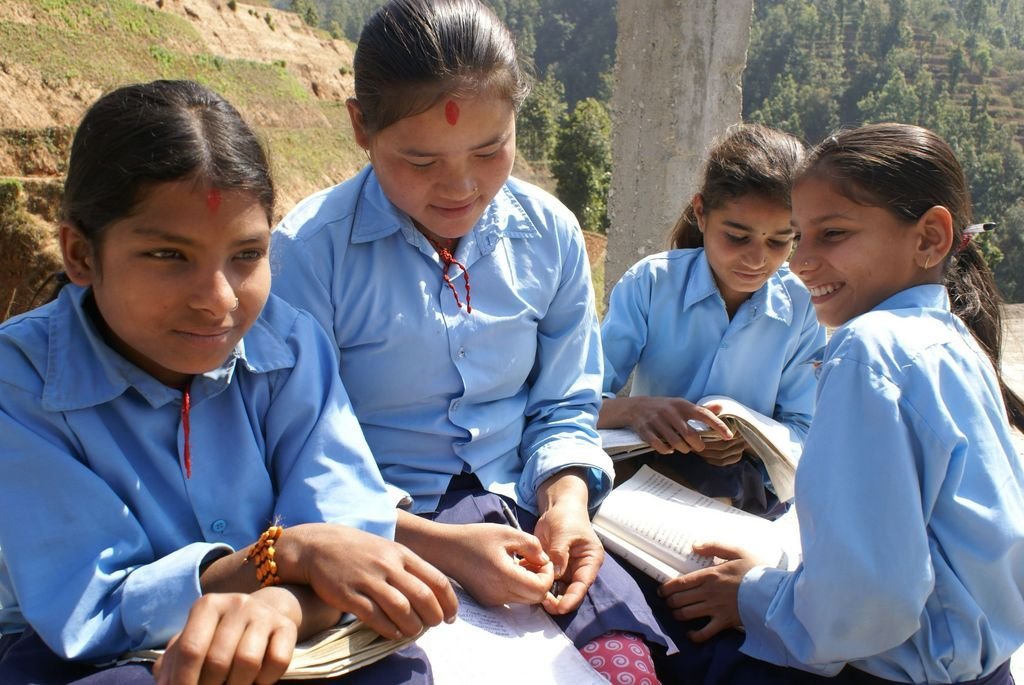 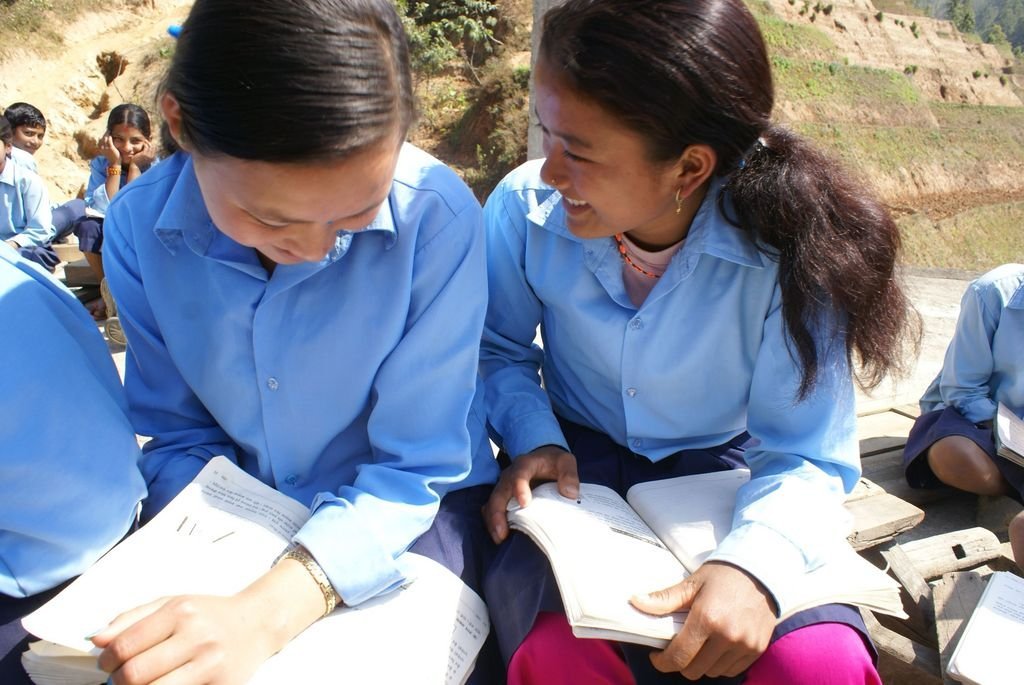 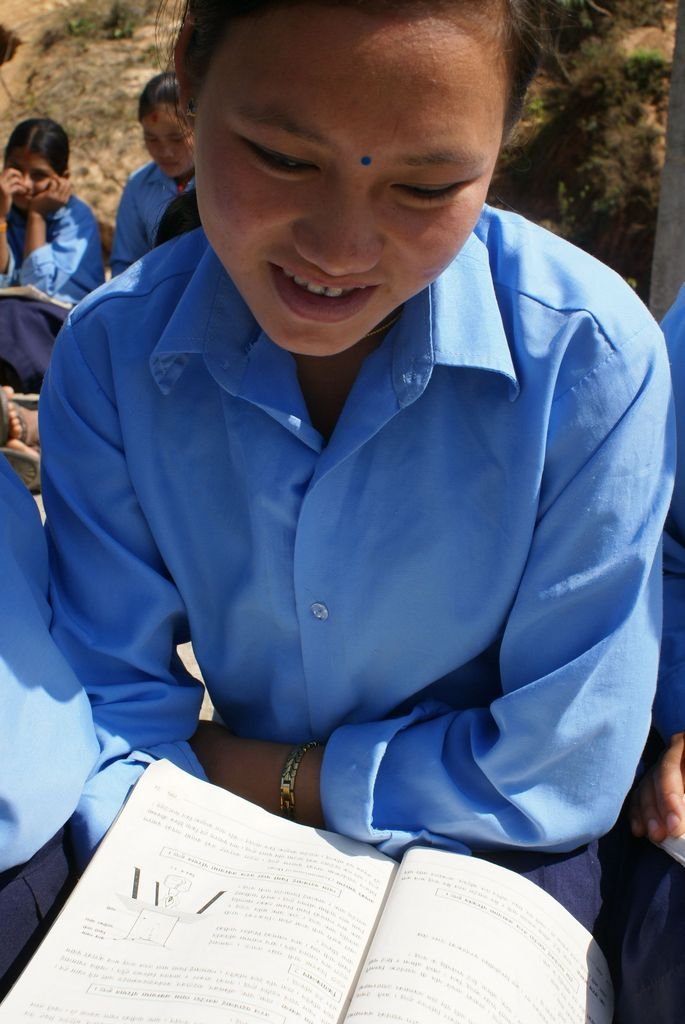 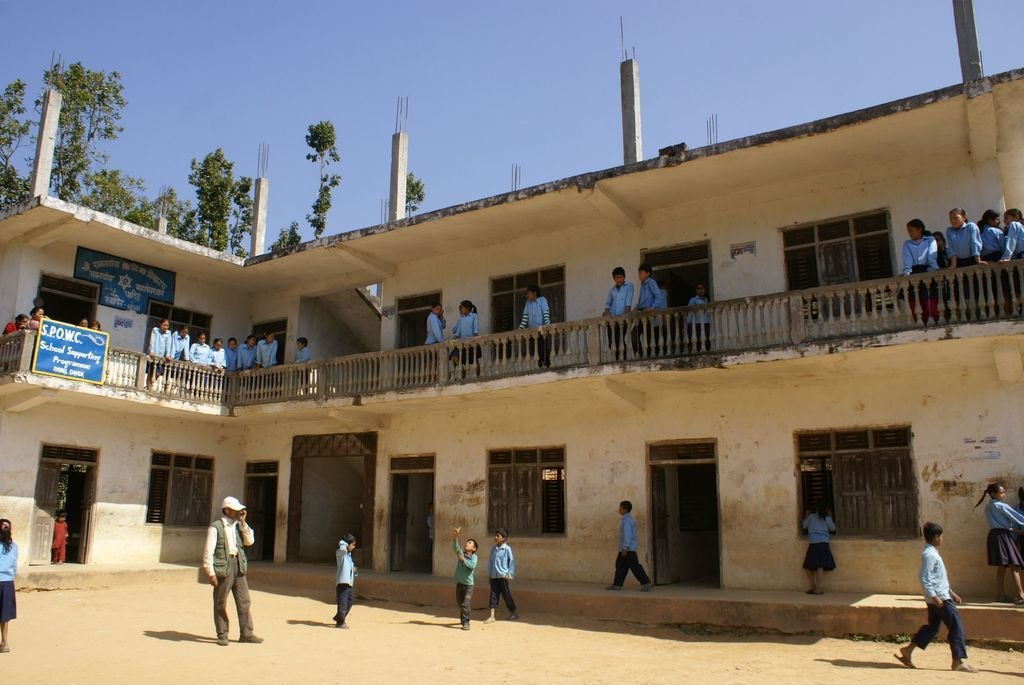 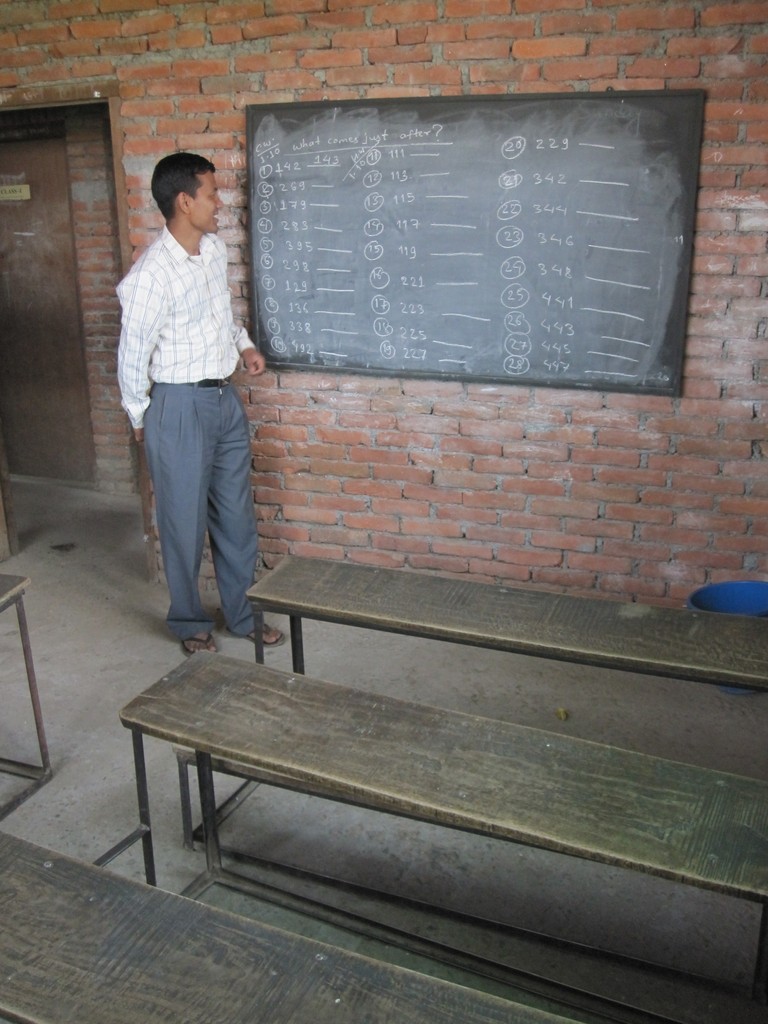 Bill Brower is a Field Program Officer with GlobalGiving who is visiting our partners’ projects throughout South and Southeast Asia. On April 26th he visited two schools outside of Kathmandu that have previously received support from Sarvodaya. His “Postcard” from the visit:

The group of people seeking to spread the principles of Sarvodaya, a movement started in Sri Lanka in 1958, in Nepal face many obstacles, according to board member of the organization, Swastika Shrestha: They’re confused with communists. Some in Nepal harbor anti-Indian sentiment and balk at an organization named after a term coined by Gandhi. Others assume a concept put forward in the first half of the last century is impractical today. But perhaps the strongest, a result of billions of dollars spent on (largely ineffectual) development projects by outside organizations over the decades, is a feeling of entitlement in communities. This is in direct opposition to the foundational Sarvodaya principle of community improvement through community effort.

With all of these things working against them, Swastika is happy having connected with a few people in each of the communities they work in who really “get it”. After a few years effort, that is progress and something that will be necessary if they hope to see wider community uptake.

One of these “people who get it” who I met with is Rameshwar Deshar, principal and co-founder of Jyotidaya School outside of Kathmandu and now a board member of Sarvodaya Nepal. Seeing expensive private schools or cheap but low quality government schools as the only options for primary education, Rameshwar and others decided to open a school using a new approach similar to that being tried in a neighboring community—schools based on the premise that having good schools helps the whole community. The fees are lower than private schools (originally much lower but they’ve been forced to raise them to 20% below private school fees). Some of the teachers were students at the school themselves, working for lower pay because they appreciate the benefits of the school’s alternative approach. Other quality teachers from outside the community are attracted by this approach—greater emphasis on spirituality, more freedom with the subjects taught than a government school, and more respect for the teachers. (In private schools, the teachers will sometimes go unpaid for months.) If a family falls on hard times and is unable to pay the fee (e.g. the breadwinner dies), Jyotidaya, unlike some other schools, will not kick the student out. According to Rameshwar, it’s paying off: Their students have had no fails on the national exam and mostly distinctions or first level. Unfortunately the school, along with all non-public schools in the country, was unexpectedly closed when I visited by order of the Maoist party (which objects to the high fees charged by private schools) so I was unable to see it in operation, but it appeared well kept—basic but sufficient.

Another person I met who Swastika says gets it is Mohan Nagarkoti in Shikharpa in Leyley Village, site of another school that has received assistance from Sarvodaya. In his role on the community Sarvodaya board in the village, he is proposing turning an unused classroom at one of the school sites into a community center. He envisions it filled with resources for people to help themselves—textbooks, career guides, computers, etc.

The assistance Sarvodaya provided to the two schools I visited—helping foot the bill for construction and providing scholarships—is straightforward, but it seems they use such projects as an entry point to wider engagement with the community. It is still early going and has yet to be seen if this translates to more people who “get it” and corresponding tangible improvements in the community, but helping the schools and students seems valuable regardless.

Thank you for helping them reach their funding goal!

GlobalGiving
Guarantee
Donate https://www.globalgiving.org/dy/cart/view/gg.html?cmd=addItem&projid=5042&rf=microdata&frequency=ONCE&amount=25
Please Note
WARNING: Javascript is currently disabled or is not available in your browser. GlobalGiving makes extensive use of Javascript and will not function properly with Javascript disabled. Please enable Javascript and refresh this page.