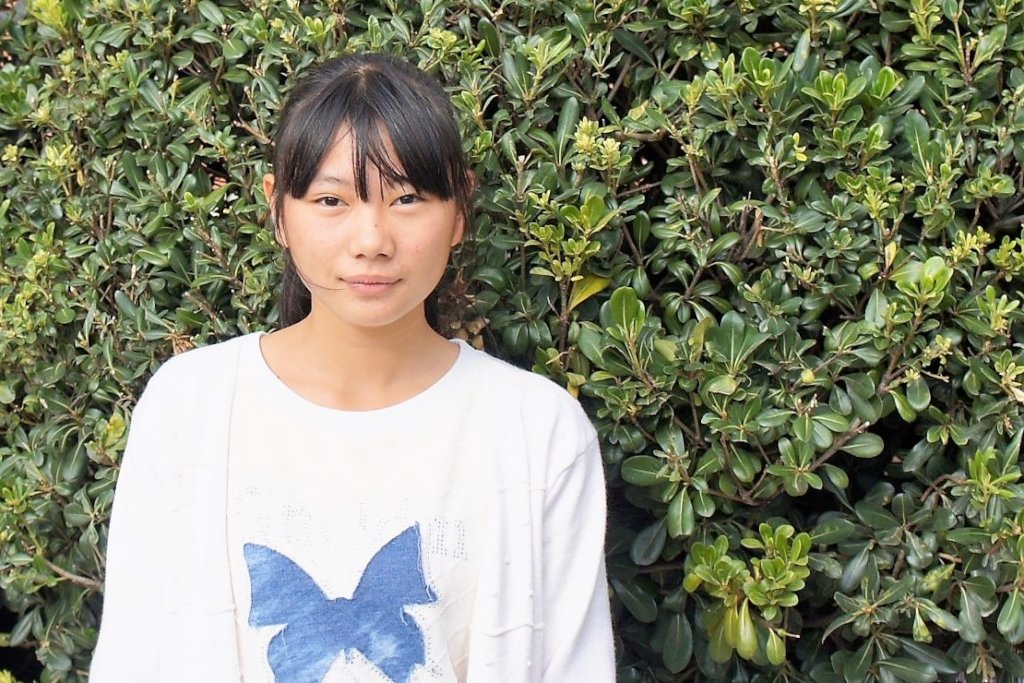 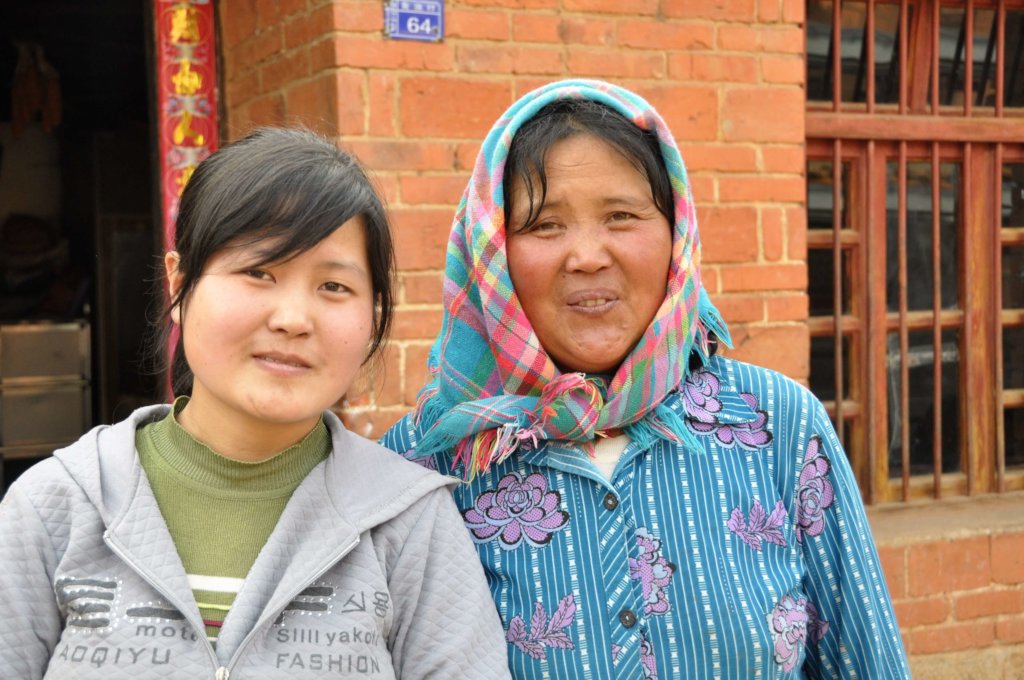 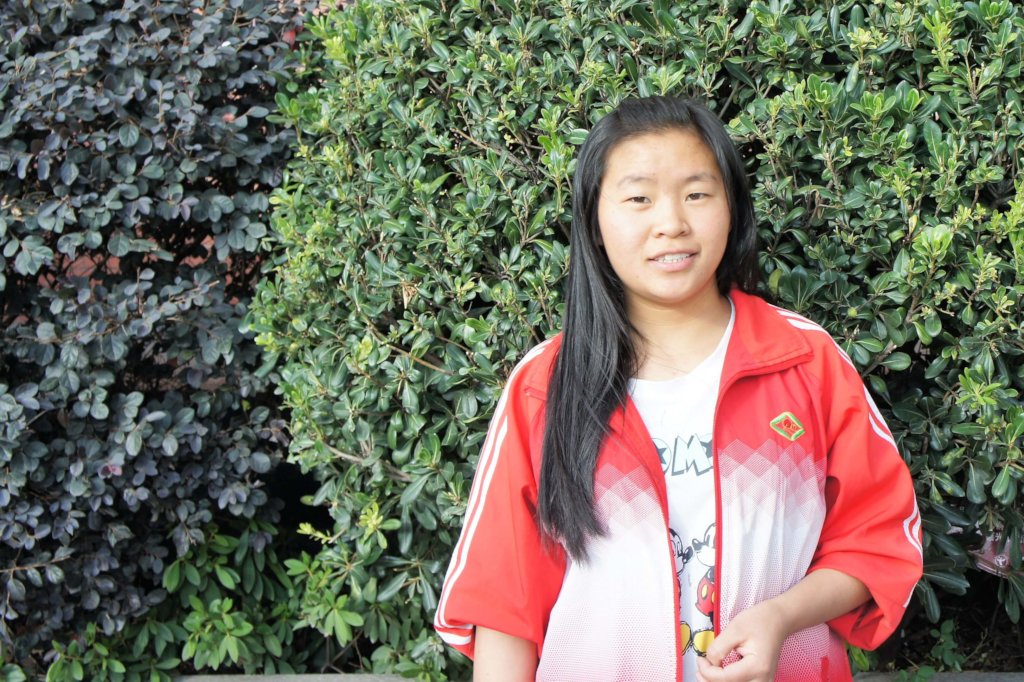 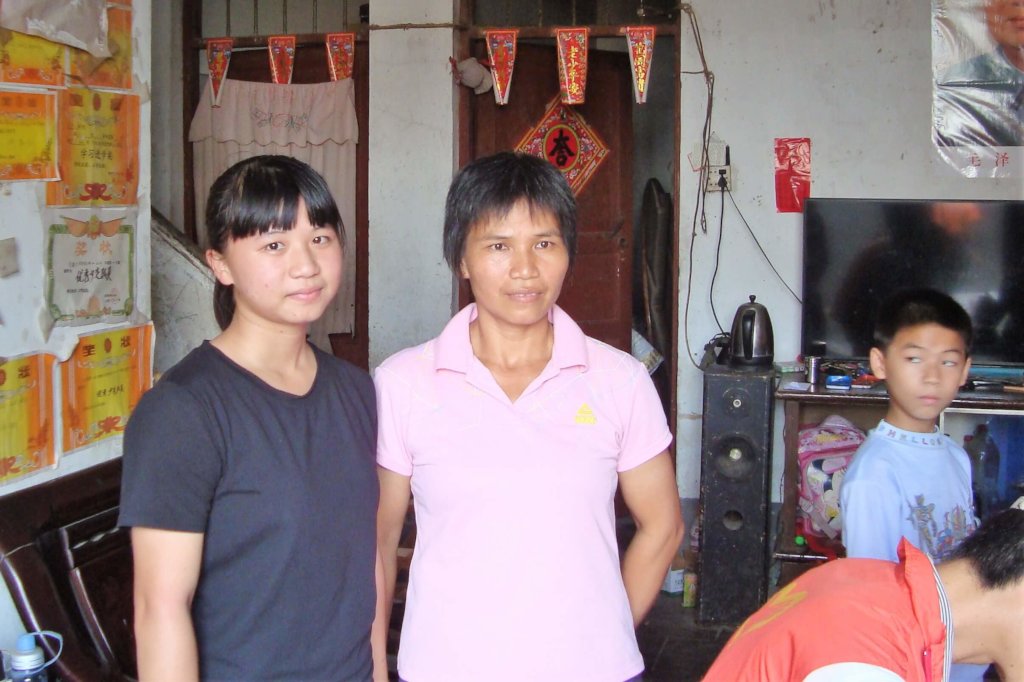 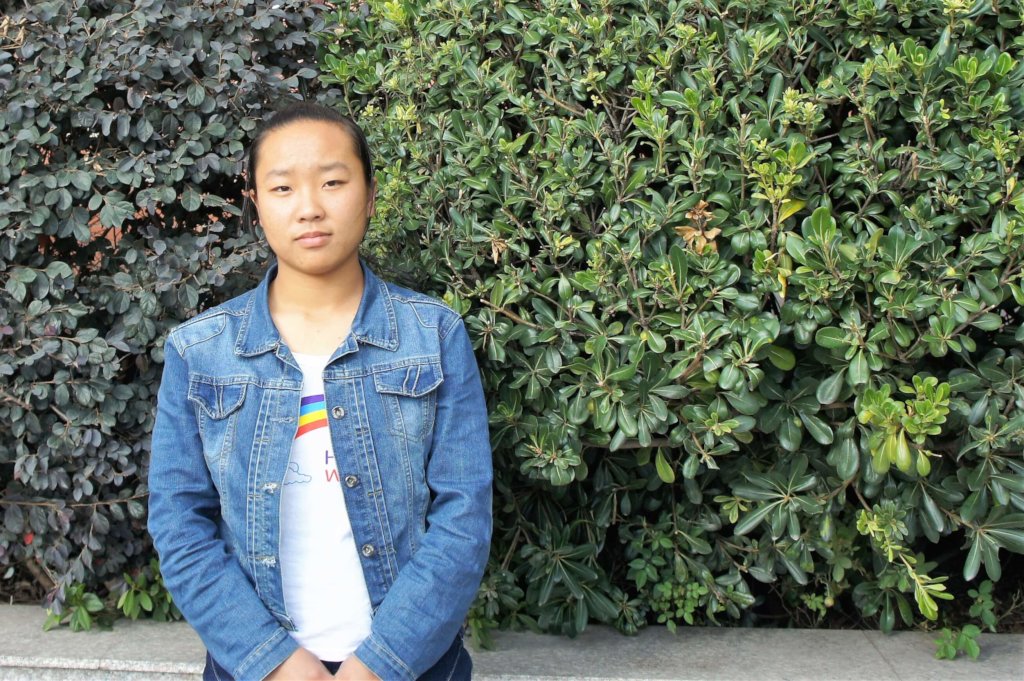 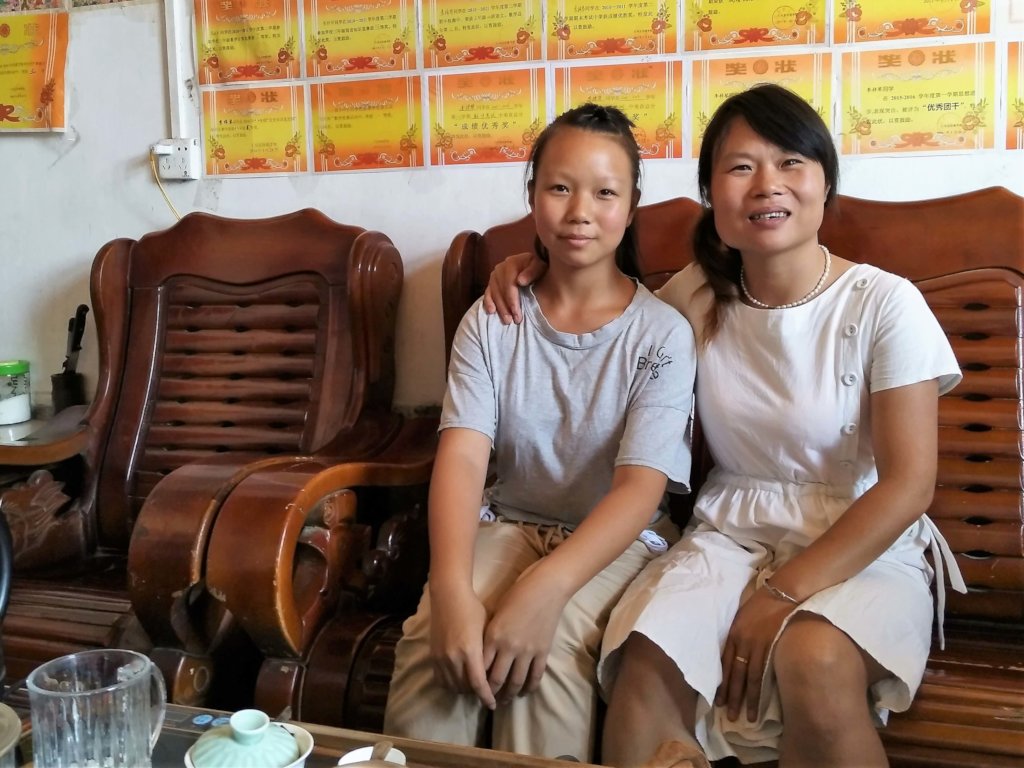 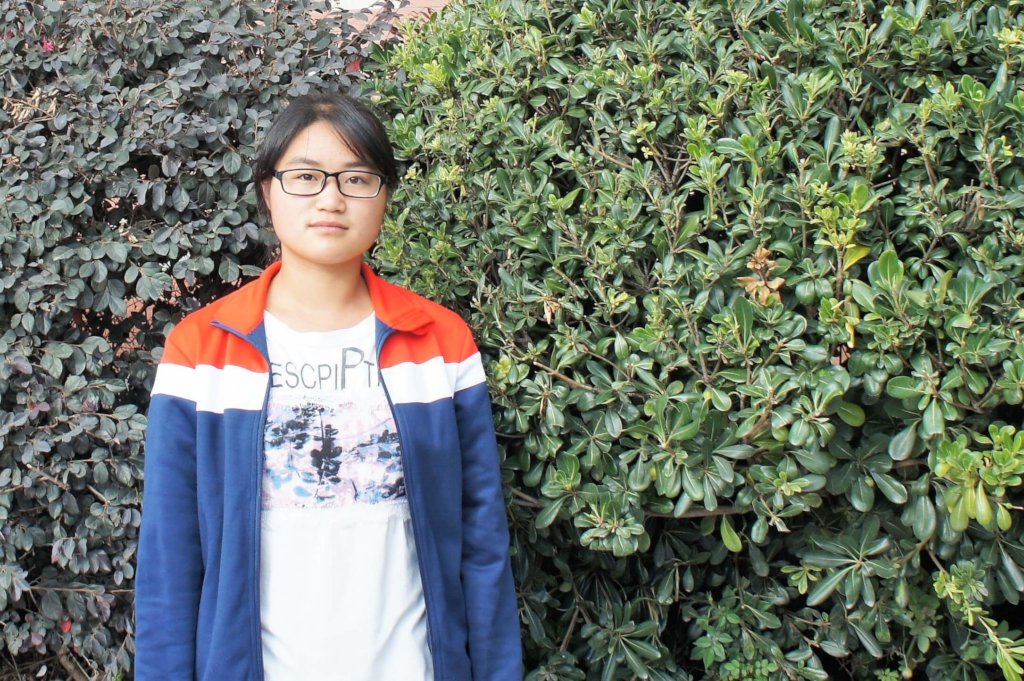 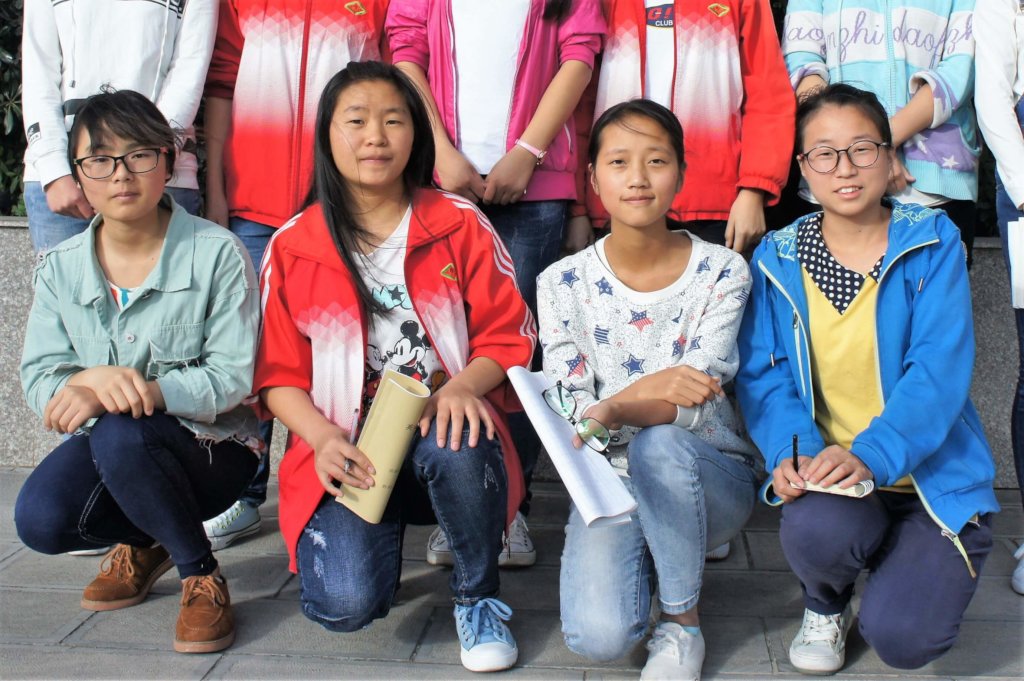 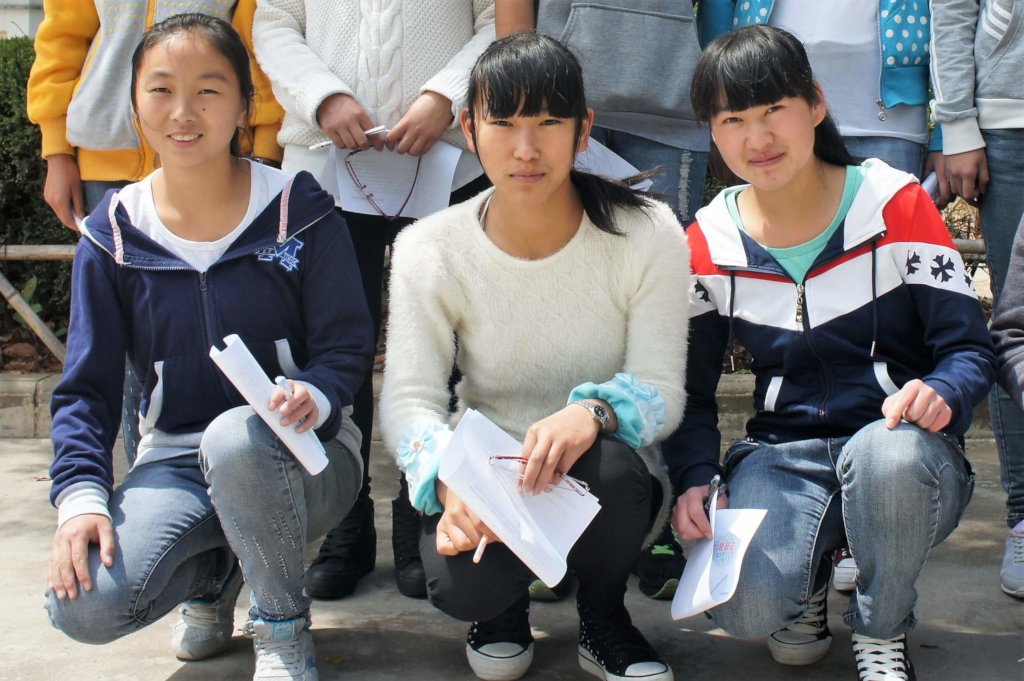 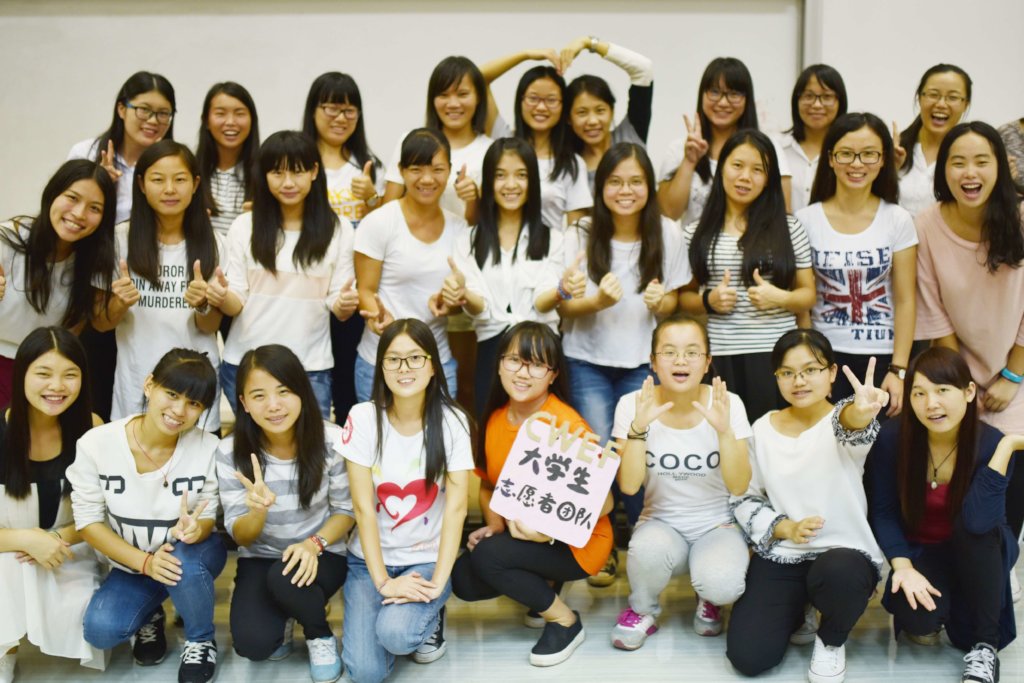 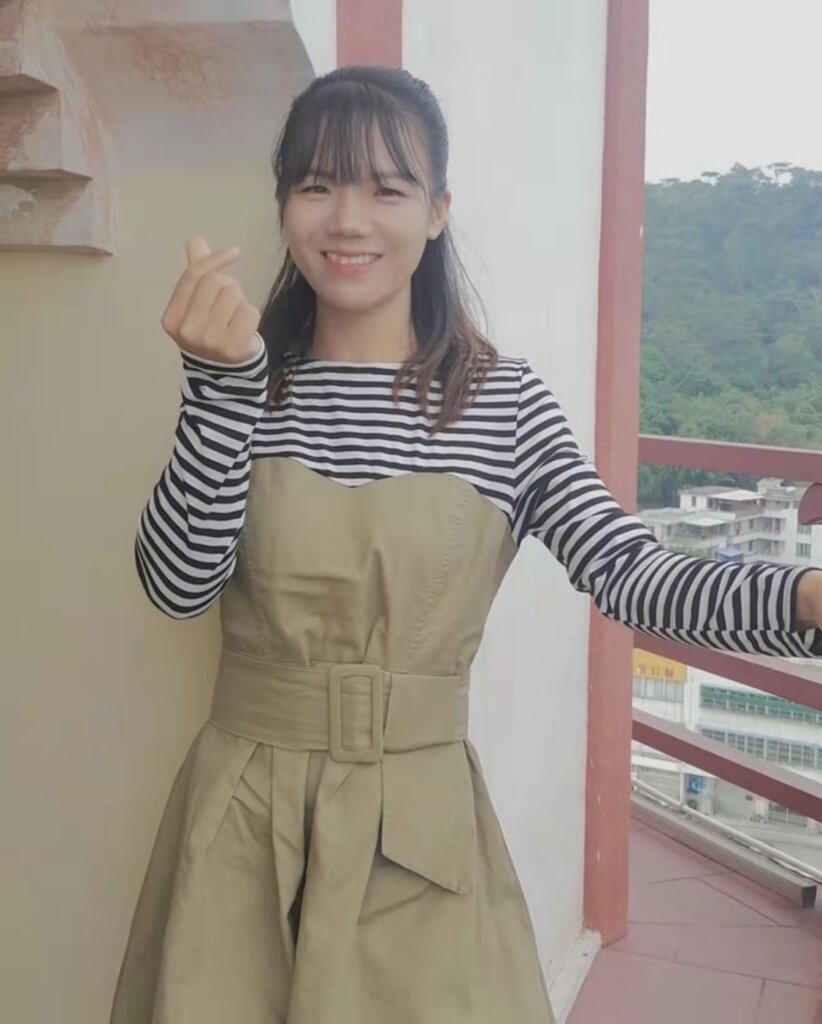 Hello everyone! My name is Lijuan, I am from Guangdong province, China.  When I was young, my father, the only breadwinner in my family, fell ill and was unable to financially support my education. And so first of all, I would like to express my heartfelt thanks to my teachers and all the caring people of the Education Fund for helping me in my most difficult time and choosing me among so many people to receive financial support. In addition to that, the summer and winter camps held by the Foundation every year made me and the other students feel happy and cared for and exposed us to new things and new friends. I have become a more cheerful and confident person because of this organization.

Looking back on these ten years of schooling, I am very happy that I was able to receive a higher education with the help of many kind people. Growing up in such a difficult family, I knew that only studying could change my fate; so I studied diligently from elementary school through high school. I have been asked many times by other parents, "Do you have any tricks to study? How come you study so well?" I would usually laugh and think, "I don't have any tricks. It's just that I have no one behind me, so I have to work hard."

The moment I received my university acceptance letter, I was both happy and frustrated. Happy that my hard work for more than ten years had finally paid off, and I could change my destiny; frustrated that my debt-ridden family could not support my college expenses.  Thanks to the good policies of the Party and the Country, and thanks to the kind-hearted organizations like the Hong Kong Co-operative Welfare Education Foundation, I was able to fulfill my dream of going to college!

I entered the university knowing that the opportunity to go to university is not easy to come by, and I kept telling myself that I should cherish it twice and that studying should be the first priority. So I studied hard and ranked in the top 20% overall, while also pursuing a minor in in administration over the weekends.

Every year I have worked hard to get scholarships, some of which were supplied by Concordia Welfare & Education Foundation, and these scholarships have largely relieved me of my worries. By using the scholarship funds I received only for my studies and real needs and by not comparing my food and clothes to those of other students, I relieved my family of some financial burden.

As a college elective, I decided to try a new challenge ------ tennis. When I began, the coach thought I was short and had no advantage in playing tennis. So I just followed the other players and taught myself. When I had time, I went to tennis lessons, played on the courts every day, and consulted with the coach and other players. After another year, I became the best player, and the coach was impressed with me.

The tennis coach wholeheartedly trained me every day.  Soon I became the assistant tennis coach, and I worked part-time during weekends and holidays. Because of the coach's help and teaching, I became a better version of myself during this period of my life. And after four years of ongoing practice in college, I had the honor of winning the tennis championship my senior year.

After graduating from college, I began regularly supporting charity work, and I started a tennis club along with some of the other athletes. I also began studying for the teacher preparation exam. I was unsuccessful in the first round of exams, but I studied and prepared for the exams again. Fortunately, I got into the teaching profession. I am now a teacher with a bachelor’s degree in physical education from Guangdong Institute of Petrochemical Technology. I like my job, and my life is the way I want it. Thank you for all the people who have helped and encouraged me over the years.

Many times over the years, I was confused and torn by the choices I faced, but as long as you follow your heart, not afraid of failure, not afraid of hardship, and dare to try; I believe you will become what you want to be.

Thank you for your generous donations to Concordia Welfare & Education Foundation’s scholarship fund for Chinese girls! Because of you, young women like Lijuan have been empowered to change their destinies and reach their professional dreams. And now they are helping others do the same.

This letter was originally written by Lijuan in Mandarin; translated to English with the help of Qian Qian, CWEF volunteer; and edited for length and flow by April Chiasson, Communications Manager.

GlobalGiving
Guarantee
Donate https://www.globalgiving.org/dy/cart/view/gg.html?cmd=addItem&projid=38675&rf=microdata&frequency=ONCE&amount=25
Please Note
WARNING: Javascript is currently disabled or is not available in your browser. GlobalGiving makes extensive use of Javascript and will not function properly with Javascript disabled. Please enable Javascript and refresh this page.