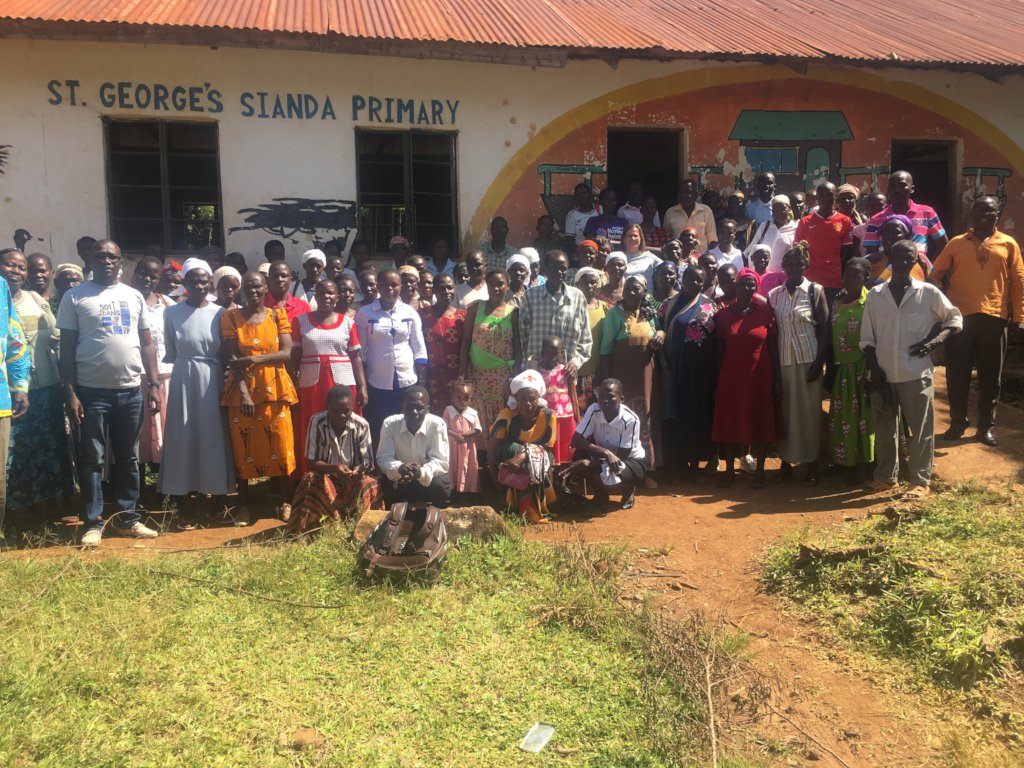 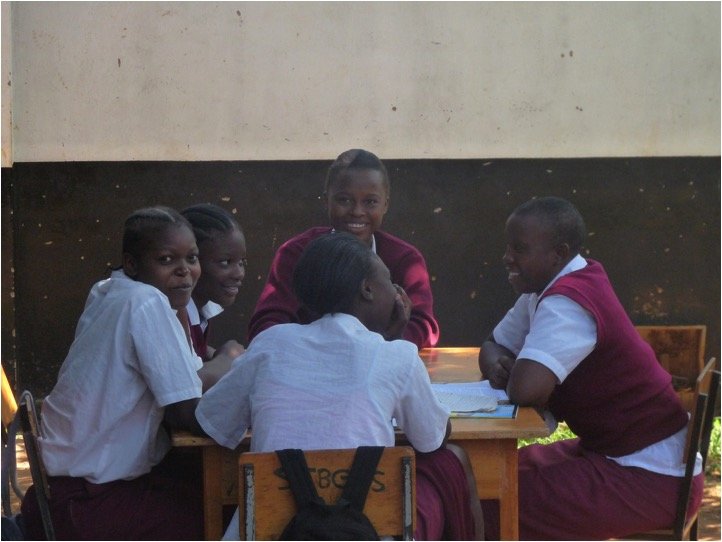 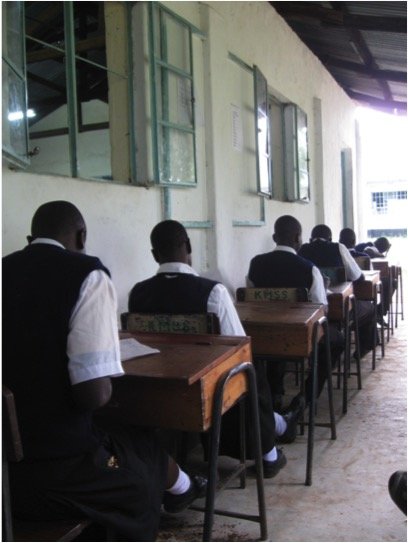 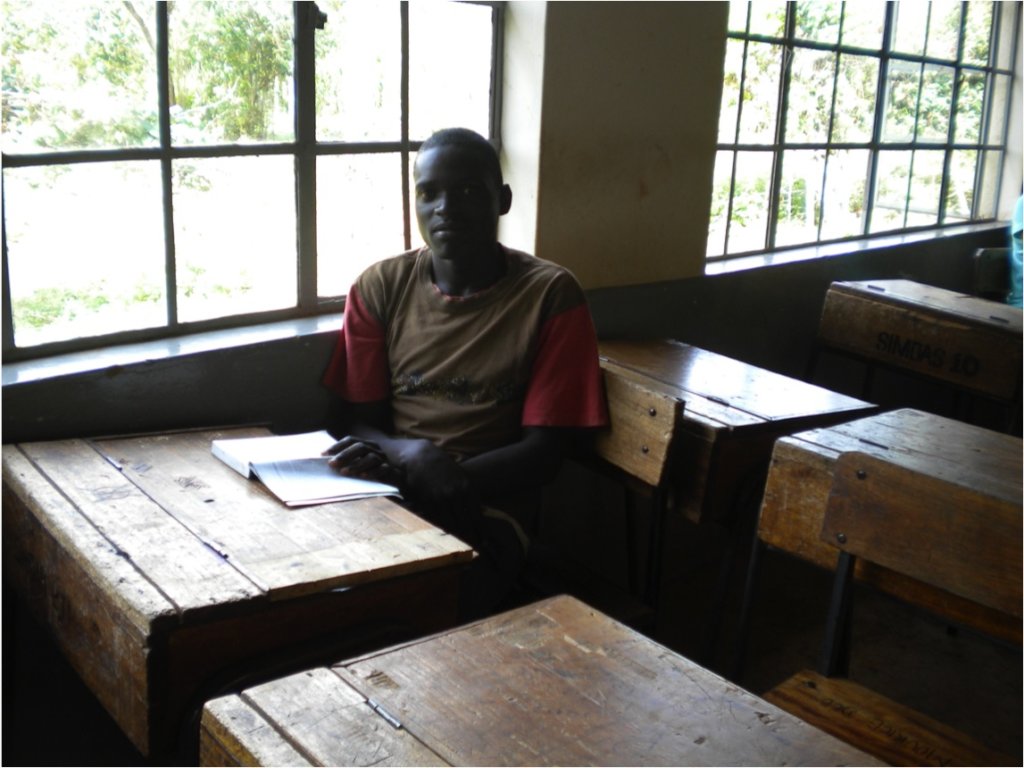 By George - MY LIFE 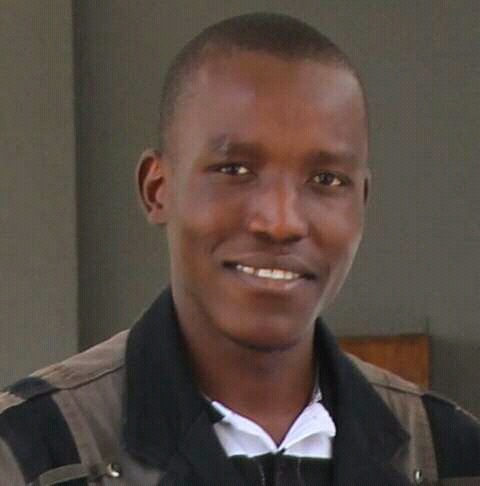 The impact of the Umoja project is evident with every child we touch. George has benefitted from many of the services the Umoja project provides: food, lamps, school supplies, uniforms, secondary tuition and post second support. The sentiments are best described below in George's own words.

I am George, born in a small village in Marera in the April 1994. Am the last borne in our family which was a family of nine there earlier, but second last borne daughter died at an early age and my father passed on while I was only one year old baby. So this left us a family of seven – two sisters and four brothers. Many would show me the picture of my late father but I couldn’t identify him, only to be informed later that that was my late father. This really pained me but I didn’t speak it out, it just sunk deep inside of me.

My mum remained a widow, still a young lady, with six children who need to be cared for. Children who need food, clothing and shelter, and yet another need – education, which at that time school fees was paid by parents in primary schools. This is a woman who had no job and here she is ‘two in one.’ The most basic need, food was far much more than a challenge. I recall at times we could go away to play during the times for meals, especially lunch, just to confuse the mind to be in a playing mode. This is the most difficult thing to do, one’s conscience is a real antagonizing factor. This family was in a great despair until the people whom everybody thought were poor started laughing at us.

I thank God, because our morals were well established. We never turned to be robbers nor were we thieves in the village even though the community branded us names since this was their expectation to us. My Mum, just by God’s grace, was suggested by the area Chief to go and assist in Marera Primary School – a public primary school which had just been started by the community nearby through Harambee (fundraisings) The pay was not that sustainable, but my strong Mum endured all but to stay in the environment caring for the young kids. My strong Mum matched through the mist of criticism in the community just to try her best display a meal to her dear six children.

Educating the children was another headache. School fees were required and each and every time my siblings were sent home for fees. The stationeries and uniforms were of high demand. Sandals, not even shoes, were luxuries by then. We could go on our naturally God-given soles. One A5 sized exercise book was cut symmetrically into two halves, and there you go with two books sufficient for two subjects! The rough dusty classroom floor which was our comfortable seat posed a great challenge to our shorts at the back. They were torn in such a way that your ‘siting allowance’ could be seen from the back, such an embarrassing moment for a teen. Hand-sewn patches of many colors were spotted on our uniforms which even distorted the original color of the school uniform. Amidst all these, life was to continue.

I call myself as one of the lucky ones even though not very lucky. Free primary education was introduced by the government in the year 2002 when I was in class two. But still there were some petty fees like tuition fees, activity fees, et cetera. This is that school which was just started by the community. There were few teachers, no desks and insufficient classrooms. In fact some classes we had under a certain huge tree in the school, and sometimes we had to share classrooms. Class two and three could be merged such that when one group have a lesson, the other keeps quiet.

In the year 2007, when I was in class Seven I happened to hear something like Umoja Project, a partnership program that supports needy children in the region. As much as it was a good news, I had to move towards it with keenness. Other humanitarian groups had come our way, in the past, just to learn later that they were imposters who in a masquerade shook off even the few coins remaining in this economically malnourished family. I realized the seriousness and genuineness of the project when its history hit my ears. The contributions to support the first lot of students, who were 25 in number, to join secondary school were facilitated by just three teen in Indiana; Callie, Net and Carolyn. This made me feel my value once more in life. The feeding program was introduced by the project in the school, and so I had my lunch comfortably in school. The Githeri dish (mixture of boiled maize and beans) has remained one of my favorite dishes ever.

I sat for my National examination, Kenya Certificate of Primary Education (KCPE) in the year 2008. A future had already been imprinted in my mind. A challenge of attaining 300 marks out of 500 was given to us by the project, but to myself it was no longer a challenge. This became to be real when I scored 351 marks out of 500. It was a history in the village and in the school too. I was the first student to score such a high marks in the first attempt of KCPE in the school and village as well. This was as a result of the motivation the project injected in me. It was joy to me, and this joy multiplied when the project facilitated my secondary school fees at Chulaimbo Secondary School, full uniforms including shoes, mathematical set of instruments and other requirements.

This was another family altogether, where guardians, project administrators and the director would meet us regularly praying with us, encouraging us and giving us hope for the next dawn. I felt cared for and this gave me a lot of inspiration in life, education inclusive. Nothing else could bare me from moving forward. I was a day scholar in the first two years in high school and this increased my motivation in education. I could wake up early at dawn with my small paraffin tin lamp to study so that I may equalize myself with my fellow class members on bright electric bulbs at school. I studied well, but to my surprise my fellows on the bright bulbs seated on comfortable chairs resting their arms on well sized lockers were constantly dosing and not studying. This gave me a step ahead when I appeared among the best top five students overall ranking in the first exams we sat for. I had beaten over one hundred students, most of which, had higher marks than myself in the KCPE. I saw myself a victor!

The top three students and the best per subject were motivated in the school by awarding them the Canteen Vouchers. The good performance was giving me even something to munch during the tea breaks after looking for sugar and cocoa or drinking chocolate from my fellow friends who were boarders. All these situations were motivation to myself reminding me, “George, it’s gonna be well just continue in the race!” I collected myself in all sphere of my life and focused on my education. In my Secondary National Examination, Kenya Certificate of Secondary Education (KCSE) I managed to score Grade A (plain) of 81 points out of 84. I did the examination honestly and with determination.

This made me land in the University of Nairobi, College of Health Sciences studying Bachelor of Science in Medical Laboratory Science and Technology. The best University in the Eastern and Central Africa. From the village, going to school barefooted putting on multicolored uniforms and walking to and from school for ten years, to the premium University in the region! The project has remained faithful even in the university. I too pledge my loyalty: Am in the journey of making transformation in the society by creating smiles on the vulnerable sad faces and ensuring that God’s purpose in their lives is met.

My sincere gratitude goes to the Almighty God for using the Umoja Project to impact my life this far. Am thankful for all the individuals, including the late mum Ellen Daniels Howell; the founder of the GIP Program, together with the guardians participating in the project. May our good LORD bless you all! God bless you, God bless Global Interfaith Partnership! Amen. 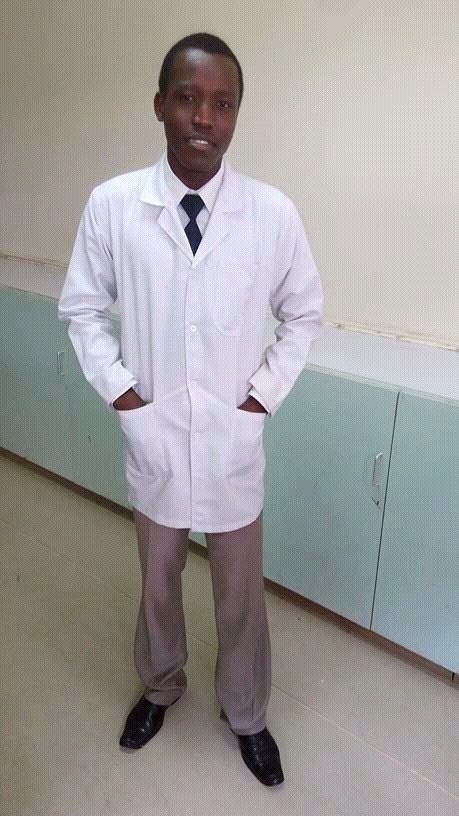 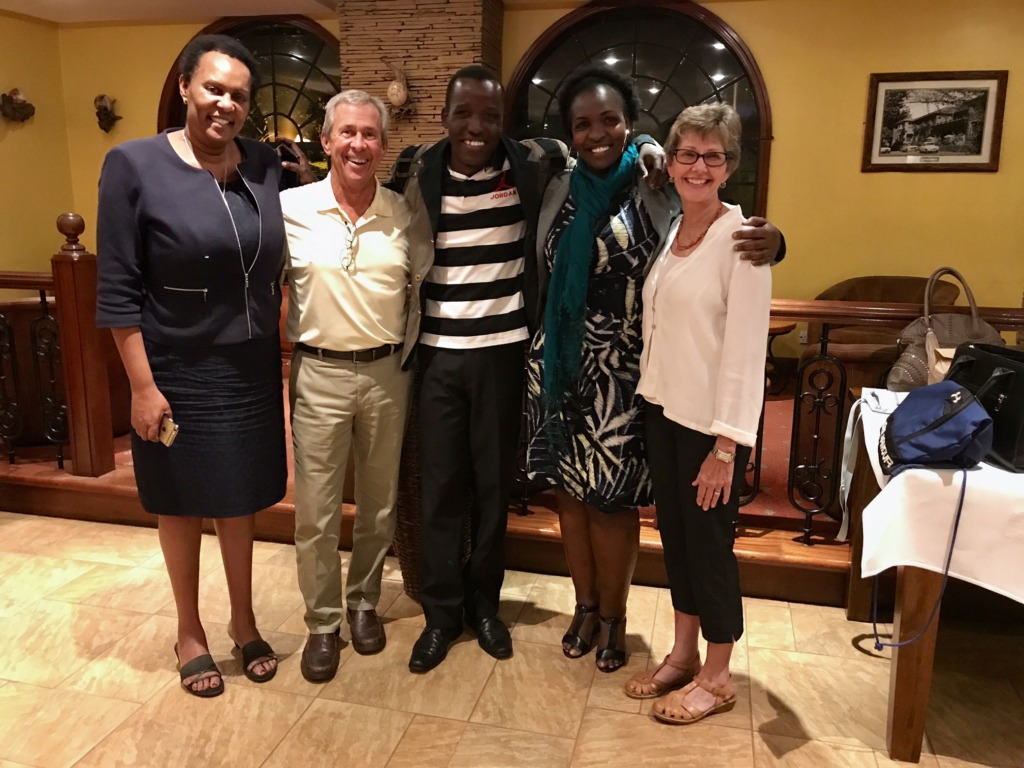 George with the Jim and Pam Lemons

« Previous - "They graduated!"
"Healing my wounded heart" - Next »
Comments: