Helping those Injured to Find Their Strength 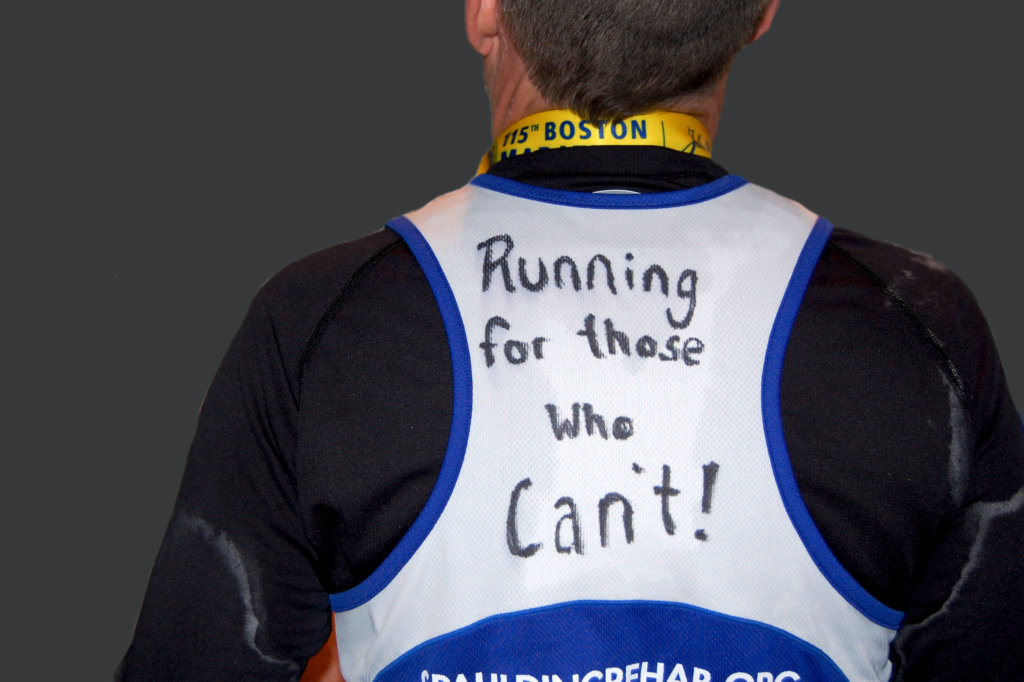 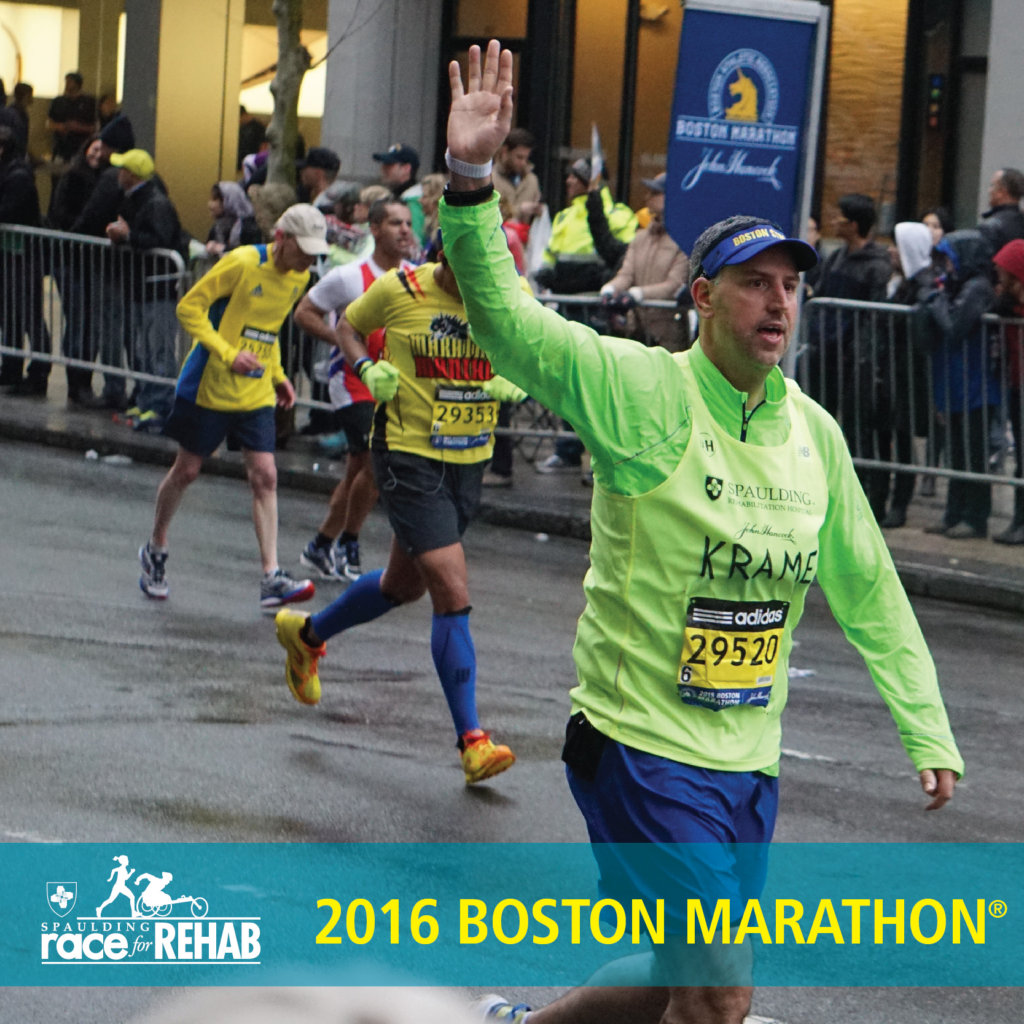 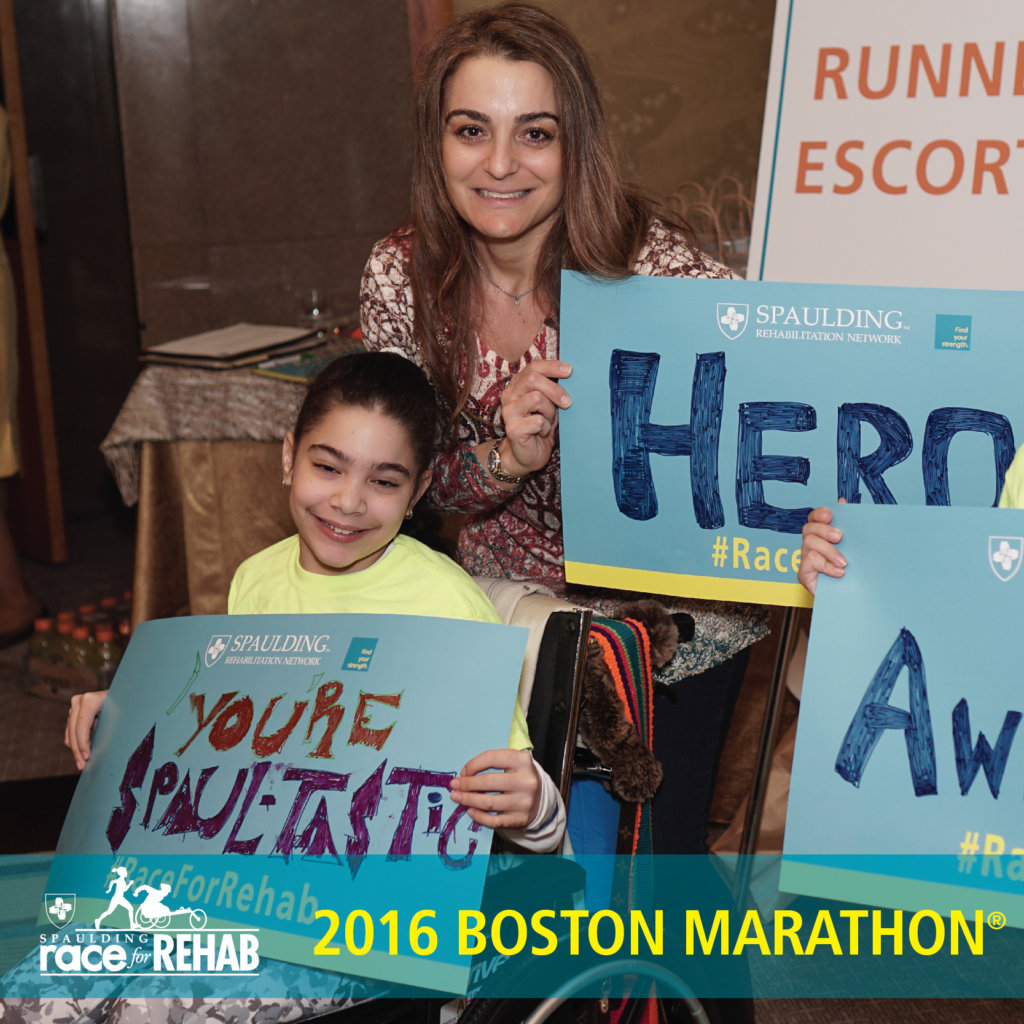 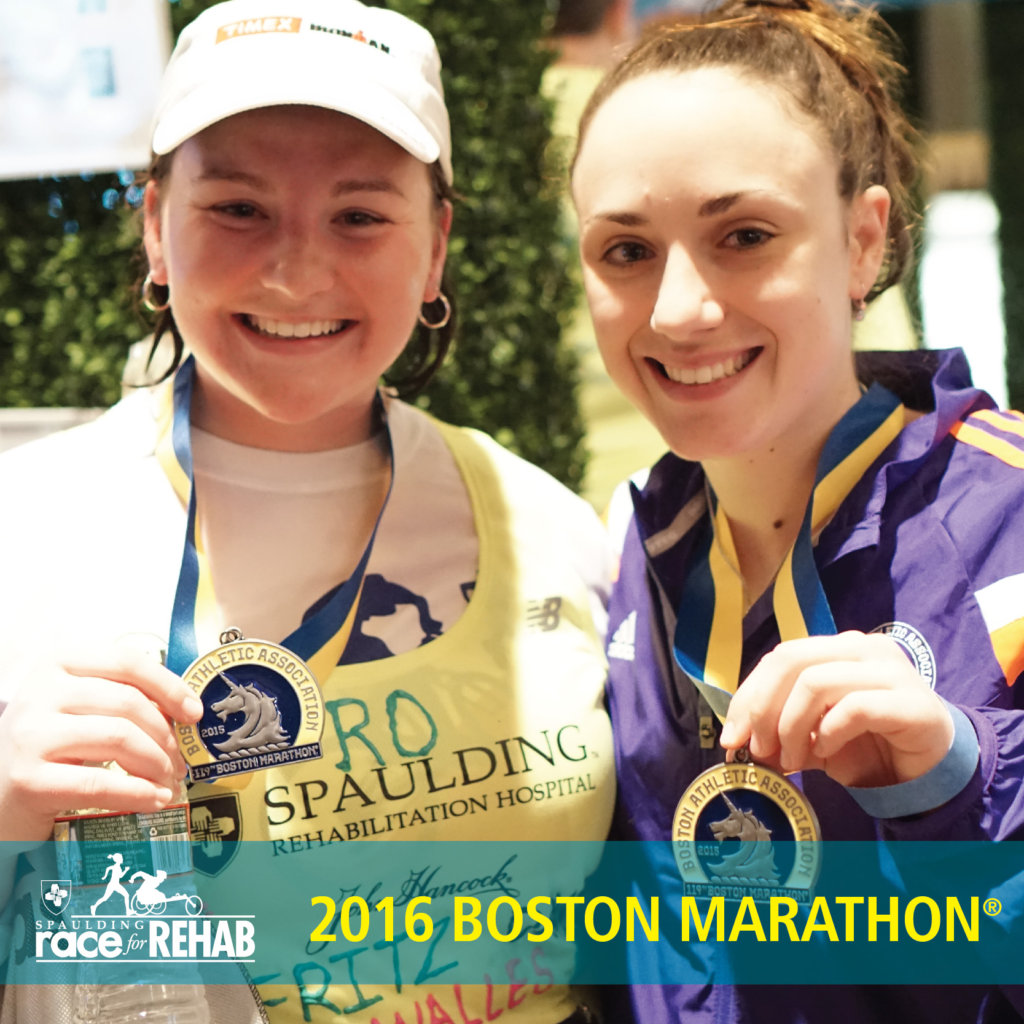 From Cancer to a 5K 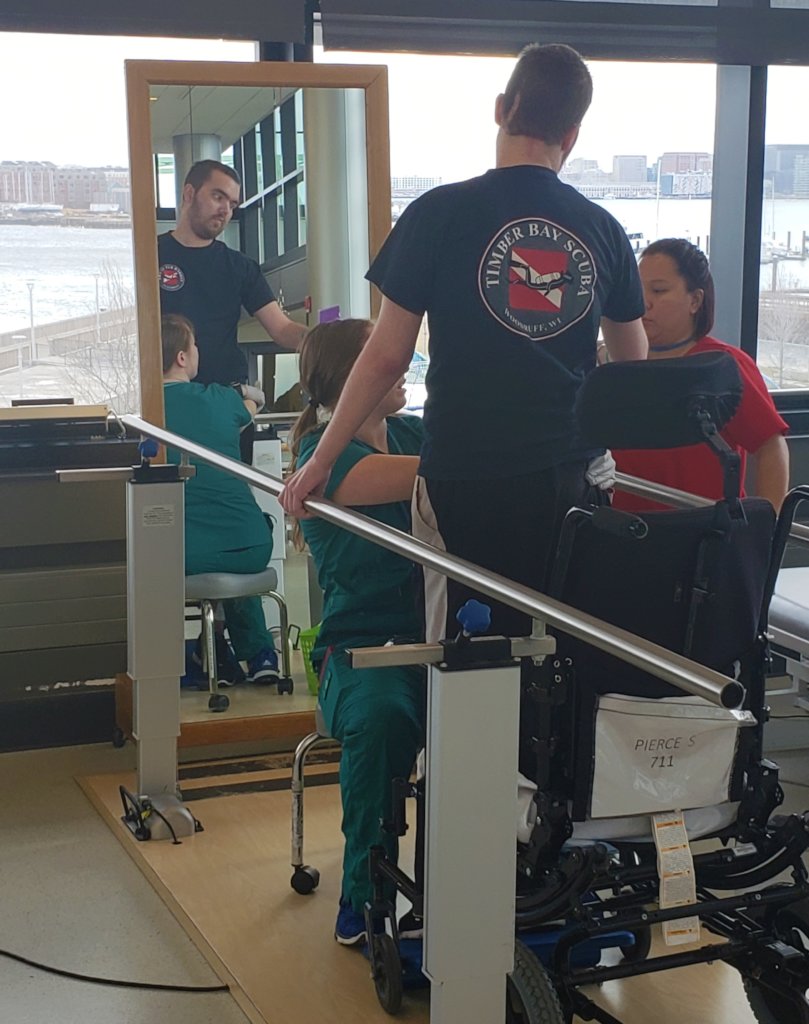 Who was by your side when you achieved a major goal?

For Pierce, it was his Spaulding physical therapist Eric, who ran with Pierce as he completed a 5K race in his hometown of Pembroke, MA. It was an important milestone for 25-year-old Pierce, who had lost all ability to move, speak, or eat just two years before.

Our donor community was with Pierce, too. Gifts to Spaulding provide resources and support to help patients like Pierce achieve their goals.

In 2018, just after Pierce graduated college with a mechanical engineering degree, a severe headache uncovered an extremely rare, cancerous tumor at his brain stem. He spent the next eight months in hospitals, including Spaulding Cambridge and Boston, undergoing multiple brain surgeries and chemotherapy. Pierce was determined to get better. He relearned to walk. He went home.

And then the cancer came back.

Suddenly, Pierce had a new goal: get strong enough to receive a life-saving bone marrow transplant and subsequent proton radiation. He achieved that critical milestone with the help of his Spaulding outpatient therapy team and then began the work to get back to his pre-cancer activities.

“In addition to running a 5K, I had a goal to return to snowboarding,” says Pierce. “Eric guided me through strength and balance exercises to prepare me for snowboarding with Spaulding Adaptive Sports. I wouldn’t have been able to reach these goals without the Spaulding network.” He earned the nickname “Positive, Progressive Pierce” and dubbed his therapist “Encouraging, Enthusiastic Eric.”

Pierce laughs as he says that his 5K run “wasn’t as fast as my race times in high school,” but he reflects that, “Ultimately, I won my own race.” He’s already hard at work on his next milestone—reviewing his college material on mechanical engineering and preparing to start his career. Even after a challenging year, Pierce has a lot to celebrate. 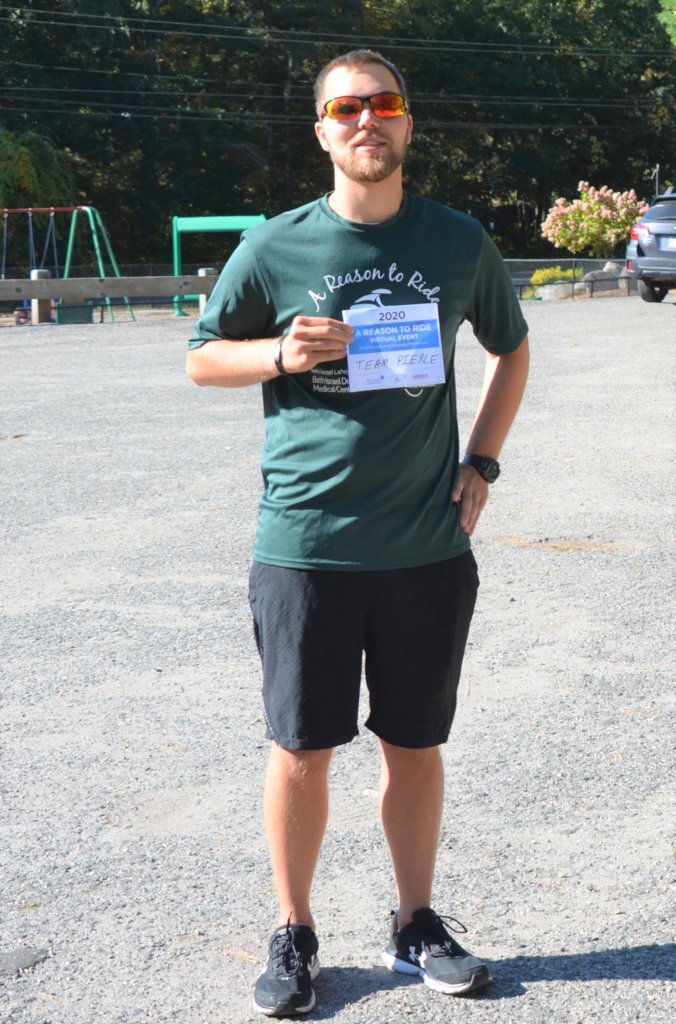 Donating through GlobalGiving is safe, secure, and easy with many payment options to choose from. View other ways to donate
Spaulding Rehabilitation Hospital has earned this recognition on GlobalGiving:

GlobalGiving
Guarantee
Donate https://www.globalgiving.org/dy/cart/view/gg.html?cmd=addItem&projid=22697&rf=microdata&frequency=ONCE&amount=25
Please Note
WARNING: Javascript is currently disabled or is not available in your browser. GlobalGiving makes extensive use of Javascript and will not function properly with Javascript disabled. Please enable Javascript and refresh this page.