Reaksa and her promising future. 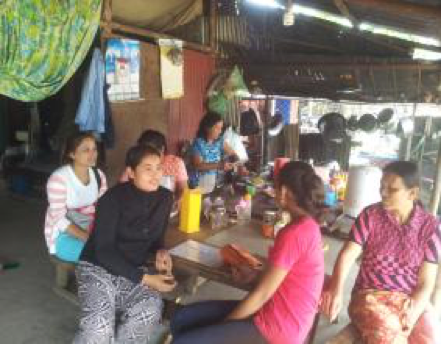 Counselor accompanies a survivor for a home visit.

The following is a story about Reaksa's survival and her efforts to create a better life:

Reaksa*, aged 15 was born in Pursat province. Due to family poverty her family moved to Banteay Meanchey in 2014. Her father has since passed away and her mother at age 45 is unemployed. She is the fifth of six children. Reaska stayed in school up to the third grade.

On the 28th of September 2014, Reaksa was drugged by her rapist who secretly put medicine in her food. She was sleepy immediately after eating and was then sexually assaulted. When she awoke she was naked and very frightened. On the 3rd of October 2014, Reasksa told her mother about the incident and her mother accompanied her to file a complaint against the rapist with the district police on the 6th of October 2014.

On the 17th of October 2014, her mother accompanied her to ask for legal and social support services from CWCC including temporary residence at the shelter. At the shelter, she received good care from the counselors and shelter staff. There, she received accommodation, meals, clothing, necessary materials for girls, counseling, health care, and legal counseling and representation. After a few months Reaksa felt warmth and relief.

During her stay at the shelter, Reaksa, her mother and the reintegration staff discussed about a possible business for Reaksa and her family. Her family is very poor and have all been living in one room that they rent. After the reintegration took place, Reaksa and her family came up with an idea of requesting a small business grant to buy a pulling cart to start a business at the Poipet international border.

The reintegration staff helped Reaksa and her family to develop a small business grant and it was then approved by CWCC. With the amount of $400 US dollars, a small grant was disbursed to her on the 25th of February 2015. Reaksa and her family can now buy a big pulling cart which they could earn between 200 to 300 Thai baht per day. With this earning, they could survive for their daily consumptions and room rental.

The Reintegration program has followed up three times since June 2015. The reintegration staff will continue to follow up to see her and her families progress.

Reaksa’s*  real name is hidden to protect her privacy in according to child protection policy of CWCC. 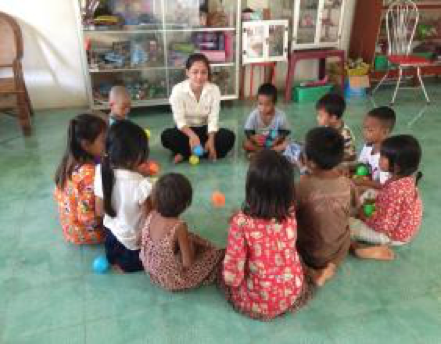 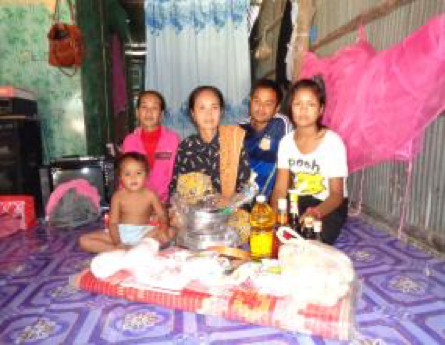