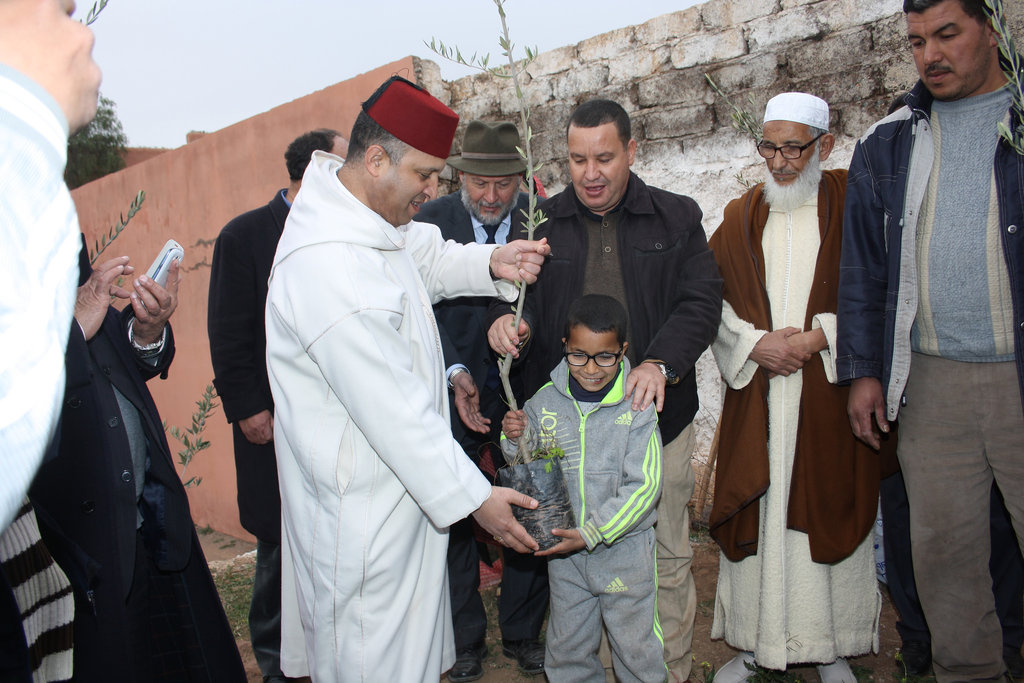 The governor, Hon. Mr. Bathaoui, at the planting.

Monday, February 9th, 2015 saw the start of a nation-wide intercultural organic agriculture initiative as the honorable Governor of Al Haouz, Mr. Younès Al Bathaoui, presided over a very special fruit tree distribution and planting ceremony at a sacred Jewish site. Around 150 guests - members of the local Muslim farming community and representatives of the Jewish community residing in Marrakesh – attended the event.

As part of the High Atlas Foundation’s ‘One Billion Tree Campaign’, 30,000 seeds and saplings were planted and the same number of two-year-old trees – olive, fig, pomegranate and lemon – are set to be distributed to local farmers. The trees have been raised at Aikrich, just south of Marrakesh, at the community nursery established by the foundation on land lent by the Jewish community of Marrakesh-Essaouira. The nursery is adjacent to the tomb of Rabbi Raphael Hacohen, one of several hundred sacred Jewish sites located throughout Morocco.

Including the above mentioned nursery in Aikrich, the High Atlas Foundation continues to operate tree nurseries on five plots of land surrounding Jewish cultural sites and donated by the Jewish community in Tensift-Al Haouz and Azilal provinces. These organic nurseries not only help Moroccan farmers break the cycle of poverty, but also contribute to understanding and multicultural dialogue.

During the event on February 9th, the proposed extension of this scheme across the entire Kingdom was announced, paving the way for locally-managed organic fruit tree nurseries to be developed at several hundred Jewish cultural sites for the benefit of disadvantaged Muslim farming communities. The High Atlas Foundation welcomes your participation and collaboration to develop this project further across Morocco, for the benefit of Moroccan farming families today and to help enhance the rich cultural heritage of the whole nation in the future. 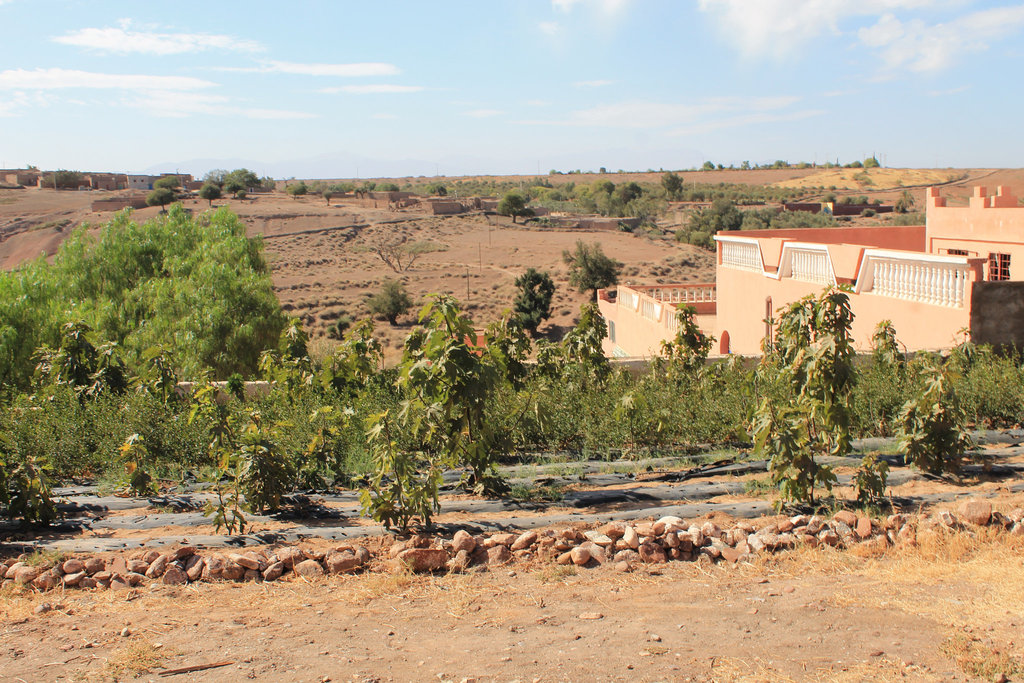