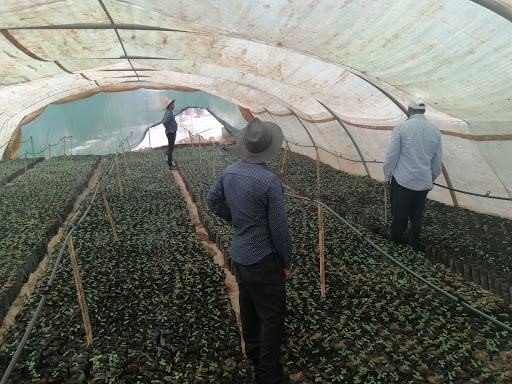 HAF Project Manager Said, Driver Abdelghani, and volunteer Youssef, all visited the Tadmamt and Akrich nurseries on June 3, 2021, to start off an insightful visit and viewing of the communities. The first stop was in Tadmamt, where they met assistant nursery caretaker Abdeltif, who walked them around the nursery and checked on the saplings and the seeds. They observed that since the last visit to the nursery, progress has been made, but there is still more to be done in choosing the best seeds and installing the irrigation system.

The challenge they examined at the nursery then is that the weeds grow very quickly since the saplings are frequently watered. The caretaking team, including nursery caretaker Si Omar, increased their work time in order to keep up with weeding while simultaneously preparing the almond and cherry saplings for grafting. In utilizing a teamwork approach, weeding should only take one week of dedicated work. Another two or more days are needed to prepare the grafting of the almond and cherry saplings. Hopefully, if the almond saplings grow efficiently enough, they will only take four weeks, and the cherry only two.

Additionally, the water storage system was full. Alhamdulillah, this year there is enough water for the nursery. Two more people will be hired to remove the dirt and plants that grow in the storage container so that the irrigation system will be filled with clean water and its space for water storage optimized. For the irrigation, more valves must be added at the main pipelines to control and distribute the pressure for each part of the nursery equally since work is being done on the terraces.

That same afternoon, the team also met with Akrich nursery caretaker Abderrahim to monitor the nursery together. Abderrahim is giving great attention to the carob saplings every day, and next year, 30,000 carob saplings may be distributed from this nursery. Abderrahim is very happy with the solar water pumping system at the nursery that was donated by FENELEC, and he informed us that the local communities of and around Akrich are learning the importance and the advantages of the solar system when they visit the Akrich nursery. Abderrahim enjoys explaining its function at the nursery. What is encouraging is that the local people are eager to learn more about how solar energy can help to pump their drinking water.

The Akrich nursery was the first of HAF’s “House of Life” interfaith nurseries, beginning as a pilot project in 2012 and built adjacent to the seven-hundred-year-old tomb of Rabbi Raphael Hacohen. Its success influenced the establishment of a second such nursery in Imerdal, near Ouarzazate, which overlooks the 1,000-year-old burial place of the Moroccan Jewish saint Rabbi David and was built at the direction of His Majesty King Mohammed VI of Morocco with funding from the National Initiative for Human Development (INDH). 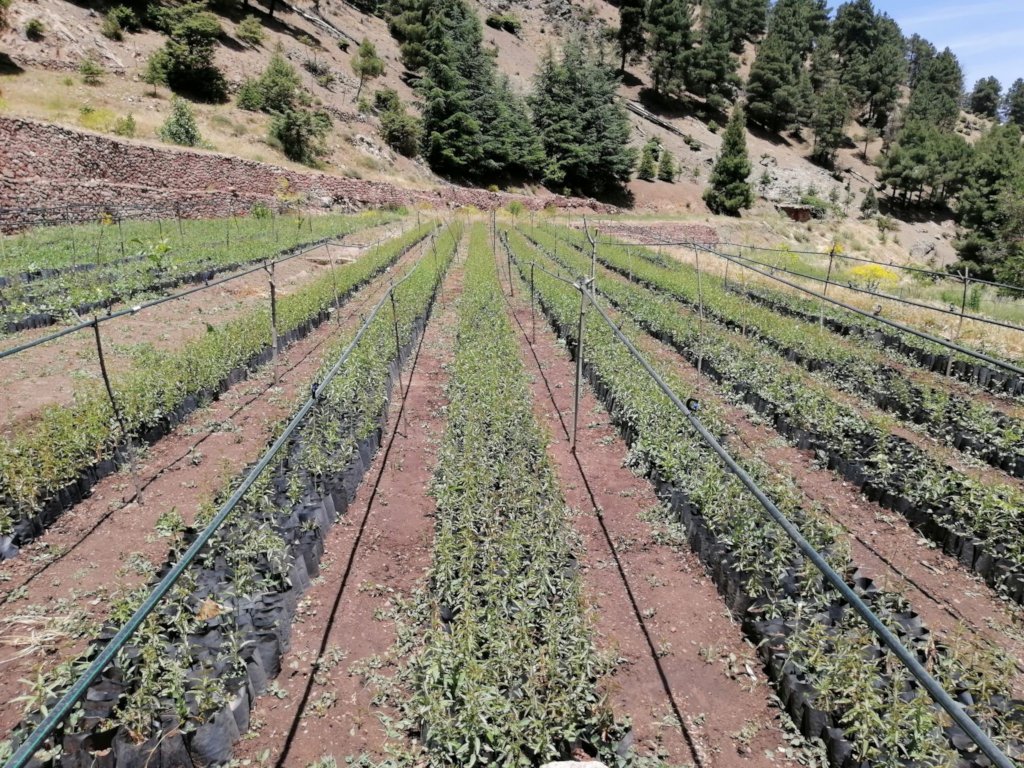