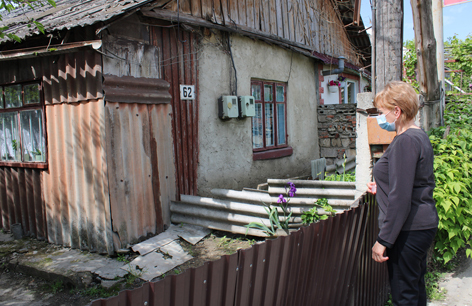 Lidia’s daily rounds of Directly Observed Therapy (DOT) to tuberculosis (TB) patients take her from a patient’s house to a patient living on the street to a patient in the hospital. Lidia is a nursing assistant at the TB dispensary in Balti and a treatment supporter, called moderator, for Speranta Terrei. She prepares a separate bag of each patient’s drug regimen before setting out every morning to give community-based DOT.

Arriving at Natalia’s house on the outskirts of Balti, Lidia waits for her to put on a mask and come into her front garden. Natalia is in her mid-30s and likely contracted multi-drug resistant TB (MDR-TB) through contact with a relative who had it. Lidia says that Natalia exudes kindness and gratitude and says, “thank you for bringing me TB medicine, I live so far away and worry I will get Covid if I go out”.  Lidia reassures her Speranta Terrei plans to continue home treatment support until the end of Natalia’s two-year treatment in October.

Gavriil is homeless and Lidia finds him in the area where he stays on the street. A friend of his was screened for TB and he recognized his own symptoms of fever and blood in sputum and went to the TB dispensary. When the test confirmed drug-susceptible TB, Speranta Terrei arranged for Lidia to give him DOT and for Viorica to assist him to complete applications for social assistance and a residency permit. Without the residency permit required of all Moldovans, he cannot apply for a job or a national insurance card.

After administering Gavriil’s drug regimen, Lidia heads to Liubovi’s apartment to give her her MDR-TB drug regimen. As Lidia leaves, Liubovi’s words to her are, “I wish for Lidia and all Speranta Terrei’s moderators to stay healthy because they are our only hope.”

Lidia ends her daily rounds at the psychiatric ward of Republican Hospital Balti to pass along Ruslan’s (not pictured) drug regimen to the ward nurse, Alena. Ruslan suffers bouts of psychiatric instability and is hospitalized periodically to receive rehabilitation therapy. Because he remains under the TB dispensary’s supervision for TB treatment, the hospital depends on the dispensary to bring TB drugs for him. Lidia reviews Ruslan’s drug regimen with Alena, who will administer the drugs and report back to Lidia on side-effects and Ruslan’s questions.

Thanks to you, our GlobalGiving donors, Speranta Terrei sends 9 capable moderators for daily rounds of DOT and commits to continuing support to TB patients for the duration of TB treatment. 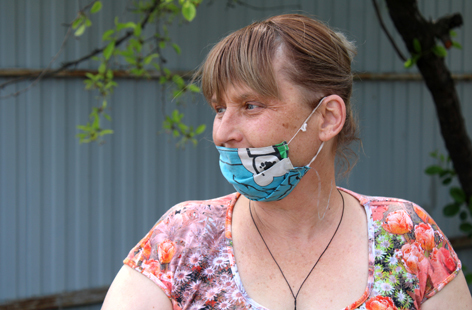 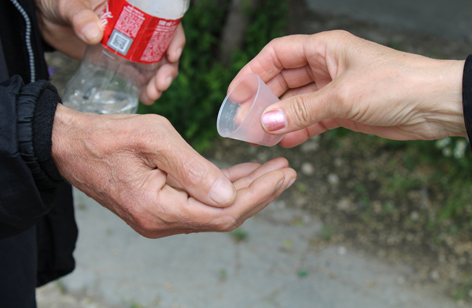 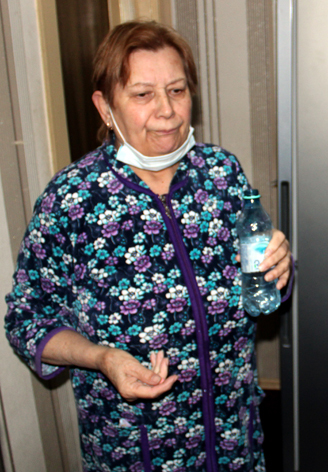 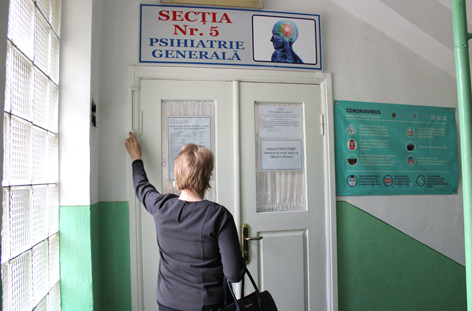 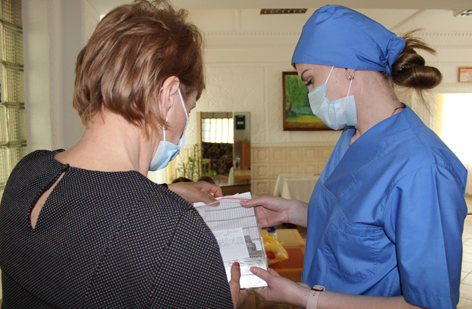 « Previous - "Screening the Vulnerable ..."
"Warm Clothes for Winter" - Next »
Comments:

Project Leader:
Feodora Rodiucova
Balti, Moldova, Republic of
$145,933 raised of $180,000 goal
You last donated to this project on
706 donations
$34,067 to go
* Amounts in US Dollars
Donate Now
Donate once
Donate monthly
$39
USD
pays for residency permits for 3 patients
›
$65
USD
pays for 1 month allowance for a treatment supporter
›
$85
USD
provides 1 month's services of a patient coordinator
›
$100
USD
provides psychological or legal counseling for 8 patients
›
$250
USD
can pay for 1 month of utilities at the community center
›
$900
USD
can pay for renovation of 1 square meter of the community center
›