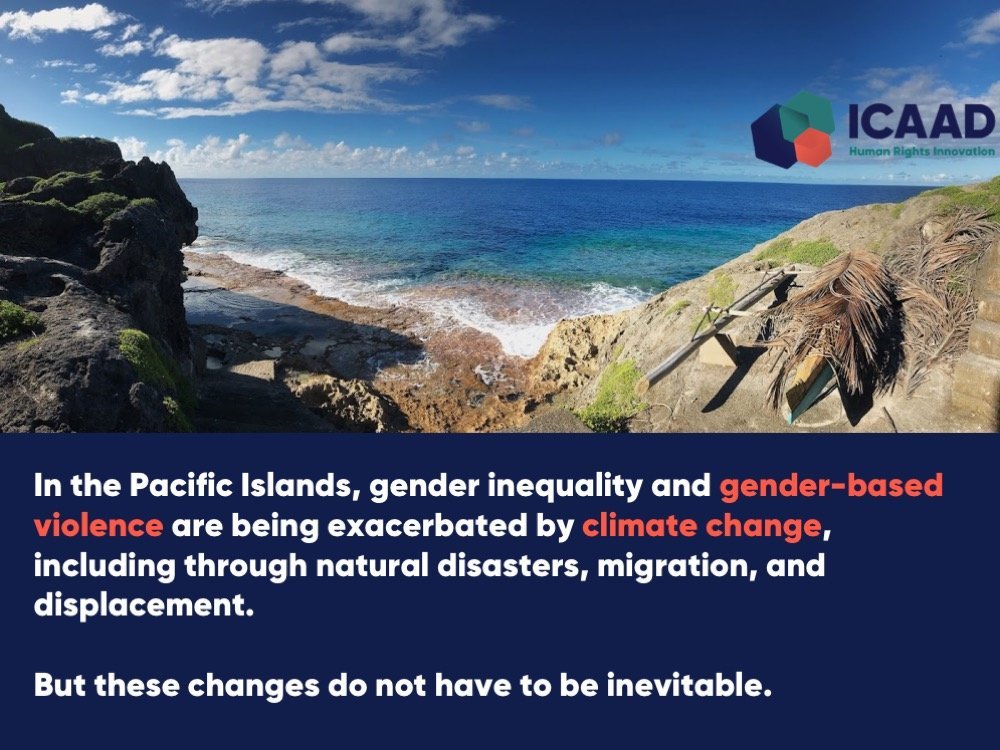 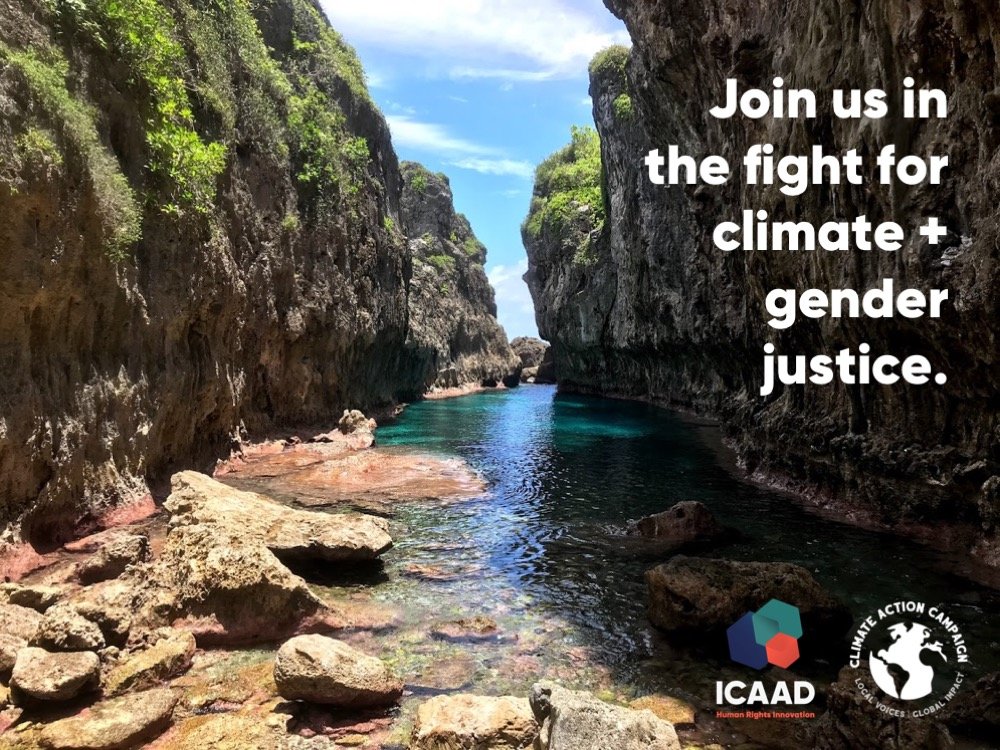 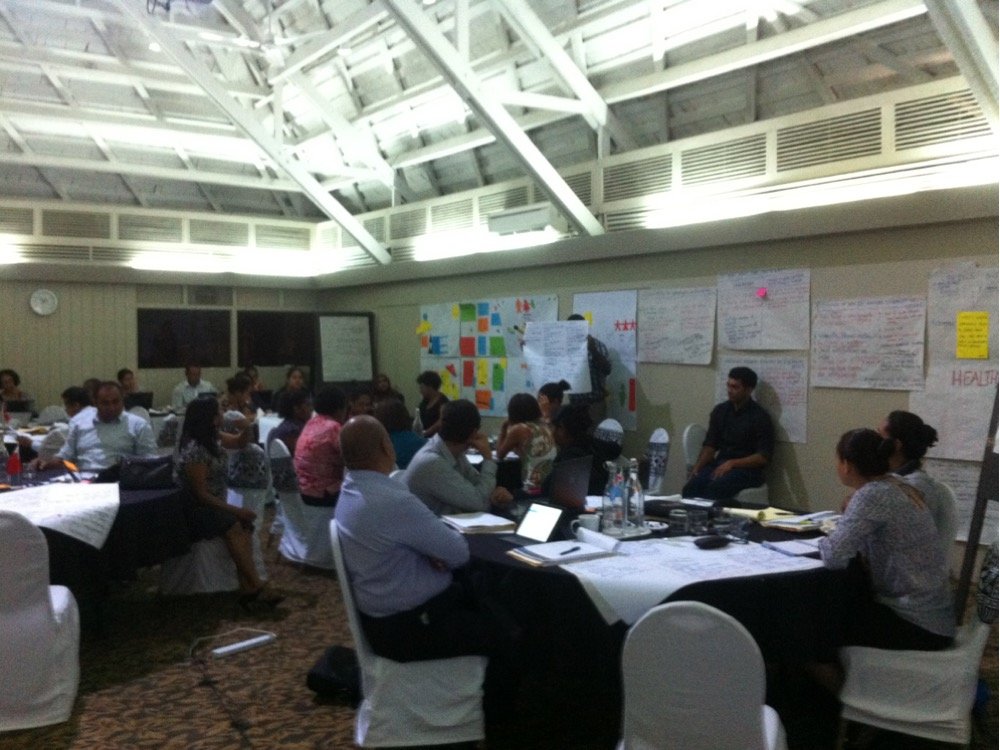 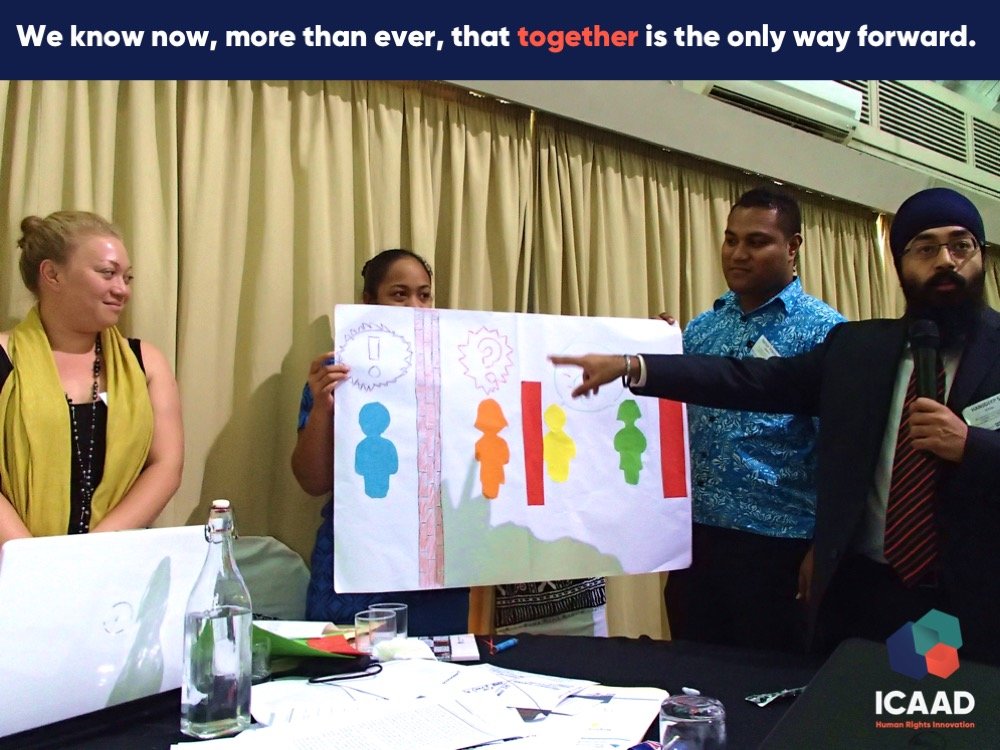 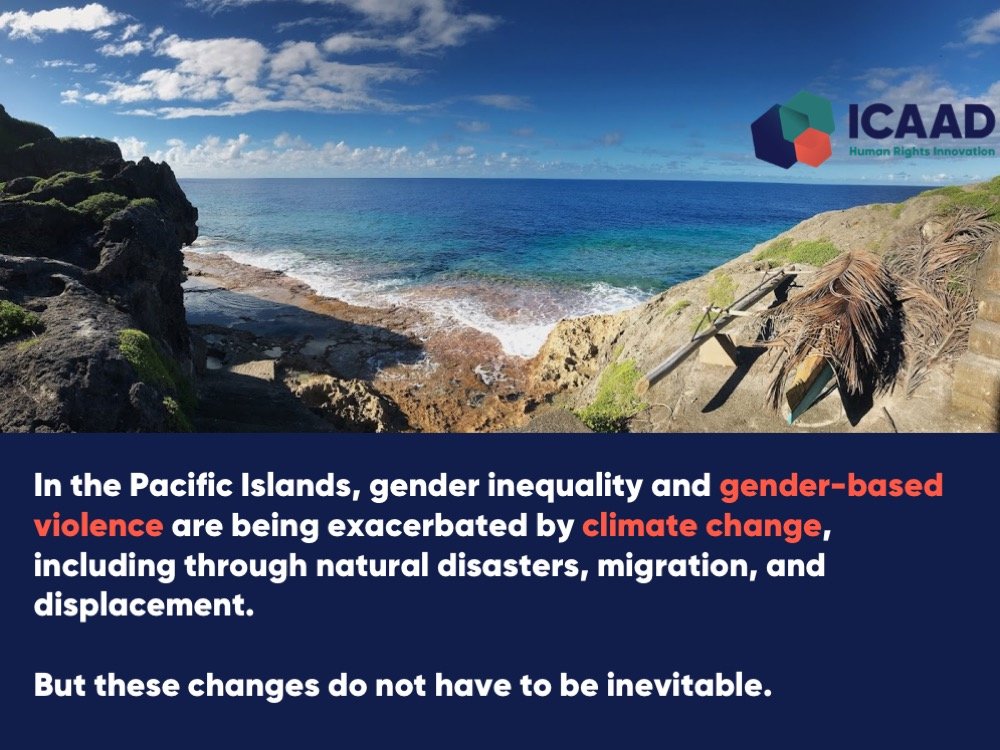 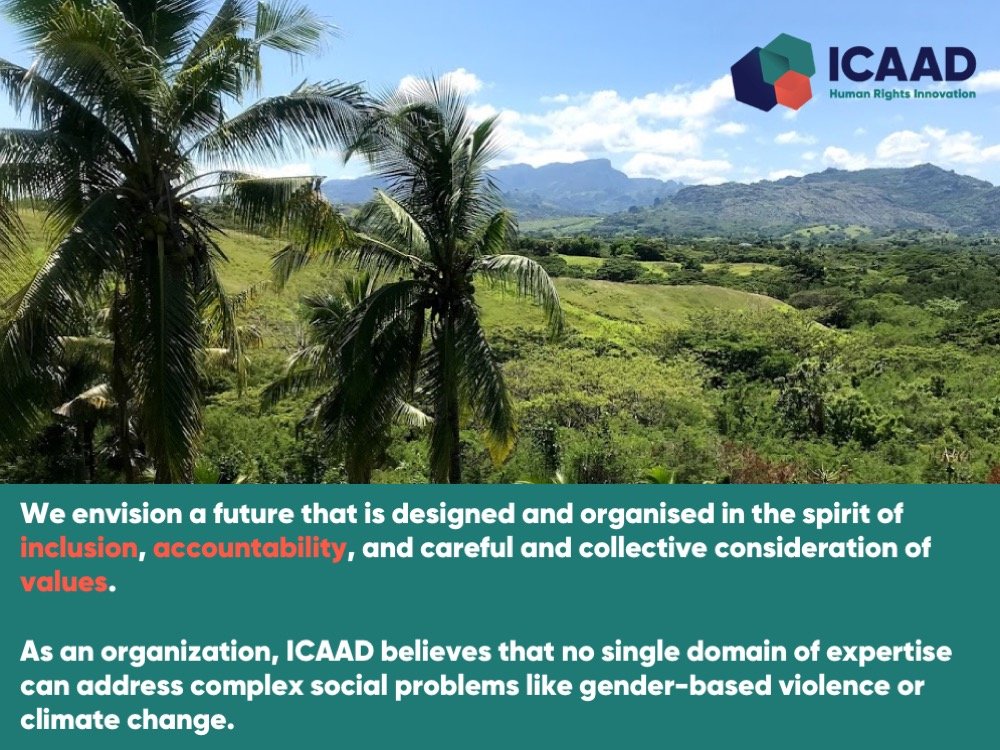 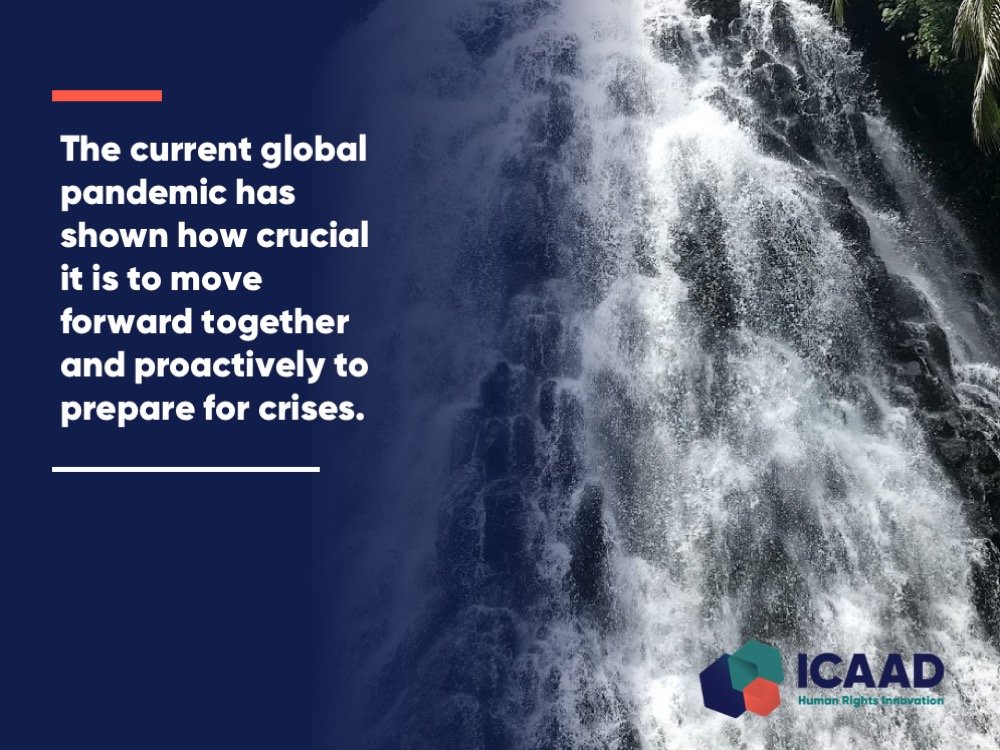 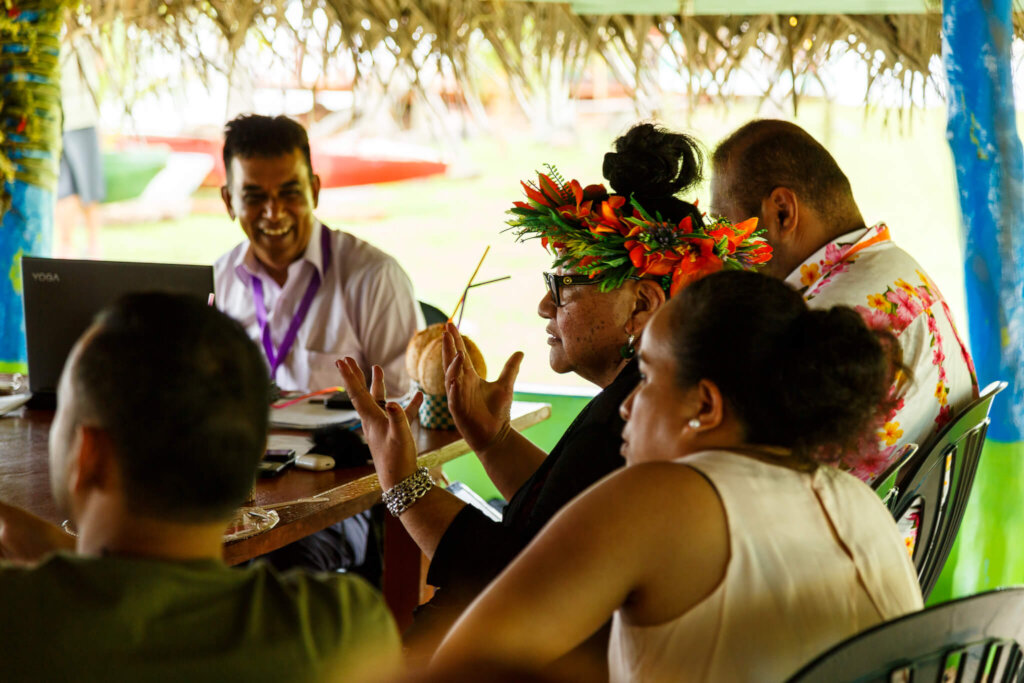 On October 19, ICAAD joined the group of powerful Pacific civil society advocates to sign the historic Kioa Climate Emergency Declaration. Unlike similar declarations, delegations gathered together in one of the communities on the frontlines of the climate emergency, Kioa Island. Ten miles from Rabi Island, where Banabans were forcibly relocated in 1945, Kioa was purchased by Tuvaluans from the island of Vaitipu in 1947. As opposed to holding high level dialogue overseas, the Declaration brought the conversation to the community: in the village hall, evacuation center, and into the very homes of Kioans.

Over three days of deliberation, ICAAD assisted in the drafting of the Declaration which features the demands most pressing for frontline communities in the Pacific, including:

Delegates from displaced communities including Rabi, Kioa, Cogea, and the Torres Strait Islands spoke of displacement and the need for “migration with dignity to be protected by law and promoted in policy.” For ICAAD’s Right to Life with Dignity project, the Declaration brings a sense of urgency to expanding legal protections at the international level. With the Rabi delegation, ICAAD’s Erin Thomas presented on the project as well as the continued work on Rabi.

COP27 and the Power of Collective Action

The Kioa Climate Emergency Declaration will be taken to COP27 in Egypt this November, to bring the demands from the frontlines to the international platform. Lawrence Nikotemo, Kioa Council Chairman, shared: “We now realize that we are not alone in this fight. After 75 years of being in Kioa, our commitments and strengths continue to grow because we know what it feels like to start with nothing in the land we now call home. The journey was not easy but today we have seen the fruit of our commitments. Our tears of resilience have brought us this far, political will and strong collective actions are needed to reverse the climate crisis. We have faith in the work of young people taking our stories to COP. This is a historic day for our people.” 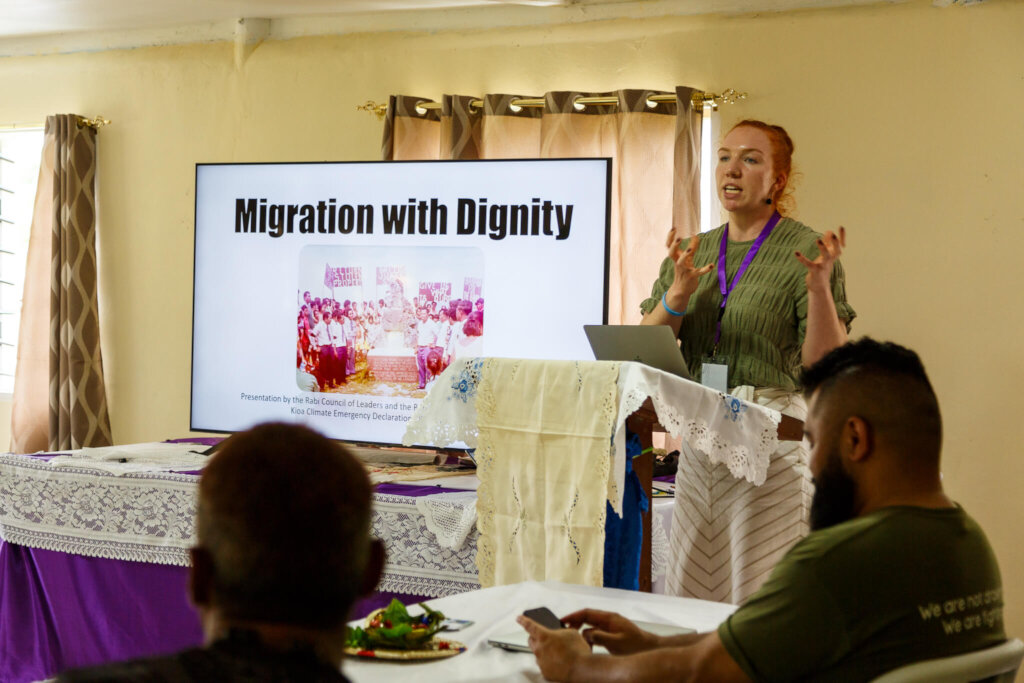 Project Leader:
Hansdeep Singh
Co-Founder, Director of Legal Programmes
Chappaqua, NY United States
$20,714 raised of $75,000 goal
You last donated to this project on
66 donations
$54,286 to go
* Amounts in US Dollars
Donate Now
Donate once
Donate monthly
$25
USD
Supports creation of a climate justice activism training toolkit for youth leaders in Micronesia.
›
$50
USD
Supports stakeholder surveys and virtual co-design of interventions with stakeholders.
›
$100
USD
Helps publish and disseminate a white paper on the latest data and research.
›
$250
USD
Supports translation services to connect with Pacific stakeholders.
›
$500
USD
Helps collaborators meet and present findings to government representatives.
›
$1,000
USD
Supports collaboration with Pacific stakeholders to develop best practices and resources for those who move to New Zealand.
›
$2,000
USD
Provides a micro-grant for a youth climate activist to lead an advocacy project in Micronesia.
›

Make a monthly donation & get matched today at 100% while funds remain. Terms and conditions apply.
Give the gift of stability in a time of instability. Set up an automatic, monthly gift now and get matched at 100%—because the COVID-19 pandemic has hurt us all, and it will take all of us to overcome it. Terms and conditions apply.
Monthly giving is as easy, safe, and as inexpensive as a Netflix subscription. Start a monthly donation to International Center for Advocates Against Discrimination (ICAAD) today and get matched at 100%. Terms and conditions apply.
$25
USD
monthly
Supports creation of a climate justice activism training toolkit for youth leaders in Micronesia.
›
$50
USD
monthly
Supports stakeholder surveys and virtual co-design of interventions with stakeholders.
›
$100
USD
monthly
Helps publish and disseminate a white paper on the latest data and research.
›
$250
USD
monthly
Supports translation services to connect with Pacific stakeholders.
›
$500
USD
monthly
Helps collaborators meet and present findings to government representatives.
›
$1,000
USD
monthly
Supports collaboration with Pacific stakeholders to develop best practices and resources for those who move to New Zealand.
›
$2,000
USD
monthly
Provides a micro-grant for a youth climate activist to lead an advocacy project in Micronesia.
›

GlobalGiving
Guarantee
Donate https://www.globalgiving.org/dy/cart/view/gg.html?cmd=addItem&projid=46197&rf=microdata&frequency=ONCE&amount=25
Please Note
WARNING: Javascript is currently disabled or is not available in your browser. GlobalGiving makes extensive use of Javascript and will not function properly with Javascript disabled. Please enable Javascript and refresh this page.