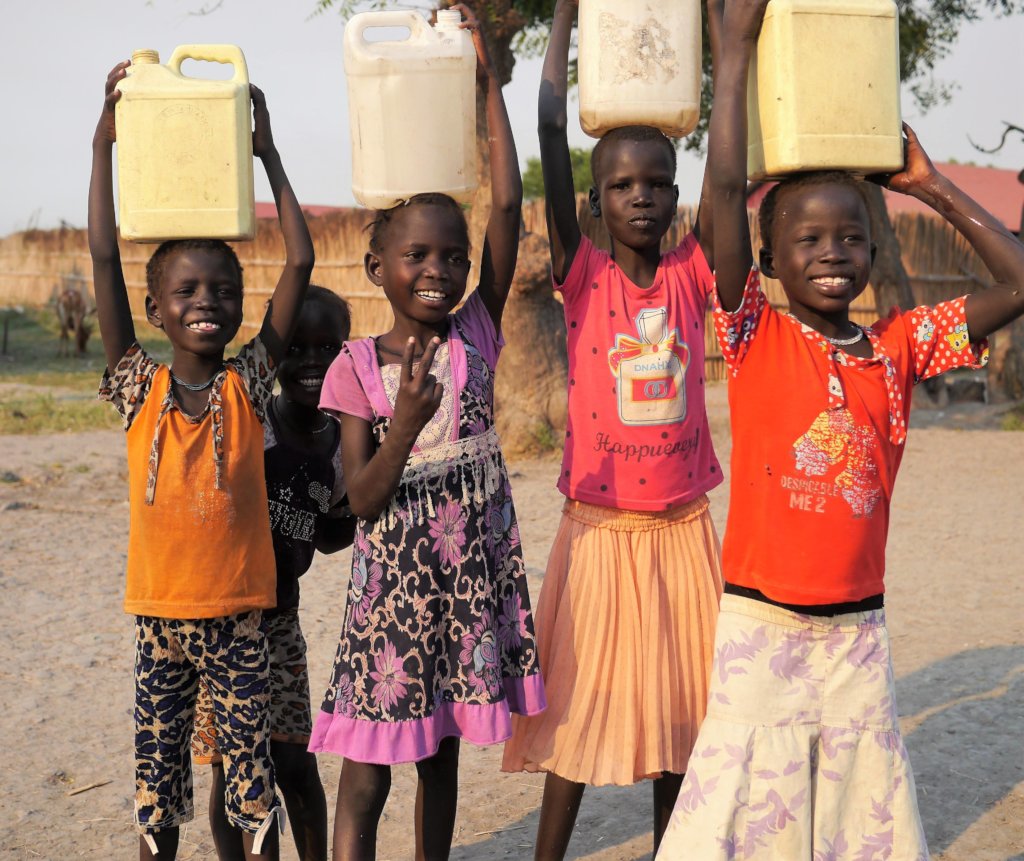 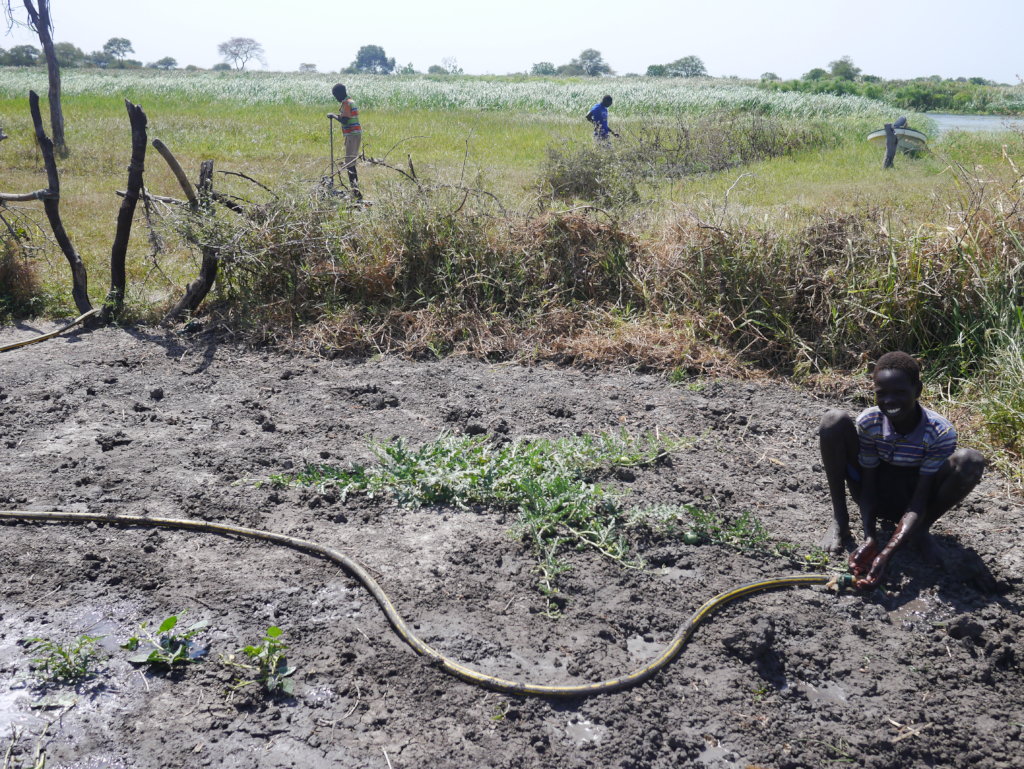 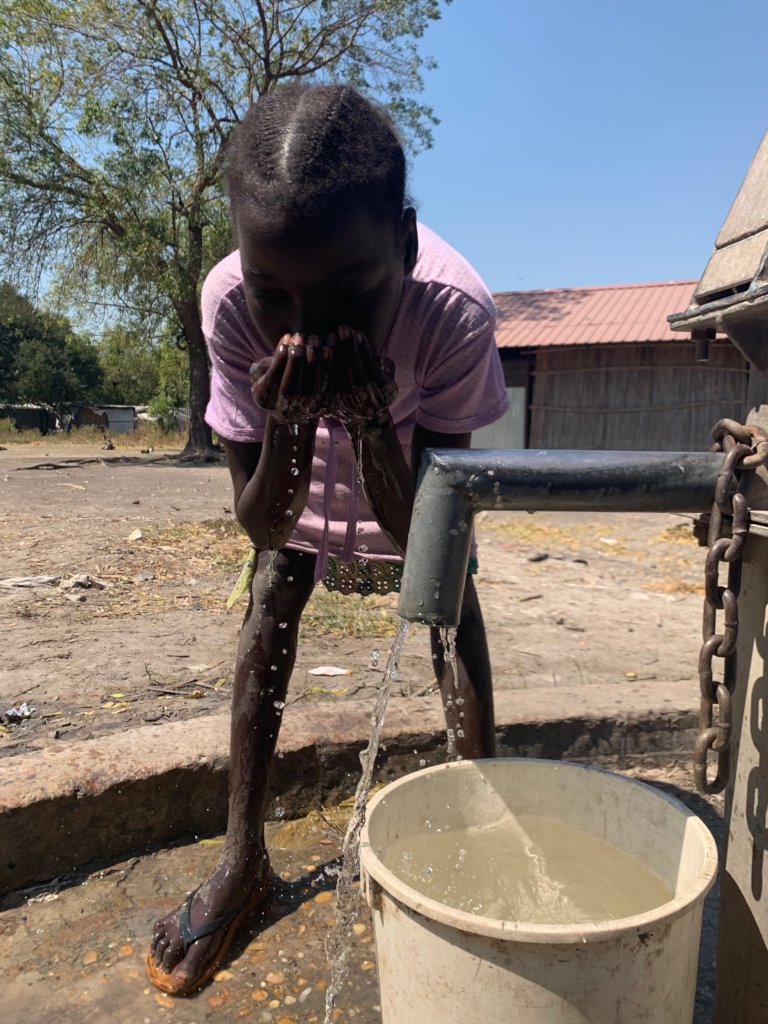 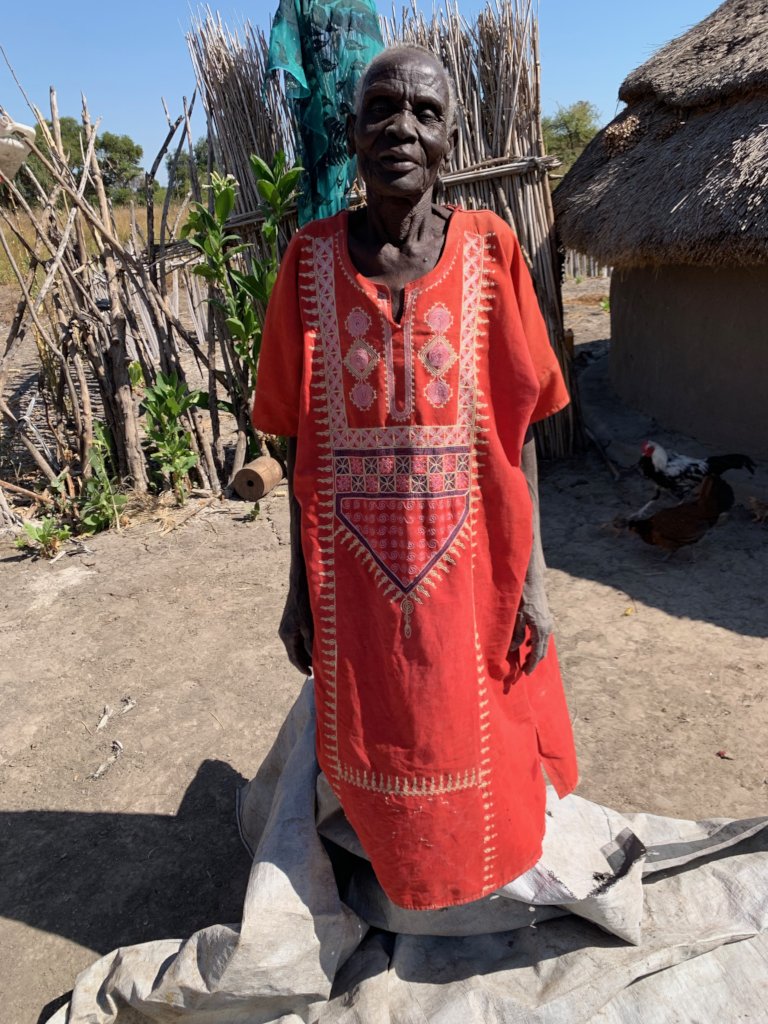 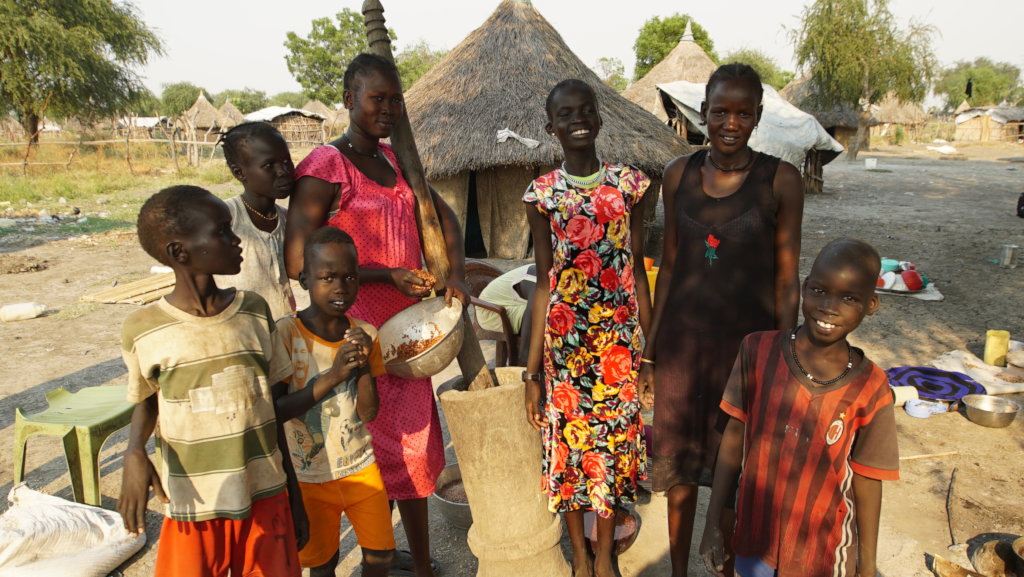 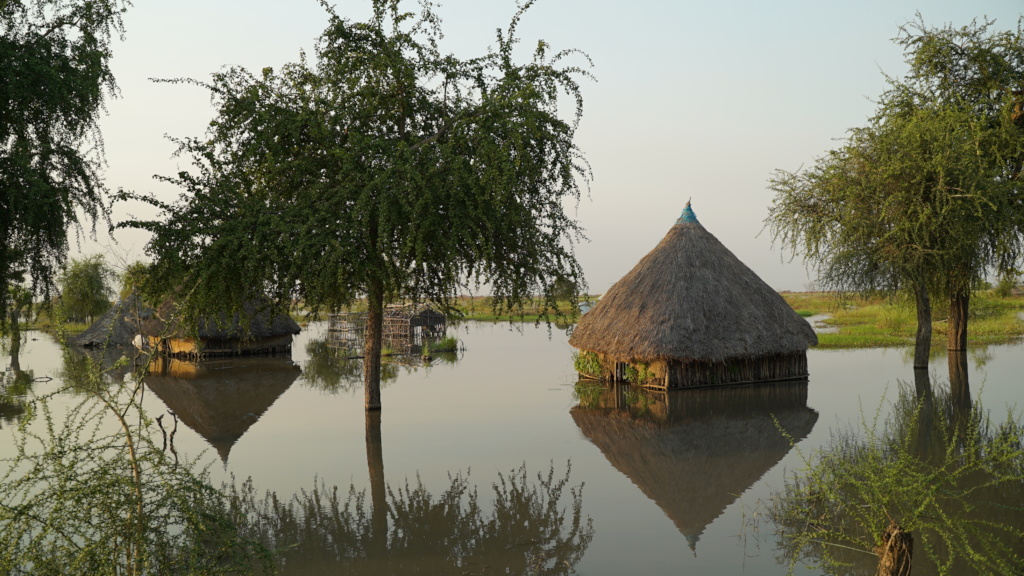 I was traveling along a foot path heading to the village of Paguir–in a small boat!  The entire way from Old Fangak, South to Sudan to Paguir was flooded.  In some places more than 4 feet of water.  We floated past homesteads where normally you would see children playing, hear noisy goats and chickens, and find Moms preparing food for the family.  On this day it was eerie silence.  The homesites abandoned.  Every mud hut flooded.   Such sadness and loss.

We brought our boat to a stop when we came upon a woman and her grandchildren collecting the roots of lily pads. They were in a dugout canoe.  She told us that her home was flooded, all she owned lost.  She had no home. She was a refugee now.  The only food she has to eat is a porridge made from the dried-out roots of lily pads. It provides little nourishment but at least it is something to eat.

This is the situation that is facing tens of thousands of people in the region of South Sudan where we are working.  It is beyond anything we have faced previously and brings new urgency to the project.

We are immediately looking at our plans of response.  First, to see which of the water wells already in place are functioning and asses those in areas of flooding.  We will test the water coming from each well to make sure the groundwater hasn't contaminated the well.  We will also be making plans for raised platform wells—well's that can be used even in flooded areas.  Perhaps this will mean water tanks on raised towers and solar pumps?  Or it might be well pumps that are on platforms 1.5 meters above the ground.

We have already begun assessments relating to the movement of IDPs (internally displaced people).  Where have they gone and what water is available?  What food is available?  Is there ground that is dry enough for planting?  All questions we are asking now and will answer in the next few weeks.

In Old Fangak our team is also in the beginning stage of a new response to fight food insecurity—planting rice.  This is not commonly grown and harvested here.  But with the flood situation, rice seems like a good crop during a flood.  We are consulting with experienced rice farmers and have plans to create a test farm in the next month.

These are small steps down a path to fight food insecurity and provide clean water.  A flooded path, but luckily these steps can be taken right now thanks to your help.  Together we can make life better for people suffering in South Sudan.  I am grateful for your support. 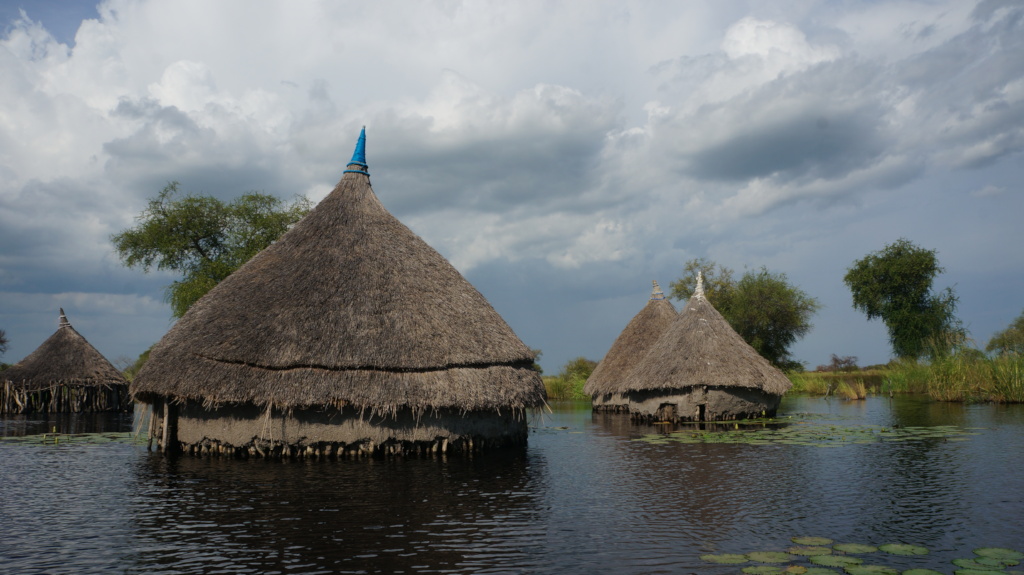 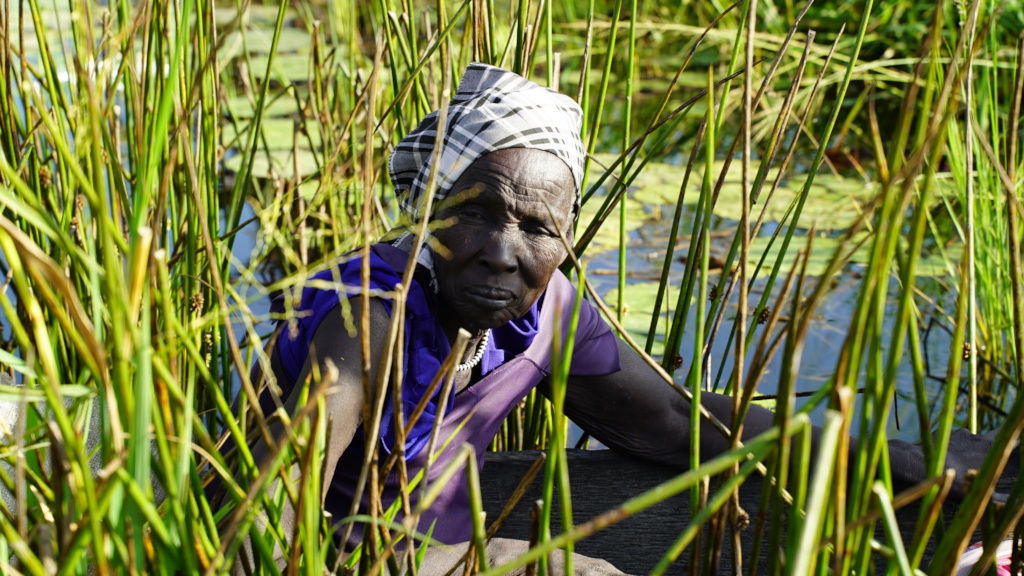 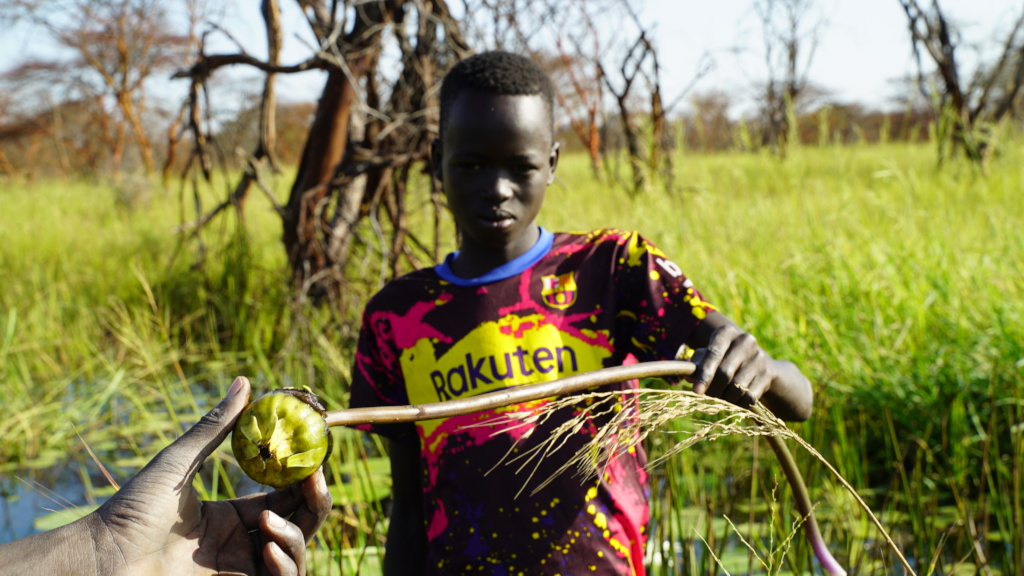 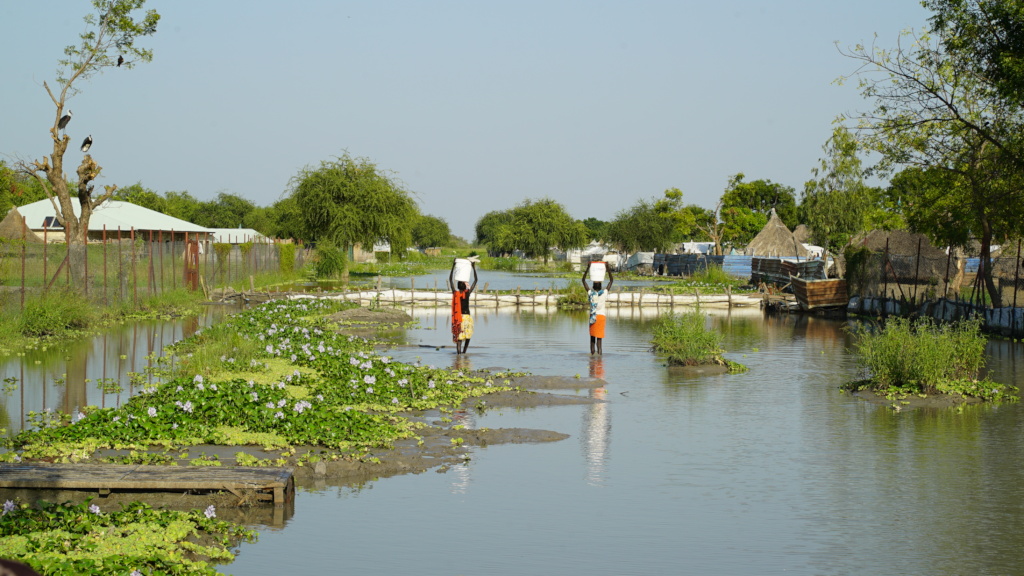