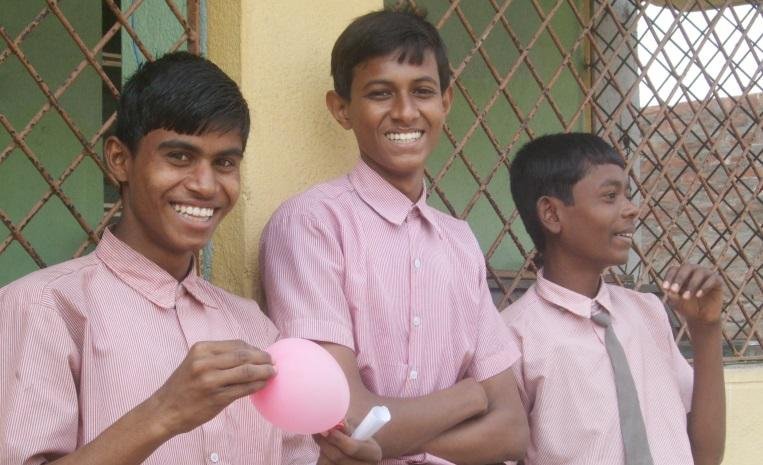 Alindra Naskar started a school in a small village in West Bengal in 2005 with 35 children. Today there are about 450.

His 'New Life Centre' school has recently been awarded Secondary school status and this will have a huge impact on its future.

It has taken him years to have this status confirmed, involving many visits to government departments and numerous forms to be filled in, but following his vision of educating the children of this poor region, Alindra has been relentless in this pursuit.

This will mean that the children in his school, such as these older boys, will not have to transfer to the government school where 90% of them leave without any qualifications, but can stay at the New Life Centre and leave with qualifications, equipped to sustain themselves and their families.

By comparison, the government schools in this region of West Bengal appear woefully equipped and are left to their own devices. The New Life Centre provides a higher standard of education and a better chance of securing further education should these children want it.

This is the whole point; education is the key to a better future and Alindra has made that possible for these children who until now had little hope of escaping the poverty trap.

Wouldn’t you like to join with us and help create a better future for these children?