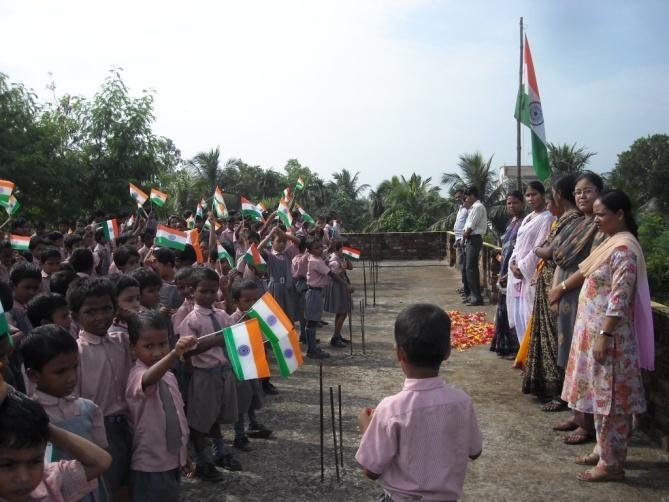 In August The New Life Centre in Sarberia celebrated the 65th year of Indian Independence as seen in the photo. Alindra Naskar, the Principal, spoke to the children about the real meaning of freedom and the place of education in a free society.

I have attended several festivities at the school during my visits, and Alindra believes that it is important for the children and staff to celebrate together.

Here we see the staff sharing some snacks at the end of Independence Day.

The school is helped by Hands Around The World’s sponsorship scheme, but in an attempt to educate as many children as possible, Alindra accepts all children whether they can pay or not.

The HATW sponsorship scheme is providing a much needed boost to the school fees that Alindra Naskar collects from the children. There are now 19 sponsors and I continue to recruit sponsors in the belief that this is the way to
self-sufficiency for Alindra.

One of the latest children to be sponsored was chosen by Alindra as her brother drowned tragically two years ago and her parents are still traumatised by his death. Alindra believed that by sponsoring this little girl, her parents would be given hope for the future. There are a lot of deep ponds around Sarberia, so this is an ever present danger.

Wouldn’t you like to support the school, and make the world of difference in the life of a child? 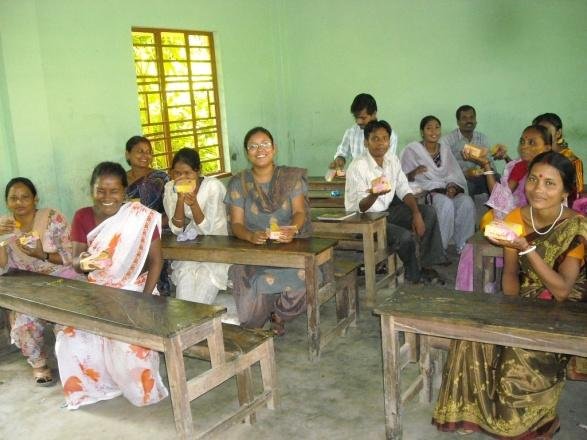