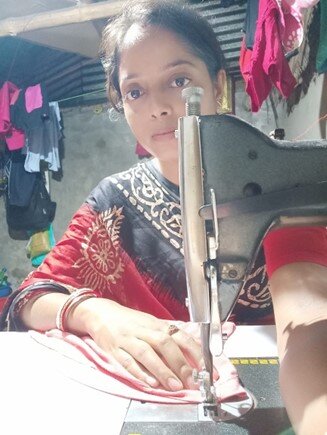 As well as running the New Life Centre school, Mr Naskar has provided a tailoring course and a computer course in the classrooms after school, for young women and men who leave school with no qualifications, and are in need of vocational training.

The computer course has had a difficult time as the electricity in this area is unpredictable, and the pandemic curtailed this activity for the time being. However the tailoring course has been running since 2008, when a group of Hands Around the World volunteers helped to build the second block of classrooms, which provided space for this programme.

One of Alindra’s extended family, who had trained in tailoring has run the course since 2008, and over 200 ladies have completed it, many going on to be self-employed working from home as can be seen in the photos.

This vital source of income in an extremely deprived area is just another way that Mr Naskar enables the local community to broaden their horizons and have more choice in their own lives and their childrens.

Many of the women who have attended the tailoring course have sent their children to the NLC school, thus ensuring a good quality education for the next generation, which they were deprived of themselves. 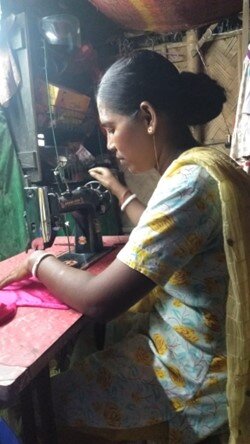