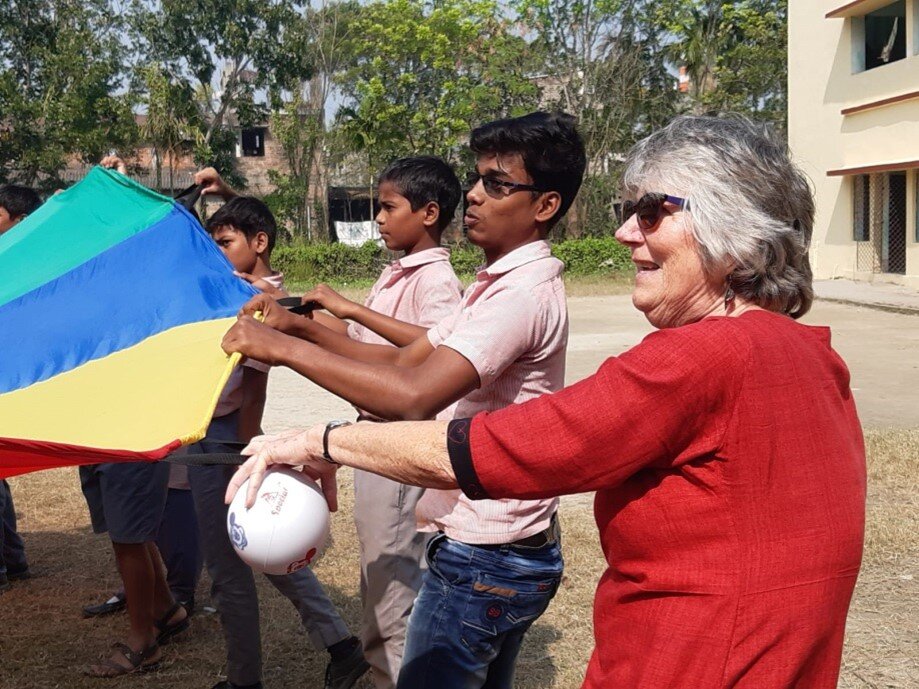 Abu joining in with the parachute games

In my last report I wrote about one of the female students who had passed her Board Exam with flying colours. The whole class of Year X at the New Life Centre School did well scoring between 87% and 75%.

Quite a few of the students were sponsored by HATW and Alindra has enabled them to go onto further education in Senior Secondary schools locally. As well as Nilima who I mentioned last time Abu is another student who was sponsored throughout his time at the school.

The photo below is of Abu when he entered the school in 2012. He had the same sponsor for 9 years and so the sponsor has watched this young man develop into a well-educated confident teenager. It is always a privilege for me to see the difference a good education makes to these young people when I visit, and watch them grow in confidence throughout their time at the school.

On my last visit in 2019 we took a parachute with us, and although Abu looked ‘too cool for school’ as a teenager in his ‘shades’, he enjoyed joining in the parachute games, as seen above.

Now he has left school and as I said is in a Senior secondary school, where his important beginning at the New Life Centre school has laid the foundations for a life better than his parents could ever have imagined for their children, thanks to Alindra.

Thanks so much for your support and if you'd like to find out more about sponsoring a child in India, please contact jane@hatw.org.uk. 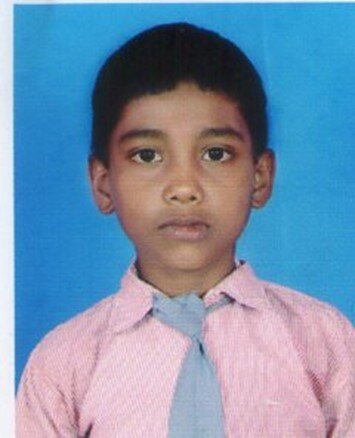 Abu when he joined the NLC school in 2012