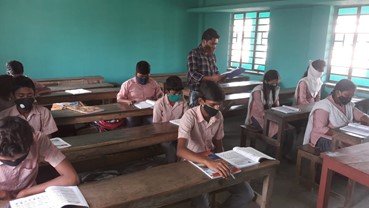 The New Life Centre school has been closed since the beginning of the pandemic in March 2020, but Mr Naskar and his dedicated staff have kept in contact with the older school children either through their phones or by hard copies of work. This has been no mean feat in an area which is isolated and prone to flooding.

Priority has been given to the older schoolchildren, particularly Class X pictured above who were in school briefly to prepare for their Board exam, the equivalent of our GCSEs. Initially the Government hoped to hold the exams, but in the end they were assessed from their Class IX exams in school.

Nilima on the right of the photo below has been at the school for nine years, and has always worked hard and obtained high marks in her work. Nilima scored the top result in her year group, 87%, outstanding for her year. Nilima’s father is a tailor and has a small plot of land for their personal needs, but as with most of the families in the school this tends to be a subsistence living. Nilima has been sponsored throughout her time at the school through Hands Around the World, and the benefits are clear to see.

Nilima is ambitious and wants to become an English teacher after completing Sixth form studies then University. She has expressed her desire to return to the school in the future as an English teacher, in appreciation of the education she received.

Wouldn’t you like to sponsor a child and expand their horizons? 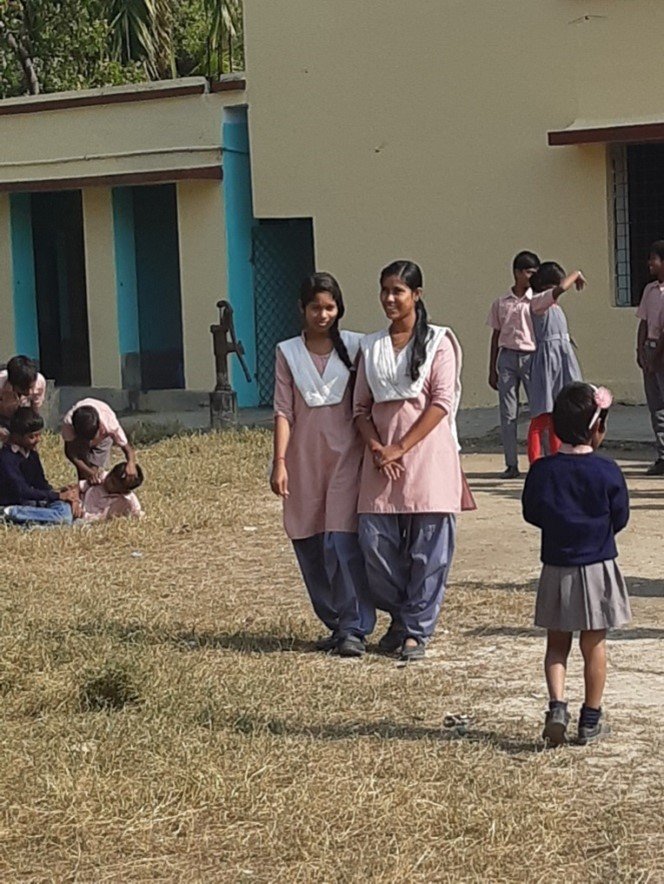 Nilima (right) and friend at school