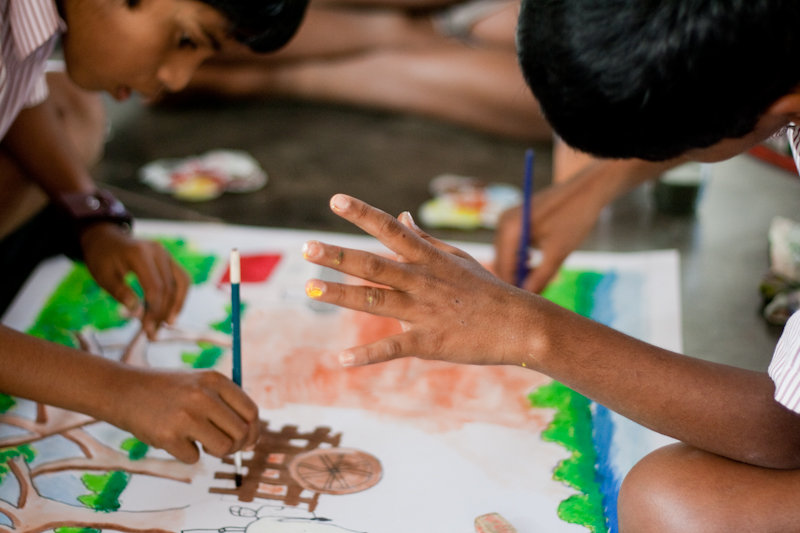 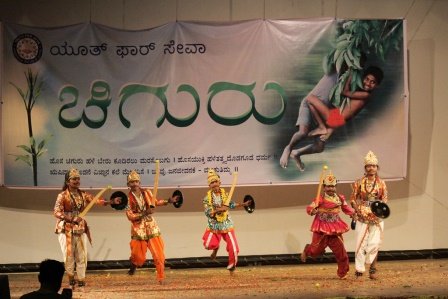 Pic of a Dance Group

It was a day filled with joy for the underprivileged children and boosted the energy of volunteers to see the children they helped train perform well and win prizes! Children from 82 seva kendras (schools and slum learning centres) participated in 20 events judged by 75+volunteers. Around 500 volunteers from various colleges and IT companies actively took part in organising this event.

The day started with the competitions like Rangoli, Drawing, Collage and clay modeling where kids displayed their artistic skills. Then later on several other competitions like street play, dance, talent show, working models were organized. Our volunteers had spent several hours with these kids preparing them for these competitions which many of the Government school kids were not aware like collage and street play. It was an emotional as well as proud moment for the volunteers to see the kids whom they had trained, performing on stage with such enthusiasm and bagging prizes. Kids were having fun getting artistic, playing with clay and colors, exploring their skills and the results were amazing and the judges had quite a difficult task choosing the winners. Dance competition was one of the highlights where we saw kids performing tribal and folk dances which was energetic and fun to watch and no less than any dance competitions you see these days on TV channels. Yoga competition and Geetha Chanting had several competitors too which proved that our culture is safe in Young India. Our Government school kids are no less than any other school kids when it comes to competitions like spelling bee and working models.

Most of the volunteers were regularly involved in various activities of YFS and on the event day helped in food management, event organizing and waste management. The new volunteers who had come for the first time had great time connecting themselves with kids and wanted to do it more often. Teachers who accompanied the school children were happy to see their kids competing with other school kids and they appreciated YFS for conducting such event which helps kids in building confidence to face the outside world. Later in the day, during prize distribution ceremony, all the students gathered in the auditorium cheering every winner irrespective of which school they belong. Chiguru-2013 was a platform for the kids to display their hidden talent and an opportunity for volunteers to come together to meet likeminded people who want to be the change makers by their small contribution to the society. 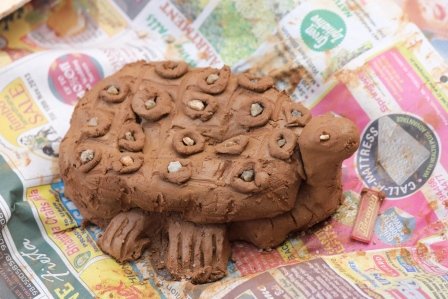 One of the Clay Models

GlobalGiving
Guarantee
Donate https://www.globalgiving.org/dy/cart/view/gg.html?cmd=addItem&projid=14929&rf=microdata&frequency=ONCE&amount=25
Please Note
WARNING: Javascript is currently disabled or is not available in your browser. GlobalGiving makes extensive use of Javascript and will not function properly with Javascript disabled. Please enable Javascript and refresh this page.