Our Caretakers in the New Normal 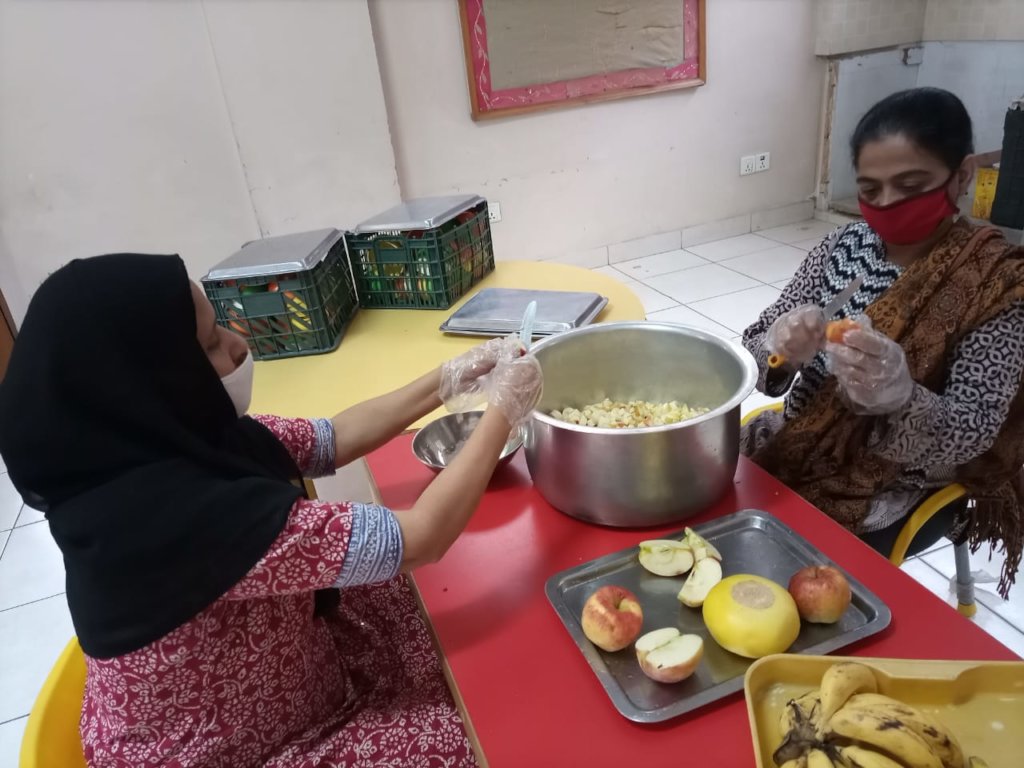 “The children come and tell me they miss coming to school and breakfast meals, and I miss feeding them.” Jamna.

You may remember Jamna from our last email about her, her daughter and the impact of the essential food packages we had distributed. A staple of the breakfast program at the Khatoon-e-Pakistan Government Girls School (KPS), Jamna has been here for three years. Since the recent lockdown, government regulations have been followed and only a few children come to school, sometimes, to get their work checked by the teachers. This is the limited interaction that Jamna gets with the children now.

Prior to the recent lockdown, in the month of October, the breakfast program was renewed with the 317 young children in the program from Khatoon-e-Pakistan Government Girls School (KPS) and SMB Fatima Jinnah Government Girls School (SMB). At this time in KPS, as per the Standard Operating Procedures, the children were allocated to multiple classrooms to ensure that they would not be in contact, whereas normally they would get together to enjoy their breakfast in the breakfast room.

The students were distributed, as the second graders used the breakfast room, the Kindergarten students and first graders remained in their own classrooms (nursery students who would normally also partake in the program were unable to this school year, as due to the pandemic, no new enrollments took place). To adapt to this major change, the menu was changed so that it could be delivered to classrooms more easily and to reduce the chances for spill over. Jamna had extra help and made the added effort needed to ensure that the children would all get their breakfasts at the same time.

She expressed her disappointment at not being able to feed the younger children as she normally had to feed the nursery and kindergarten students and had become very attached to them. “Children are willing to eat everything with me” Jamna remarked when asked if there was anything in particular the children did not like eating. Most children however, she found, liked egg and chappati as well as alloo ka paratha and fruit chaat but were not as keen on channa chaat. As winter approached in October, the breakfast menu replaced fruit chaat with a helping of mashed potatoes.

“I’ve been here for more than 10 years and these children feel like my own now that mine have grown up.” Abida.

Prior to the pandemic, two to three sections of the classes would attend the breakfast room at a time for their breakfast meals, in October however, half of the children came on alternative days so there were fewer children on a given day and two were seated per table. Additionally, as Abida noted, cleanliness and distancing became a major concern, as the children remained in their classrooms for their meals, the teachers ensured that the classroom remained clean and Abida, along with Rubina (another member of the kitchen caretaking staff) cleaned the utensils to maintain COVID 19 prevention.

Although Abida had her own apprehensions about the risk of exposure her work posed, she maintained that children were innocent and fragile – they needed care and direction, it was necessary to be present for them and show them the importance of handwashing and masks. She also noted the importance of the breakfast program and the enthusiasm the children had to come back to school. 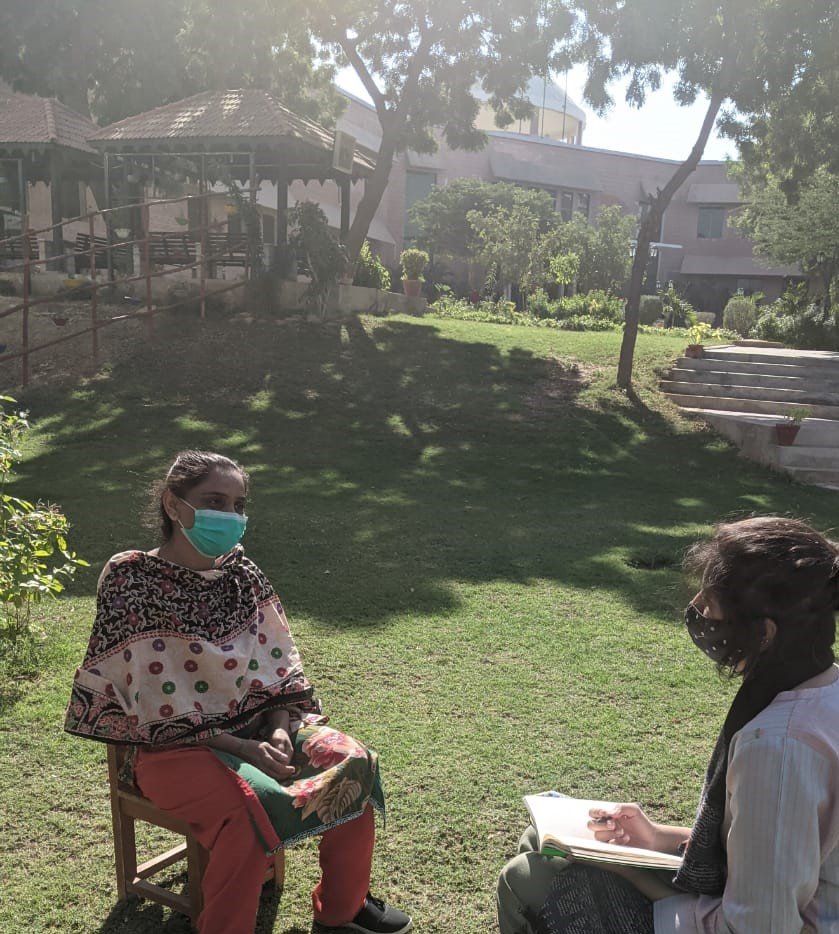 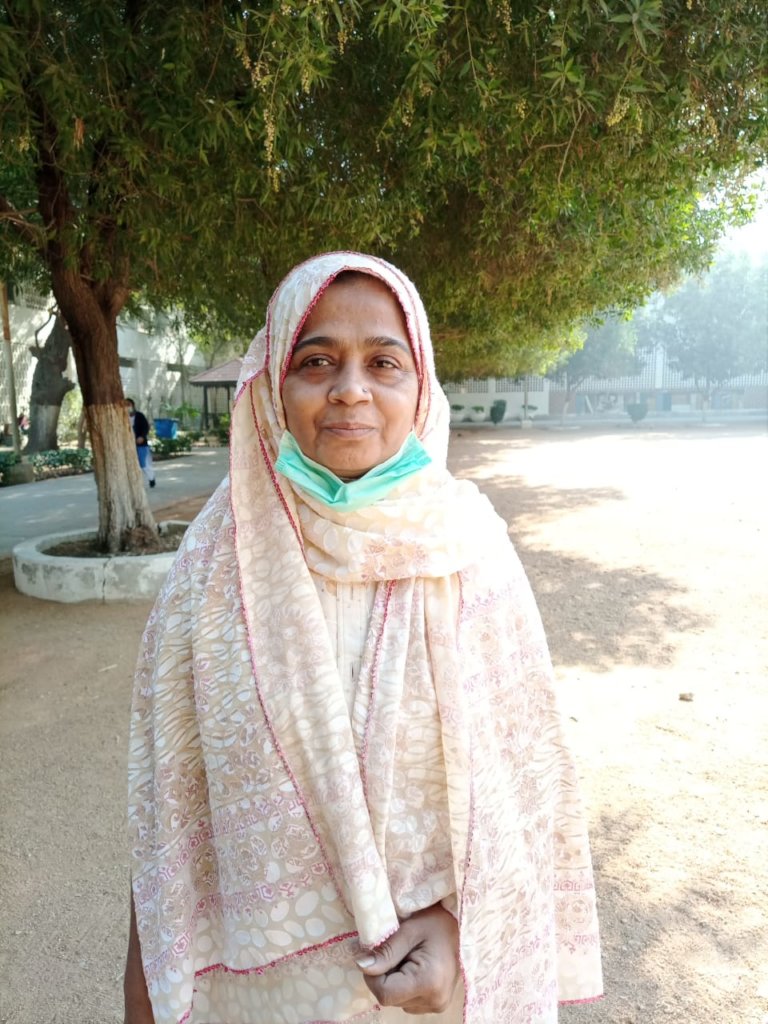 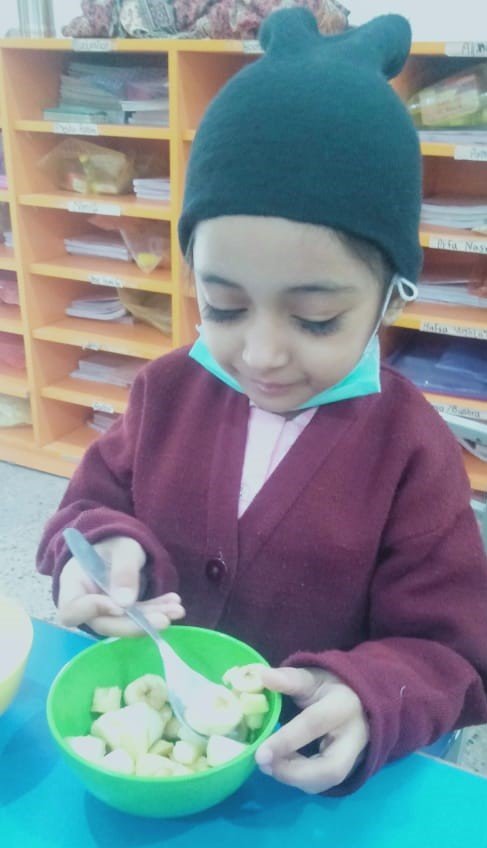