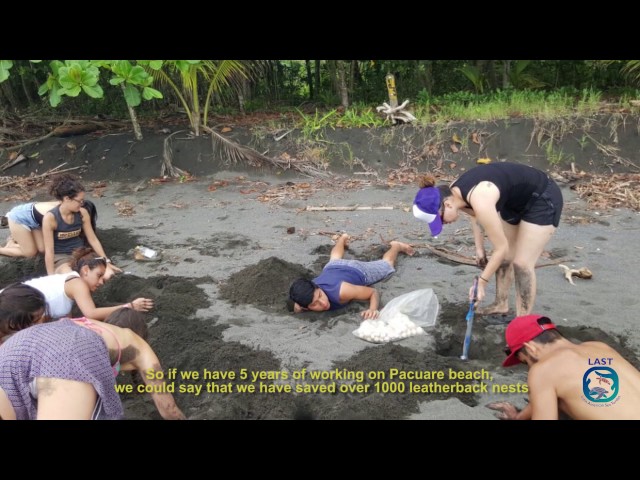 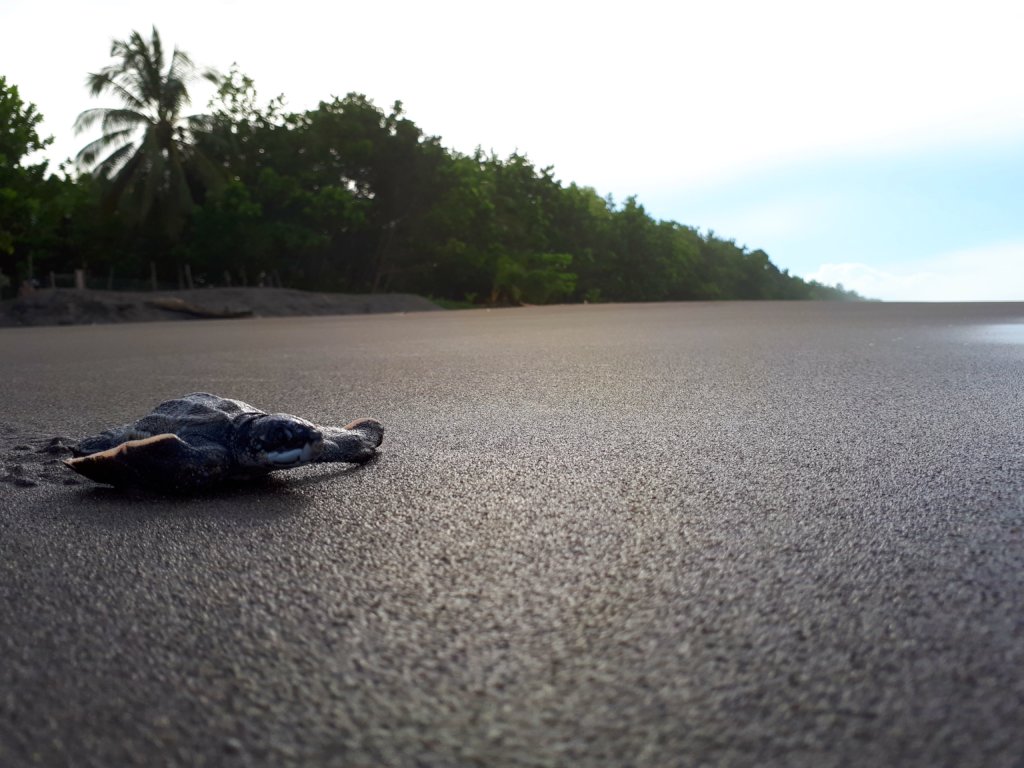 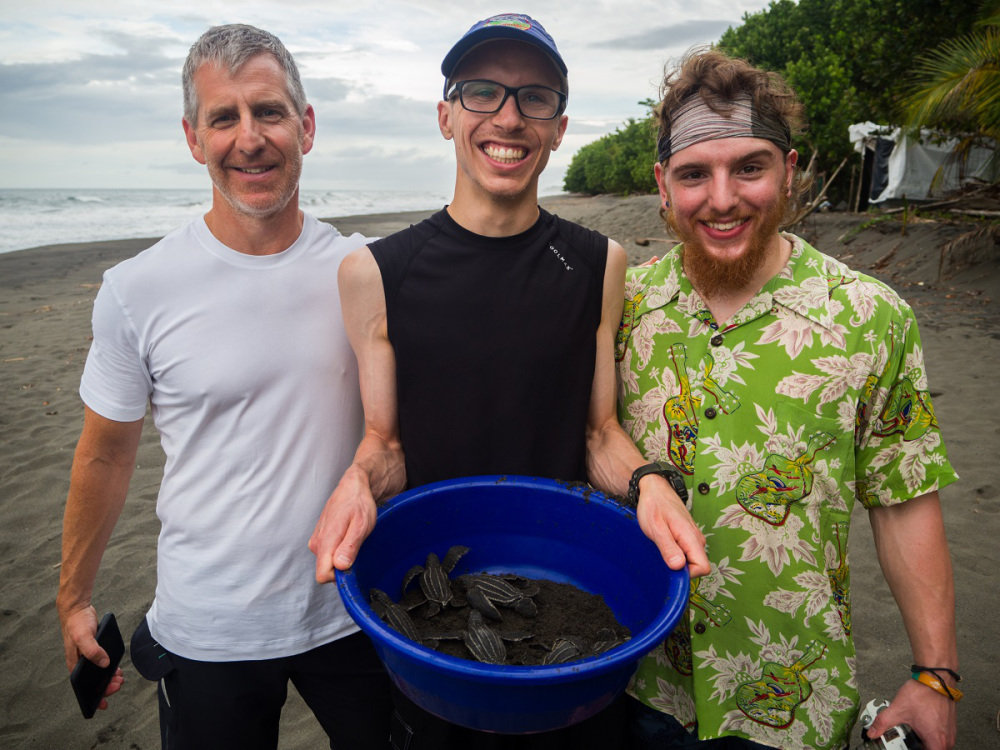 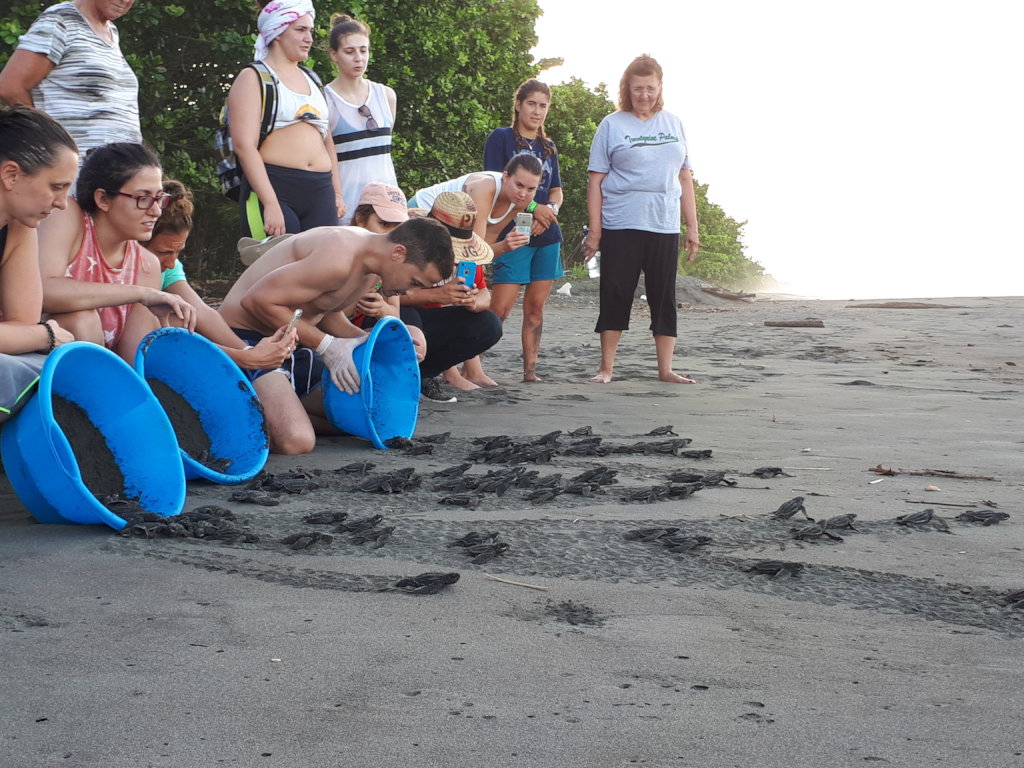 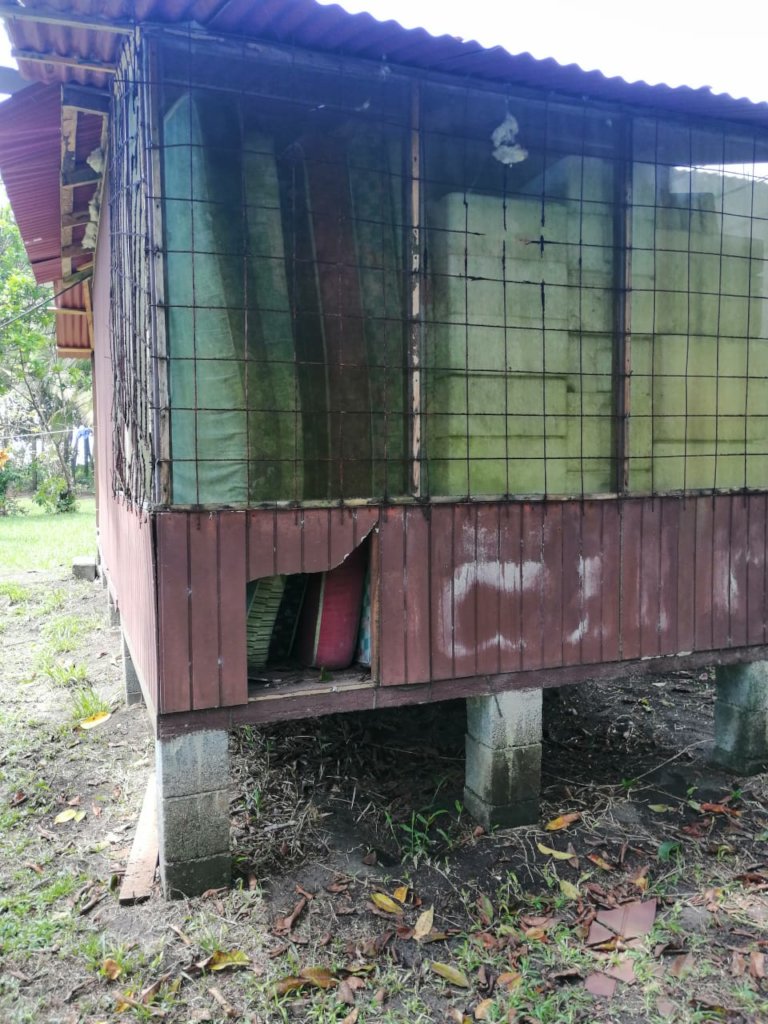 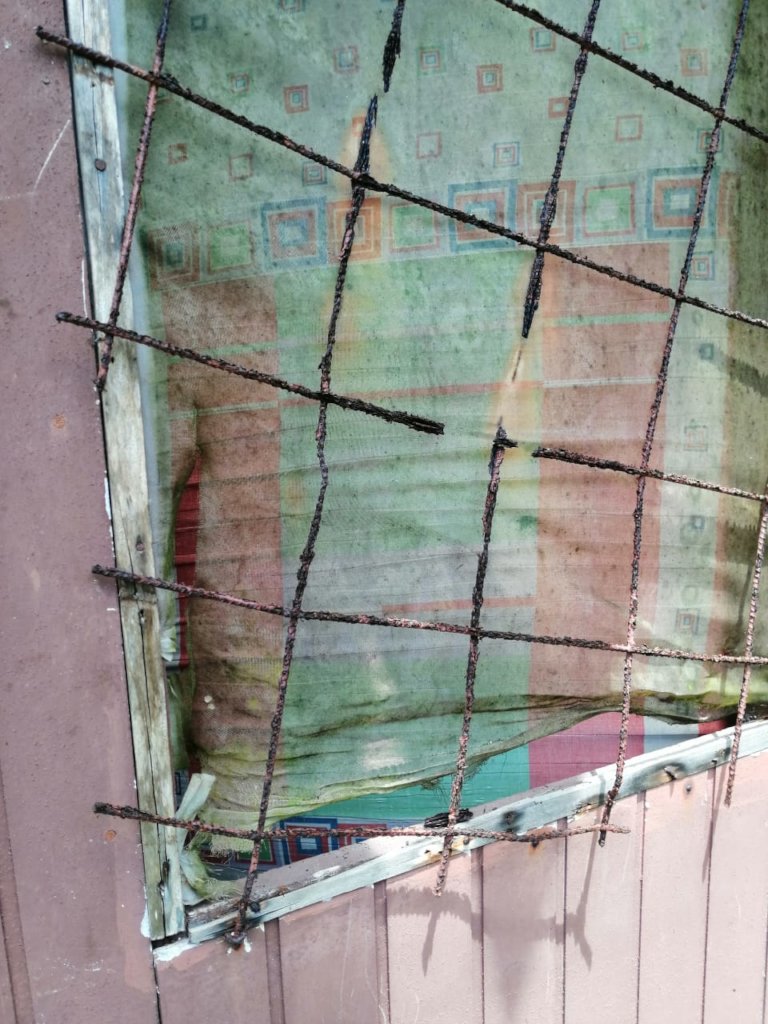 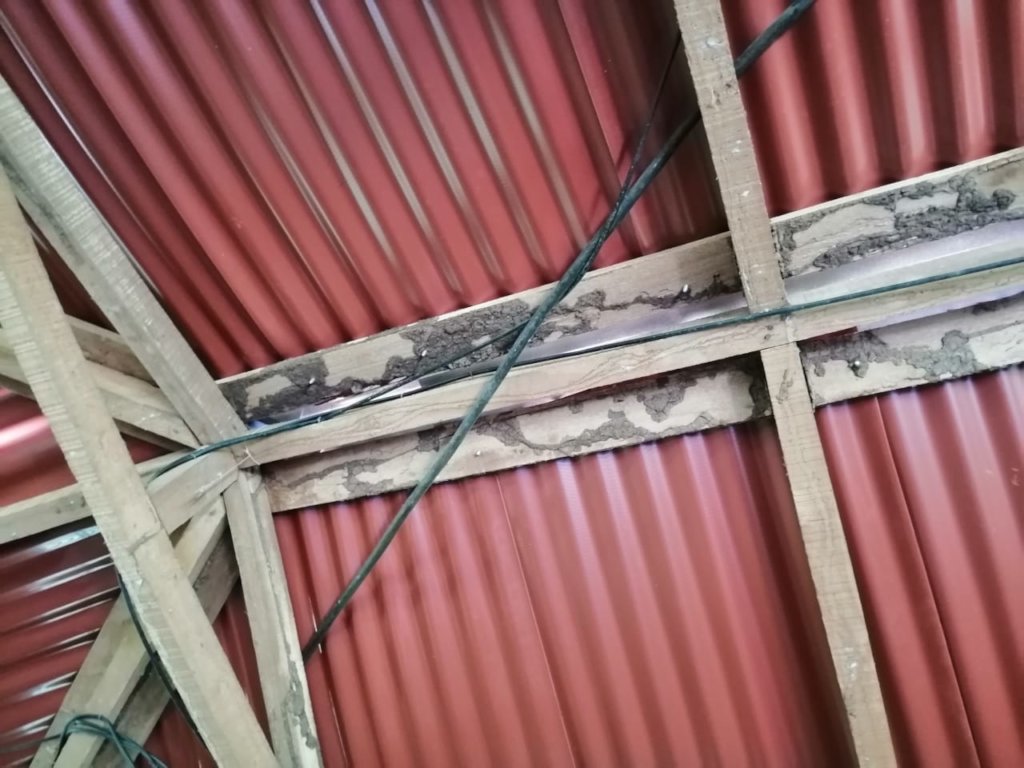 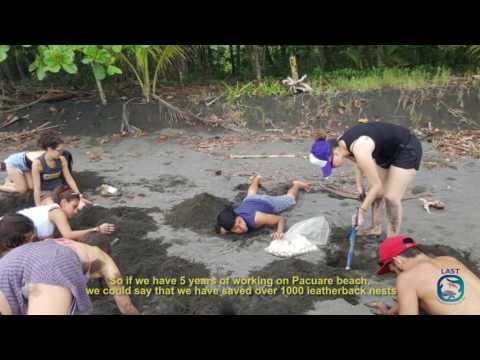 The work at the station does not cease, although the leatherback turtles are already reaching the end of their season, we are starting the green turtle season and the births of the hatchlings that we have in the nursery, with the help of volunteers and the Research Assistants the collection of the following data has been achieved.

We take measurements from the hatchlings that are born during the night. From each nest 20 hatchlings at random are taken and we measure the length and width of the  carapace three times with the aid of special Instruments.  The 20 hatchlings are weighed, and once we have recorded all the information, the total of turtles from the nest are counted and are released. We always need to release harchlings in diffeent parts of the beach, so as not to create a "restaurant" for predators in the ocean. Up until  July 5th 2022 we have released 1618 hatchlings.

We have also been carrying out exhumations of the nests that already hatched. After the first group of turtles leave, we wait   approximately 3 days, for any other hatchlings to emerge naturally,  and then proceed to open the nest to verify the amount of hatchlings that came out and for the final analysis of the nest (no hatched eggs open and the development stage is determined).

In one of the exhumed nests, dead twin turtles were found (they did not end their development), pitifully they were not successful but this information is used to understand more about the behavior of the population.

We have filled the hatchery this year, but we still have left 53 nests left to hatch, of which 49 are from the leatherback turtle, 1 of hawksbill turtle and 3 of green turtle. We monitor the nests 24hrs per day with the help of volunteers, so that each one can be released safely into the ocean

Donating through GlobalGiving is safe, secure, and easy with many payment options to choose from. View other ways to donate
Asociacion Latin American Sea Turtles - LAST has earned this recognition on GlobalGiving:

GlobalGiving
Guarantee
Donate https://www.globalgiving.org/dy/cart/view/gg.html?cmd=addItem&projid=42828&rf=microdata&frequency=ONCE&amount=25
Please Note
WARNING: Javascript is currently disabled or is not available in your browser. GlobalGiving makes extensive use of Javascript and will not function properly with Javascript disabled. Please enable Javascript and refresh this page.