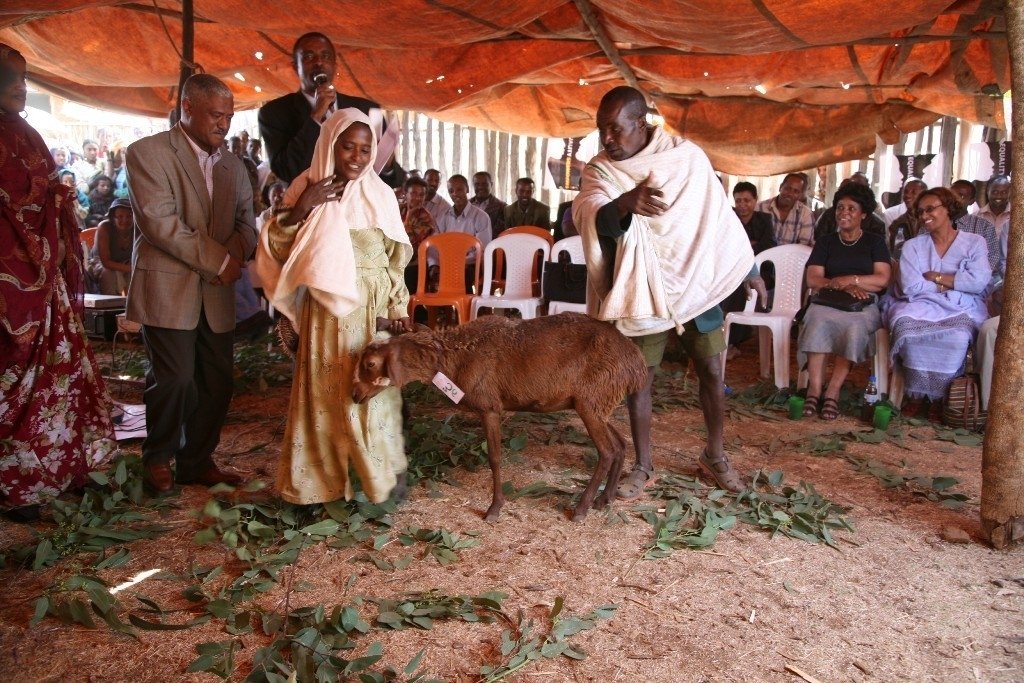 "I hate early marriage. I was married at an early age and my in-laws forced me to sleep with my husband and he made me suffer all night. After that, whenever day becomes night, I get worried thinking that it will be like that. This is what I hate most." (Amhara girl, age 11, betrothed at age 5)

Because of the complexity of the reasons for child marriage, the Berhan Hewan project works to address a variety of interventions, including educational and livelihood opportunities, economic drivers, and societal/cultural norms and pressures. The project is one of the first rigorously evaluated programs to delay the age of marriage in sub-Saharan Africa.

As a result of the program, girls were less likely to be married, were less likely to have children, and not only knew more about sexual and reproductive health but were more likely to discuss topics such as HIV/AIDS, family planning, and problems with their marriage among their friends.

Due to the success of this program and the support of local and government leaders, the project is scheduled to expand to additional communities. Additionally, in 2008, UNFPA, the Ministry of Youth and Sports, and the Population Council started a national campaign to raise awareness of the dangers of early marriage. The “Stop Early Marriage” campaign uses a variety of media and advocacy actions to raise awareness throughout Ethiopia, including a convening of 30 of Ethiopia’s prominent artists who created a painting to express their feelings on early marriage. The canvas totaled 100 meters – the largest painting ever painted in Ethiopia.

Even a small investment can make a difference in the lives of the girls in Ethiopia. For an out of school girl, just $10 can cover the cost of school materials for one year and a government clinic card to receive free family planning health services at government facilities.

GlobalGiving
Guarantee
Donate https://www.globalgiving.org/dy/cart/view/gg.html?cmd=addItem&projid=2545&rf=microdata&frequency=ONCE&amount=25
Please Note
WARNING: Javascript is currently disabled or is not available in your browser. GlobalGiving makes extensive use of Javascript and will not function properly with Javascript disabled. Please enable Javascript and refresh this page.