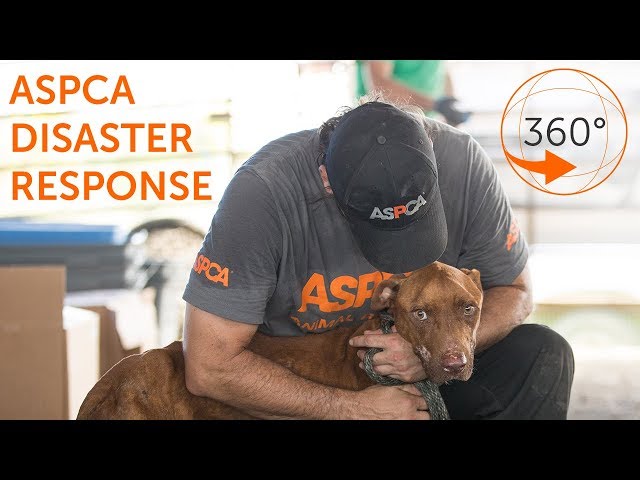 Rosie and Casper: A Perfect Pair

Near the end of July 2017, Rosario and Cabbage came into the ASPCA after being found as strays. Though the two cats were found separately and came in a week apart from each other, their paths would soon cross in a serendipitous turn. At the time, then two-month-old Cabbage was a shy, under-socialized kitten who most likely had never received enough attention from humans. Though veterinarians determined that Cabbage was healthy, the staff at the ASPCA Adoption Center knew that this little kitten would need a patient adopter to help him come out of his shell. While Rosario shared Cabbage’s shy and somewhat skittish demeanor, the pretty one-year-old cat required more urgent medical care upon intake.

When Rosario came to the ASPCA, veterinarians at the ASPCA Animal Hospital noted that her left eye was severely damaged. They then had to make the difficult decision to remove the afflicted eye to prevent further pain and discomfort. 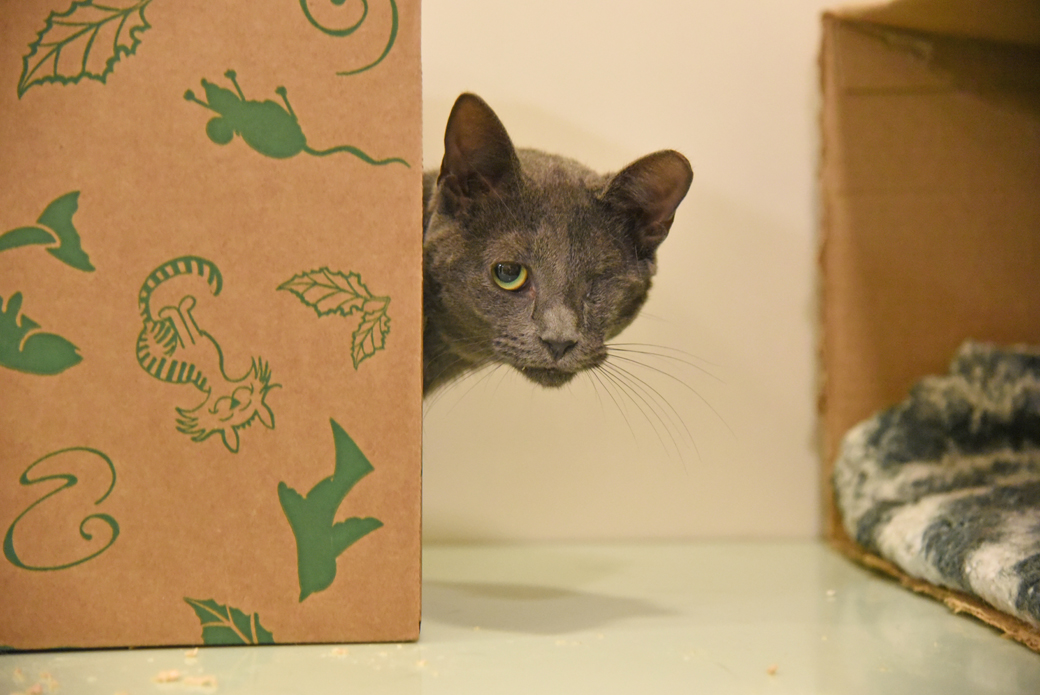 Around the time Rosario was getting her surgery and recovering, Cabbage was getting some attention at the Adoption Center. Rolphy J. had decided to come to the ASPCA in the hopes of finding a feline sibling for his senior Pomeranian. “I wanted to get a companion for him,” says Rolphy. “Another reason I decided to adopt is that I absolutely love cat personalities—I love how curious and independent they are.”

On his visit to the Adoption Center, Rolphy spotted Cabbage. He tells us that he knew he wanted to adopt the kitten because he felt that Cabbage would have a tougher time finding a home due to the fact that he was shy and fearful of humans. So, in late August, Cabbage became Casper and officially began his life with Rolphy. 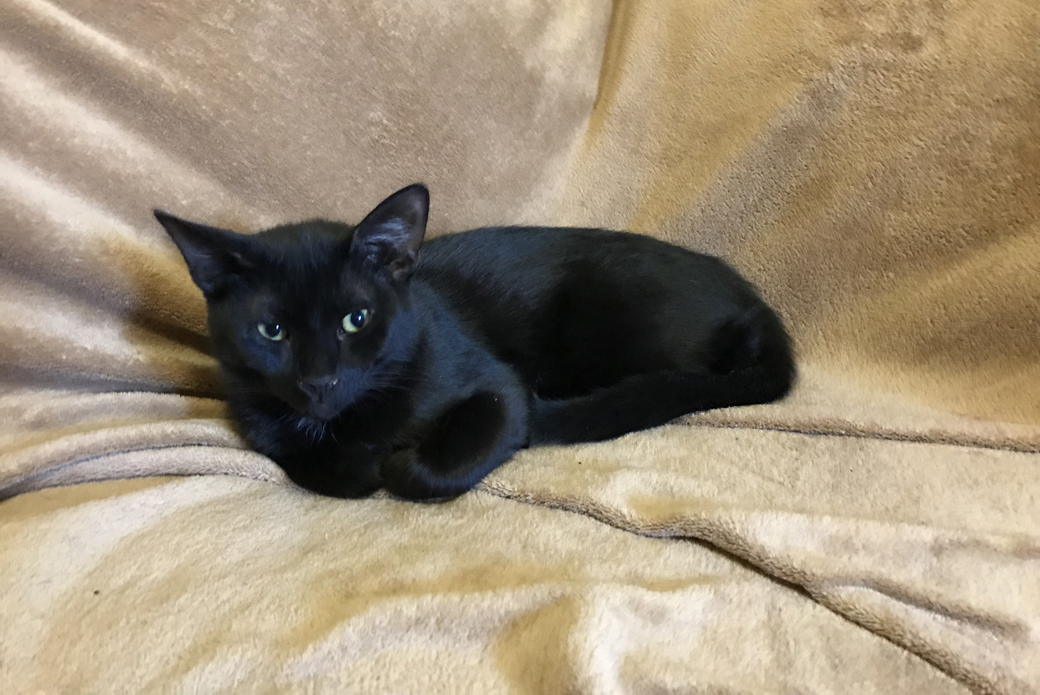 But the story doesn’t end there! After Rolphy took Casper home, the adjustment went well, but Rolphy still felt like something was missing. “Casper wasn’t getting much attention from my senior dog, and I felt like there was room for one more sibling,” he tells us. So Rolphy went back to the ASPCA and met Rosario in November 2017—and the rest, they say, is history. 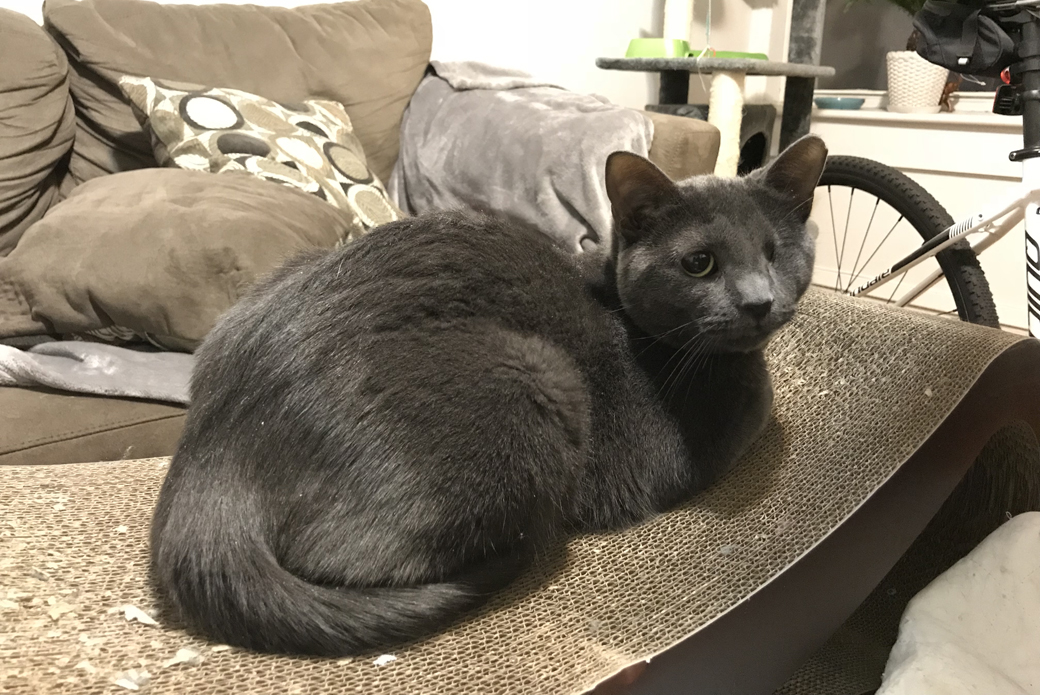 After Rolphy made the adoption official, he shortened Rosario’s name to Rosie, and she became the third furry friend in their family. Rolphy tells us that the adjustment for each cat was similar. They required time and patience to acclimate to their new surroundings but are becoming more comfortable and trusting every day. He says that Casper is “the sweetest boy ever,” and that Rosie is now comfortable lounging around the apartment, observing her siblings. “When she’s convinced that she’s completely safe here, I foresee her being the sweetest one of all,” Rolphy adds.

Now, life for Rolphy and his three pets is full of love and laughter. “I get greeted at the door whenever I come home and get morning attention from everyone,” he says. “I love them all immensely.” 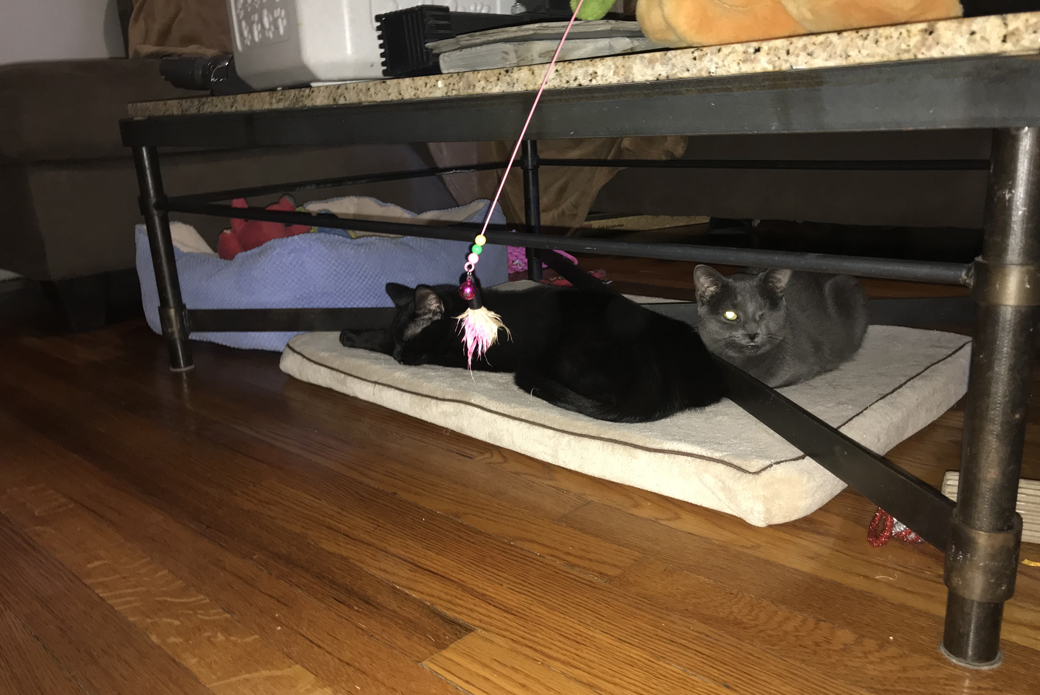 When asked how he knew that both cats were right for him, Rolphy said, “When I saw each of them I saw the fear in their eyes. Neither had much human contact, and they were both going to take a long time to get used to humans. I knew I was the right person to give them the love they’ve never received and would let them adjust at their own pace.”

He adds that is he happy to have been able to give two cats a second chance to have a loving home, and encourages others to do the same. “For anyone considering adopting a shelter pet, I have to say that these animals may take some time to warm up to you and adjust to their new life. However, they are the most grateful and loving beings you can imagine,” Rolphy says. “They know you gave them a second chance, they know you’re their parents, and they’re forever grateful.”