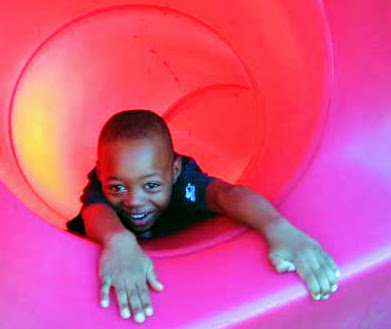 The Smartest Children in the World! 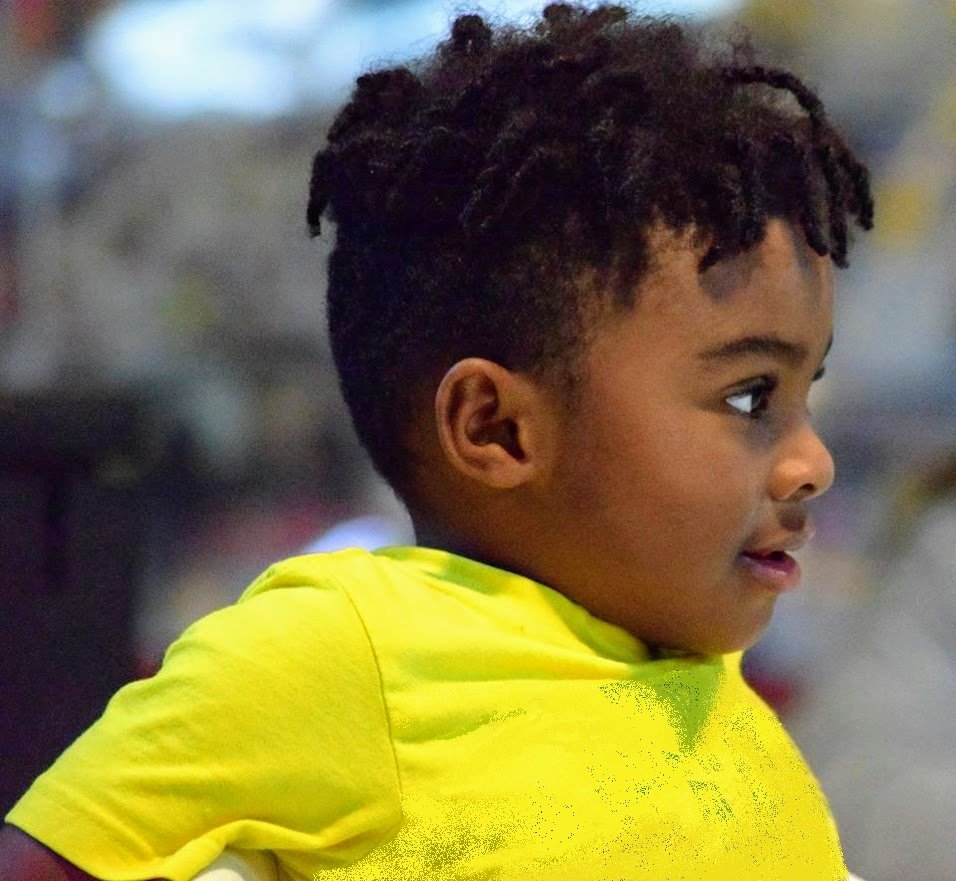 Ok… maybe we are a little biased, but we are overjoyed to report that with the exception of one “C” in one class… ALL of the other grades were “A”s and “B”s.  Out of the 22 children enrolled in our after-school program, 21 students made honor roll at their respective schools this term.  Some of the children struggled with marks as low as the 40’s during the semester, but they were undaunted and pulled through with exceptional marks. We are so proud of each one of them.  And, we hope that you share in our joy because your support of this program helped make it possible.

This period brought other positive results that are not all quantifiable.  The children were able to participate in a photo shoot that was donated by one of our supporters, so they could star in various ads for our #GivingTuesday campaign.  Seeing themselves featured in the campaign and on SHAPE’s social media, helping to support their own program, was a definite confidence booster.  One of the parents shared with me that her son showed his Facebook post to their whole family and all of his schoolmates.

Now, the children are working on a new campaign in which a music video they completed during the summer program, titled “Water,” is the feature for their fundraiser.  Another one of our awesome supporters supplied artesian bottled water and he is donating 50% of the sales back to the program.  The children feel ownership in their program and in their community, as they learn some of our core values including:  Unity, Self-Determination, Collective Work & Responsibility, Cooperative Economics, Purpose, Creativity and Faith. 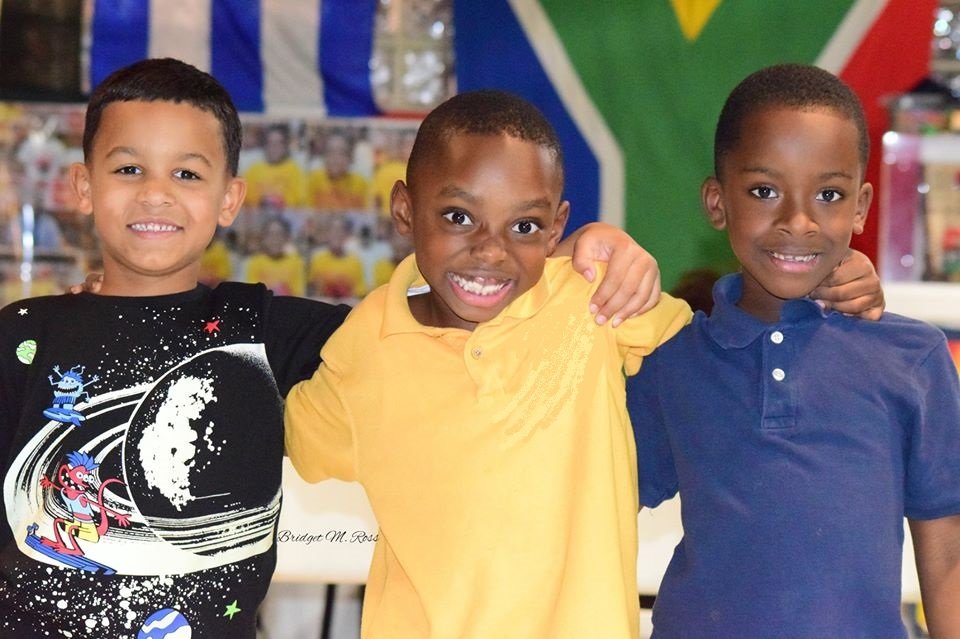 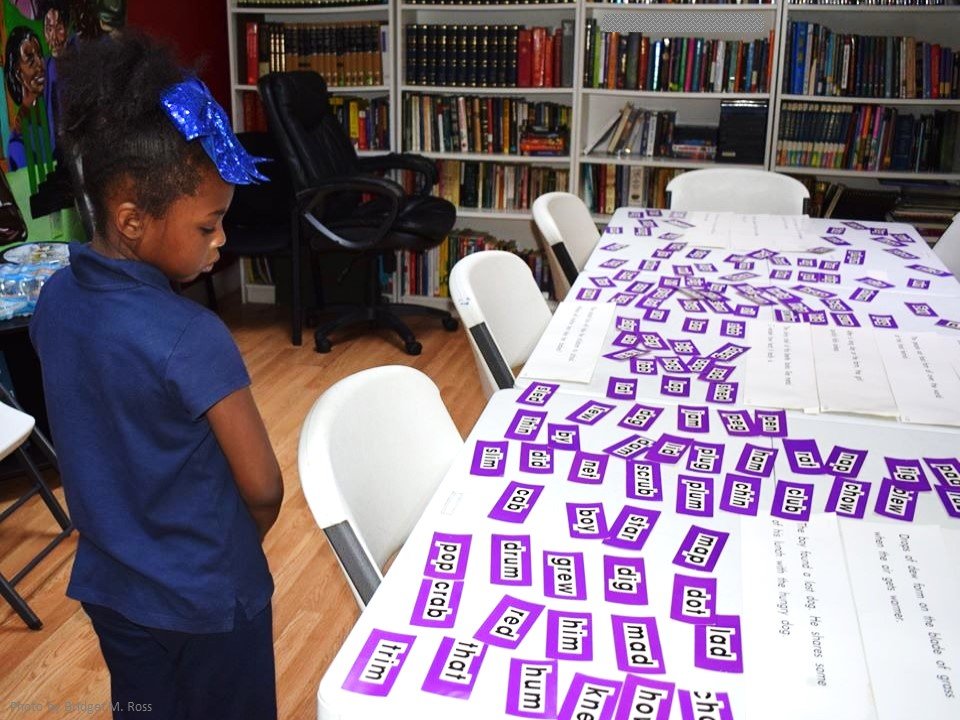 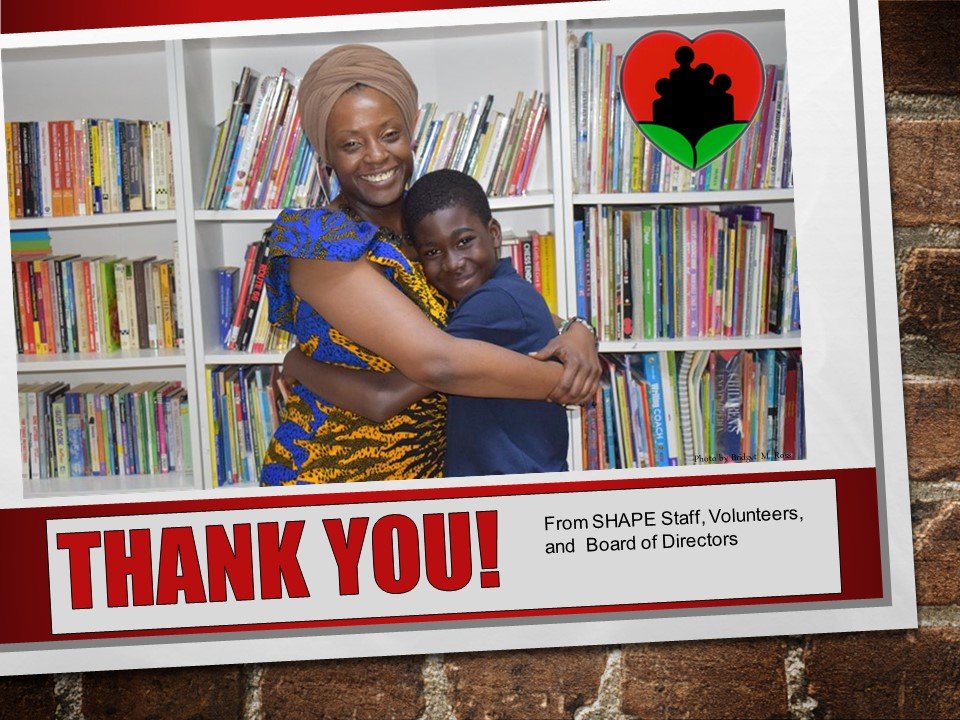 Donating through GlobalGiving is safe, secure, and easy with many payment options to choose from. View other ways to donate
S.H.A.P.E. Community Center has earned this recognition on GlobalGiving:

GlobalGiving
Guarantee
Donate https://www.globalgiving.org/dy/cart/view/gg.html?cmd=addItem&projid=34121&rf=microdata&frequency=ONCE&amount=25
Please Note
WARNING: Javascript is currently disabled or is not available in your browser. GlobalGiving makes extensive use of Javascript and will not function properly with Javascript disabled. Please enable Javascript and refresh this page.