by Cooperation for Peace and Development (CPD) 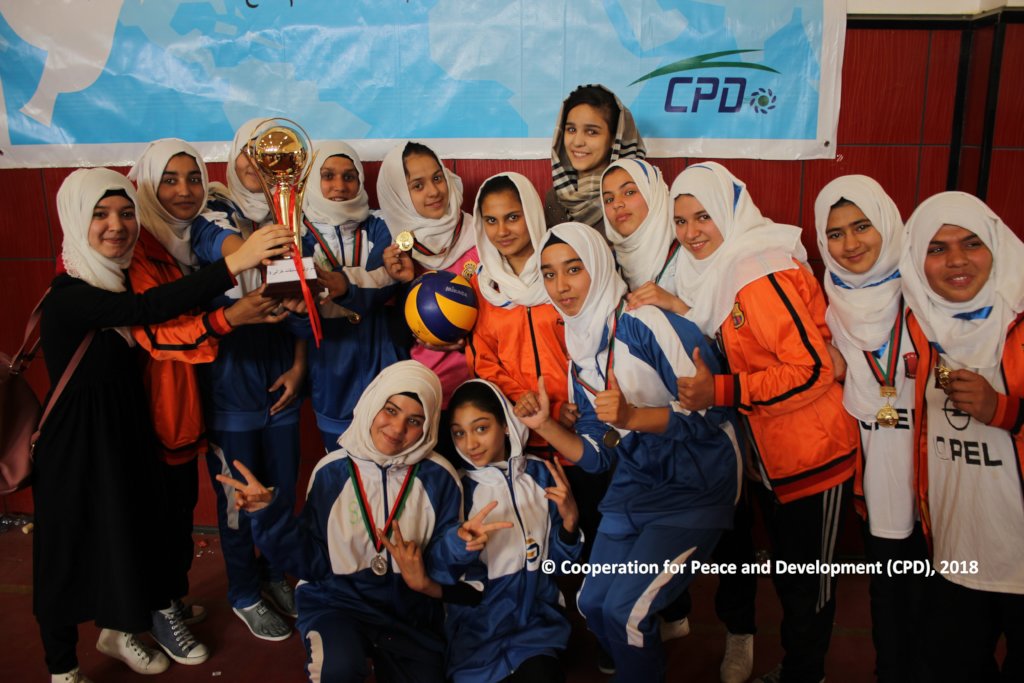 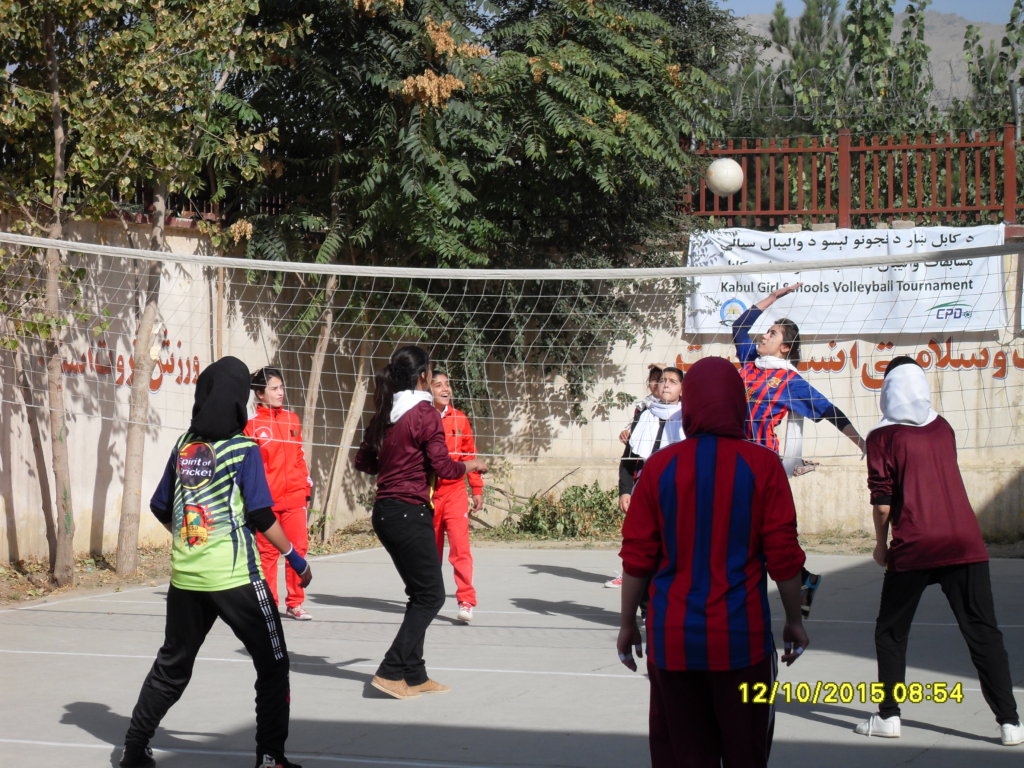 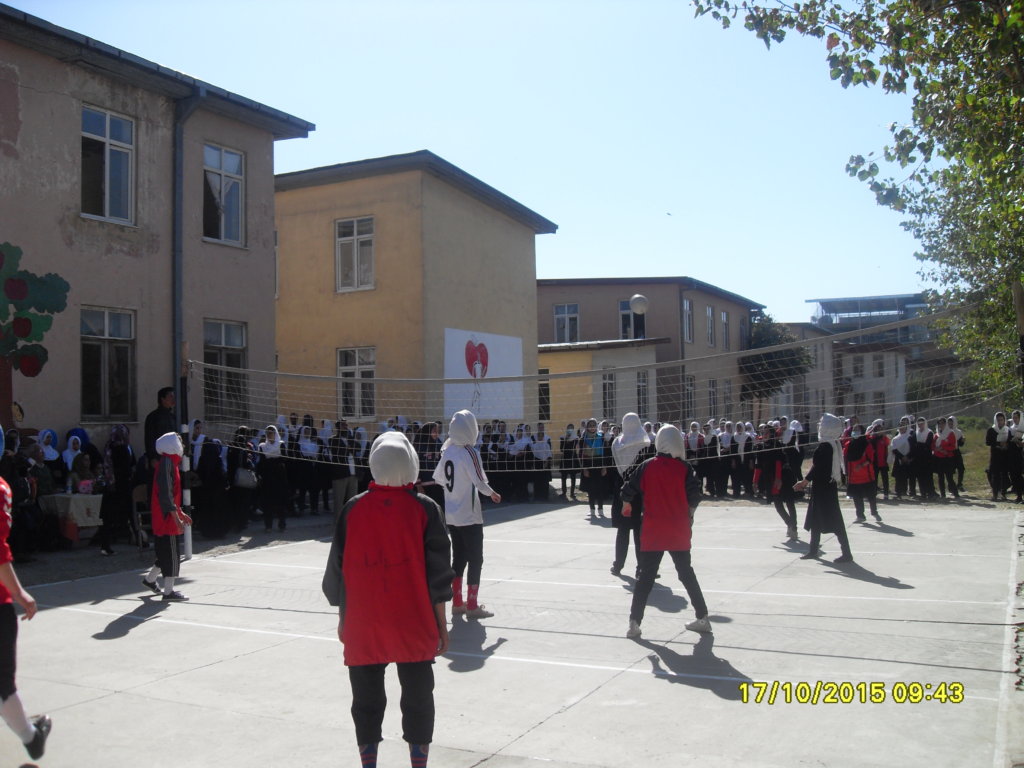 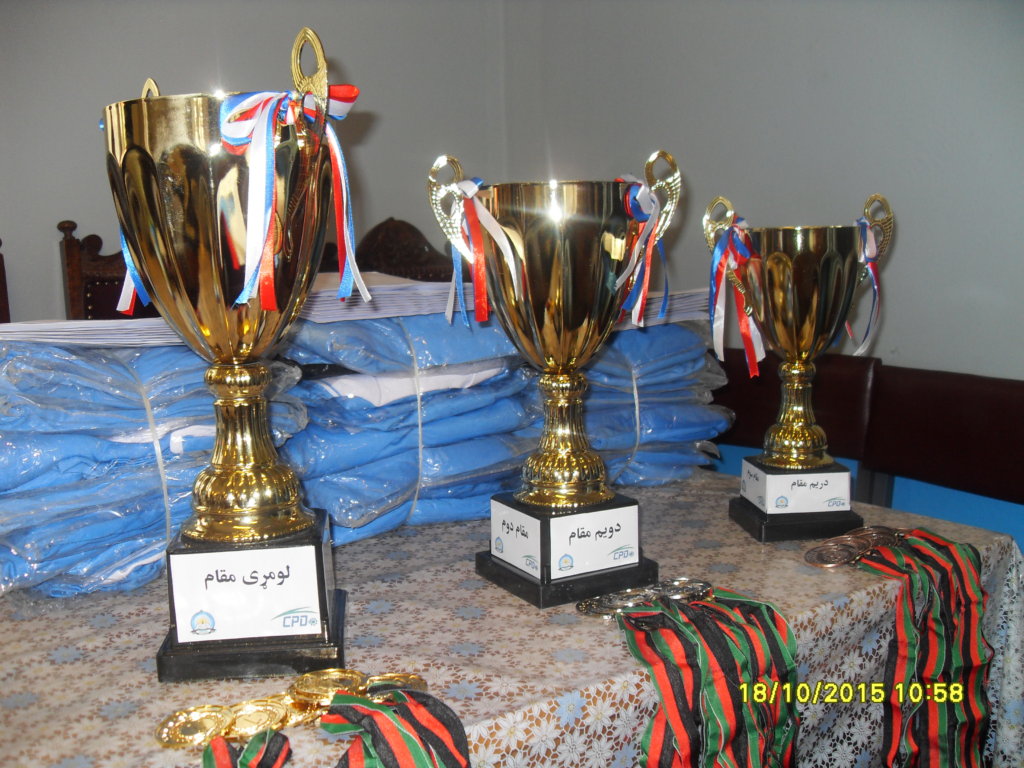 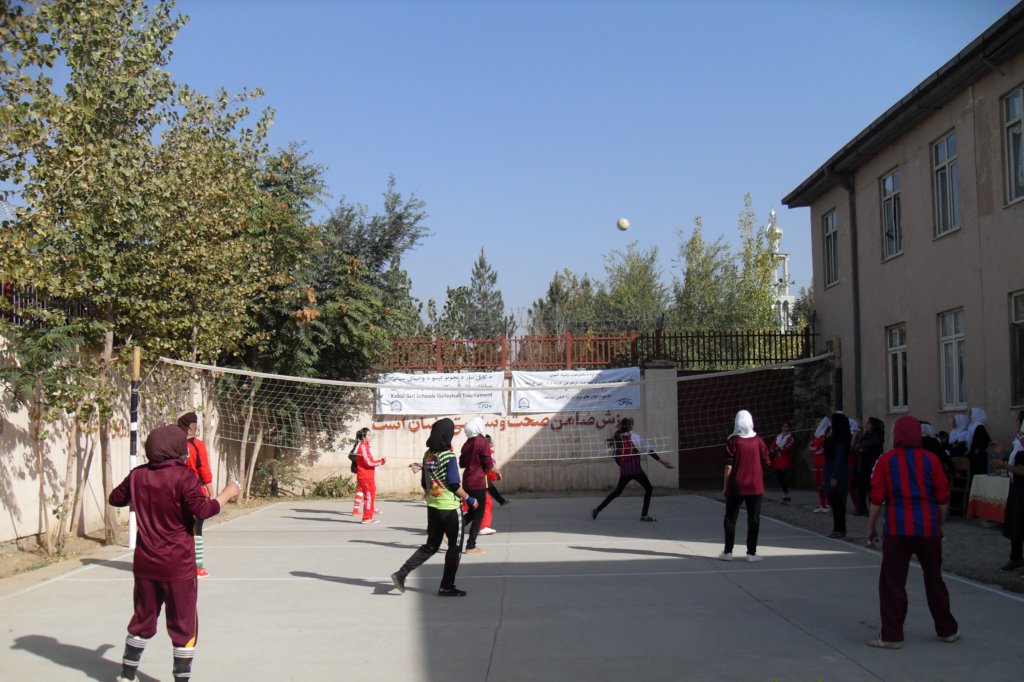 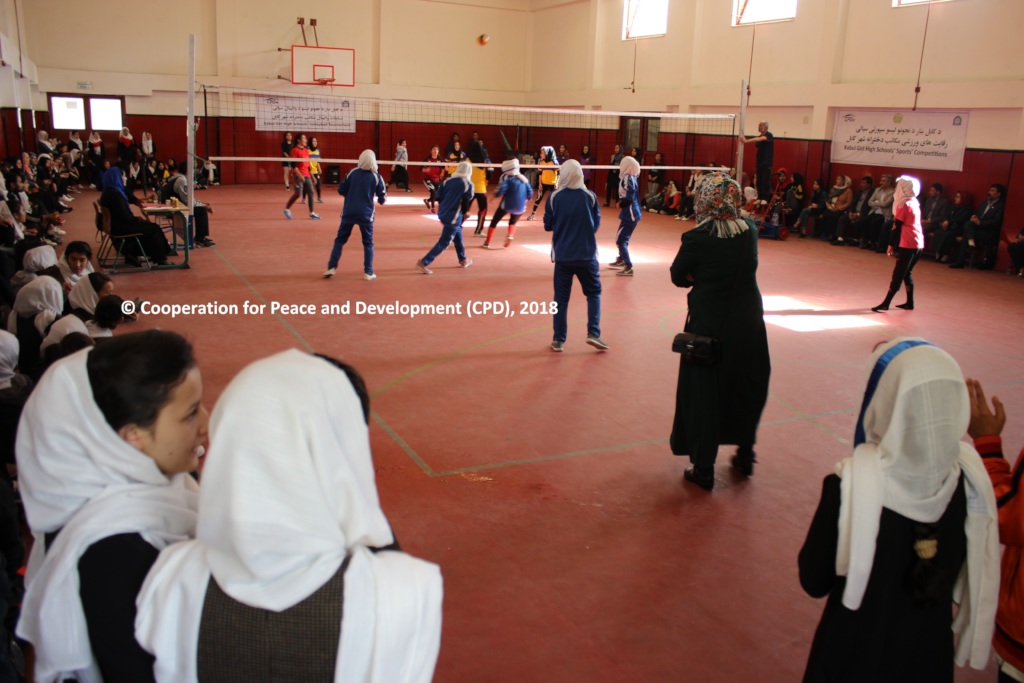 As mentioned in our previous report, girls’ sports tournaments are gradually getting institutionalized as a sustainable process, however, insecurity and lack of financial resources are key challenges. Basketball was added to the series of competitions in spring – summer round of 2018 and fortunately, CPD was able to continue the competitions in both the fields (volleyball and basketball) in the autumn round as well. Luckily, a boys’ futsal tournament was also organized in autumn 2018 aimed at prevention of Gender Based Violence and using the hashtag #HeforShe. Inclusion of male members of communities has been proved effective in fighting street harassment and fighting to ensure the very basic right of women and girls to access public spaces, recreation, edutainment and assembly.

In the lines below, we summarize volleyball competitions of autumn round tournaments:

In the volleyball field, 16 teams participated in the tournament, which was organized in double knock out system comprised of 28 matches happened from 7 to 27 October, 2018. Participating teams were as follows:

Comparing this tournament with the one organized in spring-summer round, number of teams has increased from 10 to 16.

Result of the 20 days long competitions were as below:

Worth to mention that Ayesha-e-Durani girl high school hosted organizing the volleyball tournament of girls’ teams. As before, the tournament was organized in a professional way with opening and closing ceremonies that were attended by officials of different departments of MoE, National Olympics Committee, players, coaches, parents, teachers and students. Winners were awarded with cups, medals, gifts and appreciation letters and media coverage was provided by invited broadcast media.

Details on other two tournaments (girls’ basketball and boys’ futsal) of the autumn round 2018 will be shared in next reports. We enthusiastically look forward to this year’s (2019) activities to get momentum to the already started initiatives. 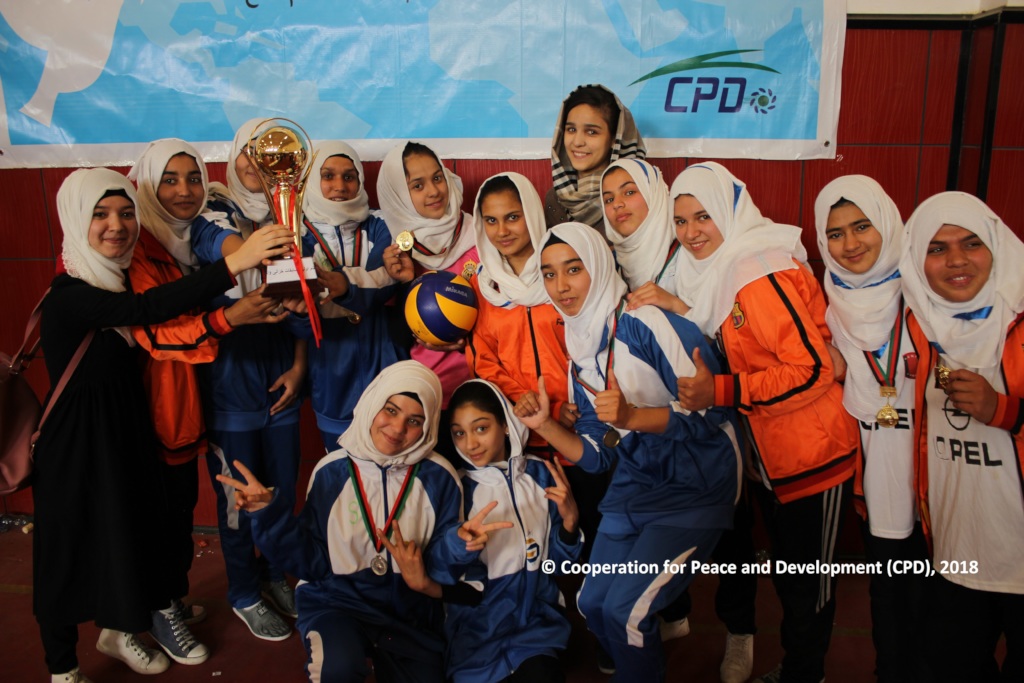 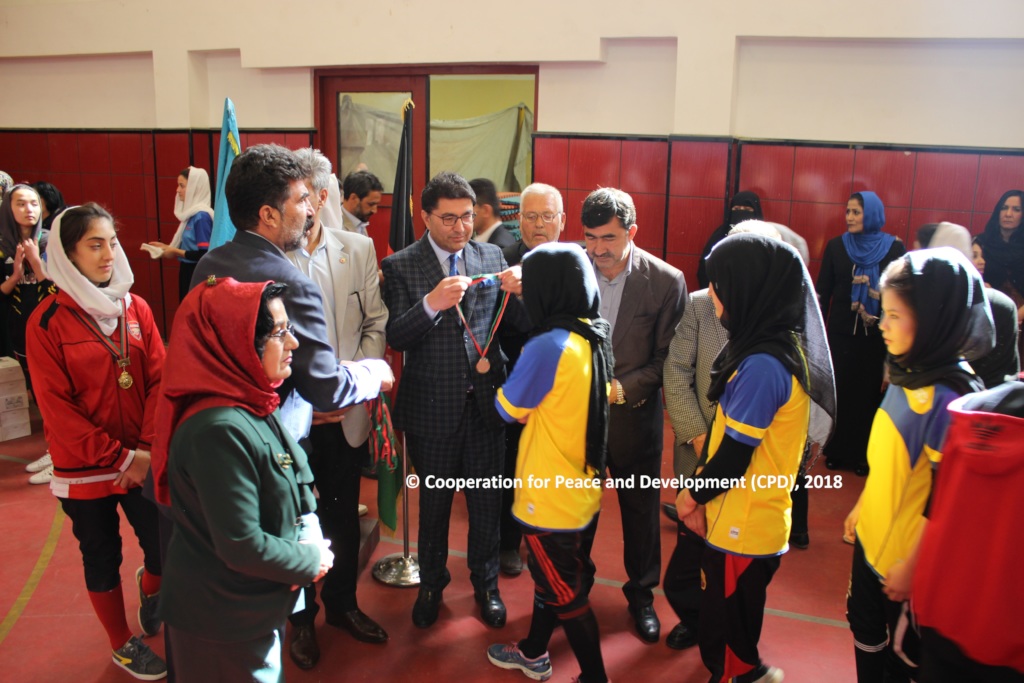 Sooria at the second rank of volleyball tournament 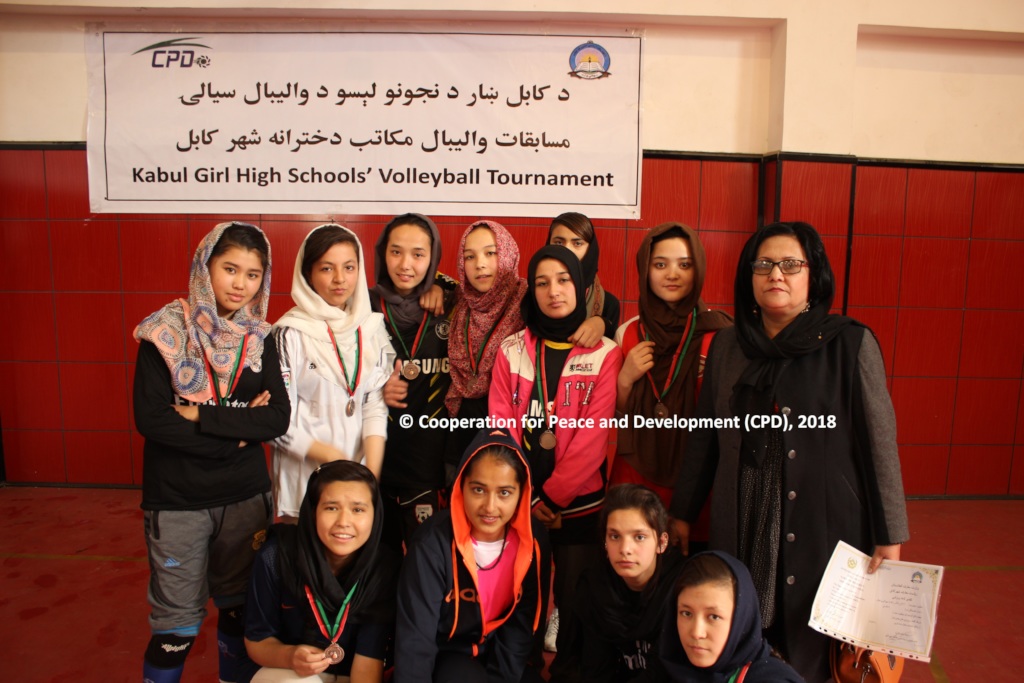 Durkhanay, the third in volleyball competitions

Cooperation for Peace and Development (CPD)

Donating through GlobalGiving is safe, secure, and easy with many payment options to choose from. View other ways to donate
Cooperation for Peace and Development (CPD) has earned this recognition on GlobalGiving:

GlobalGiving
Guarantee
Donate https://www.globalgiving.org/dy/cart/view/gg.html?cmd=addItem&projid=24213&rf=microdata&frequency=ONCE&amount=25
Please Note
WARNING: Javascript is currently disabled or is not available in your browser. GlobalGiving makes extensive use of Javascript and will not function properly with Javascript disabled. Please enable Javascript and refresh this page.