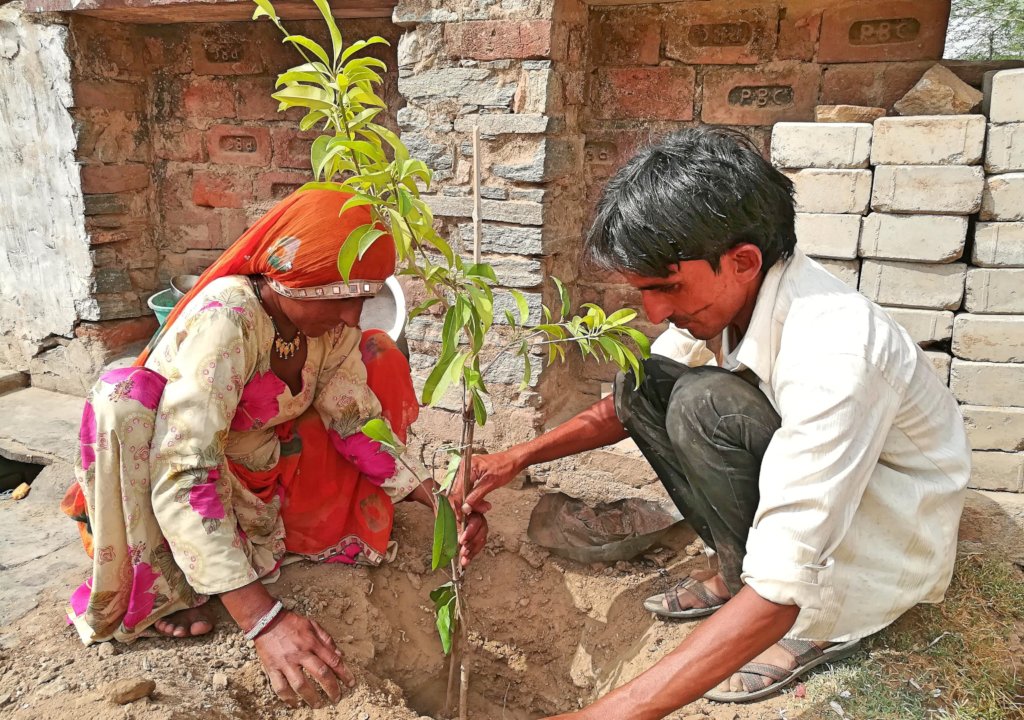 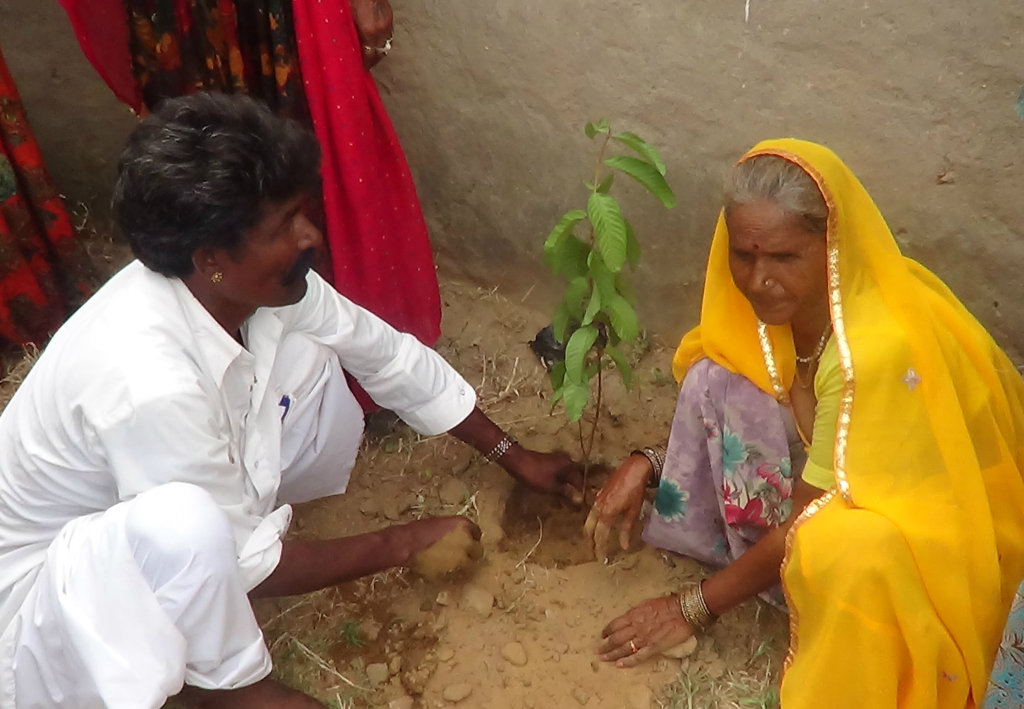 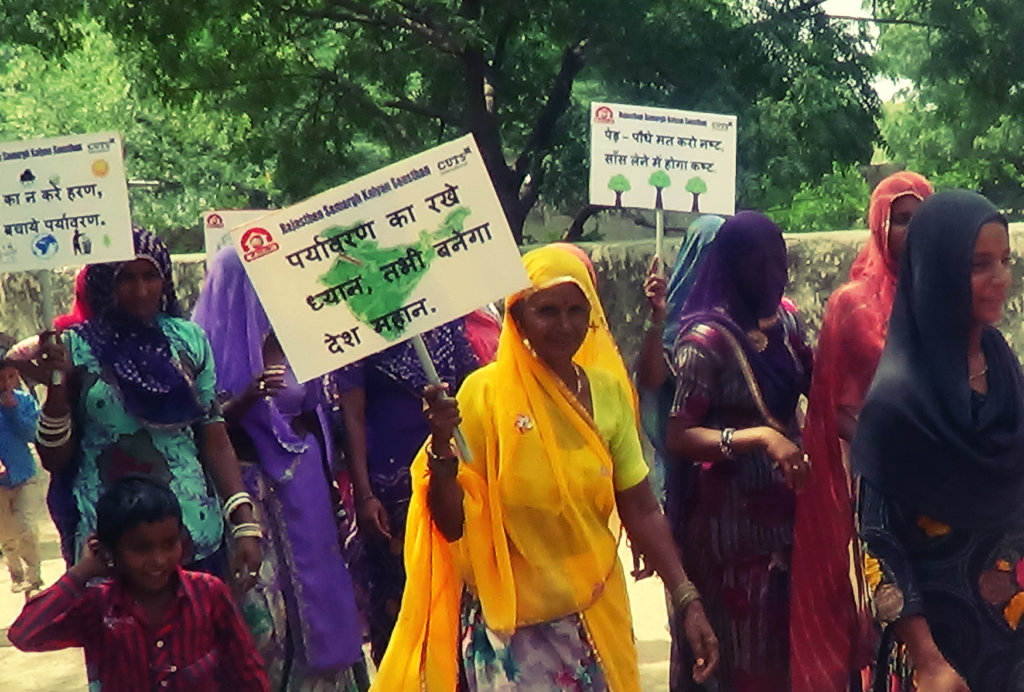 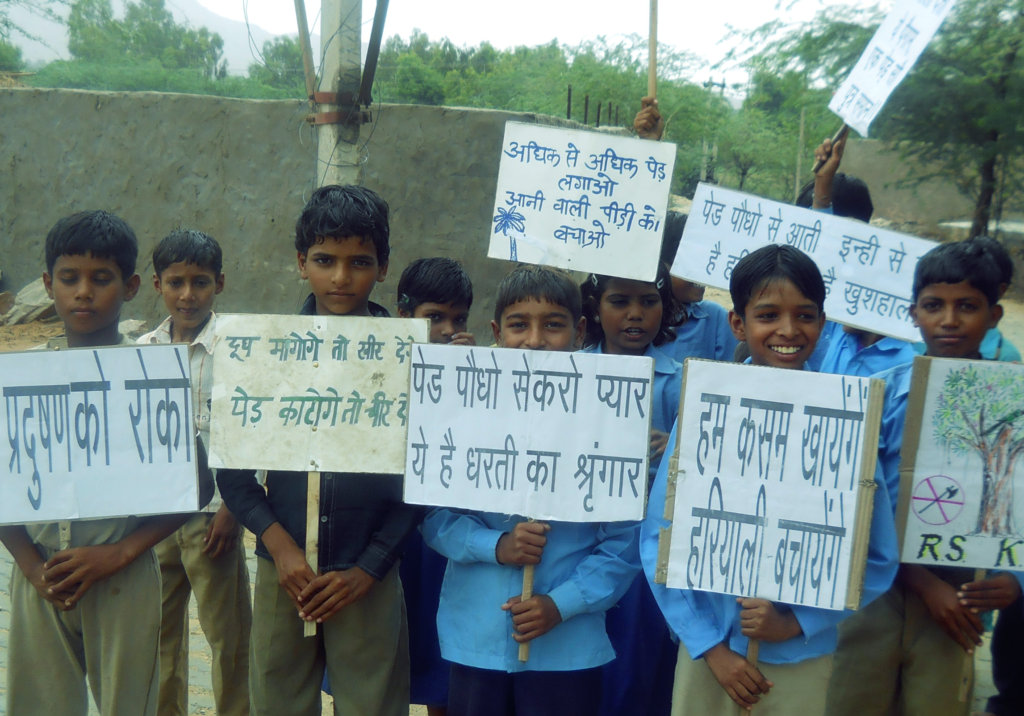 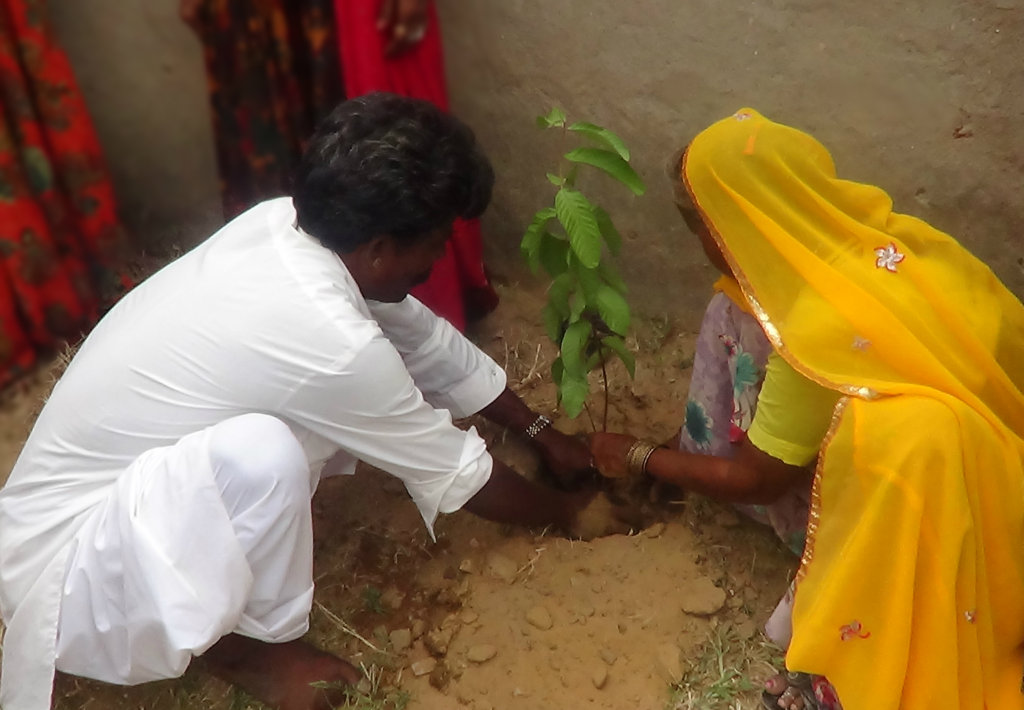 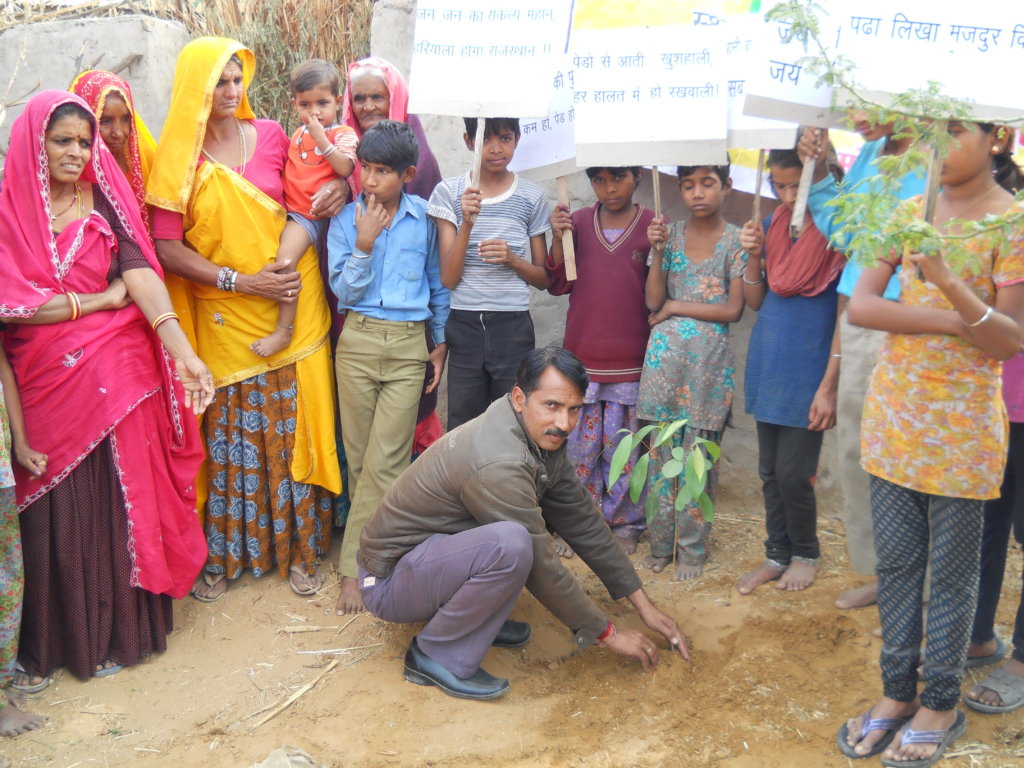 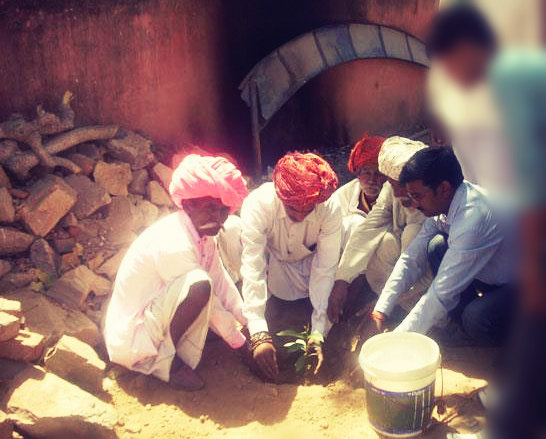 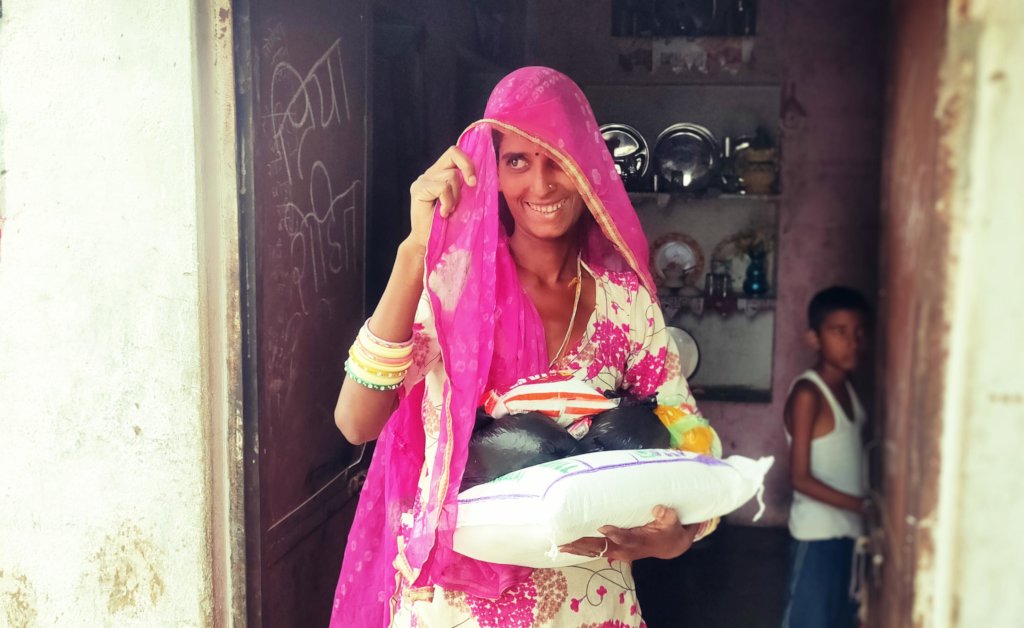 A Little Impact from Ground.....

Urmila, 27 (Name Changed), who lives in an inaccessible rural area and is from a marginalized community. Urmila has husband and four children in her family. Her husband does farming work for income but that is not enough to meet the family's expenses. Shanu Devi has to face many problems due to very pathetic situation of the family.

In the situation of total COVID-19 lockdown, her family faced many difficulties. Urmila's husband lost his employment and the situation started getting worse during the time of Lockdown. Her husband was unemployed and sitting in the house which created the shortage of ration problem.

Ration material distributed to Shanu Devi as part of the massive relief program being run by the RSKS India. This ration material kit had daily needed material which secured three week food supply and two meals were scheduled on time for Urmila by RSKS India. Urmila is grateful, who incidentally managed to ensure their family's food security. 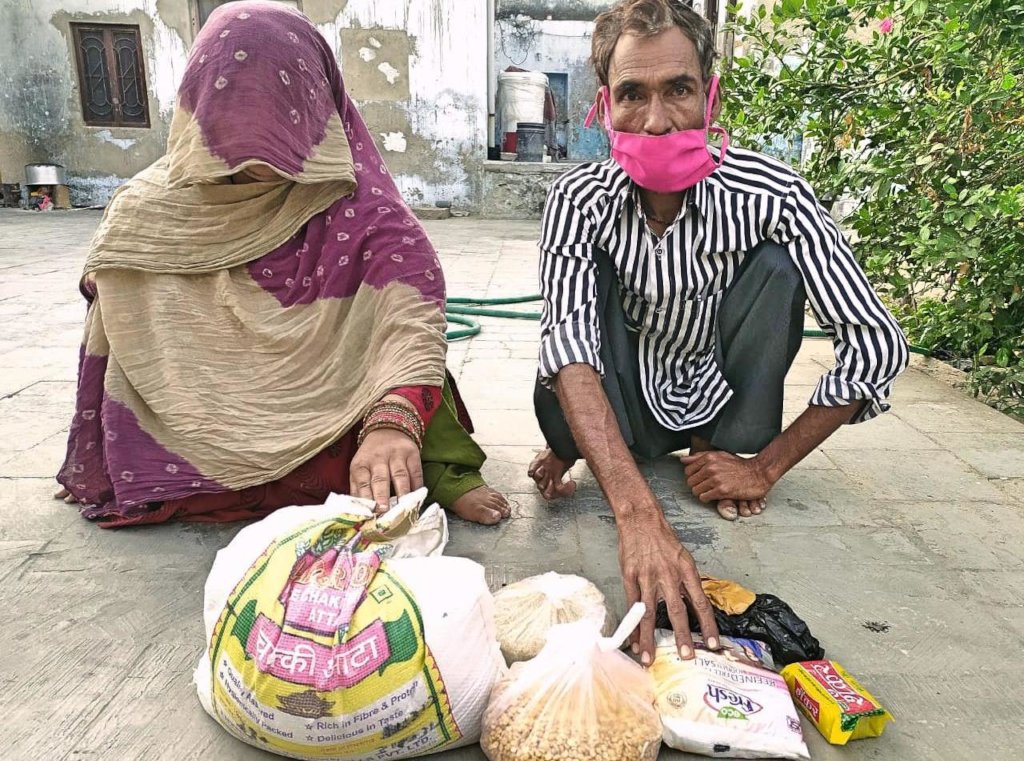 We are share the Some Relief Impact Stories from Ground in this Report.

Hamida (Name Changed), a resident of Remote village in Ajmer, is a 39 - year-old woman who is disabled with both legs since birth. Hamida is a married woman and her husband sultan is also disabled by both legs. Hamida has to face a variety of problems due to the poor condition of her family. Even after being handicapped, Hamida with both hands do the work of sewing and earn some of the income. Her husband also does labour work in order to earn some income.

The time of covid-19 became a crisis for Hamida as when the whole country was in the condition of the lockdown, her husband was unemployed and was sitting at home. Income of Hamida was also stopped as she was not getting any sewing order. In this time of crisis, they faced shortage of ration. They did not get any help from anywhere, which made the situation worse.

In the meantime, the RSKS India gave a helping hand and distributed ration to Hamida, with this ration material, their fifteen days food supply was secured and they could get food for two times. Now they do not have to depend on others for ration. Hamida expresses her heartfelt gratitude as because of them her food supply is protected.

The Motilal's Story from Ground......

35 years old, living in small village Arjunpura, is a disabled man named Motilal (Name Changed) and he lives in a joint family. Despite being disabled, Motilal never lost courage. Motilal has wife and three children in his family and he is responsible for the upbringing of his family members. Even after being disabled, he goes to work in NREGA and daily wages. Due to low income, the situation of Motilal's family is pathetic.

Due to the lock down everywhere because of Covid-19, the condition of daily wage laborers in the village became very bad due to  NREGA work being closed.Motilal became unemployed and he started facing financial problems. Also due to the lock down, the problem of eating at home started coming.

Ration distribution work was done on a large scale by the RSKS India at the time of lock down. As part of this relief campaign, the ration kit was distributed by RSKS India to Motilal and his family and because of this they were able to get two timefood and his two week food supply was ensured. With this small support from RSKS India, Motilal's face returned to happiness. 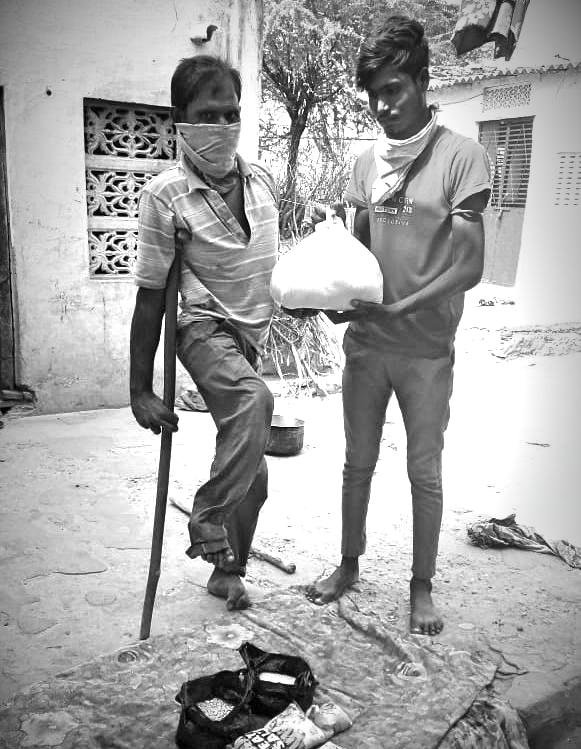 An Story of Sohni from Ground....

41 Years old Sohni (Name Changed) lives in a remote village called Nuriyawas. She lives with her two children. The responsibility of raising her children is only on her. Sohni grazes the cattle in order to earn. Many times there were situations when she had to face financial problems and because of this her younger son started doing labour work in order to help in the financial expenses of the family.

The Muskan's Story from Field..... 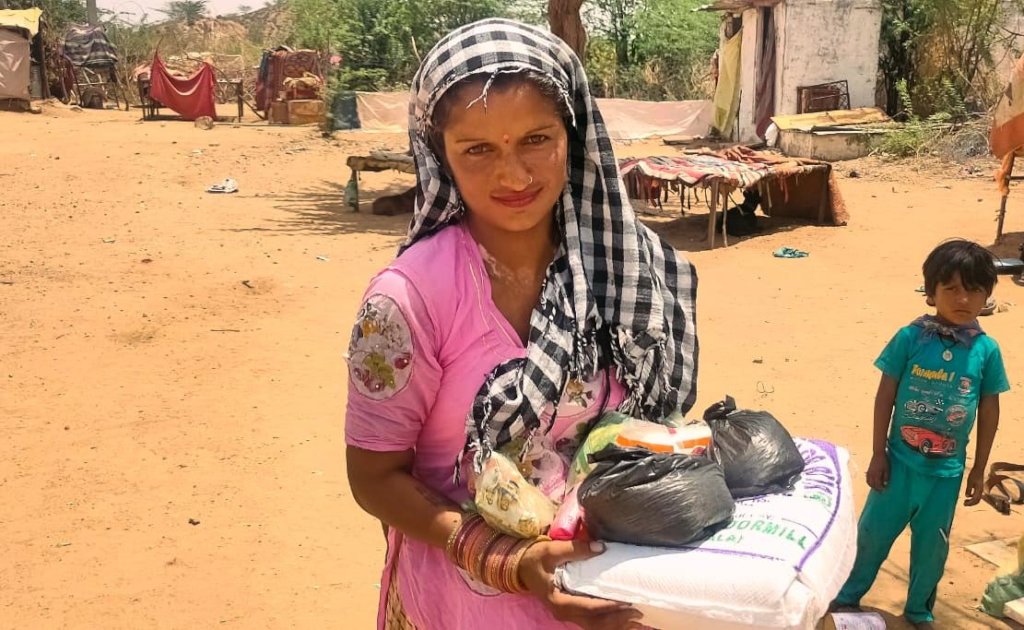 Even in a very poor and deprived community, 32-year-old Muskan (Name Changed) lives in the inaccessible region of Kadel village. Muskan's husband earns by daily hauling vegetables etc. Muskan has three children in her family. Muskan lives in a hut and is in a very pathetic condition.

Muskan had to face financial crisis at the time of lockdown because her husband's employment was stopped and some work could not be done while sitting at home. Along with the financial crisis, the problem of shortage of ration was also started. Seeing the pathetic situation, the neighbors supported the ration, but as the lockdown started increasing, the problem started increasing. After some time the neighbors also stopped cooperating, after which Muskan faced a lot of problem.

Meanwhile, RSKS India supported the needy while keeping humanity alive and in this episode Muskan also got ration material. Among these ration materials were flour, pulses, rice, spices, salt, oil etc. It ensured Muskan's & children food safety for Three Week and also she was able to get food on time.

The Stories from Ground..... 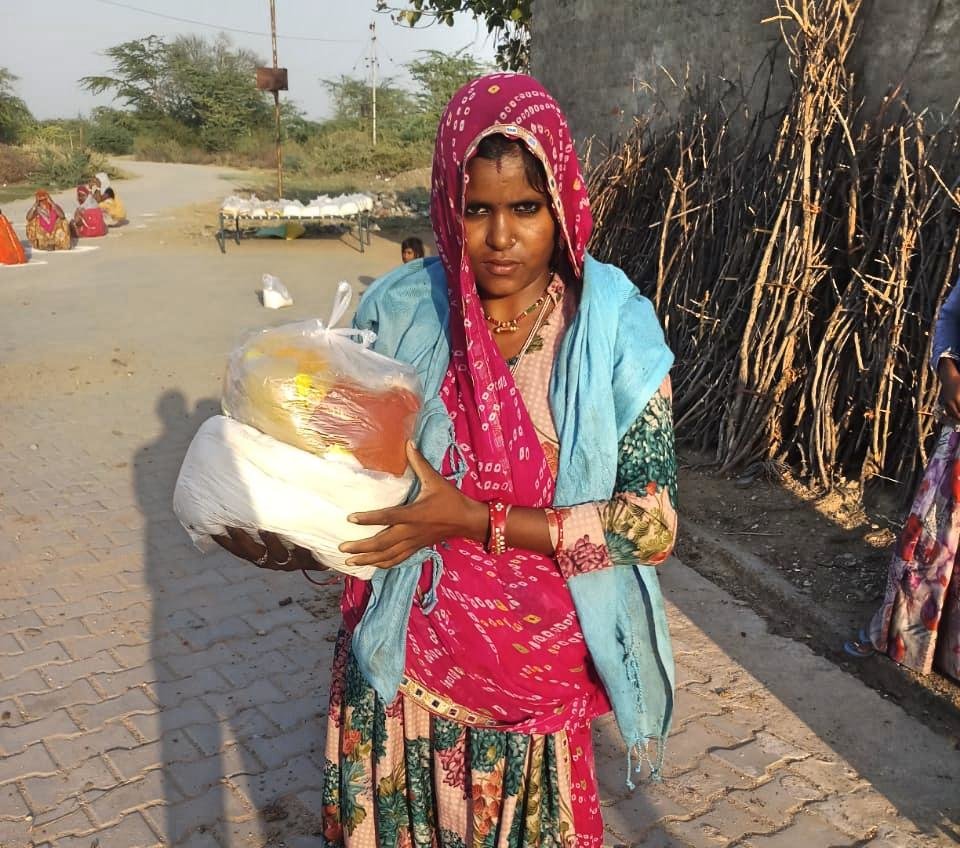 35 -year-old Rohan (Name Changed) , who lives in the village Rajgarh, is disabled since birth, lives in a home with his parents. Right from birth, Rohan had to face a variety of problems due to his disability. Even for his own work, he is dependent on her mother and her mother spends the whole day working and taking care of Rohan. Rohan’s father grazes the cattle in the village and earns some income, which helps to keep the house expenses.

During the Covid-19 pandemic, Rohan and his family had to face a variety of problems. His father became unemployed during the time of COVID-19 lock-down, due to which he started having problems of eating and drinking and Ration. Also there was a time when there was nothing to eat in his house, no one came forward to help Rohan and his family and Rohan was struggling with his family problem.

During this time, RSKS India gave them a helping hand and distributed ration materials to Rohan’s Family under the relief program of the organization. The organization distributed ration materials like flour, pulses, rice, spices, soap oil, etc. And by this their 15 - day Ration food supply was secured. During Lockdown, Rohan and his family got ration and now they can live without fear.

Mamta, a 26-year-old woman (Name Changed) from tribal community living in the Jalia second village of Masuda block, has a husband and two children in her family. Husband goes to work of Labour and Mamta herself has to do labour work because her family condition is pathetic. Due to COVID-19 lockdown, Mamta faced a lot of problem because of the stoppage of labour work and then they had to face the shortage of ration material in the house.

Due to lack of employment, there were problems in the upbringing of the family. Due to Lockdown their work of their family came to a standstill.  Daily the problems were increasing. Mamta and her husband began to worry that how they will be able to raise children.

Meanwhile, under the relief program conducted by RSKS India, Mamta also got relief material. Under the relief material, Mamta got ration material like flour, pulses, rice, spices, soap oil, etc. From this ration material, the food security of their family got secured and 15 days food supply was ensured and their children could get food on time. Mamta is thankful, as they came as an angel in this time of crisis.

** Name & Location is Changed due to Confidentiality** 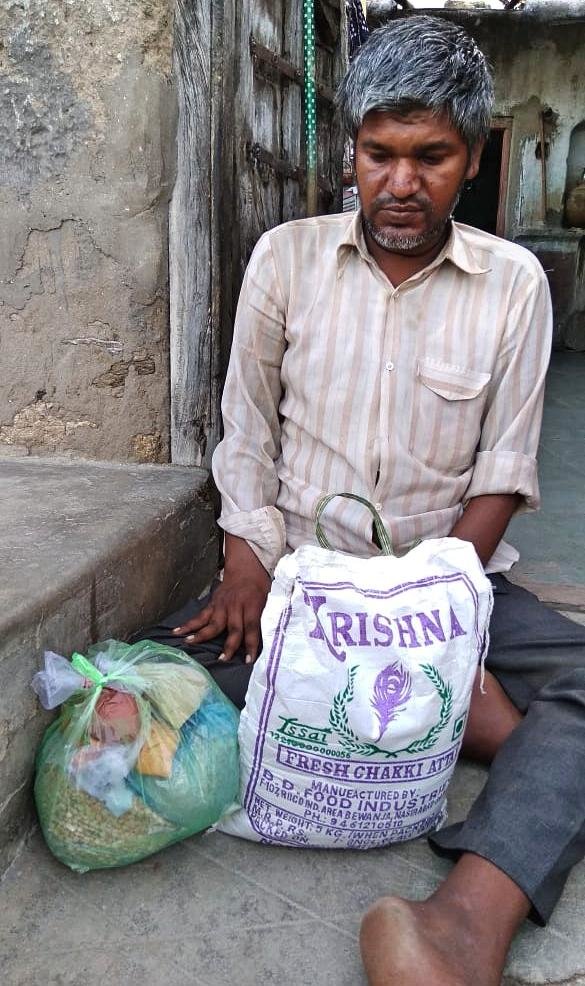 GlobalGiving
Guarantee
Donate https://www.globalgiving.org/dy/cart/view/gg.html?cmd=addItem&projid=23759&rf=microdata&frequency=ONCE&amount=25
Please Note
WARNING: Javascript is currently disabled or is not available in your browser. GlobalGiving makes extensive use of Javascript and will not function properly with Javascript disabled. Please enable Javascript and refresh this page.