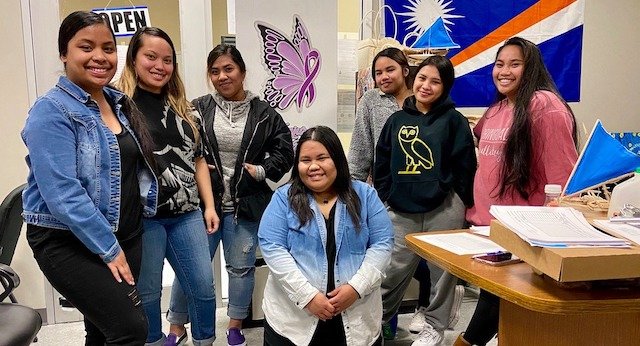 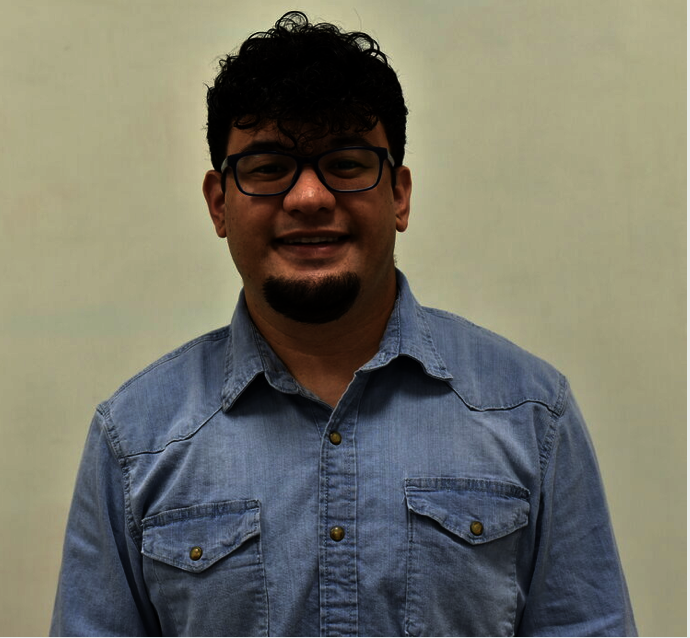 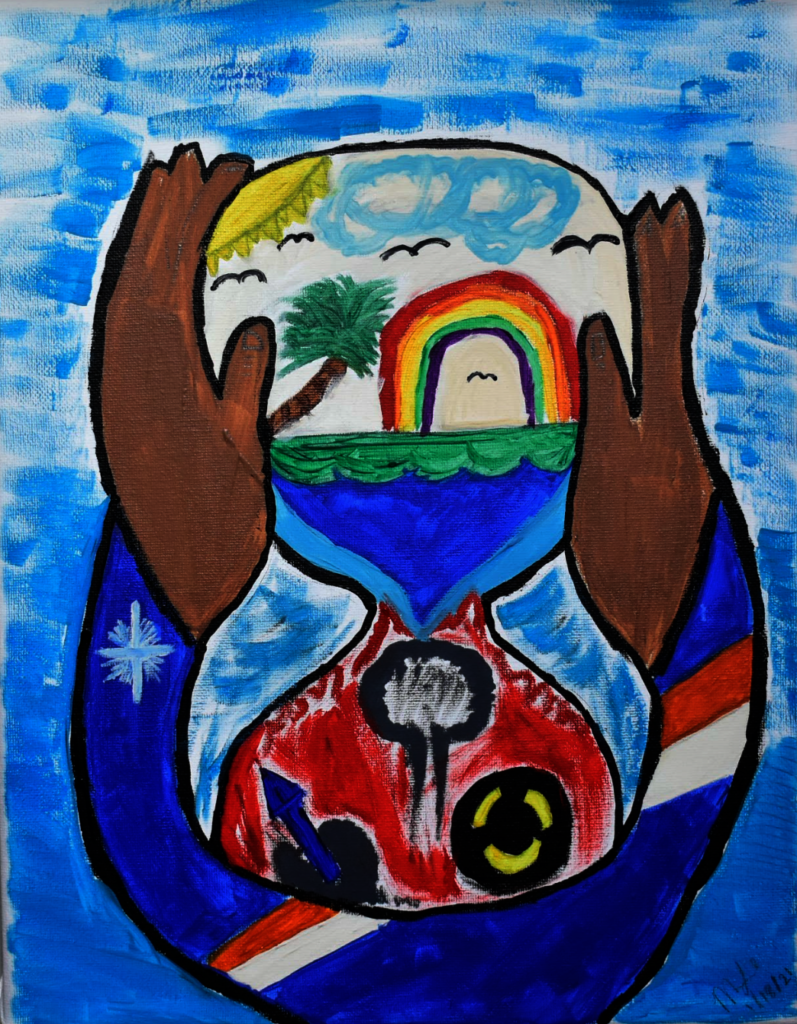 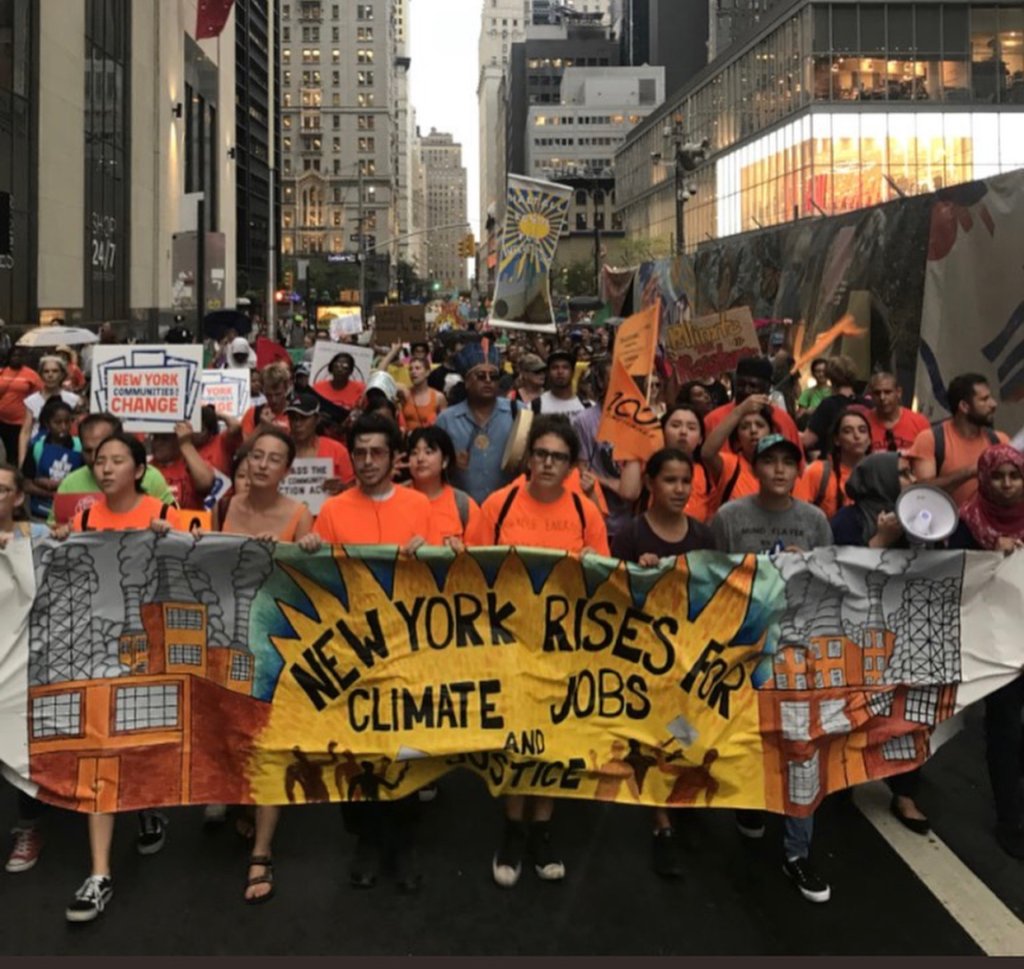 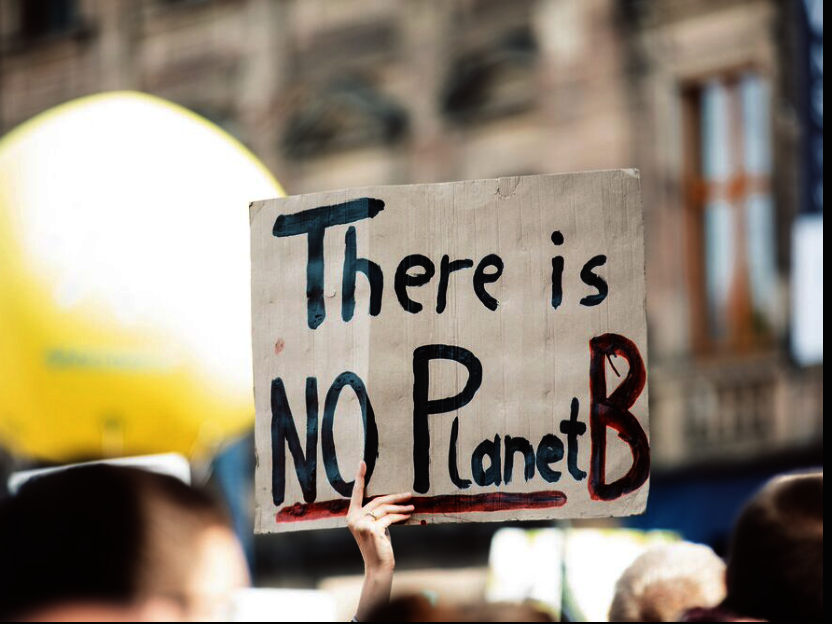 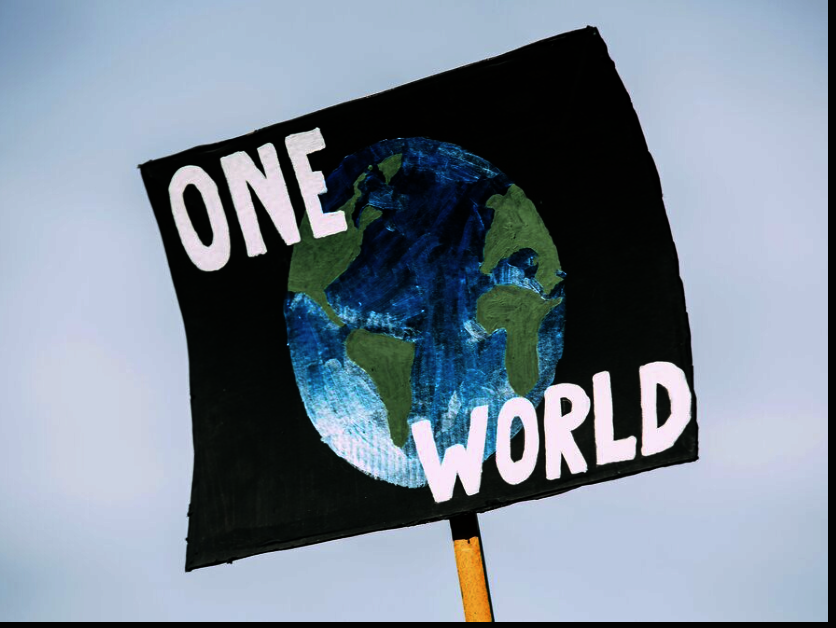 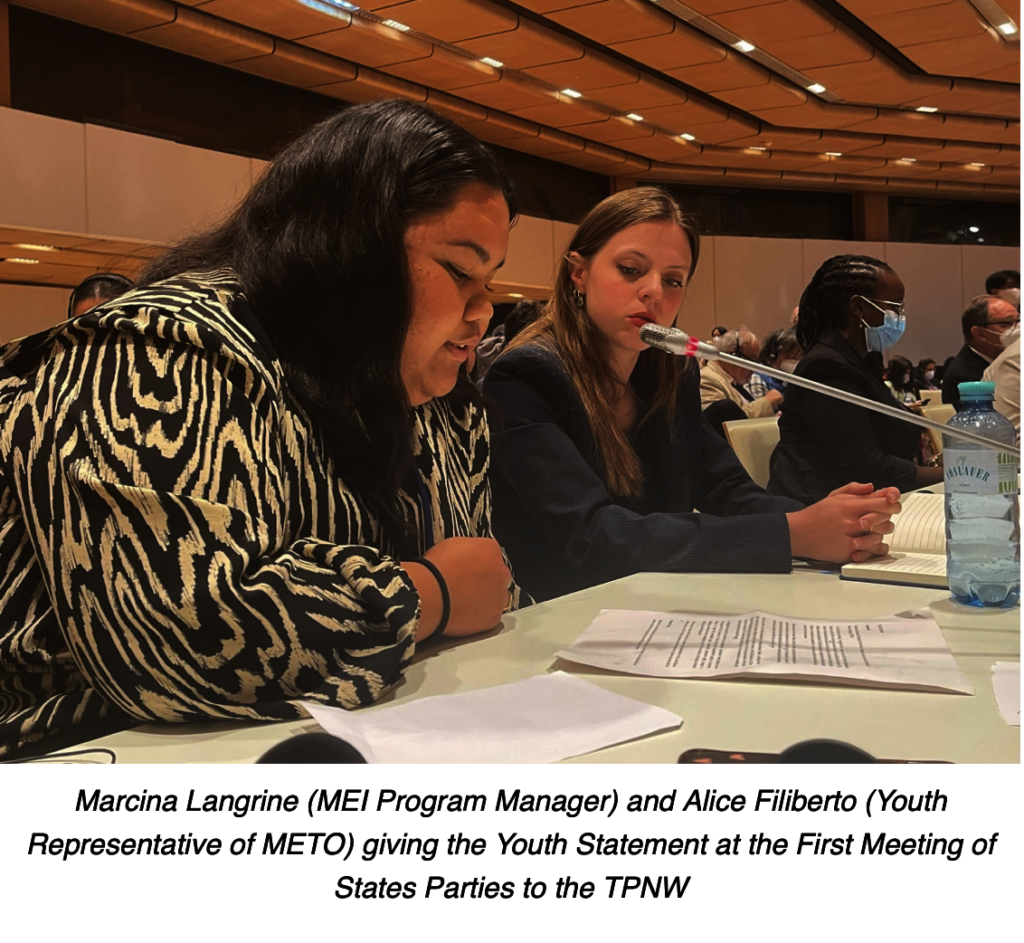 A lot has happpened since the last report.

We had the privilege of attending three momentous conferences pertaining to the twin existential threats of nuclear weapons and climate change, most notably the First Meeting of States Parties to the TPNW. At these conferences, our youth were predominantly tasked with updating the RTT social media by live tweeting and curating Instagram posts as well as assisting Christian and Danielle with preparations for side events. These events included “Addressing Victim Assistance, Environmental Remediation, and International Cooperation in Accordance with the TPNW Articles 6 & 7" and “The Pacific Bure: Sheltering Our Homes and People From Nuclear Threats.”

On June 17th, the Nuclear Age Peace Foundation, Reverse The Trend: Save Our People, Save Our Planet, and the Embassy of Ireland convened a Youth Orientation at the Irish Embassy in Vienna. This Orientation was aimed to prepare the RTT Vienna Youth Activism Team and additional youth activists to attend Nuclear Ban Week and give them the opportunity to engage with pressing intersectional issues related to the twin existential threats of nuclear weapons and climate justice. We were fortunate to have a fantastic array of speakers present at the Orientation, including: H.E. Ambassador Eoin O'Leary of Ireland; Daniel Roethlin of Austria; Marco Negrete Jimenez of Mexico; Seth Shelden of ICAN; Veronique Christory of the ICRC; Sueichi Kido and Leshima Masashi, two representatives of the Japan Confederation of A- and H-Bomb Sufferers Organizations; Dr. Vincent Intondi of the Institute for Race, Justice, and Civic Engagement at Montgomery College; Edwick Madzimure of WILPF Zimbabwe; and NAPF President Dr. Ivana Nikolic Hughes. The Youth Orientation was a success, and the youth reported that the speakers inspired and equipped them for the week ahead!

Several of our youth coordinators also directly contributed their voices to these important conferences. The wonderful Rooj Ali spoke powerfully at "ICAN get my city's support," a workshop at the ICAN Nuclear Ban Forum centered on connecting activists at the local level to build up the stigma against nuclear weapons and build the movement to resist them. She eloquently shared parts of her experience of getting her own city — Winnipeg, Canada — to sign the ICAN Cities Appeal in the hopes of helping others to do the same in their own cities. We are all very proud of Rooj!

The incredible Benetick Kabua Maddison, RTT Advisor and Assistant Director of the Marshallese Educational Initiative, also shared his personal story and searing insights on the nuclear disarmament movement at several events throughout the week. At the ICAN workshop "My story is more than my picture" on Sunday, June 19th, Benetick joined Mary Dickson and Janene Yazzie, two fellow nuclear disarmament activists who are advocates for radiation-exposed individuals and their respected commun, in discussing how campaigners can engage more meaningfully and respectfully with those impacted by nuclear weapons production, testing, and use.

Later that day, Benetick introduced "A Journey Home," a powerful animated film he played an instrumental role in creating, based on the poem of the same name written by six Marshallese students — ranging from high school to undergraduate age — living in Springdale, Arkansas and reflecting on the many meanings of home: as Arkansas, as the Marshall Islands, and as Earth that needs to be protected and cultivated for the next generation. This film was a colorful and heart-rending testament to the devastating humanitarian and environmental impacts of nuclear weapons use and testing on the Marshall Islands, and Benetick's introduction rendered it all the more poignant.

We were all awed by Benetick's eloquence and his powerful words about nuclear weapons use and testing and climate change as mechanisms of "cultural genocide."

The momentum continued as the RTT Vienna Youth Activism Team attended the highly anticipated First Meeting of States Parties to the TPNW, an historic event in which the Team was thrilled to participate. For instance, several of our representatives spoke at at the side event "Addressing Victim Assistance, Environmental Remediation, and International Cooperation in Accordance with the TPNW's Articles 6 & 7."  Both Christian N. Ciobanu and Benetick Kabua Maddison discussed the importance of adequately implementing the positive obligations of the TPNW alongside Alimzhan Akhmetov, Founder and Director of the Centre for International Security and Policy; Kairat Sarzhanov, the Director of the Department of International Security at the Ministry of Foreign Affairs of the Republic of Kazakhstan; Bonnie Docherty, Associate Director of Armed Conflict and Civilian Protection and a Lecturer on Law at Harvard's International Human Rights Clinic; Erlan Batyrbekov, the Director of the National Nuclear Centre of Kazakhstan; Karipek Kuyukov, a survivor of the nuclear testing in Semipalatinsk and an artist; Dmitriy Vesselov, a Semipalatinsk nuclear-testing survivor; Dr. Ivana Nikolic Hughes, President of the Nuclear Age Peace Foundation; H.E. Teburoro Tito, the Permanent Representative of Kiribati to the United Nations; Hirotsugu Terasaki, the Executive Director of Peace Affairs at Soka Gakkai International; and Rebecca Jovin, the Chief of the UNODA Vienna Office. This side event was a success and illuminated a myriad of important perspectives on Articles 6 & 7 of the TPNW and the importance of centering the positive obligations in discussions about the TPNW.

Additionally, Reverse The Trend had the opportunity to co-host a side event alongside yDISARM for a better future, RTT Pacific, ICAN Australia, NAPF, MISA4thePacific, MEI, USPSA, Peace Movement Aotearoa, USP Human Rights Alumni, and the Mission of Kiribati entitled "The Pacific Bure: Sheltering Our Homes and People From Nuclear Threats." During this Pacific-centric discussion of the TPNW and the broader nuclear threat, speakers explored the concept of "bure," or home, and illuminated how Pacific organizations are banding together to shelter their people from nuclear threats. Time was also set aside to showcase paintings and other types of artwork created by Marshallese youth exploring the topics of nuclear testing and climate change in the Marshall Islands. This colorful and heartfelt artistic display proved profoundly moving and is depicted in the above photograph from the event.Moreover, Marcina Langrine of the Marshallese Educational Initiative amazed us all when she gave the Youth Statement at the First Meeting of States Parties to the TPNW alongside Alice Filiberto in which they called upon those present to "recognize the importance of youth empowerment in further universalizing the TPNW." The Youth Statement was a success and powerfully stressed the necessity of centering and amplifying youth voices — namely the voices of youth from marginalized communities — in efforts to more effectively implement the TPNW. Marcina spoke beautifully, and we are all very proud of her accomplishments!

RTT youth participants and coordinators alike were struck by the week's events in more ways than one. Almost all participants reported feeling inspired and expressed that they left Vienna imbued with a newfound hope in the feasibility of achieving global nuclear abolition. The sheer number of people in attendance at the Nuclear Ban Week impressed numerous youth and coordinators, including Danielle Samler and Christian Ciobanu.RTT Coordinators Christian Ciobanu and Danielle Samler shared the following eloquent reflections regarding the Nuclear Ban Week: "It was truly inspiring to see so many people in attendance for Nuclear Ban Week. Especially with the pandemic, the last couple of years there has not been much physical interaction among civil society and diplomats alike and it can be easy to forget just how many of us there are fighting for the same cause and working together towards a nuclear free world. Seeing so many people there in full support and hearing about the incredible work everyone has been doing was truly moving. It gave me hope that one day we will be able to achieve our goal, but we will only be able to do it together."Marcina Langrine of the Marshallese Educational Initiative felt similarly, stating that "being part of 1MSP/the Nuclear Ban Forum experience left me feeling inspired, energized, and hopeful. Being in a space with 600 individuals from all different parts of the world with one goal in mind, a world without nuclear weapons, was such an experience. (...) We're only going to get stronger from here."In the wake of this successful week in Vienna, we already looking towards August, when the Tenth NPT Review Conference will take place in New York and which several of our coordinators and youth will be attending. The path to achieving nuclear abolition is in no way linear, but with the adoption of the Vienna Declaration and a strong outcome document, the future looks bright.

Thank you for everything and please continue your support! 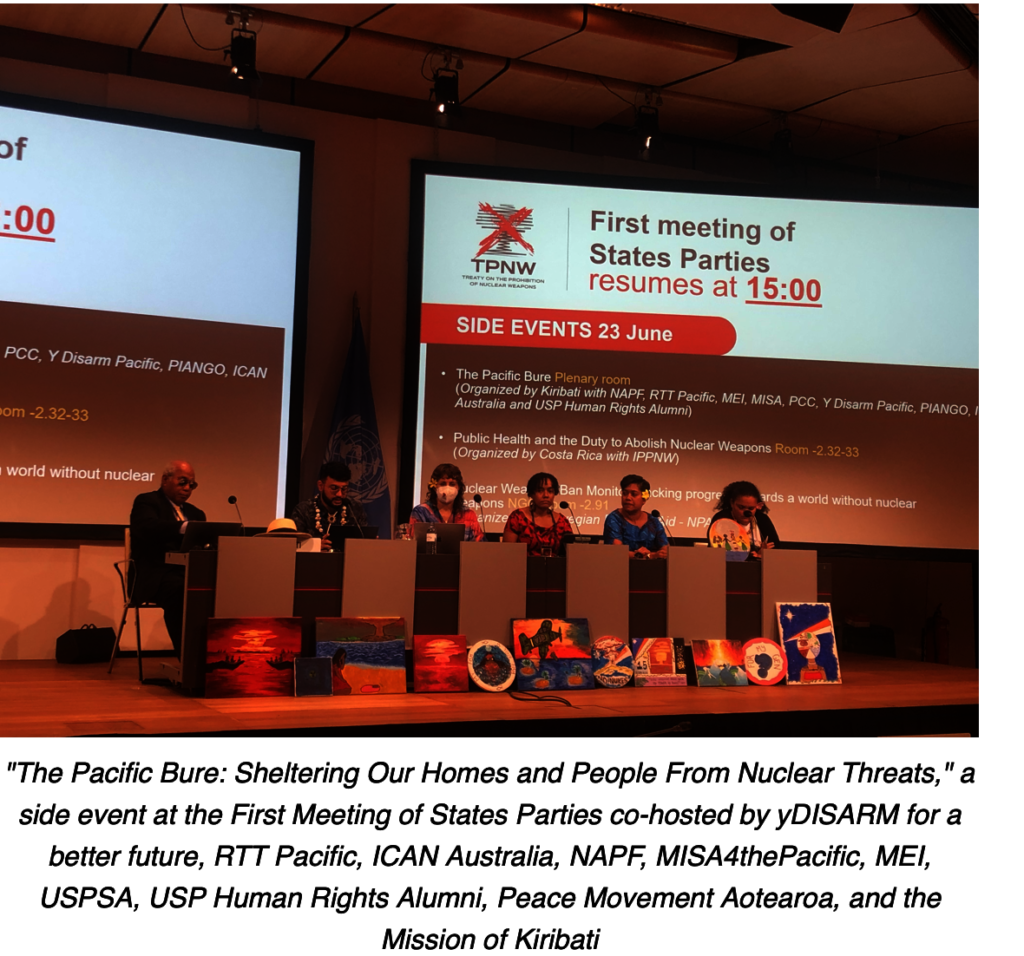 The Pacific Bure Side Event 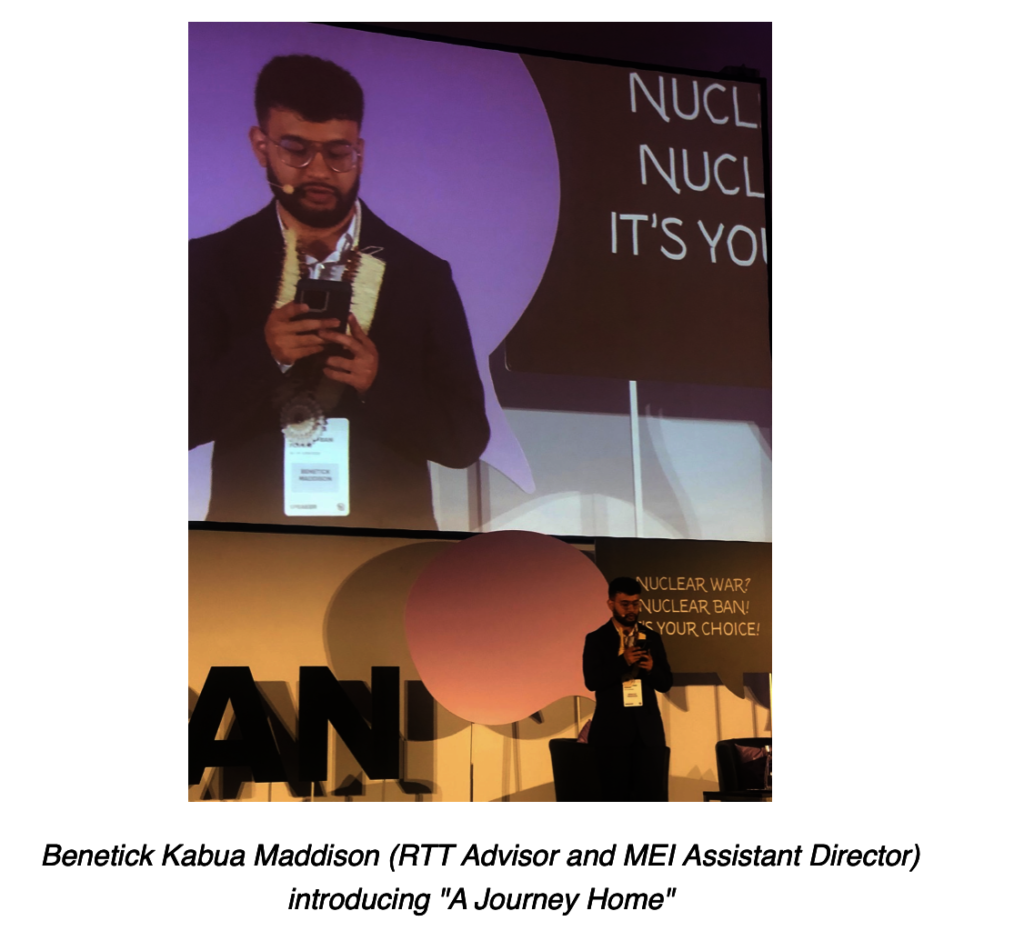 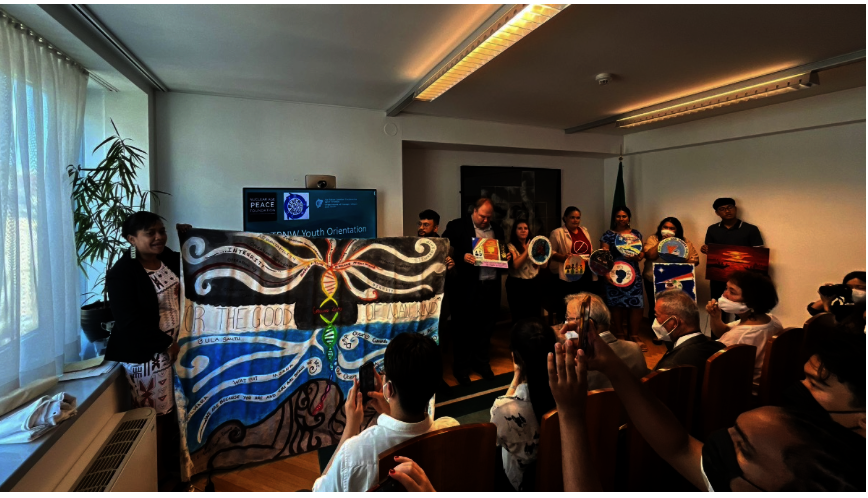 Art Presentation at the Youth Orientation

GlobalGiving
Guarantee
Donate https://www.globalgiving.org/dy/cart/view/gg.html?cmd=addItem&projid=51439&rf=microdata&frequency=ONCE&amount=25
Please Note
WARNING: Javascript is currently disabled or is not available in your browser. GlobalGiving makes extensive use of Javascript and will not function properly with Javascript disabled. Please enable Javascript and refresh this page.