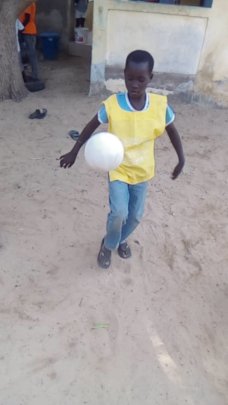 This month, Vieux our supervisor (for his love of football) had a really nice initiative by organizing a Juggling competition.

Since kids are passionate soccer fans and know above all, football stars such as Lionel Messi, Sadio Mané, Ronaldo, Mbapé, Vieux and Cheikh, found that would be very funny to organize that tournament.

That was a real moment for children to express joy and solidarity between themselves.

We know that Education is much more important, but there are some talented kids who will need to be identified and express their abilities. For our part, we will have to encourage developing that talent.

Before starting the competition, Vieux met Khali Diaw the coach of Medina Marmiyale (local football club in Darou). Vieux’s idea was very welcomed by him and every Saturday and Sunday, he came to train kids to try with balls.

In Africa, football is one of the most popular sports, for example, in all the neighborhoods, young people used to gather together, close to houses, in any kind of space which can serve as a yard, in order to play soccer.  And during the World Cup, everyone is busy, watching TV or listening to the radio if they don’t have TV;

After three weeks 3 weeks of training, we chose 12 young very talented and we bought jerseys and candies in order to offer them to winners and supporters altogether.

Six groups of 2 had to start the competition. Each participant had 30 seconds to show the best of him and the winner of each little group was qualified to the next step.

Then we had three groups of two. The competition was very tight at that stage but we finally had our three finalists. One of them was automatically eliminated by the public but nevertheless he benefited of a soccer jersey (Which was really cool : )

And then we came to our two heroes Adama and Bachir.

Vieux did a very special introduction of our two winners before the results. Supporters were shouting and clapping their hands saying like: Allez! Go! LOOOOOL

Well the tournament was over, Adama won the competition and as there were remaining two beautiful jerseys, he chose another one as a gift for his little brother.

The losers were encouraged and they enjoyed their candies.

The coach Khali congratulated all the team members for that initiative and children for their efforts;

Also he found several kids with real potential to develop in the future.

It was a great moment. 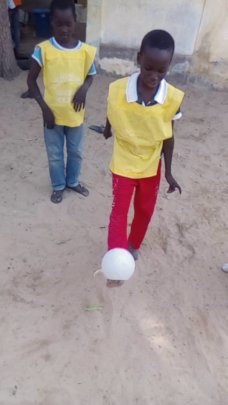 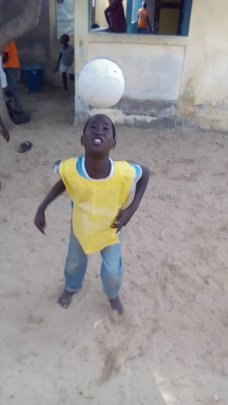 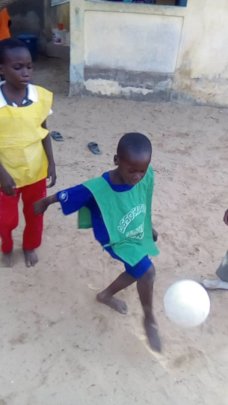 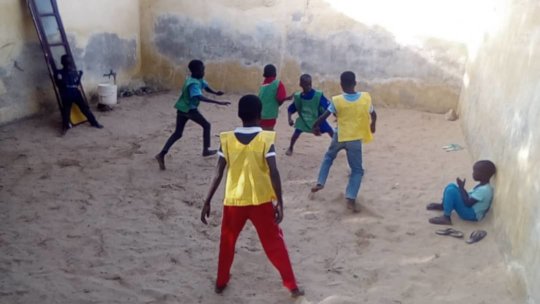 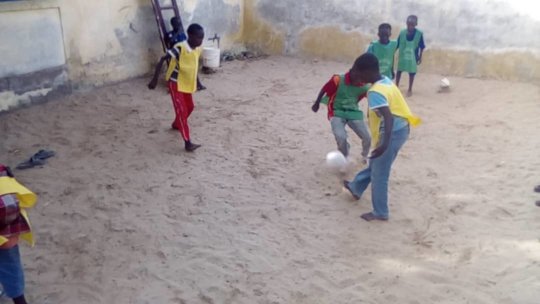 We are finishing our school year 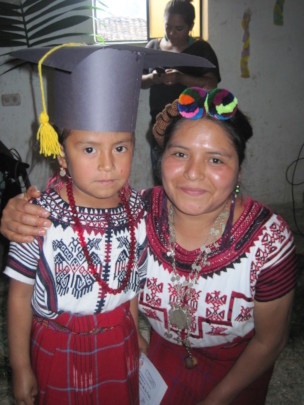 We are delighted to share with you our delight and satisfaction that we’ve completed another successful year of studies. The academic year came to an end on the 26th October, and our students have shown to us their great intelligence and how much they have learned over the year. As well as learning about colours, numbers and developing their writing skills, they are considerably more sociable. It’s incredible to see the advances that they have made during the year, as well as the knowledge that they have acquired. We are extremely happy with our children and above all, immensely proud of every single one of them.

We are also very proud to have worked and supported the communities which are in very rural and remote locations of our homeland of Guatemala, where the conditions are challenging, with trees, mountains as well considerable amounts of rain and mud.  It is in this difficult environment where our children live, and it is they who have the most need to learn and develop skills which will allow them to develop academically.

We are very grateful of everyone who supports our work, as your support shows that we are not alone in our mission to achieve our objective of providing high-quality education to our children in the regions with the most need. Many thanks as always for all of your valuable support!

We look forward to being in touch again soon and we wish you all the very best! 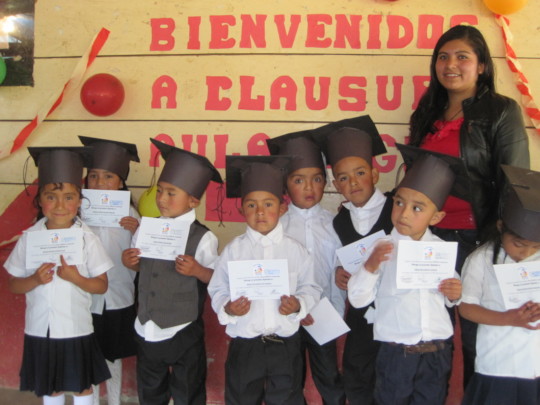 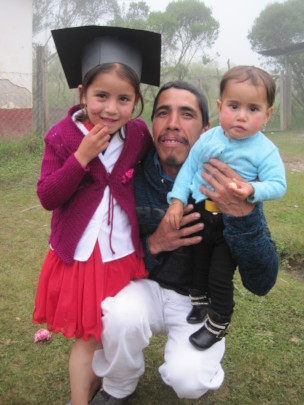 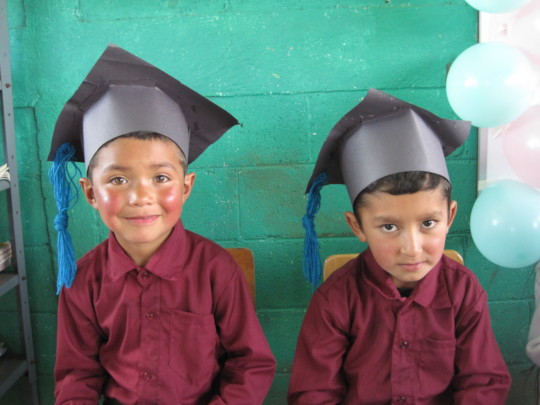 Hope and positivity for the future 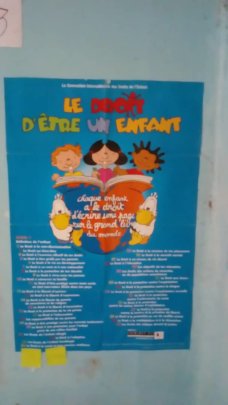 At 9 o’clock, our enthusiastic kids came in great numbers to the Center; first of all, they were playing foosball, while volunteers were arranging the classrooms. For that morning, our volunteers would like to increase awareness amongst children, regarding their own identity, their personality and choices in their life. That activity was divided into several categories. And there were lessons to be learned in each question.

After talking about the date, the weather and the program, the team started with personal questions involving their name, the age, their address and where they come from. Normally, each kid was supposed to answer in his own words and in full sentences. It’s a way to know where they are from, and also learn from other, local areas’ names, ethnical groups and so on.

It happened that, some of them didn’t really know where they come from and in those cases; we proposed to see the marabouts to have the right answers.

After introducing themselves and telling their address and origin, we asked them about their favorite sport and animal. It was a common way to keep them concentrated and they always found funny to talk about sports or animals.

After that distraction, it was time to begin a meaningful conversation with them, concerning Children’s Rights in Africa…..

We talked about certain rights and we promised to have each week a session to discuss about their rights.

Nevertheless, it was heartbreaking to explain to those underprivileged children, what was a child? What were his rights? Considering that, almost none of the basic rights has been respected in a daily life. The only explanation we had in order to reassure them was that, the private associations and other local organizations were putting pressure on the government to establish mechanisms for promoting the rights of a child.

We also asked them to stay at the centre to get educated and in the future, they could, in their turn, take positive actions to promote Human Rights in the Continent.

The volunteers thought that was important to let children express themselves, because, it will help them to dare to speak openly, to communicate, to be recognized by other and to make friends in the group. And another important thing was the fact that, some kids would find that way to fight against shyness and have the possibility to become familiar with the two foreign languages (French and English).

To finish our wonderful class, the last question was about where they would like to travel around the word? And we got surprising answers from children.

We noticed that, they could be illiterate but they are well informed regarding countries ‘names.

What was their secret?......Soccer game on TV, we were so impressed to see that, thanks to soccer games, kids learnt a lot regarding geography. They quoted lots of countries; they wanted to visit, expecting to meet Ronaldo or Lionel Messi…..LOL.

And for that last lesson, our role was to show them in a map the Country’s location. By the way, we took our time to talk about travelling and what they will need to travel. We taught them the role of a passport and we showed them how to make one through a simple drawing…..

Our talibés are so smart, we are proud of them. 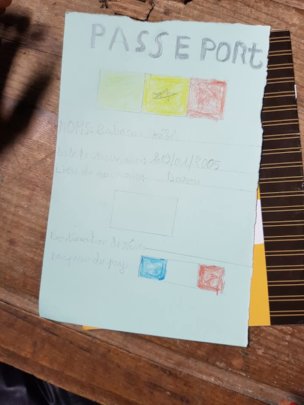 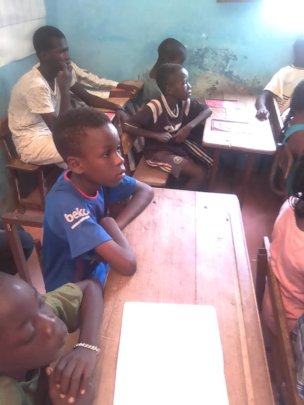 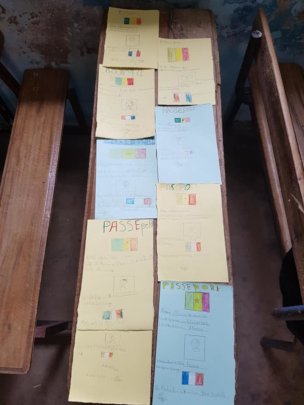 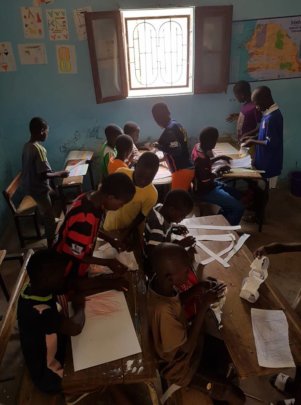 ‹ 1 ... 6 7 8 9 10 11 12 13 ... 34 ›
WARNING: Javascript is currently disabled or is not available in your browser. GlobalGiving makes extensive use of Javascript and will not function properly with Javascript disabled. Please enable Javascript and refresh this page.