mothers2mothers (m2m) just released the highlights of our 2015 annual evaluation and we wanted to share them with you to give you a sense of the impact your donations have had. In 2015, m2m virtually eliminated mother-to-child transmission (MTCT) of HIV among its clients for the second year in a row, according to UN Global Plan guidelines. m2m also significantly improved uptake of Early Infant Diagnosis of HIV, a critical area of global underperformance. Mothers with two or more m2m visits are over seven times more likely to test their babies for HIV at six weeks in the six countries where m2m operated in 2015, compared to women with just one visit. m2m clients are also more likely to test for HIV compared to national testing rates. Furthermore, the m2m model has been seen to be effective in addressing other health challenges, including reproductive health and family planning, nutrition, and TB and malaria screening, and has been shown to save significant money in averted HIV treatment costs.

“Ending paediatric AIDS is within our reach,” says Frank Beadle de Palomo, President & Chief Executive Officer of m2m. “Our model at mothers2mothers has been proven to prevent future generations from being born with HIV.”

“I congratulate mothers2mothers for their outstanding results. mothers2mothers is an example of community engagement at its best. The mothers2mothers social and entrepreneurial business model empowers women living with HIV by helping them have HIV-free children while at the same time helping other mothers,” applauds UNAIDS Executive Director Michel Sidibe.

m2m's facility-to-community platform trains, employs, and empowers local mothers living with HIV as frontline healthcare workers in understaffed health centres and communities. These Mentor Mothers provide essential health education and support to other HIV-positive women in one-on-one and group sessions, enabling women to protect their babies from HIV and keep their families healthy. With the help of generous donors like you, we can be the generation to end paediatric AIDS! 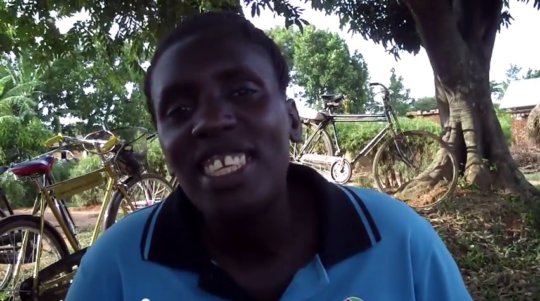 Where has your donation gone?

Thank you for supporting mothers2mothers (m2m) and joining our efforts to end paediatric AIDS. So far we have raised $300 towards our goal of $15,000, but what can $300 really do?

$300 can help employ a Community Mentor Mother (CMM) in rural Malawi for about four months. CMMs are part of a relatively new m2m programme in Malawi, Uganda, Swaziland, and Lesotho to reach women who haven’t engaged with the healthcare system at their homes and encourage them to seek medical care.

Meet one of these CMMs, Musana Aisha, who tested positive for HIV in 2010 during her third pregnancy, and was helped by Mentor Mothers to overcome the shock of her diagnosis and protect her baby from HIV infection.

We hope you will continue supporting Community Mentor Mothers like Musana Aisha. Thank you.

What Makes Us Smile

mothers2mothers (m2m) 2014 annual evaluation of our facility-to-community peer Mentor Mother programme is an example of the progress that we are making in the countries we work.  We are diligently working on the 2015 evaluation, however among m2m’s major achievements, mother-to-child transmission of HIV has been virtually eliminated among m2m clients, according to UN Global Plan Guidelines.

The evaluation – which looks at m2m programme performance in Kenya, Lesotho, Malawi, South Africa, Swaziland, and Uganda – also shows the scale of our service delivery. One in four HIV-positive women who delivered their babies in countries with a m2m presence received education and support from a Mentor Mother, through direct implementation or technical support. Furthermore, nearly 106.700 HIV-exposed infants benefitted from the Mentor Mother Model. ‹ 1 ... 7 8 9 10 11 12 13 14 ... 17 ›
WARNING: Javascript is currently disabled or is not available in your browser. GlobalGiving makes extensive use of Javascript and will not function properly with Javascript disabled. Please enable Javascript and refresh this page.