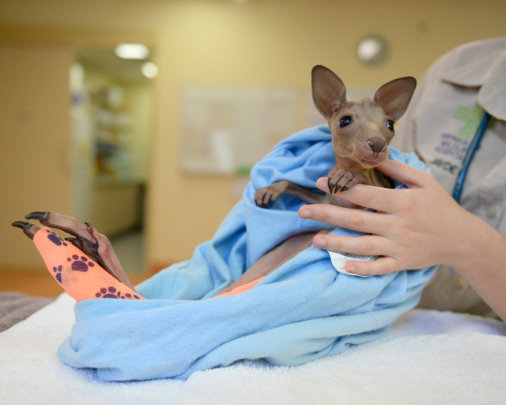 This seven month old orphaned Eastern grey kangaroo joey came to us at the Australia Zoo Wildlife Hospital after his mother was hit by a car. Tragically, his mother’s trauma injuries were severe and she was killed instantly, however this gorgeous little guy managed to pop his head outside of the pouch just in time for the local paramedics - who had been called to the scene of the accident - to notice him. As their ‘human’ services weren’t needed, they proceeded to help the joey out of the pouch and deliver him to safety in the hands of our specialised veterinarian team.

The young joey was incredibly lucky to have escaped any serious injuries; he’s in good health and is recovering from some bruising as a result of the impact of the accident. Rescuers/Paramedics, Ben Clifford and Iain Hunt came to visit the joey the day after he was admitted to give the little fighter a name. They affectionately named him ‘Vitae’ meaning ‘life’ in Latin. Vitae has now gone to a specialised wildlife carer who will look after him around the clock and raise him until he reaches independence.

Sadly, Vitae’s story is not uncommon. He is just one of the many innocent victims of this year’s Trauma Season; the busiest, most confronting time of year at the Australia Zoo Wildlife Hospital.

During the warmer months of the year, animals are moving around more; potentially looking for a mate or dispersing from their mother’s territory. This, unfortunately, leaves them more vulnerable to crossing paths with our rapidly expanding urban areas, often being admitted to the Australia Zoo Wildlife Hospital as a result of being hit by a car or attacked by domestic animals as they traverse across the ground. Thankfully, the Australia Zoo Wildlife Hospital provides first-class care for sick, injured and orphaned animals just like Vitae. 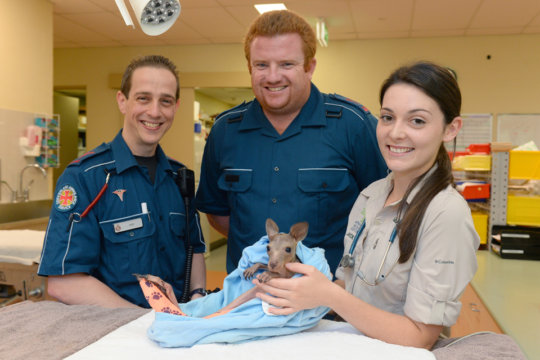 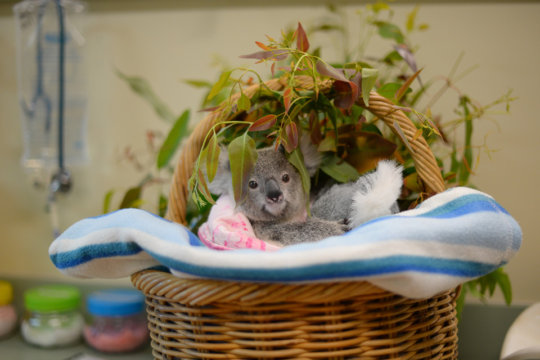 Clinging to a plush toy in the absence of his mum, Shayne the koala joey is just one of the many innocent victims of this year’s Trauma Season; the busiest, most confronting time of year at the Australia Zoo Wildlife Hospital.

Shayne and his mum were on the move when they were hit by a car in a 70km per hour speed zone. Tragically, his mum was killed instantly, but observant rescuers were able to locate young Shayne just 20 metres away. At only 9 months old, Shayne was riding on his mum’s back at the time of the accident and was thrown off from the impact. Being chased by crows, Shayne wouldn’t have lasted long on his own out in the wild and was brought to the Australia Zoo Wildlife Hospital for assessment.

Thankfully, after a thorough examination and x-rays, Dr Rosie confirmed that Shayne had no injuries as a result of the accident; instead, he was dealing with the loss of his mum and the vital life lessons he now needs to learn in order to become an independent, wild koala.

Thanks to the team at the Wildlife Hospital and his specialised wildlife carer, Shayne is in good health two months on; he has been putting on weight, growing with everyday and is well on his way to returning to his home in the wild.

Sadly as temperatures rise, so too do patient admissions for injuries caused by trauma. The warmer months of the year (namely August to February) see breeding wildlife on the move, making them more vulnerable to injury during the booming holiday season. The team at the Australia Zoo Wildlife Hospital work very hard to give each and every animal that passes through the doors the expert care they need for a second chance at life. Having treated over 66,000 native Australian animals, the Wildlife Hospital will continue to treat patients no matter the cost because our belief will always be that by saving one animal, we can save the species. 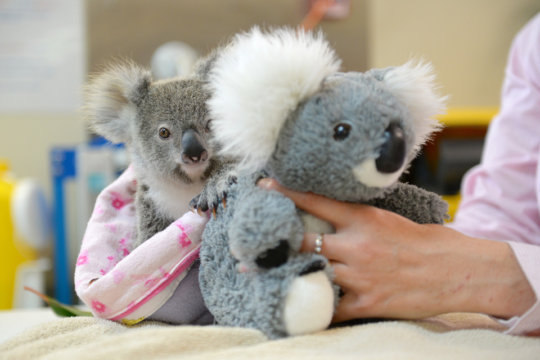 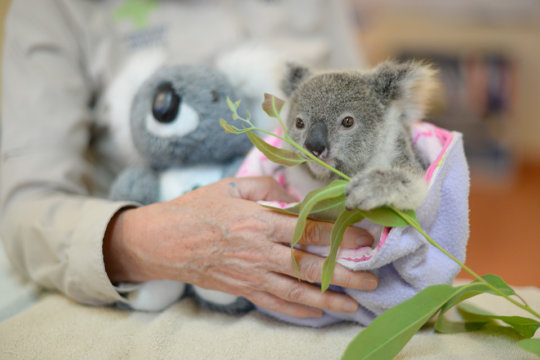 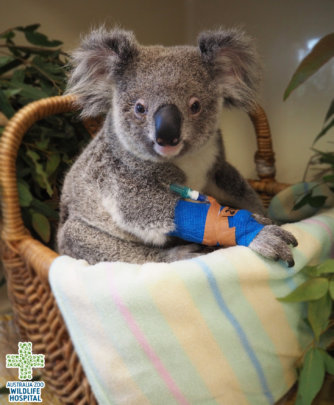 With mum’s permission, Molly the koala joey began the search for her own home. While on her new adventure, Molly mistook a backyard fence as yet another obstacle to face while finding the perfect tree.

In our hot summer weather, poor Molly was stuck on a roof of a home with no shade, no water and no food for three whole days! Molly did her best to find a way off the roof and out of the scorching heat but the barking dogs in the backyard meant there was no safe escape.

On the third day, Molly was desperately weak and dehydrated. She mustered enough strength to let out a ‘yip’ (a baby koala’s cry) and thankfully drew the attention of the homeowners. After being rushed to the Australia Zoo Wildlife Hospital, Molly was immediately treated for dehydration and exhaustion. To make matters worse, during her examination, Molly also tested positive for conjunctivitis.

Molly is now receiving some much-needed TLC from the Hospital team and once her conjunctivitis has cleared, she will be released back into the wild in an area away from any potential threats. With the help of your donations, Molly will be able to safely resume the search for her new home soon.

‹ 1 ... 5 6 7 8 9 10 11 12 ... 17 ›
WARNING: Javascript is currently disabled or is not available in your browser. GlobalGiving makes extensive use of Javascript and will not function properly with Javascript disabled. Please enable Javascript and refresh this page.