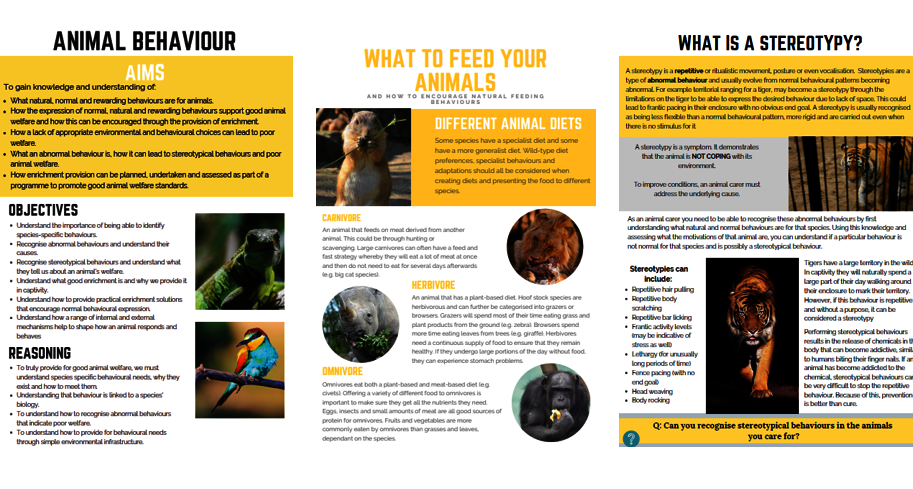 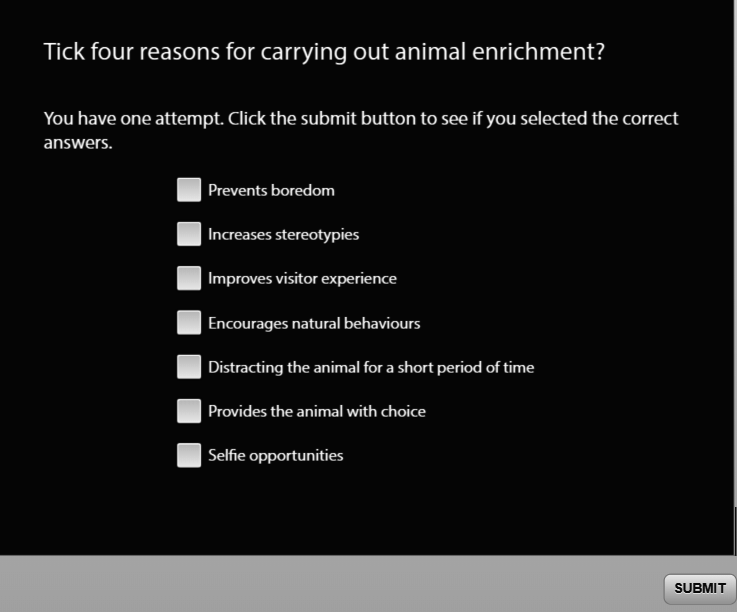 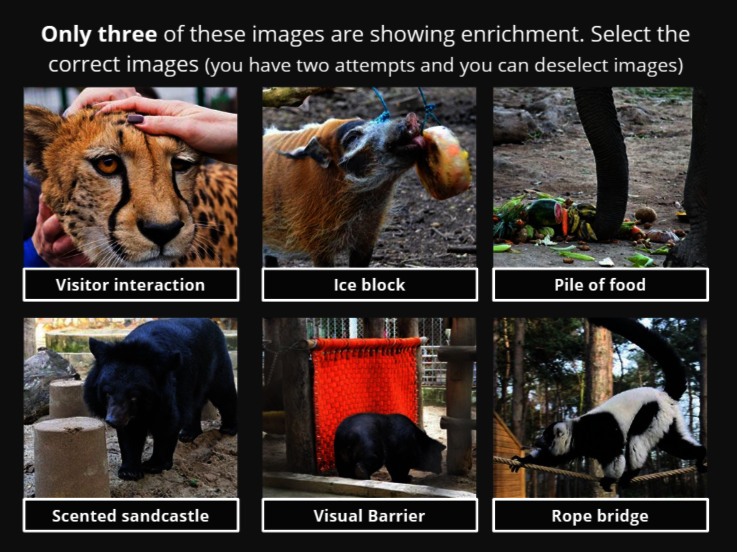 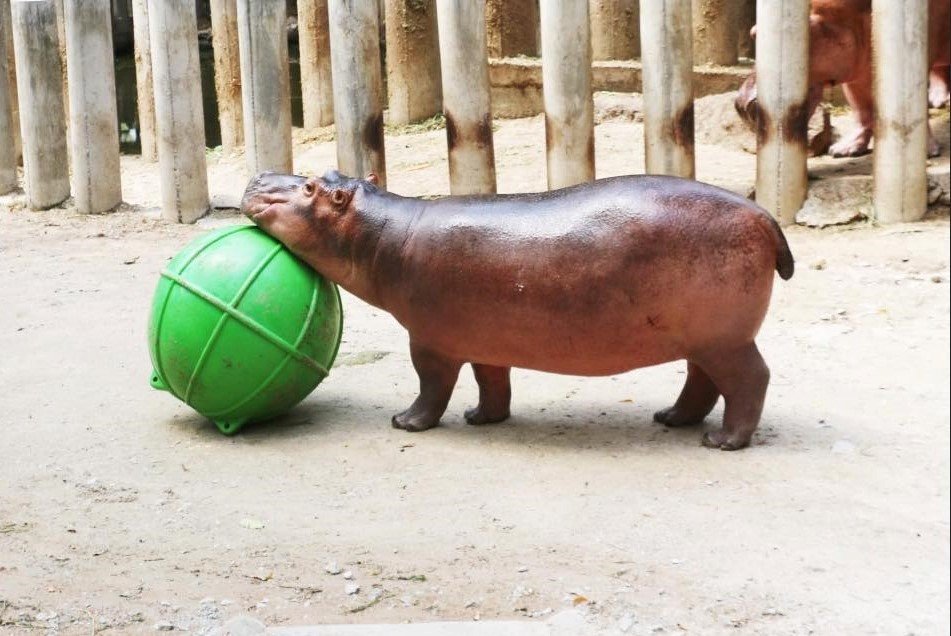 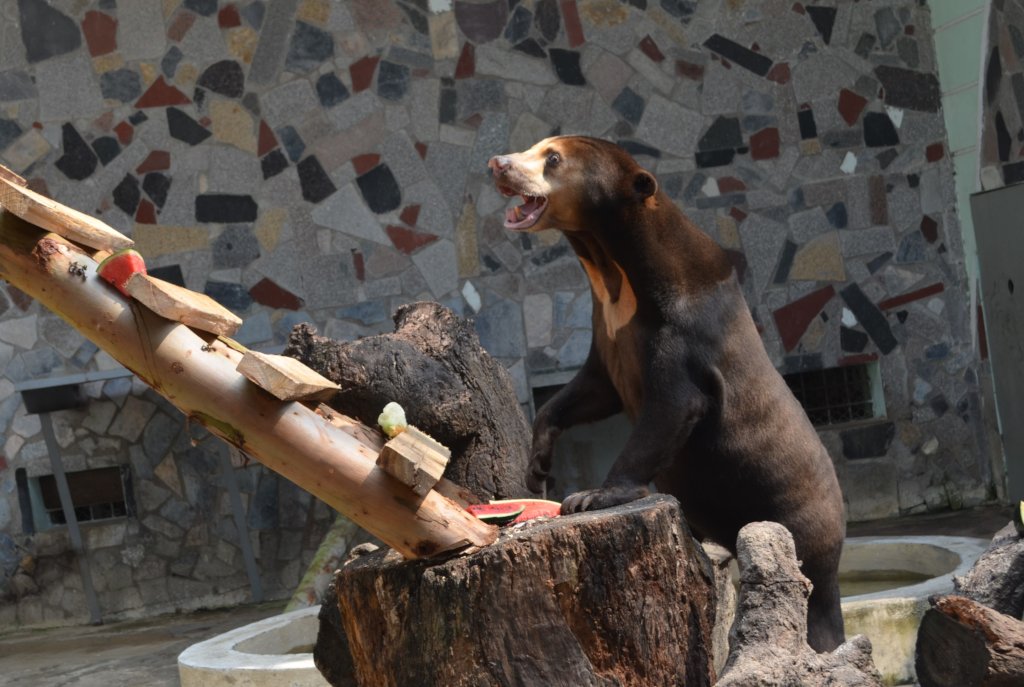 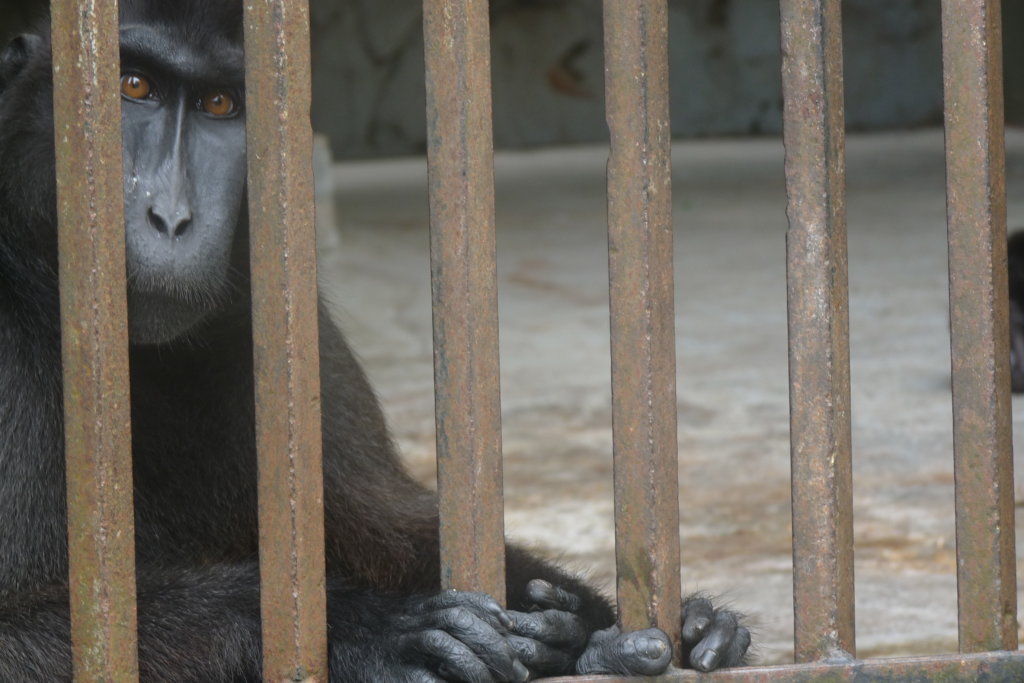 Help An Animal Live a Life Worth Living
Over the last few months, due to the Coronavirus pandemic, our operations have been a little different than usual. Since our last report at the beginning of March COVID-19 has, like all other...

Help An Animal Live a Life Worth Living
During the first few months of the year the team at Wild Welfare have been busy planning and implementing projects across the globe to help captive wild animals live a life worth living. Thanks to...
Read All Project Reports
WARNING: Javascript is currently disabled or is not available in your browser. GlobalGiving makes extensive use of Javascript and will not function properly with Javascript disabled. Please enable Javascript and refresh this page.